Kenya is a nation of superlatives: Vast herds of wildlife roam endless savannas; extreme mountains tempt intrepid adventurers; teeming urban cityscapes throb with commerce and culture; and some of the oldest nomadic tribes on Earth still roam. Towering acacia trees stand sentry on lands where ground-breaking archaeological discoveries have been made, while immense flocks of flamingos turn the entire sky into a pink blur of wings and feathers.

Which is why Kenya can’t be beat as an introduction to Africa. One of the most popular countries for first-time travelers to the continent, it hits all the marks for those who want the classic “African experience” combining safaris, cultural exploration, and rugged adventure. One day you can watch millions of wildebeest wandering the plains, the next you can meet Maasai warriors sporting vivid red shawls, the next you can loll on the idyllic palm-fringed coast, and the next you can climb one of the highest peaks in Africa.

Kenya is blessed with a wide range of protected wildlife habitats, which translates to lots of game-viewing opportunities. In the national parks, private reserves and community conservancies run by indigenous people, there is hardly an animal you can’t see here, from big cats on down to the smallest birds. Some of the most recognizable names in the world – Serengeti, Masai Mara, Amboseli — contain the most sought-after animals, and some of the most luxurious safari camps.

Amid the iconic totems of Kenya’s natural bounty, it’s easy to forget that the country is also home to some of most intriguing cities in Africa, which bridge the gap between Kenya’s modern, forward-facing future, and its rural, traditional past. Nairobi is east Africa’s biggest, poorest, richest and most culturally diverse metropolis, while Mombasa offers a combination of laid-back beach resorts, an Arab-influenced Old Town, and 500-year-old monuments that remind us of the city’s – and Kenya’s — long and storied history.

Safety: Falling crime rates over the last few years have been good for tourism, but an unfortunate spate of terror attacks have threatened to impede that progress. It is recommended that you check with your home country’s government travel advisories before booking a trip to Kenya. At the moment there is an elevated risk of kidnapping or assault near the borders of Somalia and South Sudan, Garissa County, the Eastleigh area of Nairobi, Lamu County, parts of Tana River County, and the area north of Watamu. You must gauge your own personal tolerance for risk. The likelihood of being a victim of crime or terrorism is slim, but present. 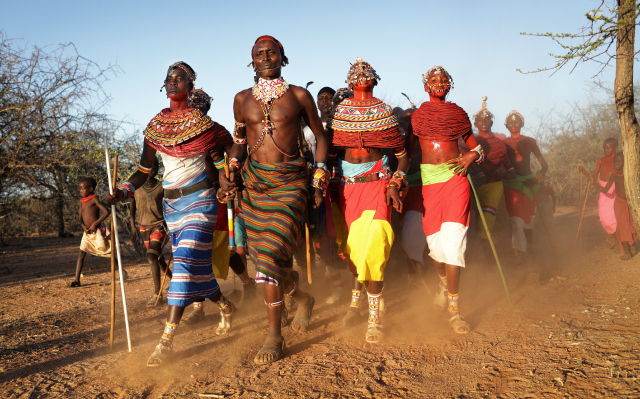 Nomads And National Parks: A Guide To Northern Kenya

A visit to Kenya’s vast northern region is a true adventure: nomadic tribes still herd cattle across the harsh desert and scrubland; wild frontier towns provide respite from the heat …