Just off the coast of northern Kenya, Lamu Island is the stuff tropical fantasies are made of: beautiful empty golden beaches fringed by palm trees and flanked by the gently lapping waves of the warm Indian Ocean. Here an exotic ambiance is created by traditional Swahili architecture and culture, photogenic fuchsia pink and neon apricot sunsets, and dhows sailing across the horizon. It’s a laid-back pace so relaxing you’ll never want to return to the mainland.

Unlike other Indian Ocean islands, Lamu is blissfully undeveloped – there are no sprawling resorts or high-rise hotels. Instead there is just a handful of hotels, guesthouses and luxury villas.

If that wasn’t motivation enough, here are eight reasons to visit entrancing Lamu. Once you’re there, you’re guaranteed to find it hard to leave. 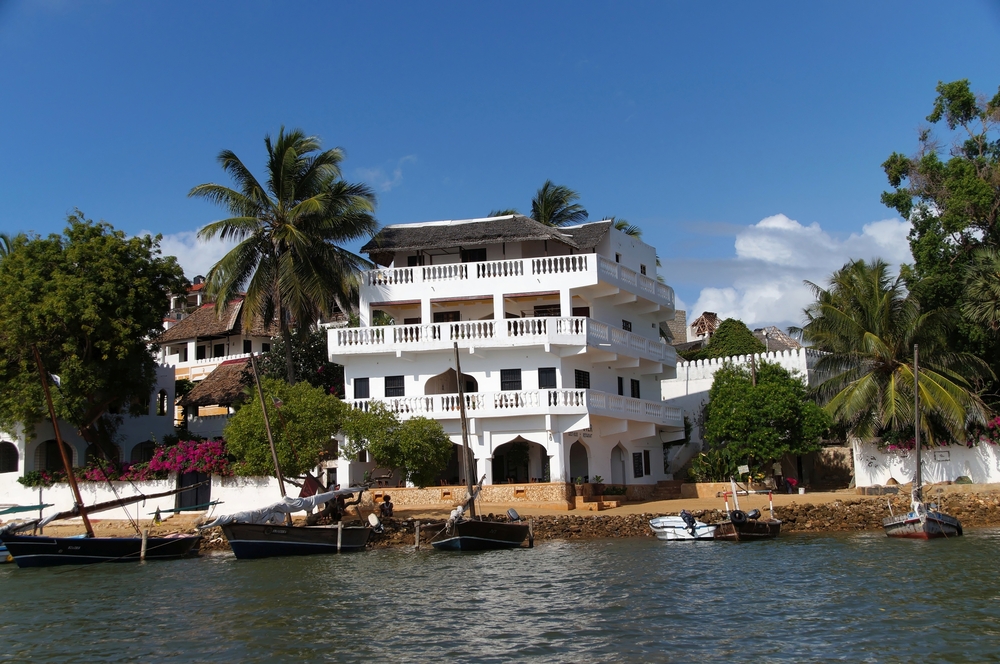 Lamu is home to the Kenya’s oldest town, which is protected as a UNESCO World Heritage Site. Located at one end of the island, Lamu Old Town is the best-preserved example of a Swahili settlement, and reflects influences from Portugal, India, Oman and Persia – people from this region of the east African coast have been in contact with the Middle East and Asia for over a millennium. The best way of engaging with this fascinating history is by visiting the Lamu Museum, full of artifacts and exhibitions detailing hundreds of years of the island’s settlement.

A short boat ride from Lamu Town is Shela Beach, which is where most tourists to the island stay. It’s easy to see why: there’s a 12-kilometre stretch of beautiful beach that never gets busy, a tiny, sleepy village of narrow streets cushioned by bright pink bougainvillea that’s home to an eclectic assortment of expats and bohemian travellers, shops selling quirky souvenirs, beautiful kikoys, handmade locally designed jewellery and bags made from recycled dhow sails, a few laidback cafes and restaurants, some lovely guesthouses and a yoga centre.

The best place to stay on Shela is the Peponi Hotel, which has been a Lamu favourite for decades. It is set right on the beach, with stylish Swahili-style rooms spread out in a pretty garden, a baobab-shaded swimming pool, friendly staff and superb food.

With a mixture of African, Arab and Indian influences, Swahili food is delicious and rich in flavour and spices, and the seafood from the ocean around Lamu is abundant. Expect dishes such as Swahili curry accompanied by freshly grated coconut, coriander, tomato, onion, yoghurt, sour pickles, sweet chutney, rice, poppadums and buttery naan bread, coconut-crusted prawns, crab samosas (fried triangles of paper-thin dough with a spicy filling), and mangrove crab in ginger sauce.

Lamu Island has an excellent coral reef teeming with tropical fish, making it a great snorkeling destination. Head out to the offshore reef on a dhow or speedboat, strap on a mask and snorkel and be transported to an underwater aquarium! If you’re lucky you’ll get to swim with dolphins and turtles as well as schools of fish. 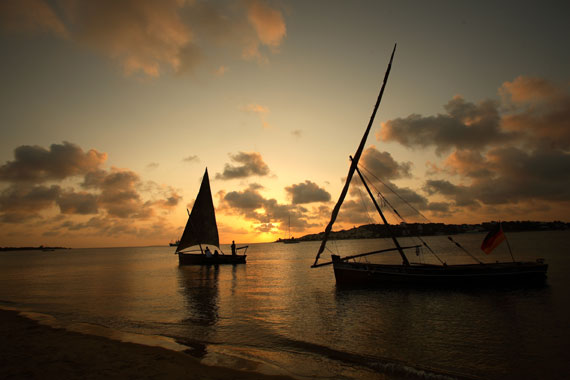 Dhows are the traditional sailing boats of the Indian Ocean, in use for over a thousand years. They’re still in use on the east African coast, and with billowing sails and weathered wooden hulls, they’re utterly romantic. Go sailing on a dhow just before sunset to catch the golden orb disappear behind the ocean horizon, or sail to the old ruined city of Takwa on Manda Island, which is just across the channel from Shela Beach. On special festival days and frequently between July and April there are dhow races, where locals compete for top honors – events not to be missed!

With its laid back pace and beautiful setting, Lamu a perfect place to get your stretch on. In recent years yoga has become popular on the island, and several boutique hotels and backpackers offer classes, such as Banana House, which has twice daily lessons in an open-air studio and Fatuma’s Tower, which has daily afternoon lessons and regular yoga retreats. Then there’s also a newly established annual yoga festival on the island, which offers four days of yoga and meditation classes in studios and on the beach, workshops, dhow sailing and beach parties with drummers and acrobats. 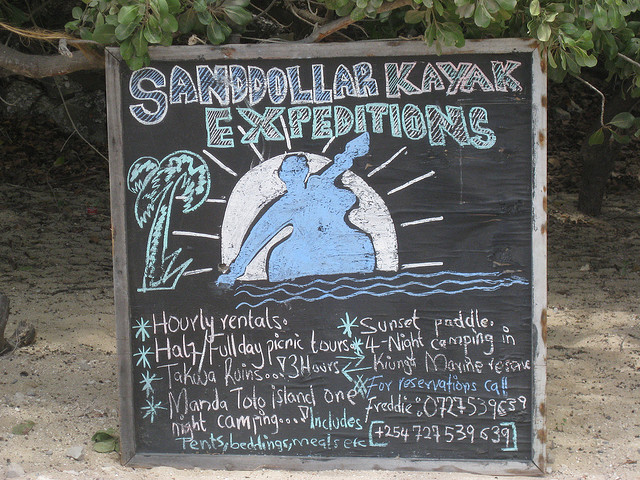 If you’re the kind of person who likes a bit of adventure in the water rather than a lazy swim, Lamu has a wealth of fun watersports on offer, ranging from kitesurfing, windsurfing and kayaking to sailing, waterskiing and wakeboarding. 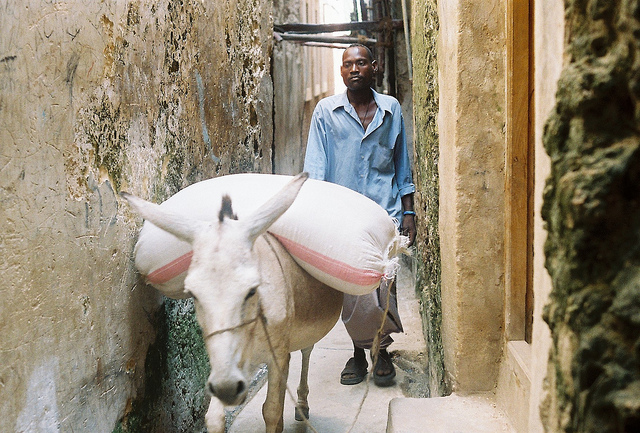 There are no cars on Lamu (except for a jeep owned by the District Commissioner, and two ambulances), so everything is transported by 2000 sweet grey donkeys, which can be found plodding away, all over the island. You can ride a donkey, like all the island residents do to get around, and visit the Donkey Sanctuary, to see how donkeys in need are cared for, and if you’re in Lamu during the lunar month of Rabi’ al-awwal (which takes place either in December, January, February or March), you’ll see donkey racing: jockeys lead their steeds along the length of Lamu town in a much-celebrated festive event.