In those first few days, I wasn’t sure what to make of Madagascar. At the onset of my two years as a Peace Corps Volunteer there, I had been dropped in a small village outside of the capital, its lake and pine trees far too similar to the Washington wilderness I’d left behind for me to believe I’d just traveled to the other end of the world.

But then, I traveled north. Our little bus vibrated from the loud bass in songs by Black Nadia and Tense Mena, and a few hours north of Antananarivo (Tana for short) the country seemed to open up, revealing a vast and dramatic vista of red rolling hills, the pines eventually giving way to palms.

Traveling into a scene that truly felt unfamiliar, I began to fall in love with how dramatically the landscape, people, and nature in Madagascar could change if you just sat on the bus for enough hours. It looks deceptively small on a map next to the enormous continent of Africa, but within its borders, I’d soon discover an infinite amount of adventures.

Meandering up towards Mahajunga, a vibrant coastal town north on the country’s main highway from Tana, we stopped to explore tsingy forests — think of 30-meter-high, grey, porous, rock spikes instead of trees — before ending our trip at a white-sand beach near Diego, eating fresh grilled fish and mangoes while looking out over calm turquoise waters. 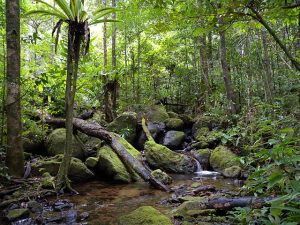 To the east, we got lost in lush rain forests filled with a dozen different types of lemurs, miniature chameleons, and delicious tropical fruits. In the west, we wiped the dust off our faces while driving through baobab-dotted deserts, and finally retreated to the cool, rolling hills of the highlands outside Antsirabe — a pleasant, smallish city perfect for discovering traditional Malagasy culture.

But among all of Madagascar’s natural beauty, it was Andringitra, the rugged, lesser-traveled sister park to nearby Isalo, that really captured my heart. It was here that Liz, another volunteer who lived there, and I sat on her porch watching shooting stars fall in front of a shadow of the nearby mountains. It was here that we climbed up a tall rock face, as a playful lemur ran up ahead of us. And here that we hiked to the tallest point on the island, Pic Boby, before returning to our campsite where we would celebrate our accomplishment by drinking moonshine made from sugar cane with our guides.

It’s true that the first thing I loved about Madagascar was its varied, beautiful, and at times otherworldly nature — perhaps the one thing the island is best known for — but it was the people who made me slowly come to feel like the island was home. 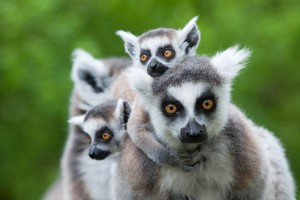 It was the petite, motherly juice vendor who lit up every time I came by to buy a bottle of fresh tamarind or guava juice, genuinely curious to hear how I’d been. It was the market women with their colorful lambas wrapped around their waists, haggling over neatly stacked pyramids of tomatoes. They’d warmly laughing when I asked “do you have a gift for me?” then hand over an extra tomato or two.
More than anything, there was the notion of “mandrosoa”, a word that translates both as “welcome” and “come join us/me,” that I always loved. Walking down a dirt path, someone would call from their house, or a basketball game, or from their own walk “mandrosoa!” Stranger or friend, I was always welcome, made to feel welcome, among locals — though usually not without a few curious stares and whispers of “vahaza” — a term meaning (white) foreigner.

Of course, Madagascar, like most developing nations, isn’t without its problems. Forbes declared it the worst economy in the world in 2011. Floods recently destroyed parts of Tana. Roads are in various states of decay, teachers are underpaid, and some areas have nothing more than cassava to eat for months on end. Foreign men openly indulge in prostitution, sometimes with underage boys and girls. Chinese corporations illegally harvest rosewood, disrupting natural wildlife habitats, and bandits in the sparsely populated west cause trouble and steal cows — like something out of an old western movie.

Regardless, I never met a Malagasy person who couldn’t rattle off a list of things they loved about their country; things — however simple — they were proud of: organic vegetables, the delicious zebu (a humped cow found throughout the island), music, lambas, the people themselves.
Whenever I sat next to a stranger on yet another long and bumpy bus ride, they’d inevitably ask “Mahafinaratra ve i Madagasikara?” (Madagascar’s wonderful, yes?). They seemed hopeful that I, a vahaza, would appreciate their country as they did.

“Mahafinaratra be i Madagasikara,” I would reply. Because that’s the truth: Madagascar is wonderful.

More reasons why we love Madagascar: