The massive pyramids of Egypt reigned as the largest and tallest structures in the world for nearly four millenia. All were built in the path of the setting sun on the west bank of the Nile River, which the ancient Egyptians considered the realm of the dead. Of the 118 known pyramids in Egypt, here are ten that we consider the most captivating. 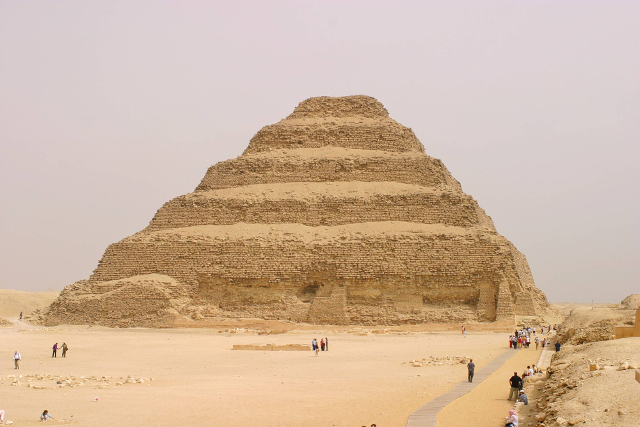 Starting out our list is the first known Egyptian pyramid ever constructed, which it sits atop of six mastabas, ancient tombs that are rectangular in shape. It was built in Saqqara in 2700 BC for the burial of Pharaoh Djoser by Imhotep. While only slightly over 200 feet tall, the structure was the largest cut scale construction of its time. The pyramid of Djoser set the stage in design for the pyramids that were built over the next 1,500 years. 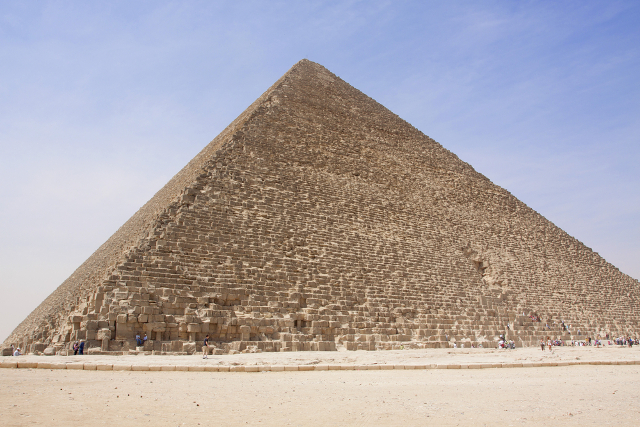 Also known as the Pyramid of Khufu, this is the oldest of the three pyramids of the Giza Necropolis and one of the Seven Wonders of the Ancient World. Although significantly aged, it is the only of the three to remain mostly intact. At almost 500 feet tall, the pyramid was the largest man-made structure in the world for close to 4,000 years. This record was not surpassed in height until the Lincoln Cathedral was completed around the year 1300. Researchers believe that the structure took 10-20 years to complete and contains over two million limestone blocks. 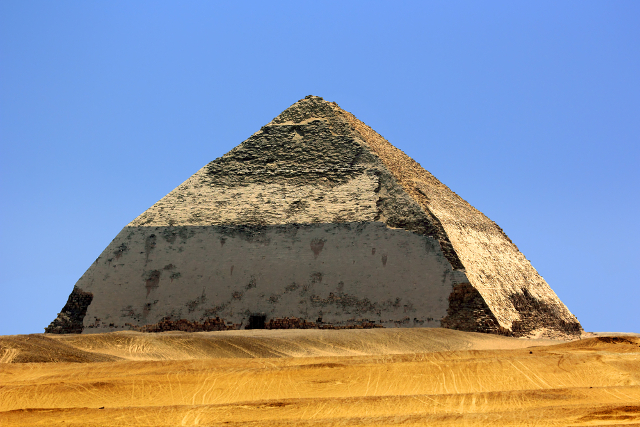 Located in the royal necropolis of Dahshur, the Bent Pyramid lies 40 kilometers south of Cairo and is the second pyramid built by Pharaoh Sneferu. This pyramid is compelling because archaeologists believe that it represents a transitional form in the construction of pyramids from smooth-sided to step-sided. 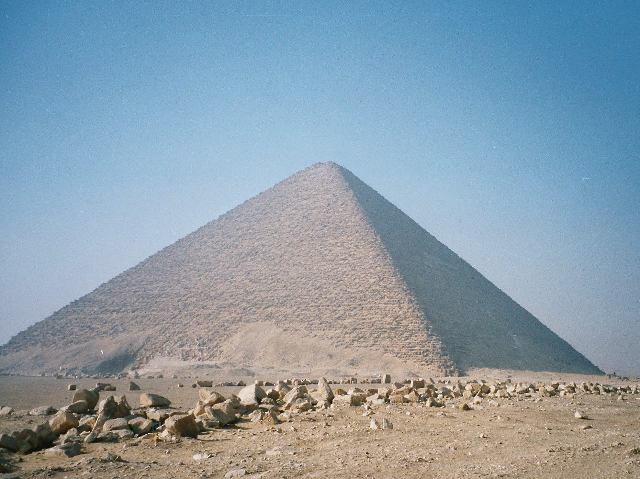 Also located within the Dahshur necropolis, the Red Pyramid is named after the reddish hue of its granite stones. It is the third-largest Egyptian pyramid and the third-largest granite structure in the world. The low angle slope of this marvel makes it look wide and stubby, Egyptologists believe it was built this way because of an engineering crisis during the reign of Sneferu. 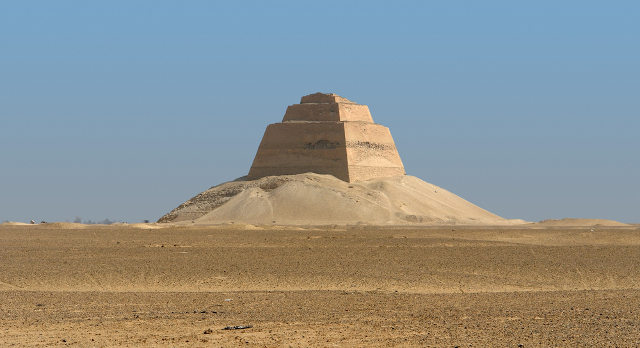 The architect of this oddly shaped pyramid was the successor to Imhotep, who invented the original stone built pyramid. The pyramid is actually two buildings in one, with the inside one showing remnants of the original step pyramid design. The top of the pyramid collapsed at some point during the reign of Sneferu and changed the building styles of later pyramids to come. 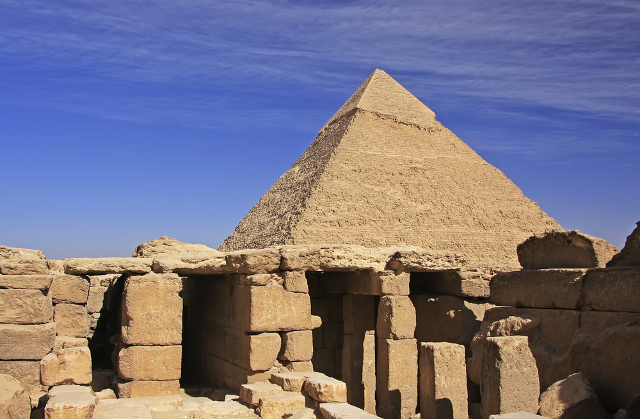 Also known as the Pyramid of Chephren, this pyramid is the second largest of Pyramids of Giza. It is believed to have been robbed of many of its ancient artifacts and artwork around 2100 BC. The famous sphinx sits close by and is thought to have been part of the original complex. 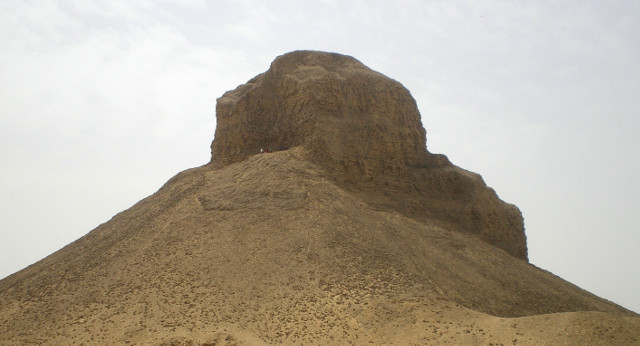 As one of the five remaining pyramids of the original 11 at Dahshur, the Black Pyramid received its name due to its dark, decaying appearance, and was built by King Amenemhat III. Instead of stone, the pyramid is made of mud bricks that have suffered serious erosion throughout the centuries. This superstructure was the first pyramid to house a deceased pharaoh during the Dahshur area. 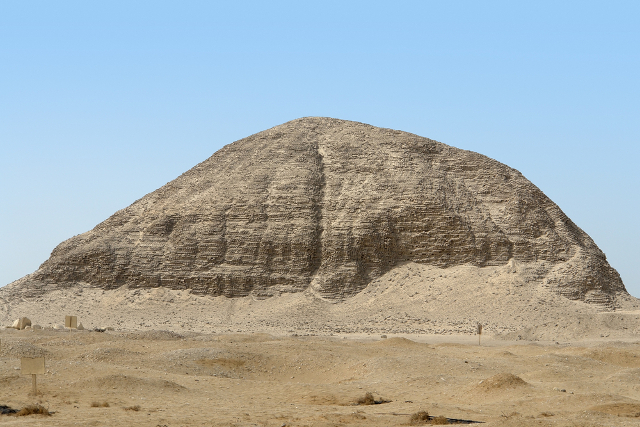 This strange structure is believed to be older than the Black pyramid and was built by the same ruler, Amenemhet III. The entrance to this pyramid has sloping passageways and multiple 20-ton trapdoors that protected against would-be robbers. Additionally, it had an intricate maze that included several empty rooms to further deceive the robbers and give time for the guards to catch them. 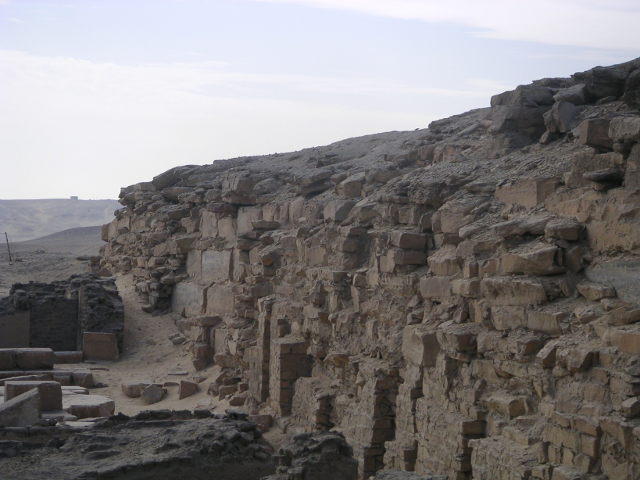 More ruins than pyramid, this construction was unfinished during the 5th Egyptian Dynasty and long ignored by Egyptologists. However, the inside included several sanctuaries filled with statues and relics of Pharaoh Raneferef. If construction had been completed, it would have been the second-smallest pyramid built for a pharaoh during the Old Kingdom of Egypt. 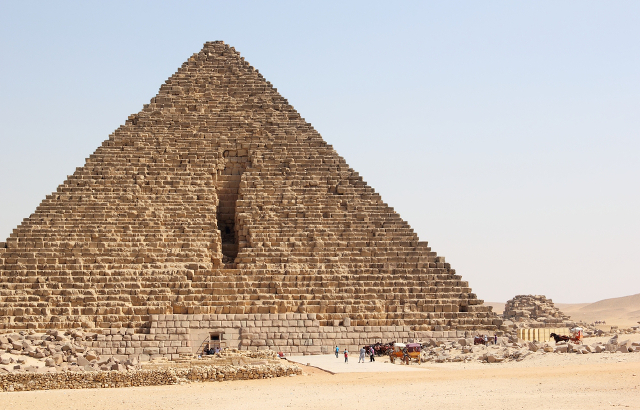 The final pyramid on our list is the smallest of the Great Pyramids of Giza. Its date of construction is unknown, as is the date of the right of the pharaoh it was built under, Pharaoh Menkaure. In the 12th century AD, Saladin’s son attempted to demolish the pyramid, giving it the famous gash. Thankfully workers were not able to destroy it, and along with the other Great Pyramids of Egypt, it remains standing.

12 Things To Do In Cairo Besides Seeing The Pyramids
Guide To The Pyramids of Giza
Egypt Never Looked So Good: 10 Incredible Aerial Shots That Will Change Your View Of The Country