The pyramids shouldn’t be the only reason you’re heading to Cairo. As a huge and bustling African metropolis, it has far more to do than look at some 4,500 year-old stones. From partying it up at a dance club, to dining on the Nile, to chowing down on delicious street food, here are 12 things to do in Cairo besides the pyramids.

Explore the amazing architecture in downtown

Cairo is an architectural relic in itself, and downtown has a bulk of some of the best buildings in the city. Go for a stroll and see the famous balconies that seem to stick out from everywhere — just be to sure to look close, much of the architecture is full of the rich detail of a bygone era. It’s definitely one of the best things to do in Cairo.

Go back in time at the Egyptian Antiquities Museum

If you enjoyed the Egyptian section at museums in New York or London, be prepared to be blown away. The Egyptian Museum has the words most extensive collection of antiquities from the pharaonic eras. The collection was established in the 19th century and boasts 107 halls filled with artifacts dating from prehistoric time through the Roman periods. It also houses over 160,000 objects. Plan to be there for awhile.

Vent has become a staple of the local nightlife scene featuring cutting edge local performers, hip-hop nights, and DJs throughout the week. It’s a great place to go if you want to interact with locals and avoid the touristy stuff. 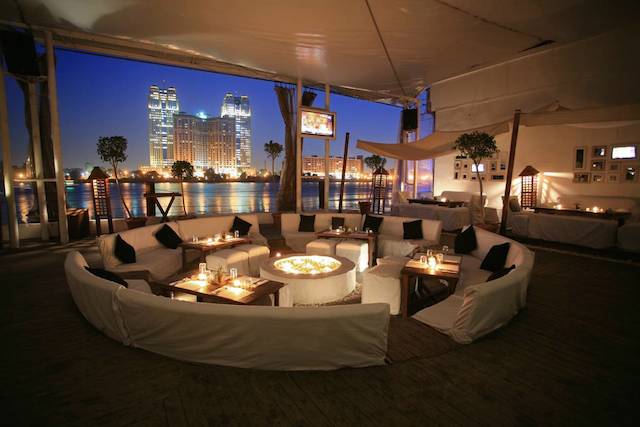 Dine at Sequoia for great views of the Nile

See a movie at Lido Cinema

In 1994, a fire burned down much of the historic Lido Cinema. But in 2014, the cinema reopened and you can now watch movies in this historic location. For showtimes, check this site.

Have some sweet treats at Groppi

At over 100 years old, Groppi is one of the best-known bakeries in Egypt and specializes in delicious pastries and chocolate. The location also used to supply Egypt’s ruling classes with the best baked goods the country has to offer. If you’re in downtown and have a sweet tooth, it’s a must. 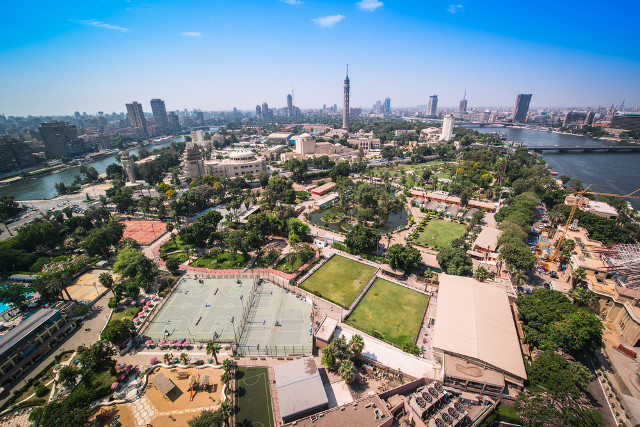 Go shopping in the Zamalek district

For some unique goods, head to the Zamalek district to go through the antique stores and cute boutiques that line the streets and alleys. The district happens to be on an island in the middle of the Nile, offering some cool views of the city as a bonus. 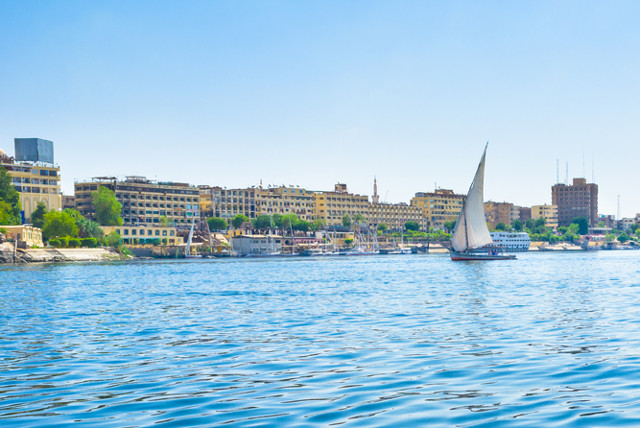 Go on a felucca ride

One of the best ways to experience the greater Cairo area is by going on felucca ride down the Nile. You’ll be able to see a good chunk of Cairo’s metro, and probably catch an amazing sunset to boot. It’s the perfect way to chill out after spending a few days walking through the city. 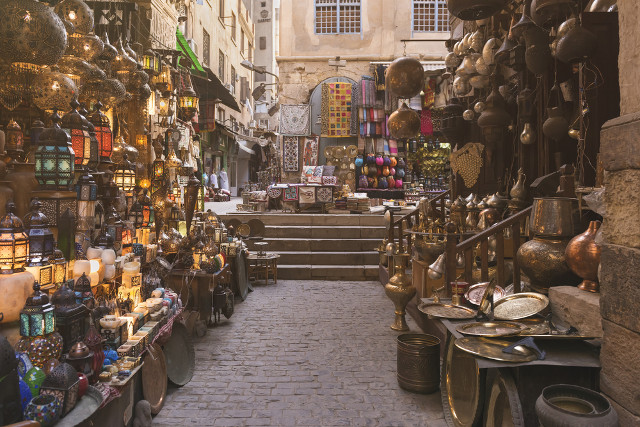 This open-air market is the largest in Cairo and features a plethora of vendors selling jewelry, souvenirs and exotic spices. It has been the place to go find a bargain in Cairo since the 14th century. Even if you don’t buy anything, the experience alone will still be worth it. 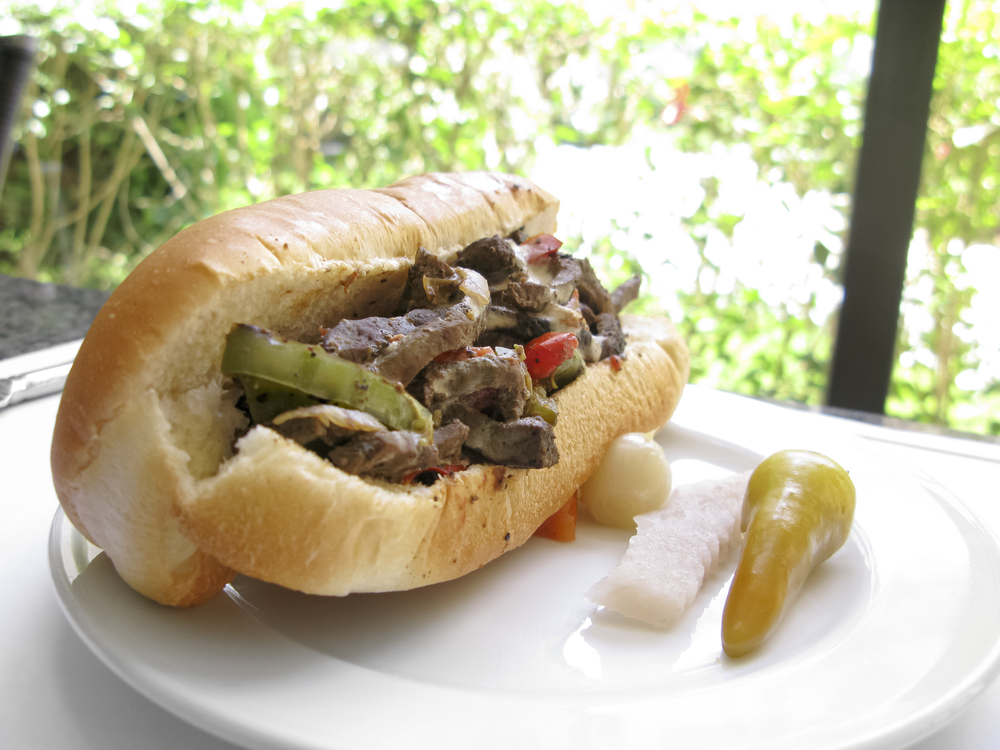 After building up an appetite, head down to Cairo’s Islamic quarter to get a taste of the local cuisine. From molokheya (potatoes with meat) to liver sandwiches, the food of Egypt is sure to take your taste buds away to a place few get to explore. 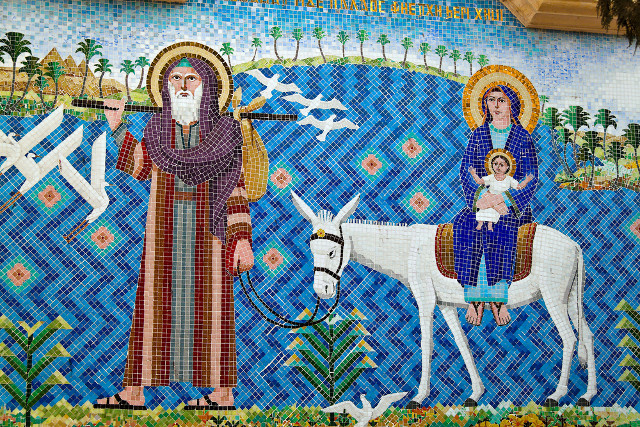 This quiet neighborhood in the middle of Cairo features several important sites including the Nunnery of St. George and the crypt of the Holy Family under St. Sergius Church. The Ben Ezra Synagogue is also here, and is rumored to be the spot where Moses was hidden in the Old Testament. If you’re into museums, the Coptic Museum has one of the largest collections of Coptic Christian artwork in the world.

Chill out in al-Azhar Park

After a long day of exploring the city, you’ll inevitably be pretty exhausted. Al-Azhar Park is the largest natural area in Cairo and makes a great place to relax after a long day in a relatively quiet area. The area also features some cool gardens that add to the lush and tranquil feel.

Hip Hangouts: Cairo’s Best Coffee Houses And Cafes
Photo Essay: A Journey Through The Colorful Streets Of Cairo
10 Cairo Festivals You Should Know About