The Moroccan city of Chefchaouen (called “Chaouen” for short) is a bewitchingly blue-washed dreamland. Viewing it from above is like looking at a city under water; visiting on the ground is a transcendent full-immersion experience where the color wraps around you on every winding street. And its residents are anything but “blue”– they’re relaxed, courteous, and welcoming. Here are 10 things you didn’t know about Morocco’s Blue City. 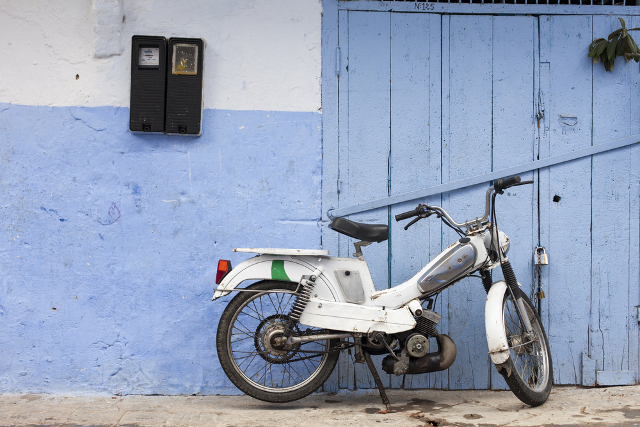 It’s easy to get to

This small city, which boasts a population of around 40,000, lies in the northeastern part of Morocco, in the Rif Valley Mountains. Chefchaouen is easiest to reach by flying or sailing into Tangier (roughly 72 miles away), and traversing the connecting roads via Tetouan.

It’s got a fascinating back story

The name Chefchaouen means “two horns” in the Berber language, and is a reference to a mountain sliced in two by the valley where the town rests. In 1471, a small fortress was built by Mulay Ali Ben Rachid (considered a descendant of the Prophet Muhammad) in order to block the Portuguese invasion and enhance trade. Later, following the expulsion of Jews and Muslims from Spain during the Inquisition, Chefchaouen became a refuge for thousands. Until the Spanish occupation in the 1920s, the town was closed to most visitors. Chefchaouen gained independence along with the entire country of Morocco in 1956. 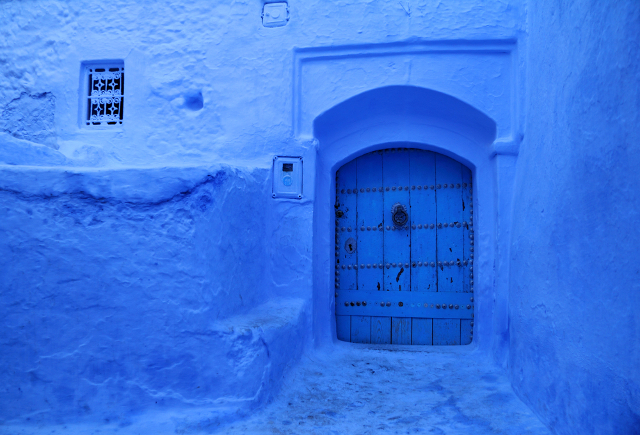 The blue has powerful symbolism

In the 1930s, the Sephardic Jewish refugee population took their brushes and went to work coloring the walls of their houses with a talcum-based blue paint. The prevailing theory is that they were aiming to create a visceral reminder of God’s power, similar to the way the Jewish refugees in the ancient Israeli city of Safed did to their homes. While the Jewish population in Chefchaouen has been slowly supplanted by a Muslim one, their influence on the design of the city remains. 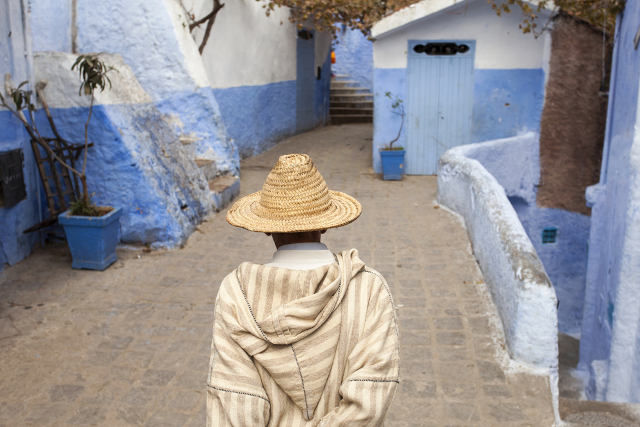 It’s a great place to get away from the crowds

Chefchaouen is not mobbed with tourists like Marrakesh or Fez. The town does experience a small stream of mostly European visitors, especially in the summer months. The 200-plus pensions attest to this, as do the ubiquitous marketplaces where local artisans make handcrafted souvenirs to generate income. 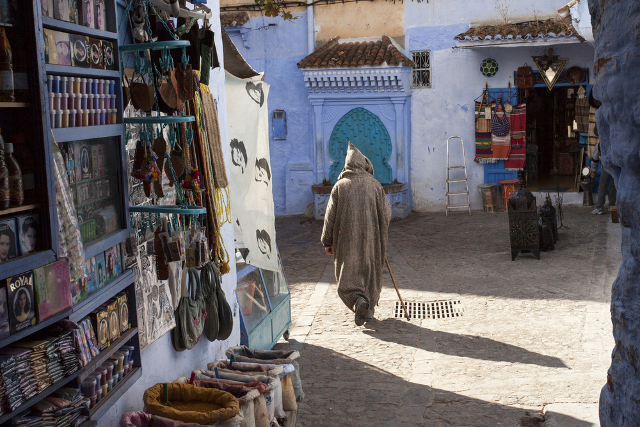 Leather is the main draw, and there are many privately owned leather-making shops in Chefchaouen. The products — wallets, purses, satchels, shoes and more — are often found for sale in larger Moroccan cities. Many of the country’s leather artisans went through their apprenticeships in Chefchaouen. Other products made in this city include goat cheese, wool items, clothing, woven cloth, spices, and oils. 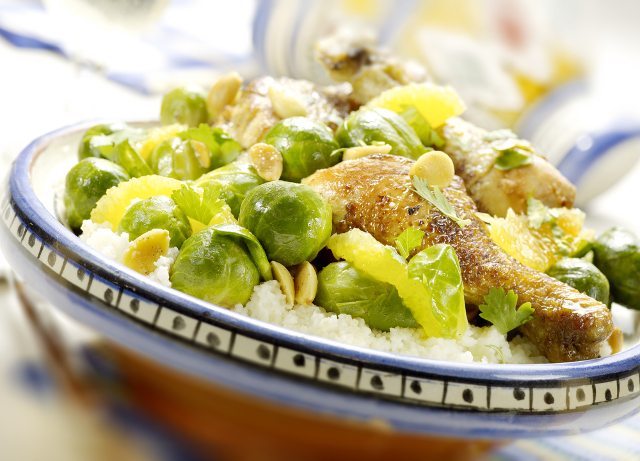 You should try the local delicacies

Baissara is a traditional split pea soup that is particularly popular in Chefchaouen. Another extremely popular meal is tagine, a stew made with fish or meat, vegetables and couscous infused with spices; also try grilled meats, and mint tea — which is consumed all day long, casually or ceremonially. 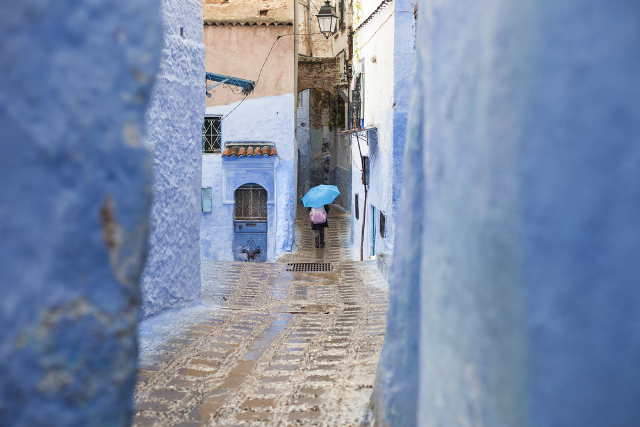 Some notable mosques in Chefchaouen include the Place Uta Hammam, arguably the city’s center of Islam. Another famous mosque is the small yet charming Jemaa Bouzafar, set outside the city and allegedly damaged during Spanish occupation. Its twisty, decaying stairs are still climbable for a spectacular view of the hills and famous architecture of Chefchaouen. A lush green kasbah rests in the garden of the old city and contains the remnants of an old prison. 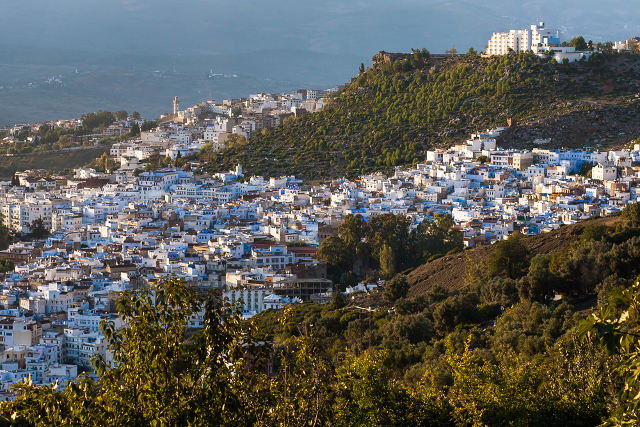 The local cooling-off place is Ras el Maa, not far from the medina. Villagers and tourists alike can be found there on hot days, swimming  or lounging around to escape the heat of the summer months. For fabulous views with the medina in the distance, head past a cemetery and up a hill on the southern outskirts of the town to the Hotel Atlas. 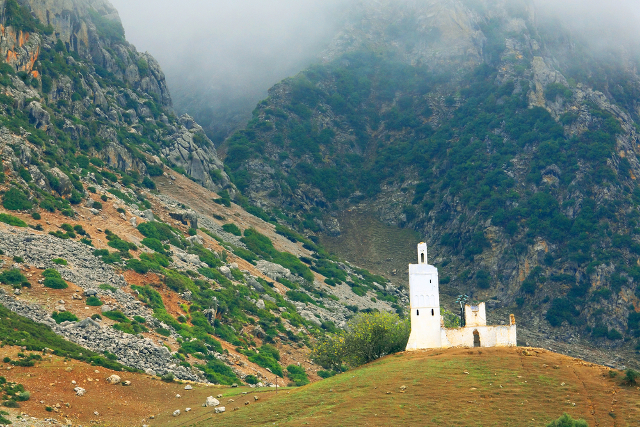 It is considered the “Amsterdam of Morocco”

Most tourist websites and guidebooks either caution or encourage the consumption of a certain green herb that covers the hills outside Chefchaouen. There, it’s called kif. Elsewhere it’s know as ganja, dope, or pot. Either way, Chefchaouen is known as the area’s largest exporter of it. Armed men guard the slopes, and vendors can get pushy to the point of dangerous towards tourists. Note: While smoking hashish and marijuana may be common in this town, it’s illegal in Morocco. 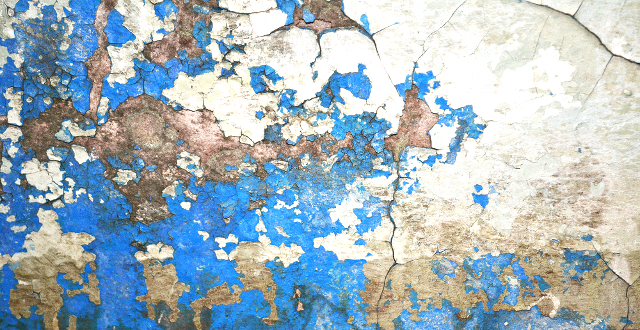 Residents are proud of the blue

Home and business owners in the medina maintain the blue-wash on the lower halves of their buildings regularly. Whether it’s for tourism’s sake, or to maintain a testament to a holy past, every spring, white and blue are swirled together by the locals, and the living dreamscape is continued.

Feeling Blue: A Photo Journey Through Chefchaouen, Morocco
A Guide To Pronouncing African Place Names
Beyond The Big City: The Small Towns And Villages Of Morocco

This article was originally published on May 21, 2014.