So you’re an experienced world traveler, proud that you know the “real” way to say the names of exotic places like Dubai (du-BAY) and Bangkok (bahng-GHAWK).

But how is your knowledge of African place names? Even seasoned travelers — and flummoxed locals — can find African place names to be confusing and impenetrable. Some basic advice: If the name is not English in origin, the rules of English pronunciation don’t apply. So don’t try to apply them!

But don’t worry Trixie Traveler, we’ve got a handy guide to some of the more well-known (and a few obscure) African place names, which will be easily rolling off your tongue in no time flat. Tip: Click the hyperlink next to each place to hear an audio clip of it being spoken.

(Note: There is a lot of variation in pronunciation, but please let us know if we’ve made any major mistakes in this guide.) 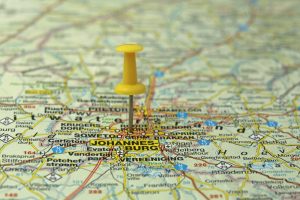 Gauteng: This Afrikaans word is generally pronounced in traditional Afrikaans fashion, with a rough, throaty “g” sound, and an “au” that sounds like the au in “sauerkraut.” Put it all together and you get a word that comes out like “Khow-teng” where the “Kh” is pronounced like you’re clearing your throat – it sort of sounds like the latter part of the word “loch” in Scotland’s “Loch Ness.”

Kgalagadi: This desert park that straddles the border between South Africa and Botswana takes its name from the ancient San word for “Kalahari.” Most people pronounce it with Afrikaans-inflected guttural “g” sounds. The best way to describe it would be “KHAL-a-KHA-dee,” with throaty gruffness in the “kh” sounds (see Gauteng, above). However, it can also be pronounced without the gruffness, like this.

Bloemfontein: Resist the temptation to say “bloom” in this South African provincial capital, and instead flatten the “oo” to an “uh” sound. So “BLUM-fontayn,” not “BLOOM-fon-tyne.”

Oudtshoorn: Another doozy from Afrikaans, but it’s pronunciation is simpler than it looks: “OATS-horn.” 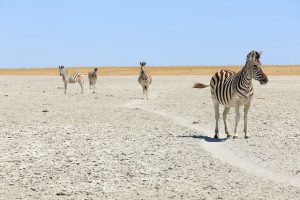 Makgadikgadi: More guttural sounds in this vast Botswanan salt pan, so get ready to clear your throat. “ma-KHAD-ik-KHAD-ee.”

Franschhoek: “FRONCH-hook.” Don’t be tempted to use a hard “a” when touring the wine capital of South Africa.

Tanzania: This can actually be pronounced two ways. “tan-zuh-NEE-uh” is more common, but you can also get away with “tan-ZAINE-ee-yah.”

Kenya: Seems simple, but not really. The preferred pronunciation is the modern “KEHN-yuh,” but you may still hear a few old white Kenyans pronounce it the old colonial way, “KEEN-yuh.”

Niger: The French pronunciation “NEE-jzair” (the “zh” being a soft “g” sound) is preferred, but to a lesser extent, the English “NYE-jur” is tolerated – just not by the Nigerois!

Maputo: If you’re headed to the capital of Mozambique, pronounce the final “o” more like a “u”. So, “ma-PU-tu.” 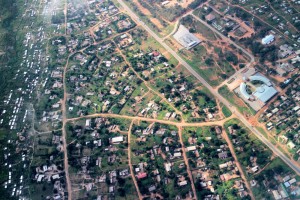 Harare: The capital of Zimbabwe does not follow standard English pronunciation rules, because it’s not an English word! Hence, “huh-RARR-eh.” The RARR ryhmes with “car.” In fact, the whole word almost rhymes with “Ferrari,” but with an “eh” sound at the end.

Gaborone: You must emphasize the “e” at the end of the capital of Botswana, which is pronounced “gab-uh-ROE-neh.” The leading “G” can be pronounced phonetically with a hard English “g” sound, or with the soft Afrikaans “h.”

Windhoek: The leading “w” is pronounced like an English “v.” So, when you’re in the capital of Namibia, say “VIND-hook.”

Essaouira: This Moroccan beach city’s name confuses many. “Essa-WEER-uh” is the best way I can describe it. Give it a listen here.

Ourzazate: Another Moroccan tongue-twister. The closest transliteration would be “WEER-zuh-zett.”

Lagos: Unlike the Portuguese port town of the same name (which is pronounced LAHR-gush”), the largest city in Nigeria is pronounced “LAY-goss.”

Addis Ababa: On the face of it, saying the the name of the capital of Ethiopia seems easy, but many don’t know that the stress is on the first syllable of the second word. So “addis AH-buh-buh” not “addis uh-BAH-buh.”

Eritrea: The stress is one the third syllable, not the second, which is the most common mistake made when pronouncing the name of the nation adjacent to Ethiopia. “air-ih-TRAY-uh.”

Ouagadougou: You may have never heard of this place in Burkina Faso, but it’s a fun tongue-twister because its pronunciation is nothing like its phonetic spelling. “wa-ga-DOO-goo.”

Dakar: Normally pronounced “duh-CAR,” unless you are Ofeibia Quist-Arcton, African correspondent for NPR news, who famously pronounces it “da- KArrrrrrrrr” with an extended rolled “r.”

N’Djamena: The capital of Chad is pronounced “in-ja-MEE-na.”

Nouakchott: You’ll probably never make it to Mauritania, but if you do, remember to pronounce the capital “nuh-WALK-shot.“