If you want to know what life was like in Morocco hundreds of years ago, you could read a history book, go to a museum — or better yet, visit Fez. One of the most popular tourist spots in Morocco, life has stayed the same for centuries in this medieval city. For example, its tanneries still produce leather the way they did 1000 years ago, and it has the second-oldest university in the world. Here are 10 things you probably didn’t know about Fez, Morocco. 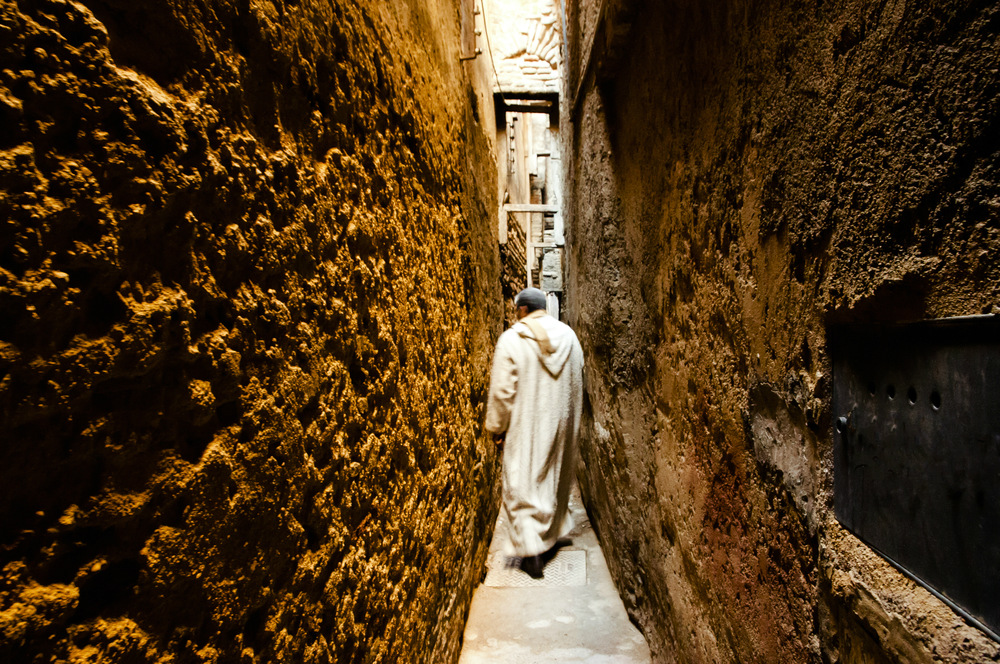 There are no cars

Most of the Fez medina, which contains close to 10,000 streets, is completely car-free, though you might see the occasional motorbike zooming through a crowd of people. The entire medina is a UNESCO World Heritage Site — rightly so. 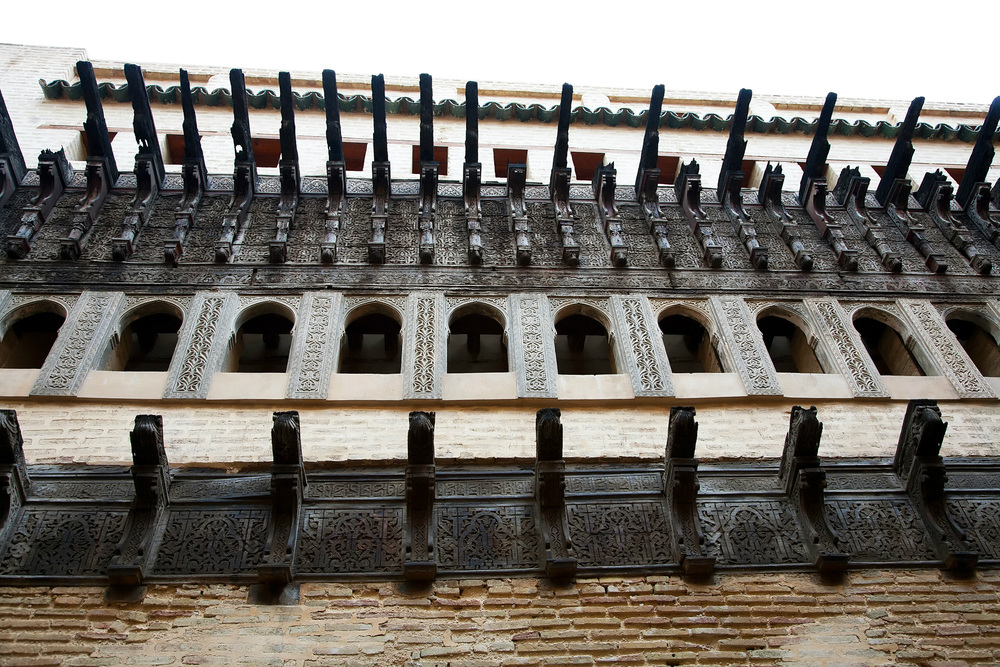 It has one of the oldest water clocks in the world

What’s a water clock, you ask? It’s an intricate clock where water flows from one end to the other and calculates time. Along with sun dials, water clocks are the oldest form of time keeping in the world. Fez just happens to have one, the Dar al-Magana, which was built in 1357. The clock mechanism inside is currently being reconstructed. 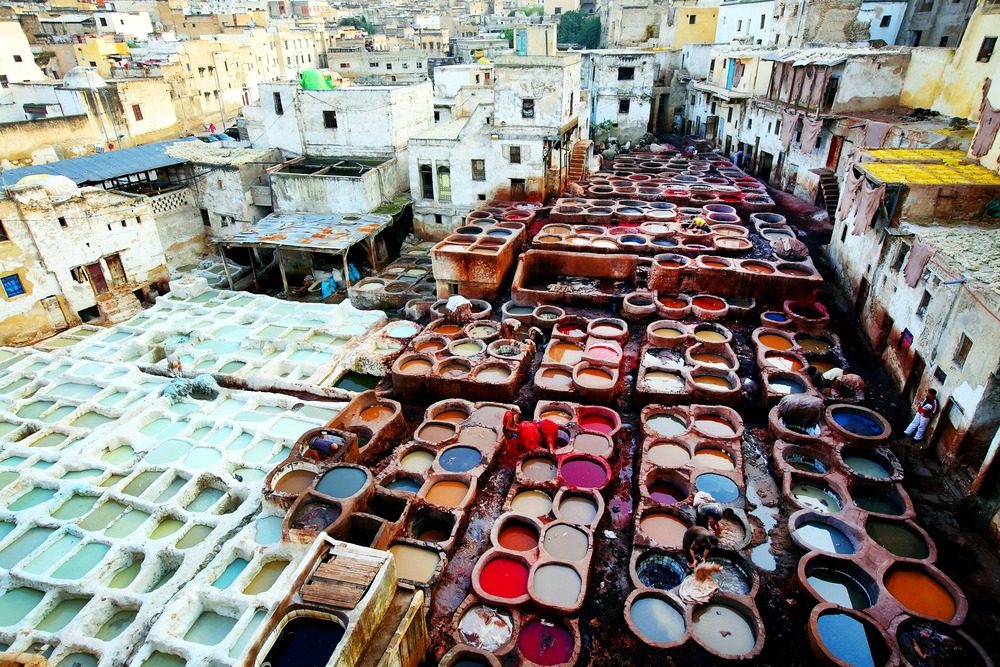 This tannery has been in existence for almost a millenium, and is known for producing high-quality leather goods that are sold throughout the country. Everything here is done manually, and the tanning process hasn’t changed since medieval times. 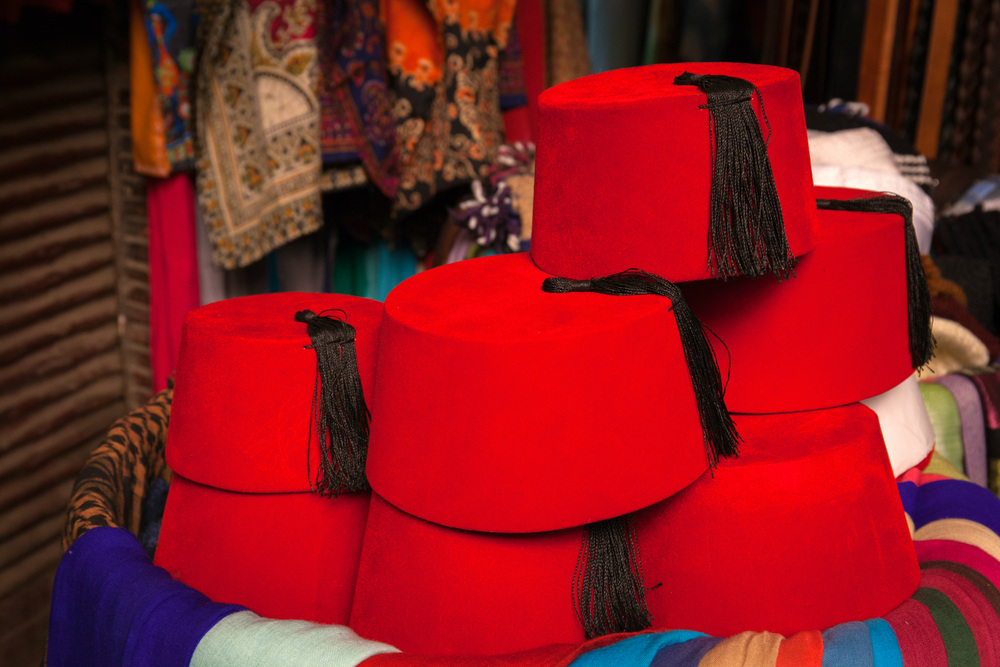 It used to be the only source of ‘Fez’ hats

Yes, the popular Fez hats actually come from Fez, and up until the 19th century, it was the only place they were produced. The hats began getting popular and were eventually produced in Turkey and France as well. Until this day, it’s said that the best quality hats come directly from Fez. 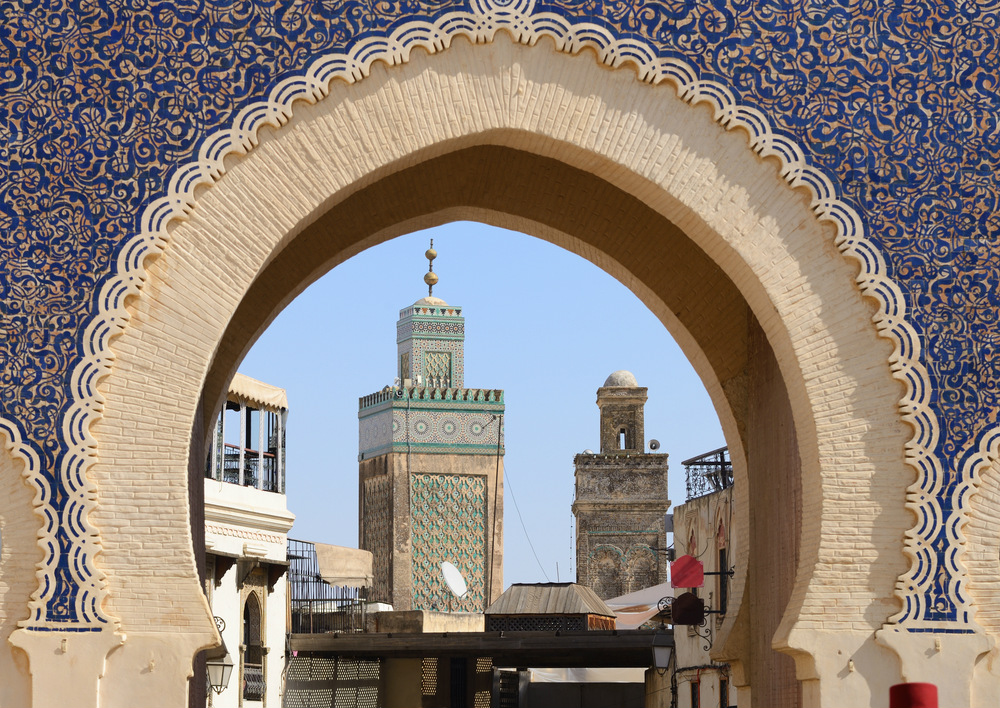 Morocco has four historic capitals, and Fez just happens to be one of them. The city was founded all the way back in the year 789 AD (the oldest of the imperial cities) and was the capital of the Idrisid, Marinid, Wattasid and Alaouite dynasties. The other imperial cities are Marrakech, Meknes, and Rabat. 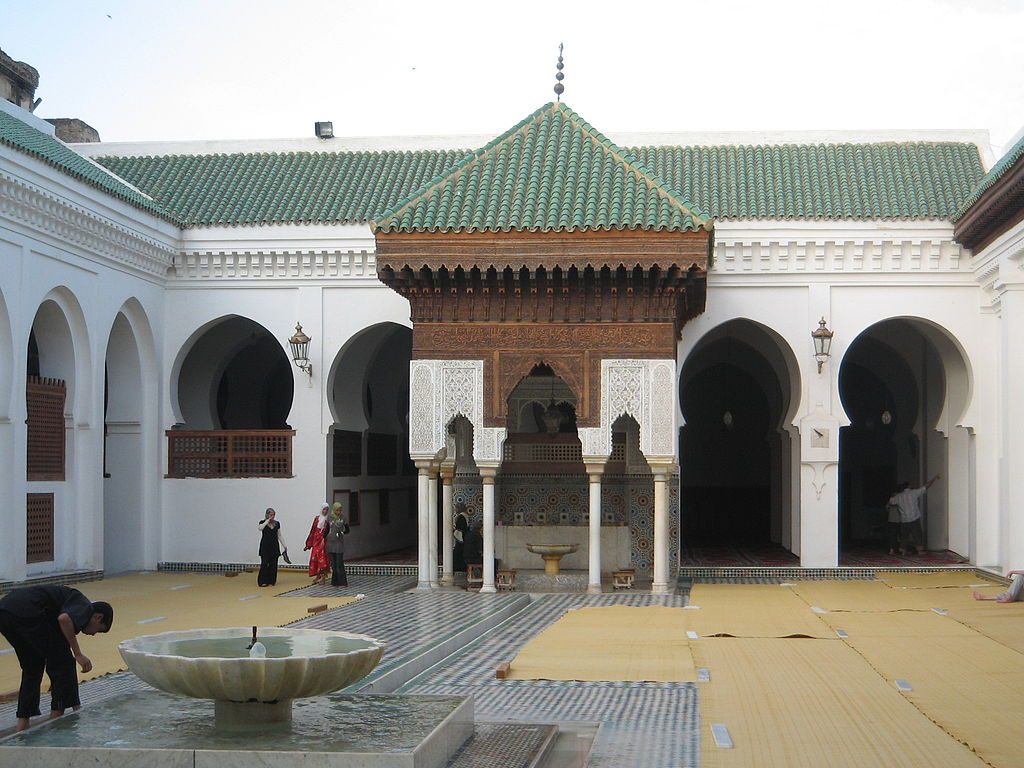 It has the second-oldest university in the world

If you thought Oxford University was old, think again. The University of al-Qarawiyyin in Fez was founded in 859 and has been continually handing out degrees for over 1,100 years! It was also once the largest mosque in Africa, but has since been surpassed. 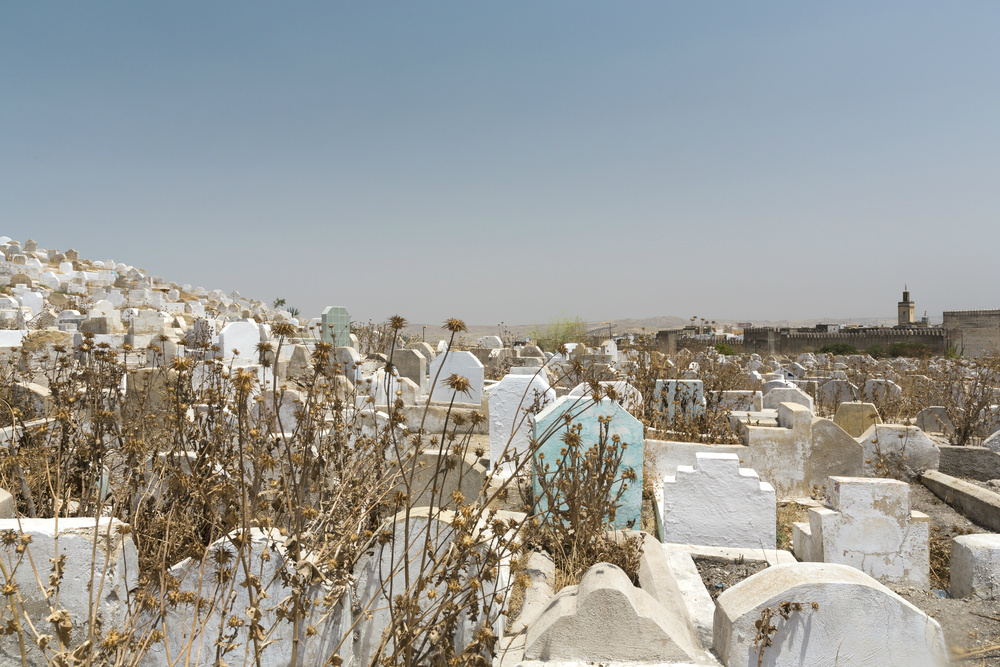 There was once a large Jewish community

While most Jews are now gone, the community thrived in the 15th century in an area called Mellah. The population slowly declined over the centuries, and after 1948 when Israel was founded, most left. Today, you can still visit Mellah and see some of the remnants of the past. There is an all-white Jewish cemetery in the area as well, which is rather striking when contrasted with the architecture of the city. 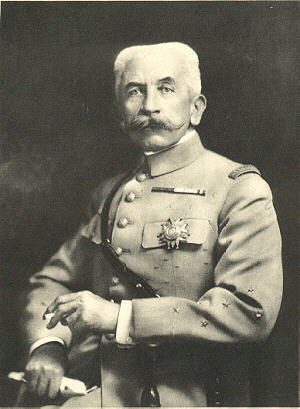 The Ville Nouvelle was founded by a Frenchman

Known as the “Maker of Morocco,” Frenchman Louis Hubert Lyautey helped to create the Ville Nouvelle, the modern section of Fez, during the French occupation of Morocco in World War I. The Lycee Lyautey in Casablanca is named after him as well. 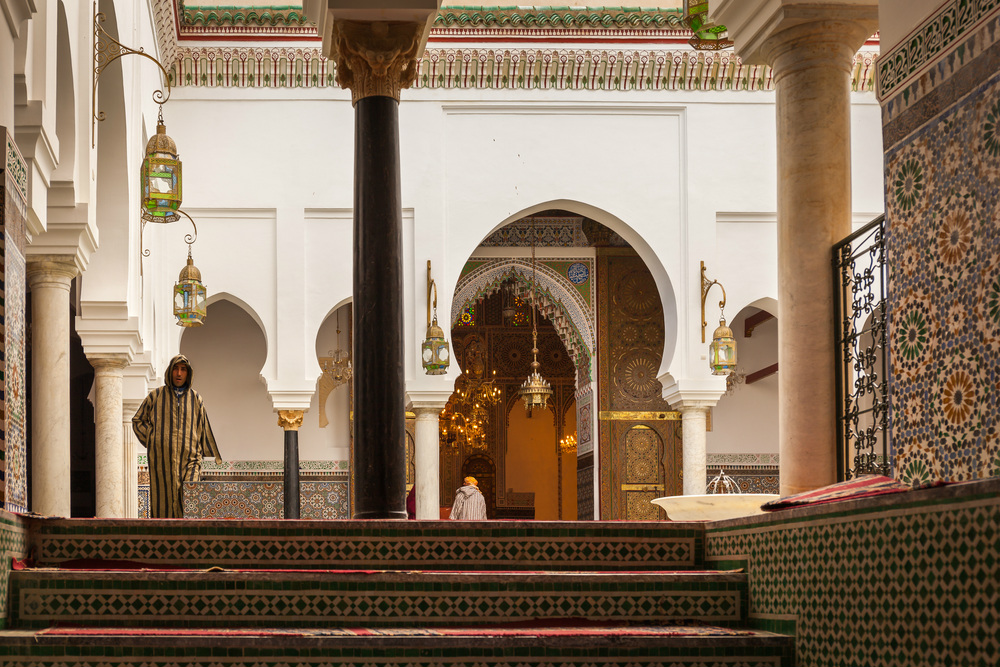 Every neighborhood has a mosque

It’s required in Fez for every neighborhood to have a mosque, along with a bakery, a school, and more. Because of this, Fez has a whopping number of mosques (over 300), which can be seen from different vantage points throughout the city. 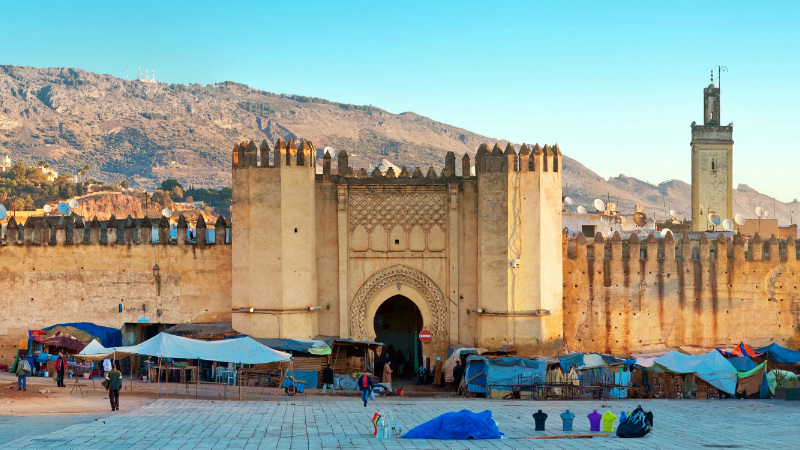 No, we aren’t talking about missiles or fighter jets. Fez is an important showcase for Morocco’s historic weaponry, including shields, swords, daggers, Berber weapons, helmets, precious armor, and more. Over 8,000 pieces are on site at the Musee des Armes, where visitors can browse through intricate pieces on display in 16 different rooms.

The Best Luxury Hotels In Fez

The Ceramic Artistry Of Fez, Morocco

This article was originally published on September 23, 2015.