Seeing Africa from the seat of a motorcycle is a memorable experience, to say the least. Whether you want to get a glimpse of the incredible wildlife, or take a peek at local life and culture, the following tours give you the opportunity to do so while also feeling the wind in your hair and the sun on your back.

So get ready to hit the road, because we’ve got some of best motorcycle tours in Africa. 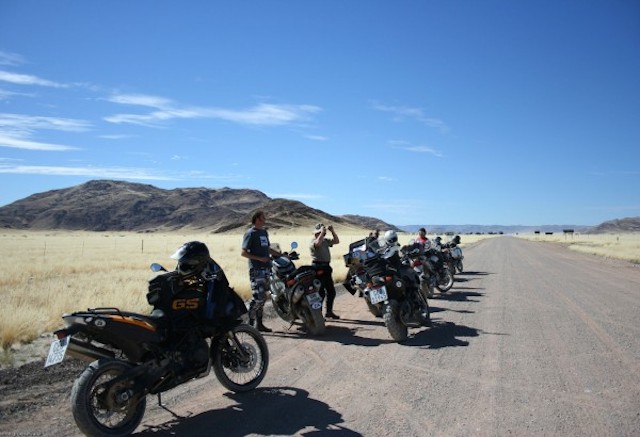 Travel on the best roads from Cape Town to the Kalahari on a Ride2Roam motorcycle tour. From Table Mountain to the Tankwa, there is plenty to see and do including climbing the world’s highest dunes at Sossusvlei, and seeing Cape fur seals along the Skeleton Coast. Accommodation is simple yet comfortable, with both hotel stays and camping. Rent one of Ride2Roam’s BMW motorcycles for your tour. 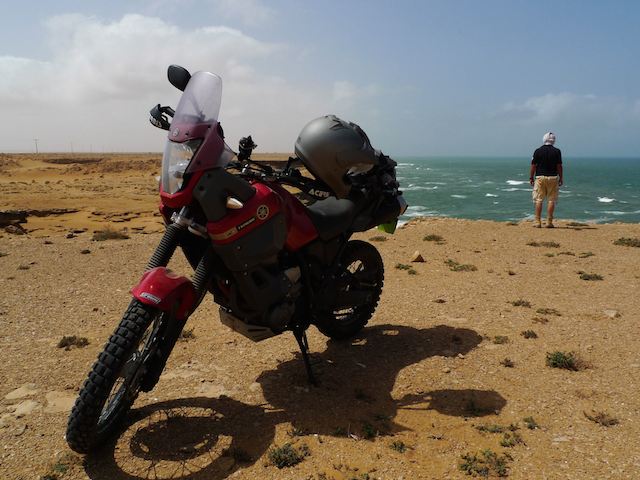 Take this four month, 17,000 mile trip of a lifetime from Spain through Africa with Kudu Expeditions. You’ll cross the Sahara Desert, head through West African countries, and visit the beautiful rain forests of Central Africa. You’ll end off your trip in South Africa where you’ll visit game parks. Use your own bike or hire one from Kudu Expeditions. You’ll also get off road, mechanic and first aid training. 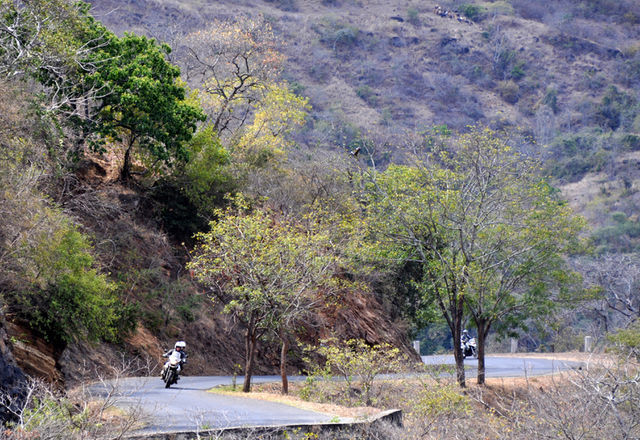 Ever wanted to go on safari on a bike? Well now you can with Edelweiss Bike Travel on their 16-day Adventure Kilimanjaro tour. The first stop is in Kenya to see some wildlife around Lake Nakuru, Amboseli National Park and Maasai Mara. Your next stop is Tanzania where you’ll see volcanoes before heading to Mombasa with its white sandy beaches before heading home. You can rent a bike from Edelweiss Bike Travel. 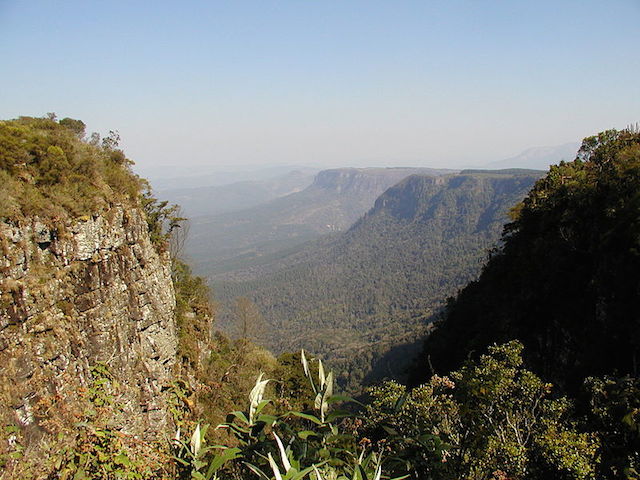 Known by the locals as bikers paradise, Mpumalanga is the perfect destination for this self guided, three-day tour with Sama Tours. You’ll spend most of the three days exploring the curving roads, stunning viewpoints and waterfalls. Starting in Pretoria, you’ll depart for Magoebaskloof before heading to Hazyview along Long Tom Pass then returning to Pretoria. The cost includes motorcycle rental, accommodation and a preloaded GPS. 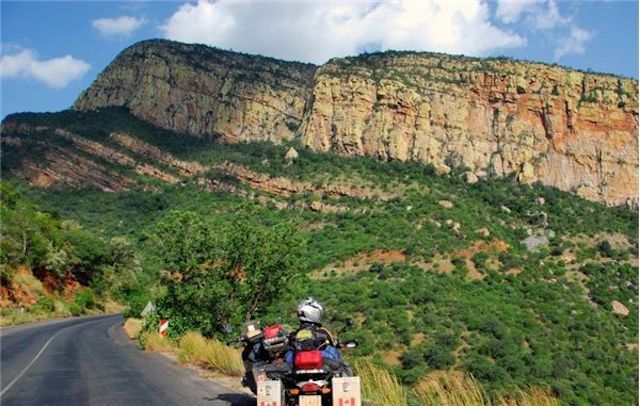 (Photo courtesy of Due South Tours)

Explore the specular Lowveld of South Africa over seven  days with Due South Tours. Departing from Johannesburg, you’ll head to the Northern Drakensburg before venturing along the Panorama Route which includes the famous God’s Window. Your next stop is the Kruger National Park where you’ll go on a game drive before heading  back to Johannesburg via the Lowveld. Bikes are included on this tour. 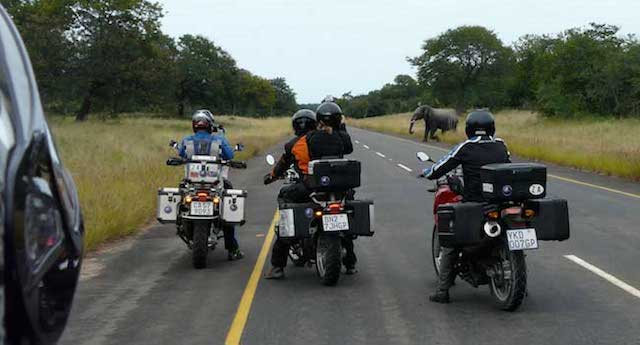 6. Out Of Africa Tour – Nairobi to Cape Town 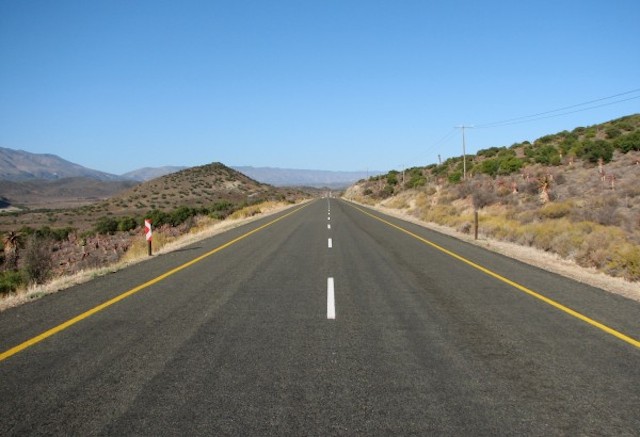 Travel from the cool, refreshing waters of the Atlantic Ocean to the warmer, shark infested waters of the Indian Ocean with Ride2Roam in South Africa. You’ll head out from the Cape of Good Hope to Cape Agulhas where the two oceans meet before hitting famous Route 62. You’ll pass through the quaint winelands towns of Cederberg, Oudtshoorn and Stellenbosch, and even see some wildlife along the way.

Riding quality BMW motorcycles (you can rent them), you’ll start your seven day tour with African Motorcycle Tours exploring the Cape Peninsula, coastline and the Little Karoo. You’ll then cross over to the coastal road and enjoy the Garden Route and its towns along the way. 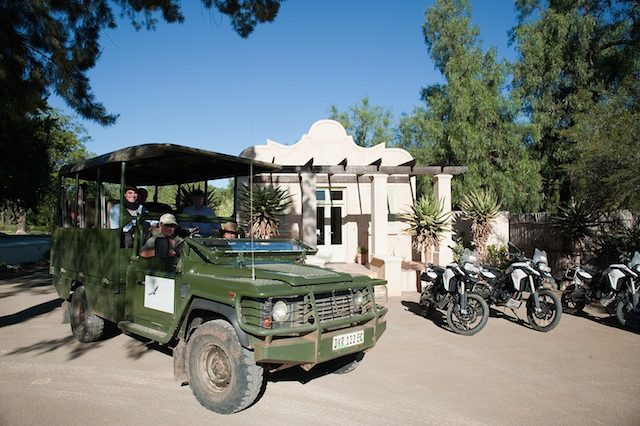 Starting in Cape Town, Karoo Biking takes you on a wonderful tour of Southern Africa. You’ll experience the dry Karoo before heading through the mountainous Drakensberg to Mpumalanga before crossing the mighty Limpopo River via Beitbridge. You’ll then head to Zimbabwe where you’ll spend two nights in Hwange National Park before heading to Victoria Falls. 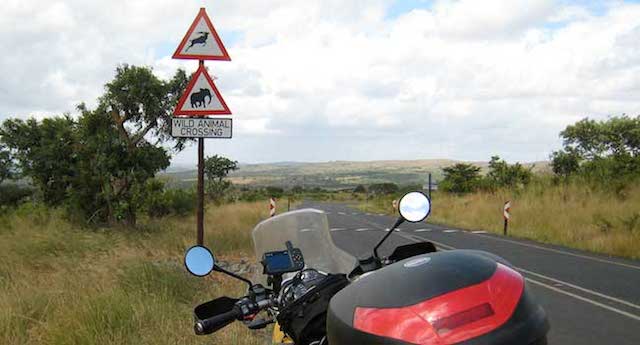 10. Call Of The Wild Tour – Joburg to Windhoek

Best known as the only motorcycle tour that combines touring with luxury game lodging to get a true African safari experience. Ayres Adventures begins in Joburg, South Africa, then goes through Botswana, Zambia (to see Victoria Falls), and finally heads to Windhoek in Namibia. The tour also includes motorcycle rental, game drives and stays in various national parks. 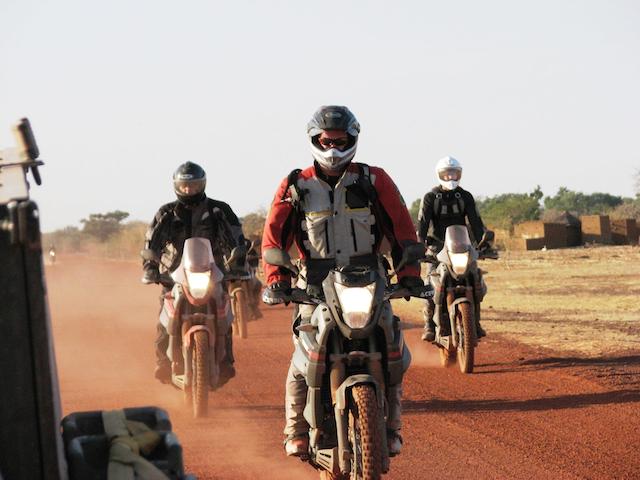 The two-week Trans-Sahara Challenge with Kudu Expeditions is an awesome ride across North and West Africa. Starting in Gambia, you will travel to Dakar and then into the Sahara Desert. Travelling over 2,500 miles, you’ll see amazing scenery of the Sahara Desert, the Atlas Mountains and the Straights of Gibraltar before finishing in Southern Spain. The tour is perfect for off road beginners.

Starting with game drives at Otjiwa Lodge near Otjiwarongo, you’ll head north to Etosha National Park and Opuwo to see the Epupa Falls and Kunene River. Then heading south to Khowarib and the Brandberg, you’ll ride to Swakopmund before passing through the mountainous Sesriem and sandy dunes of Sossusvlei ending up in the Kalahari Desert. Bikes are available from tour company African Outdoor. 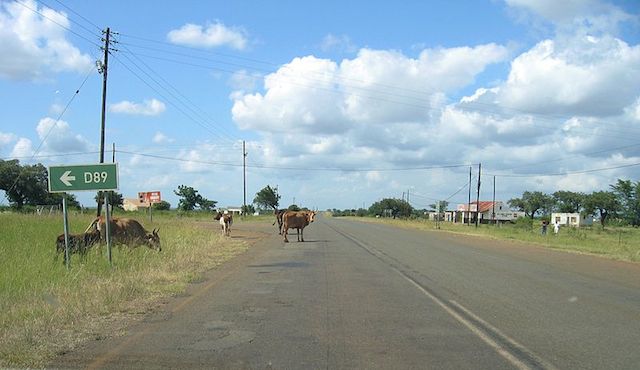 This three day Sama Tours tour take riders on a ride from Pretoria, South Africa to Swaziland. If the weather permits, you’ll get to experience the scenic dirt route over Bulembu pass into Swaziland. You’ll also visit Maguga Dam before heading to back to Pretoria. The cost of this tour includes motorcycle rental, three-star accommodation and a pre-loaded GPS (this is a self guided tour).

Head to Morocco on a Harley Davidson with Edelweiss Bike Travel for 15-days. Starting in Andalusia, Spain, you’ll take a ferry to the African continent where you’ll cross the border into Morocco. You’ll explore the Rif Mountains with its motorcycle roads, the ancient city of Fes, the city of Marrakech, the Atlas Mountains and the Sahara Desert. 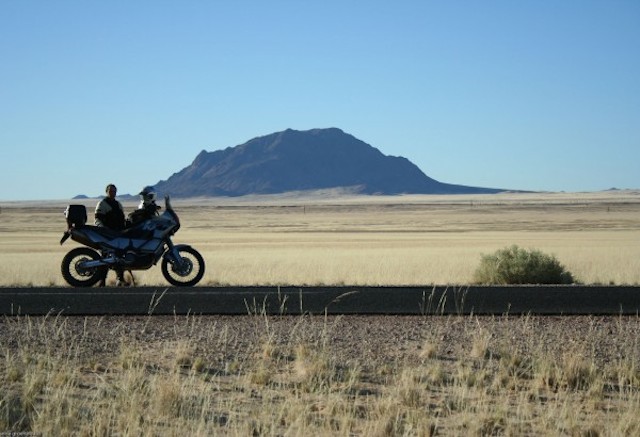 Visit the Okavango Delta, Victoria Falls, Kalahari and Etosha game reserve all on your bike with this Ride2Roam tour where you’ll see tons of wildlife including elephants, lions, hippos and crocodiles. In Namibia, explore the desert terrain before heading out to the solitude of the Kalahari Desert. Next up is the Okavango Delta where you’ll camp and explore the delta, followed up by a visit to magnificent Victoria Falls.

Travel Tip Of The Day: How To Go On A Motorcycle Trip Across Africa

Gifts Of The Road&#8217;: Why You Should Travel By Bus In Madagascar

This article was originally published on March 10, 2015.