Sometimes overshadowed by the Giza Necropolis, Saqqara is not to be missed by any archaeology buff, and boasts some of the richest and oldest monuments in Egypt. The site functioned as the necropolis for Memphis when it was the capital of the Old Kingdom. Except for a few areas, much of the site lay buried, and research still continues there as it is slowly uncovered.

Today, it is easy for visitors to take in the historical richness, ancient architecture, and artifacts of Saqqara.  There are far fewer tourists than you’ll see at Giza, and many of the sites allow for climbing or exploring. The following is a guide to some of the best features of this time-worn treasure. 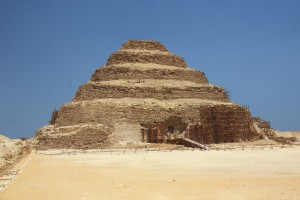 One of the best things about Djoser compared to most pyramids is the ability to climb to the top for amazing views of the area. The pyramids of Giza owe allegiance to this ancient pyramid, as the architectural style paved the way for many future pyramids. It was built for King Djoser by Imhotep in the 27th century BC. Before the building of this pyramid, royals were buried in mastabas (also found at Saqqara). The idea for this step pyramid was actually to build six mastabas on top of each other, which at the time, was an engineering marvel. The original complex was used for anything from courts to chapels, and of course, the burying of the dead. More recently, a part of the ancient wall has been restored and leads to the entryway of the pyramid.

On the outside of the pyramid, there is a giant life-size statue of Djoser. The statue sits within a stone box that was supposed to allow the dead spirits to interact with the living. Unfortunately, while nice, the statue is a mere replica. To see the original one, visitors need to go to the Egyptian Museum in Cairo.

The Teti pyramid isn’t exactly impressive from the outside, looking more like a large pile of dirt and stones than the majestic pyramids most people usually think of. That being the case, it is still worth a peek, as the burial chamber has an immaculate (considering the age) enormous sarcophagus. Sections of texts from the pyramids are inscribed on the walls here, the only place in Saqqara where they are viewable by the public.  There is also an unfinished sarcophagus inside, so interested visitors can see more into the total process of mummification. 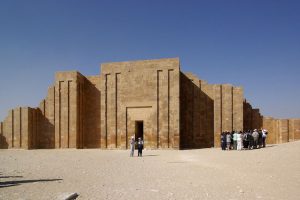 Known colloquially as the “physician’s tomb,” this tomb has several intriguing pictures of surgical operations along its walls. A few of the most interesting pictures depict operations as they were performed in ancient times, such as a circumcision and a foot procedure. Other paintings include workers making sculptures, metal, and jewelry. The entrance to the tomb is on the eastern side of the pyramid and was originally excavated by Victor Loret in 1899. Unfortunately, this tomb isn’t currently open for visitors. 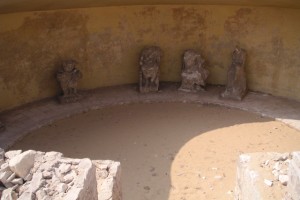 Containing 33 chambers, this fantastic tomb is a must see, and inside are fantastic wall paintings of local Nile wildlife such as birds and hippos. Once entering the largest hall, visitors will see a giant statue of Mereruka next to a ring that was once used for sacrificing animals. In another chamber is what might be described as the ancient version of the IRS, as one scene shows a group of tax evaders being diabolically punished.

This group of statues was originally positioned by Ptolemy I, who served with Alexander The Great. The statues were constructed when the area was under Greek rule and part of the Ptolemaic Kingdom. Ancient stone-eyed figures of Homer, Plato, and Protagoros cast their gaze on passersby. There used to be a temple in the vicinity, but it either crumbled, or destroyed by stone robbers that used the material in other buildings.

Set in what looks like a burial chamber out of a movie, the Serapeum is a group of dark passageways that house 25 enormous sarcophagi that weigh up to 70 tons each. These served as the chambers for Apis bulls, once looked after by priests and considered sacred. The site was discovered in 1851 by Auguste Mariette, but when he arrived, all but one of the tombs were already broken into. To see the mummified bull he found, visitors can head to the Agricultural Museum once back in Cairo. 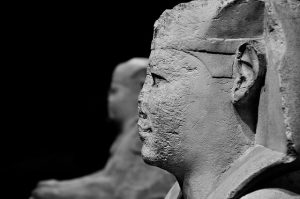 Crumbled and sitting in the shadow of the Pyramid of Djoser is the tomb of the last king of the 5th dynasty, Unas. The halls of this pyramid are covered in hieroglyphics that include ancient songs and spells that were written to protect Unas after death. For history buffs, these particular hieroglyphics should be taken seriously, as they are the earliest known examples of decorative writing in a Pharoah’s tomb. The same texts later formed a large part of the Book of the Dead. If that all sounds interesting, too bad, as it is now closed to the public due to years of degradation by visitors. Fortunately, tourists can stil see over 200 mastabas east of the pyramid, many beautifully decorated.

This museum was opened in 2006 and took almost a decade to build. There are five areas in the building that primarily consist of artifacts that have been found through excavations at Saqqara. Inside the museum, visitors can see reconstructed portions of the inside walls of Djoser’s Pyramid, and an impressive amount of small statues, mummies, false doors, obelisks, and various hieroglyphics. It is fortunate this museum exists considering many of the pyramids are now closed. If one is tired of looking at artifacts, there is a movie by National Geographic about Imhotep playing throughout the day 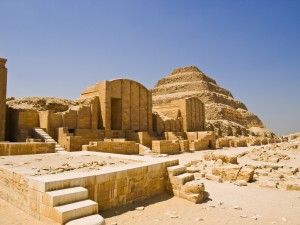 If there is still time, other interesting sites include the Monastery of St. Jeremiah, Pyramid of Sekhemket, Pyramid of Sekhemket, Mastaba of Ti, and the Tombs of Akhti Hotep and Ptah-Hotep. There are also more tombs that are scattered north and south of the causeway that are worth exploring, along with several boat pits. The entire area is suited for enthusiastic explorers to browse around.

Season: As with anywhere in the Sahara, travelers should be mindful of the time of year they go as summers in the desert can be scorching hot. Otherwise, the site is open year round, so it’s up to the visitor when the best time is. Crowds are generally smaller during the winter months.

Tickets: Tickets for entry into the Saqqara complex are LE80 or LE40 for students. Saqqara is open every day from 8 a.m. to 5 p.m. The Imhotep museum is open from 8 a.m. to 4 p.m.

Getting There: Saqqara sits approximately 27 miles south of Cairo off Highway 27. Taxis can be hired around the center of Cairo to take you there, but prices should always be negotiated before going. There is a bus that can get you to Cairo, but it involves a time consuming trip plus connection to a tuk-tuk so is not advised for this trip.

10 Most Fascinating Pyramids of Egypt

15 Must-See Ruins To Visit In Egypt

Egypt Never Looked So Good: 10 Incredible Aerial Shots That Will Change Your View Of The Country