Look at the map of Africa and you’ll notice a cluster of small islands near West Africa. That’s Cape Verde, and it’s where we think you should consider your next island getaway. But what’s so special about this island that should have you booking that plane ticket and making hotel reservations? You’re about to find out.

For starters, if you’re heavily into water activities, then you’ll find Cape Verde to be your own personal playground as the islands are consistently ranked as one of the top spots for kite surfing in the world. Cape Verde is approximately 400-miles away from the coast, meaning it’ll get incredibly windy, an ideal spot for the sport. In fact, there are several kite surfing schools to train everyone from amateur students to professionals on honing their kite surfing skills. Usually kite surfing can be done year-round, but the best time to go is between March and October when the wind picks up a bit more. With the wind, comes stronger waves for surfers to tackle their favorite sports. Like kite surfing, there’s a cluster of surfing schools scatted throughout the islands ready to teach you all about it. 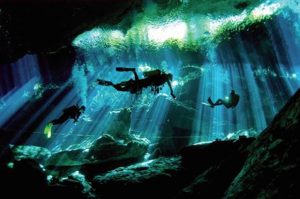 Or if you would rather go for a peaceful, Instagram-worthy journey, you’ll find plenty here in Cape Verde. Start with Olho Azul Buracon, a popular site to go cave diving in the spring where the water is so clear and translucent that you can see the wealth of tropical fish and sea turtles in coral reefs swimming alongside you. The island is a common destination to spot loggerhead turtles since it’s one of the world’s largest nesting places for the species. Another fantastic diving spot is at Kwarcit Wreck, where you can explore a shipwreck nestled in the coral reef.

Did you know that Cape Verde is home to volcanoes, especially active ones? Several islands like Santo Antao, Fogo Island and Ponta do Sol have active volcanoes where you can go on hiking excursions to get up close and personal with one of nature’s most dramatic features. The volcanic landscape has various scenery from barren-like lands to lush green cliffs, giving hikers something new to see each time they go on a hiking journey. There are a few touring companies, especially on the island of Fogo, where a skilled guide can lead visitors around the volcano to learn about the biodiversity and history of the natural marvel. To take your experience up a notch, some travelers will opt to climb the volcanoes, a dangerous sport, but can be safely done under the care and expertise of skilled climbers of the area. If you’d rather not flirt with danger, you can play it safe and explore the mountains of Fogo Island that have a few trails that lead you through some of the most scenic sights on all of the islands.

If you’re a history buff, there’s something in it for you too. Cape Verde laid undiscovered until the 15th century when Portuguese explorers came. Eventually, the island became a prolific slave trading post throughout the 16th and 17th centuries. Pirates and buccaneers often targeted ships going in and out of the island, and periodically ransacked ports to re-supply their ships. Today, you can visit the ruins of colonial outposts of ancient Portuguese architecture to get a glimpse of its darker times. Among the popular historic sites to see are the Fortaleza Real de San Felipe in Cidade Vehla and Se Catedral that remains open to the public to view.

Let’s not forget the wonderful collection of high end resorts to lazily lounge in a luxury pool by the beach. Among the highly favored hotels on the island are Hotel Riu Palace Cabo Verde (has a fantastic bar in its infinity pool), Hotel Riu Karamboa (designed to feel like a royal palace fit for a sultan), and Melia Llana Beach Resort (hotel with tropical, art deco flair). Or if you’d rather stay away from the mega resort for the small, intimate accommodations, opt for a boutique hotel like Colonial Guesthouse in Fogo. Whatever accommodation you go with, you won’t go wrong simply because you’re in beautiful Cape Verde.

The Best Places For Diving In Cape Verde

Culture Corner: The Story of Kriolu, The Unofficial Official Language Of Cape Verde