South Africa is famed as a tourist destination for locals as well as international visitors. And while most of us are familiar with iconic sights like the profile of Table Mountain, Durban’s welcoming, warm seas and the Kruger National Park’s wildlife, Shaun Pozyn, head of marketing for British Airways (operated by Comair) has some suggestions for more off-beat attractions.

A number of activities allow you to experience Africa’s sights and sounds with a rush of adrenaline, all while safely tethered. 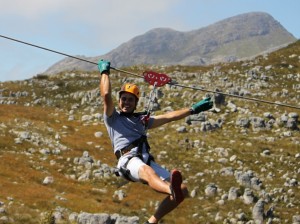 The Cape Canopy Tour in the Hottentots Holland Nature Reserve recently opened hundreds of meters of ziplining – known as “foefie-slides” in local vernacular – through majestic mountains near Grabouw. You’ll slide on steel cables through this World Heritage Site and over valleys and waterfalls. 4×4 vehicles provide access to the slides. Similar experiences are offered in the Magaliesberg, in Karkloof and the Drakensberg in KwaZulu-Natal, in the giant Outeniqua yellow-wood trees of the Tsitsikamma forest, and in Magoebaskloof in Mpumalanga.

Tandem paragliding enables you to glide over Cape Town, taking off from Lion’s Head or Signal Hill, with up to 30 minutes of airborne ogling of the city and Table Bay, steered by a qualified instructor.

If you prefer a little more altitude, you can try tandem skydiving at a number of venues around South Africa. Arguably the most spectacular is the jump over the Robertson Valley, about an hour’s drive from Cape Town, offered by Mother City Skydiving. No experience is needed, as you jump tethered to an instructor. Jumps are also available in other areas such as Durban, Mossel Bay, Plettenberg Bay, Rustenberg and Parys. For more information visit www.skydiveafrica.co.za. 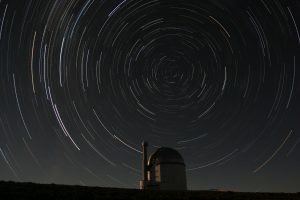 Winter in South Africa offers more than an excuse to cozy up to fireplaces, red wine and potjies (a traditional stew prepared in a cast-iron pot). It’s also time to don your warmest gear and head to some stargazing facilities. In the chilly – seriously, it’s coldest place in the country – climes of Sutherland in the Karoo, you can see the Milky Way through the Southern African Large Telescope, the southern hemisphere’s largest telescope. Astronomy is a kind of space-travel and in Sutherland, it comes with the bonus of the famed Karoo cuisine. A number of game reserves also offer a combination of game-viewing and stargazing.

The recently-opened Long Tom Taboggan at the Misty Mountain resort near Sabie in Mpumalanga is a track of nearly 2km of steel rail. You’ll ride for a couple of minutes at around 40km/h (it feels faster, say those who’ve done the ride) though some picturesque scenery. 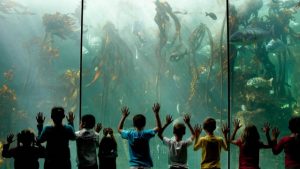 Caffeine with a cause

You probably wouldn’t travel to another city just to have some coffee there, but if you need a caffeine jolt while in Cape Town, consider one – or both – of two new coffee-shops that contribute to social development. Brownies and Downies is a coffee-shop and lunch-room that’s also a training-centre for people with intellectual disabilities such as autism, Down syndrome and learning disabilities, while I Love Coffee is operated entirely by deaf people. It’s run in conjunction with Tribe Coffee Roasting in the Woodstock Foundry.

Travel Tip Of The Day: Where To Go Paragliding In Cape Town

Top 10 Things to Do In and Around Cape Town, South Africa