The Kingdom of Aksum was one of the greatest empires to ever exist in Africa. Lasting from around 100 AD to 940 AD, it spanned a large portion of east Africa and beyond, including modern-day Ethiopia, Eritrea, Djibouti, and Sudan. There are few remnants left today, though the name of the modern-day city of Aksum (Axum), Ethiopia serves as a reminder of a kingdom that was once connected to early Christianity, the Queen of Sheba, famous obelisks, and ancient India. Here are 10 things you didn’t know about the ancient Kingdom of Aksum.

It was supposedly the home of the Queen of Sheba

The Queen of Sheba is thought to have ruled the Kingdom of Aksum for more than 50 years. According to Ethiopian lore, she lived in Dungur, in the western edge of Aksum, known locally as the Palace of the Queen of Sheba (Makeda). However, none of this is verifiable, and archaeologists are still trying to find out what happened to her. 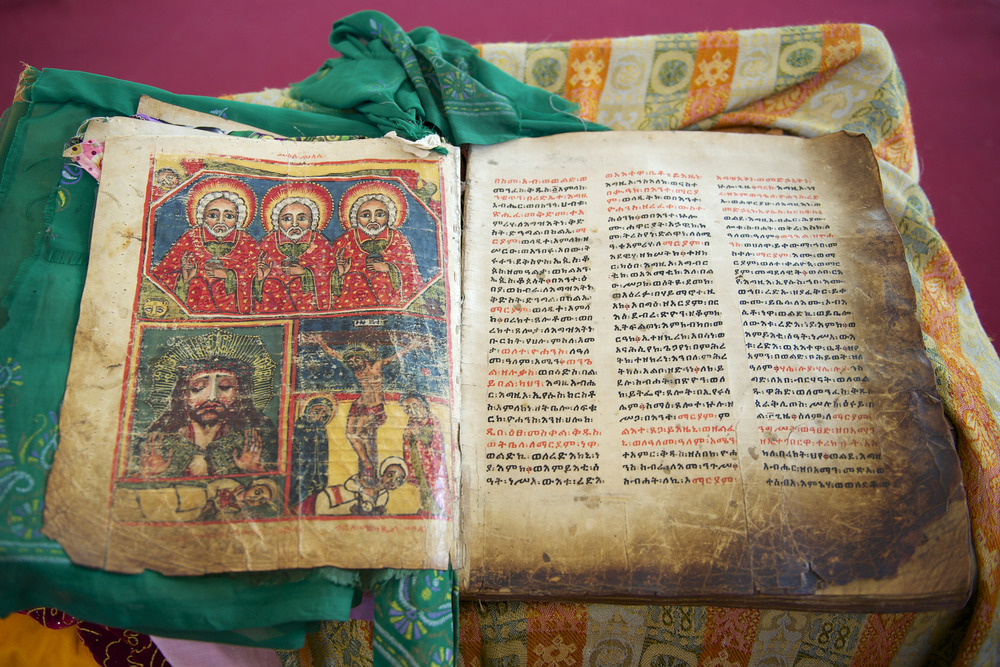 The Kingdom of Aksum embraced Christianity early on

Aksum was an early adopter of Christianity and practiced the Orthodox tradition in the 4th century under King Ezana. Several centuries later, King Kaleb joined Emperor Justin I of Byzantium, and the two went to war against dynasties of ancient South Arabia to combat Christian suffering there. 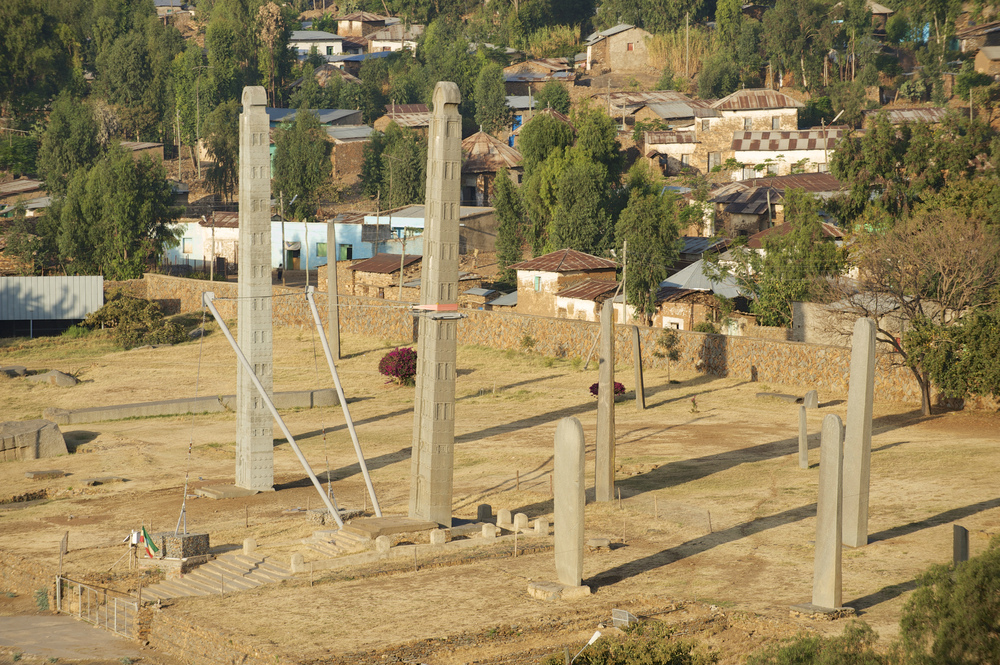 Its obelisks were extremely important

The Kingdom of Aksum erected many obelisks (or stele) throughout the kingdom. These immense vertical structures marked the location of underground burial chambers, which had false doors and false windows. One of the most famous steles left standing is the Obelisk of Axum, which is 1,700 years old and weighs 160 tons. Italian soldiers moved it to Italy after the war with Ethiopia in 1937, but it was returned to Ethiopia and erected again in Aksum in 2008. 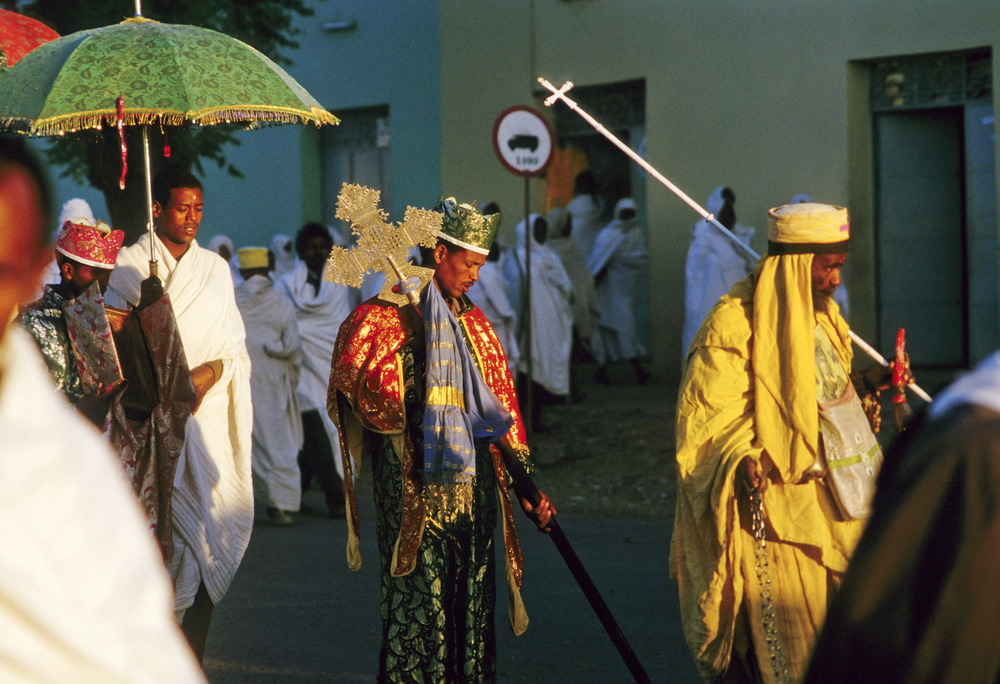 It was supposedly home to the Ark of the Covenant

According to ancient lore, the Ark of the Covenant came to Ethiopia almost 3,000 years ago and has since been guarded by a succession of monks. Today, it is allegedly hidden away in a chapel in Aksum, but it’s never been seen. People still celebrate the Ark during various ceremonies, like the one pictured above. 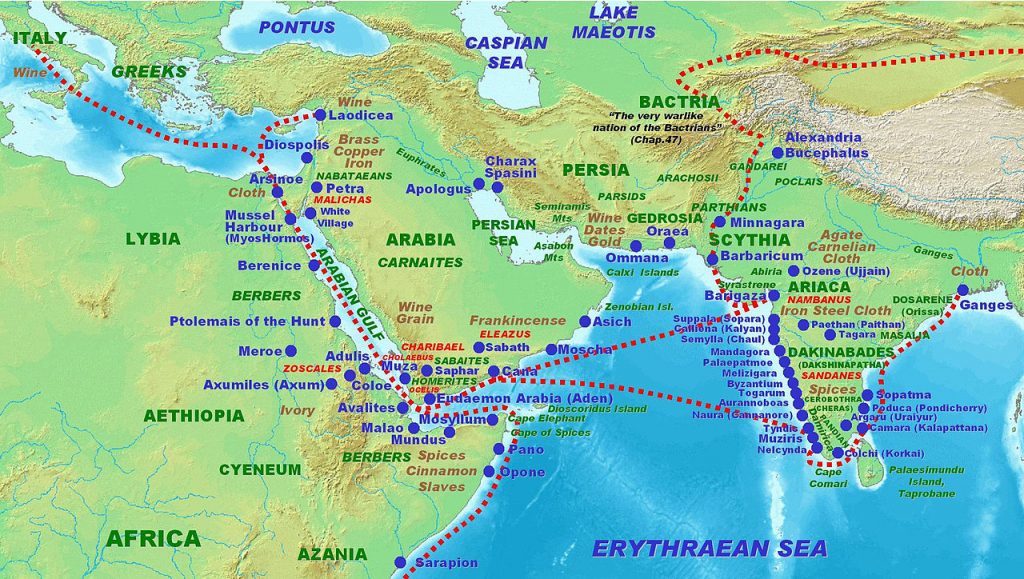 The Kingdom of Aksum was situated in a strategic position in the middle of a large trade route that extended all the way from Rome to India. The empire had previously traded with Arabia and India before the Romans came on the scene, seeking access to the spices, incense, and silks available from the Far East. Trade was conducted via numerous ports along the Red Sea coast. 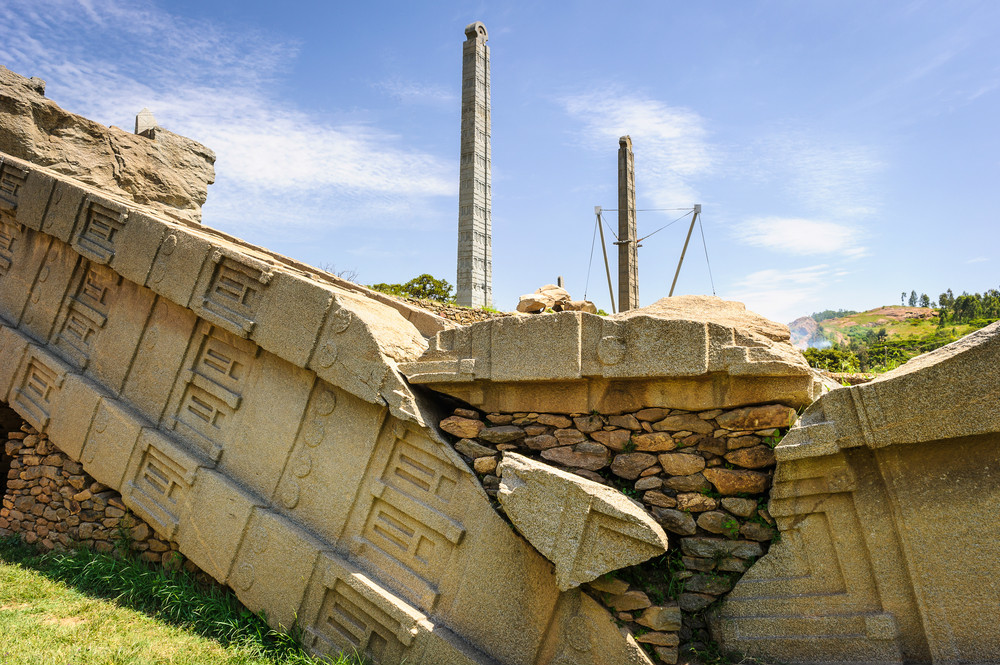 Nobody knows why it declined

Nobody knows for sure how the Kingdom of Aksum started to decline, but most experts agree that it was a slow process without any major battles fought. Its decline coincided with the rise of other large empires, such as the Persian, and cities like Alexandria and Byzantium (modern day Istanbul), which benefited from the growth of trade routes. Eventually, the Kingdom of Aksum abandoned most of its coastal trading ports, along with the city of Aksum itself.

Although the city of Aksum is in modern day Ethiopia, the actual empire extended far beyond the country’s borders to include parts of modern-day Yemen, Eritrea, Djibouti, Sudan and Saudi Arabia. 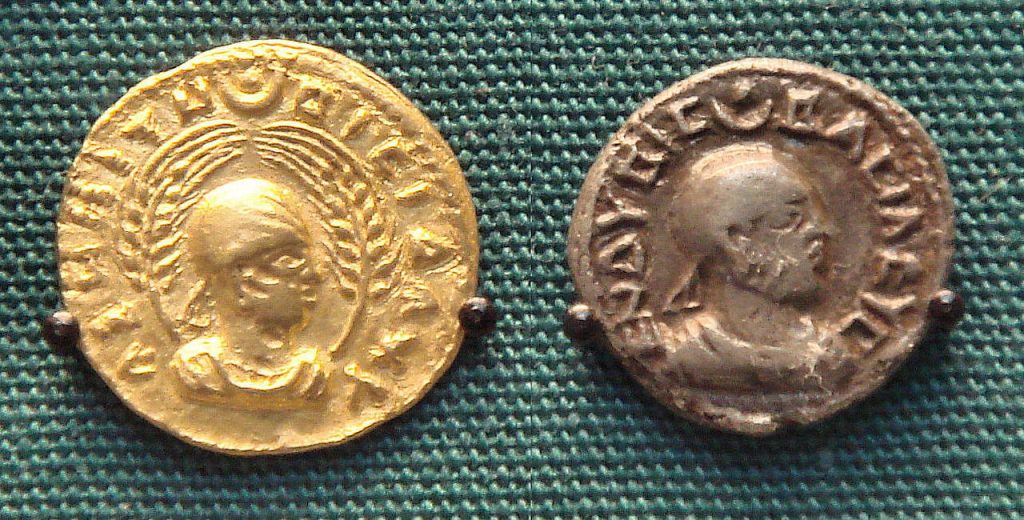 Due mostly to its domination of trade routes, Aksum was the first African empire to issue its own coinage. Minted in gold, silver, bronze, and copper for hundreds of years, the coins symbolized the power of the regime. Though most were destined for Rome, they often bore Greek lettering. 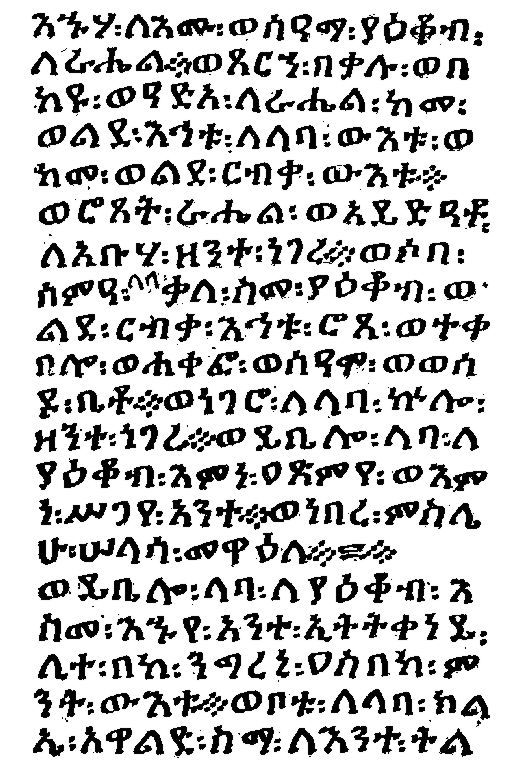 It had its own alphabet

Although the Kingdom of Aksum sometimes minted coins in Greek and other alphabets, it had its own alphabet, known as Ge’ez. Many of the letters resembled letters in the Greek alphabet and those of the Arabian peninsula. 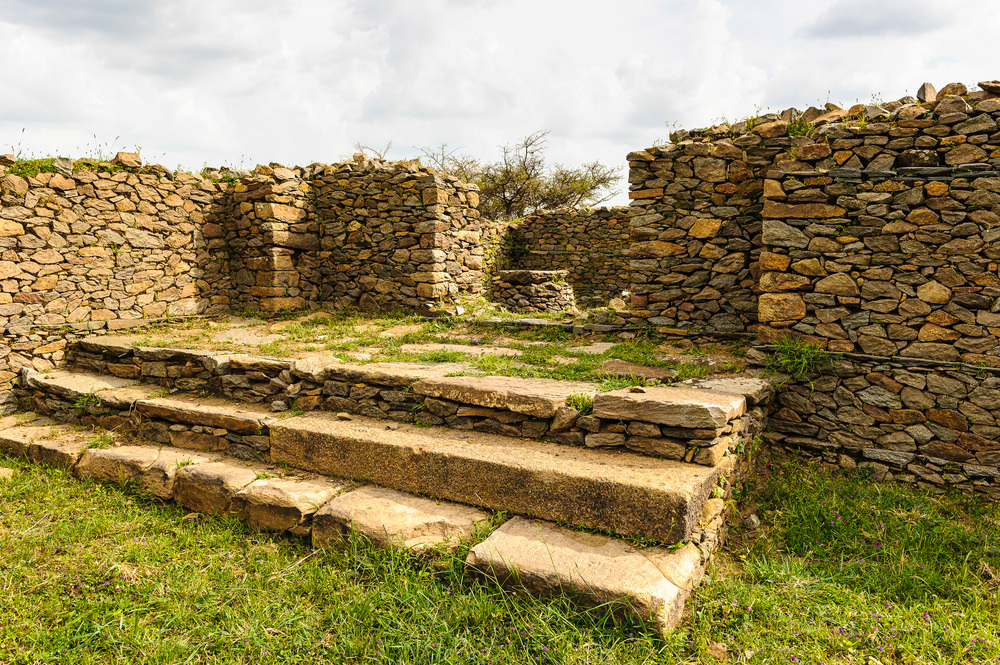 The ruins of Aksum are now a UNESCO World Heritage Site

Though the Kingdom of Aksum held power over a vast swathe of Africa and the Middle East, only the ruins near the modern-day city of Aksum, Ethiopia have been preserved and protected as a UNESCO World Heritage site. The ruins, which include tombs, castles and stele, are a popular place to visit today.