The long list of nominees vying for the top spots in the 2016 African Responsible Tourism Awards was just announced yesterday, as the countdown to World Travel Market (WTM) Africa officially begins.

The winners will be announced on April 7, 2016 at the Cape Town International Convention Centre as part of the Responsible Tourism program at WTM Africa, which takes place from April 6-8. 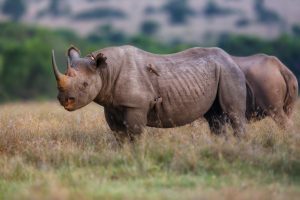 Some of the African nominees include Azura Benguerra, Bushmans Kloof, Chobe Game Lodge, Ngoma Safari Lodge, Ol Pejeta Conservancy, Spier, and many more. For a full list of all 60 nominees, click here.

The nominees got noticed for their sustainable practices and policies, such as the eco-chic Azura Benguerra, whose villas were designed and built by the community, using local materials. Residents were trained in construction techniques and built the property by hand.

Bushmans Kloof was built on neglected land and the owners re-introduced indigenous flora and fauna, including the endangered Cape Mountain zebra. The staff at the lodge also live in a village that runs on solar energy.

The Ol Pejeta Conservancy is home to three of the world’s last remaining northern white rhino. It supports people living around its borders and ensures wildlife conservation translates to better education, healthcare and infrastructure.

The hotels, wildlife conservation groups and other nominated organizations come from 13 countries on the continent, including the Gambia, Mozambique, Morocco, Kenya, Uganda, Ethiopia, South Africa, Zambia and more.

The awards are given in eight different categories:

The independent judging team will now debate and make their own decision as to the winners, based on the evidence and information provided to them. Any support or otherwise for the long listed organisations can be sent to awards@africanresponsibletourismawards.com.

You can follow along with the awards using the hashtag #ARTA16 or by following @RTAwardsAfrica on Twitter.

The Mara Naboisho Conservancy: A Kenyan Conservation Success Story
One Month And 200 Km: One Man’s Plan To Walk With The Maasai To Support Conservation
How Wine Tasting Meets Ecotourism In South Africa