While on safari to Africa, seeing the “Big Five” is on many tourists’ wish-list. Ol Pejeta is one of the perfect choices for anyone intending to view Kenya’s finest Big Five.

Spanning over 90,000 acres, the Ol Pejeta Conservancy is a not-for-profit wildlife conservancy located in Nanyuki, Kenya. The conservancy lies on the equator west of Nanyuki between the foothills of the great Mt Kenya and the Aberdares.

Originally used as a cattle ranch, Ol Pejeta came about when increased poaching in the north, and human settlement in the south, forced elephant herds to take up refuge on the Ol Pejeta lands. 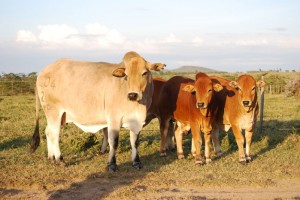 Cattle still plays a pivotal role in the conservancy, and Ol Pejeta has been lauded for its efforts to integrate livestock and wildlife. This has proved to be a useful “ecological tool” that helps in maintaining heterogeneity and maximizing biodiversity in the conservancy. It is one of several parks that have taken this approach in Kenya.

The conservancy boasts the largest and fastest growing population of rhinos in Africa: It is home to southern white rhino, about 80 black northern rhinos, and in a special sanctuary there are four of the seven remaining northern white rhino in the world.

The Sweetwaters Chimpanzee Sanctuary that is within Ol Pejeta is home to orphaned and abused chimpanzees brought in from western and central Africa. It is the only place in Kenya where one can see this highly endangered and intelligent species.

Currently, the chimpanzee population at Sweetwaters stands at 43. These animals have been rescued from traumatic situations and brought there to be given the care and safety they need.

At Ol Pejeta, visitors can have the once-in-a-lifetime experience of seeing the Big Five as well as many other endangered and rescued animals. The conservancy offers both game bush walks and nighttime game drives, which are uncommon in other Kenyan parks. Bush walks offer tourists the chance for more up-close game viewing.

Community outreach has been incorporated into the Conservancy’s programs. The conservancy prides itself in innovating sustainable methods geared towards maintaining a working relationship between the community and itself.

By involving the surrounding communities in security efforts — through provision of tracker dogs and transport — Ol Pejeta builds a working relationship with the locals. They, in return, provide security to the conservancy in the form of information gathering and recruitment. 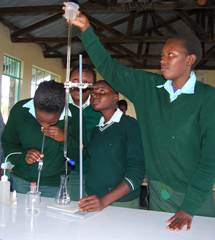 With the help of willing donors, Ol Pejeta works to develop the funding required for wildlife conservation efforts as well as providing financial assistance to community-based projects aimed at improving the livelihood of the surrounding communities. Working closely with the local government, Ol Pejeta identifies projects that qualify for funding and then disburse the funds.  A number of health facilities, schools, and community-based conservation tourism ventures have been funded by Ol Pejeta Conservancy.

Ol Pejeta’s keenness to educate as well has led to the establishment of an Environmental and Conservation Centre. The centre teaches ecology, culture and the essence of sustainable wildlife management for future generations.

With animals such as the elephant and the rhino expected to become extinct in the coming decades, Ol Pejeta promises to be a solid rock in the fight for conservation of wildlife, and most especially endangered species.