Wrestling (called Laamb in the Wolof language and Lutte sénégalaise in French) is a national sport in Senegal and has grown in popularity over the last few decades. It originated from the tradition of the Serer people as preparation for war among the warrior classes of the culture. It is common throughout Senegal and in parts of The Gambia as well. During the wrestling contests, men often put on elaborate outfits to intimidate their opponents and entertain the crowds in everything from small amateur matches at the beach to the giant stadium contests. Here are some of the faces of the wrestlers of Senegal. 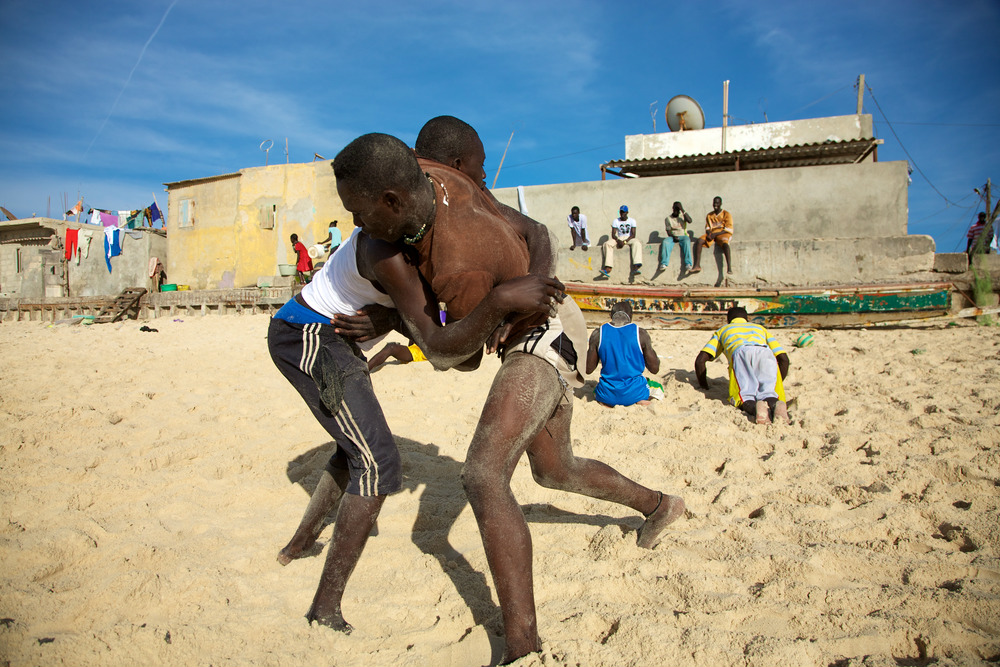 Small wrestling contests are very popular on the beach, where most of the training occurs. 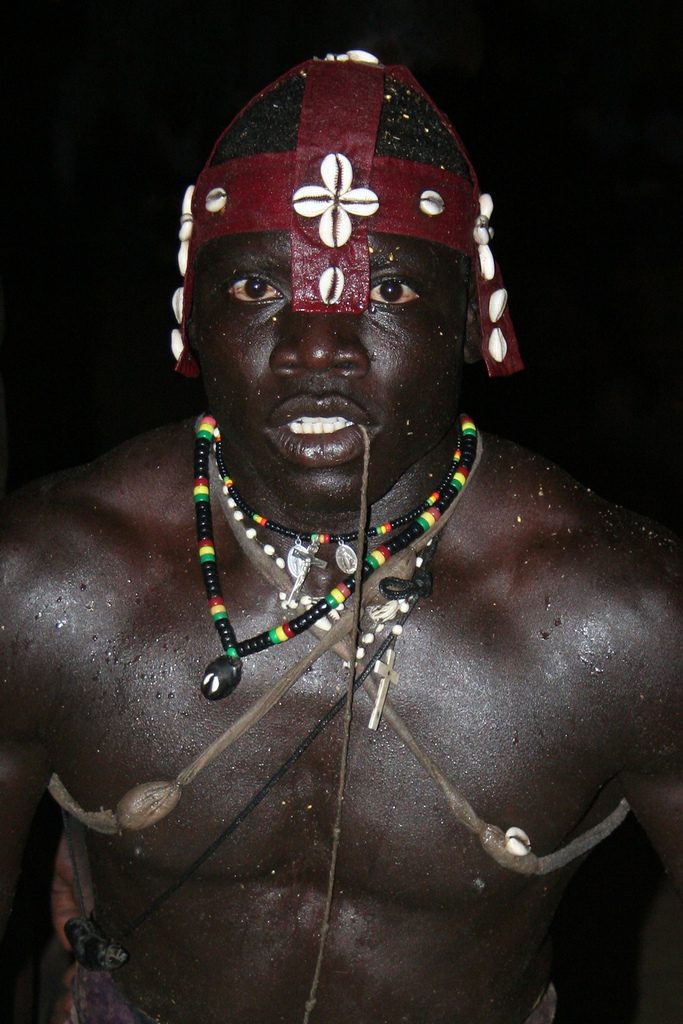 Many of the wrestlers look extremely intimidating. We wouldn’t want to brawl with this guy! 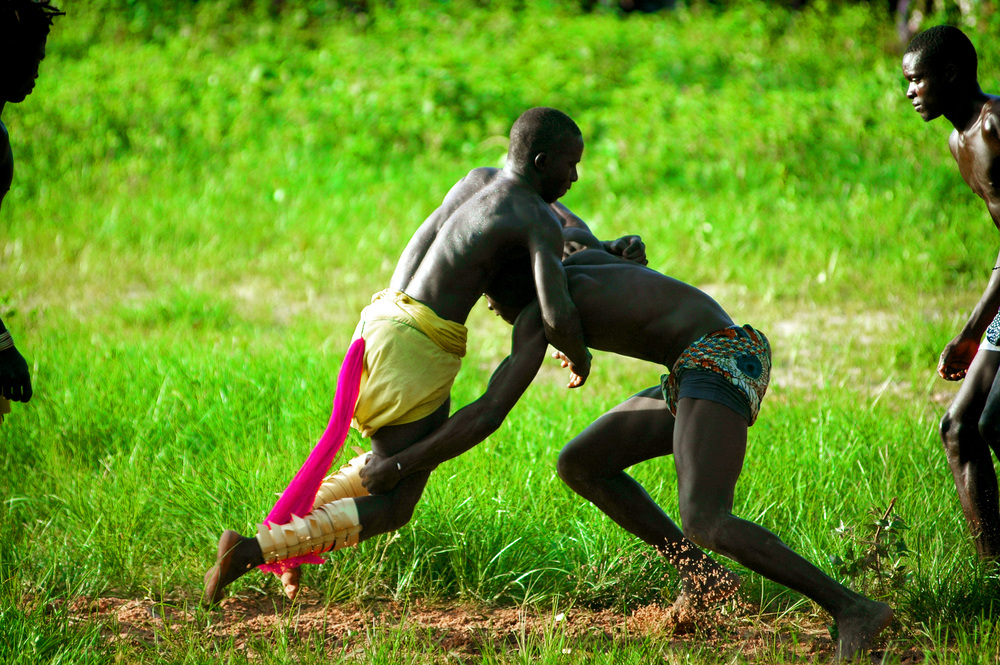 You have to move quickly or you’ll easily get thrown to the ground. 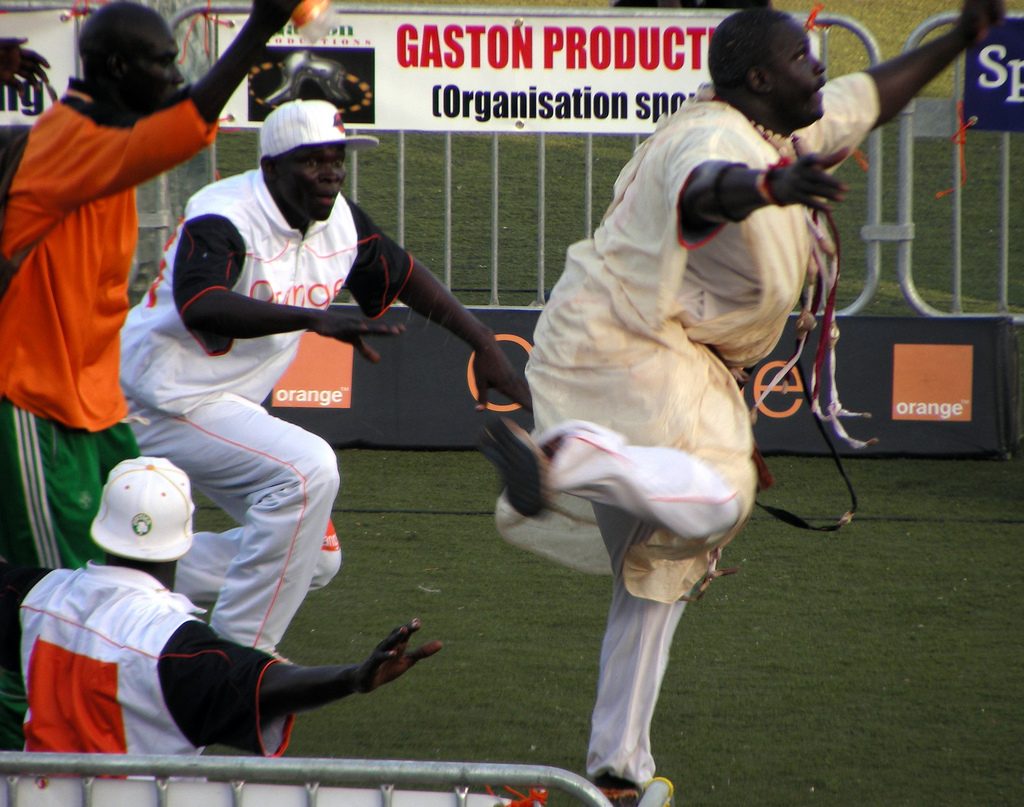 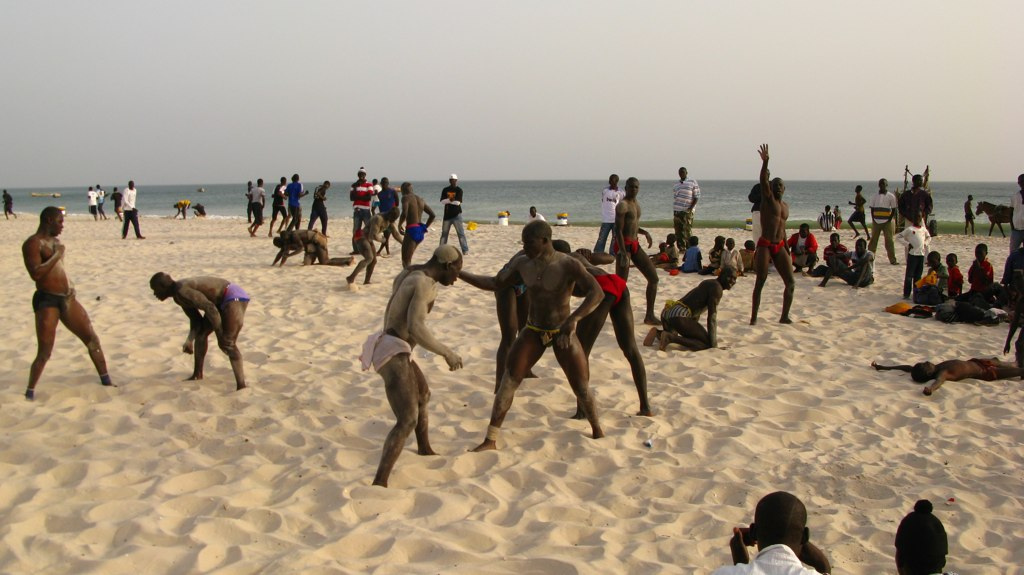 Wrestling in Senegal dates all the way back to the 14th century.

As mentioned, the outfits can be quite elaborate. 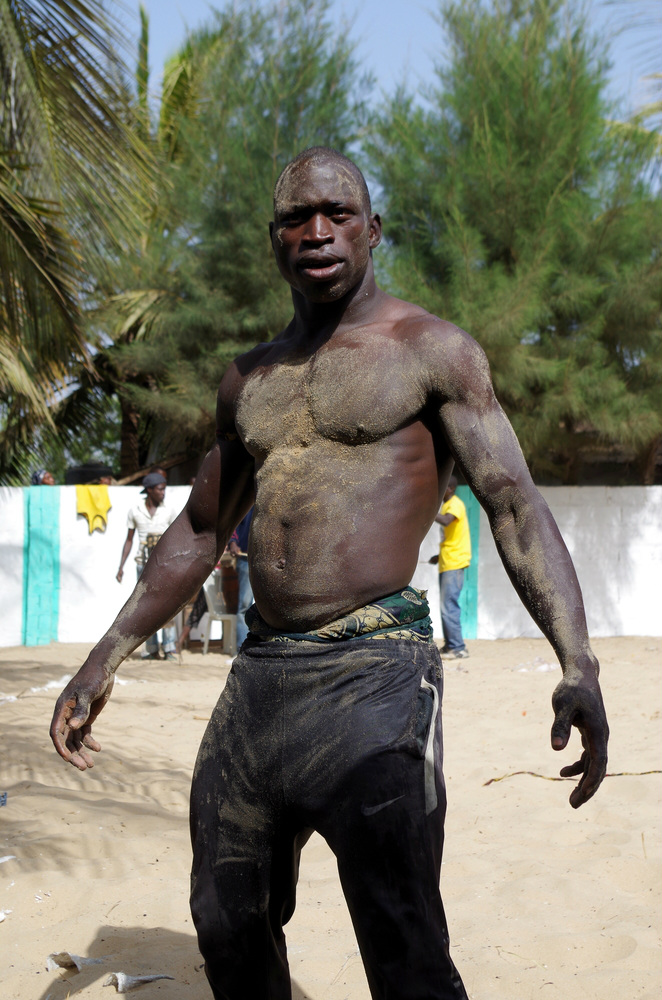 The sport is so popular that it has spread to nearby Gambia. 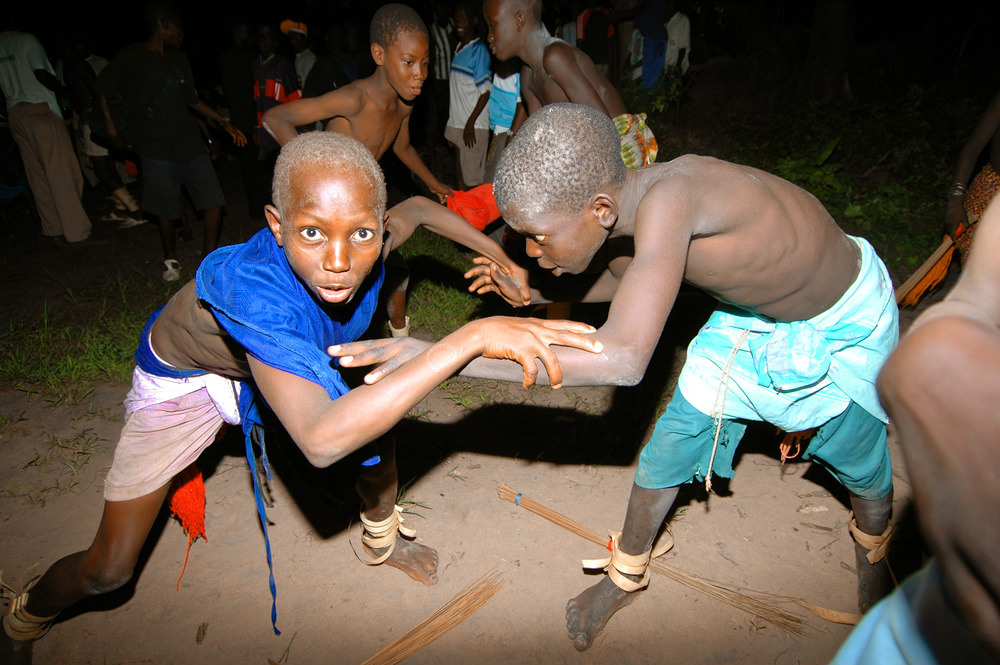 Children begin training for wrestling at an early age, eager to become stars of the sport. 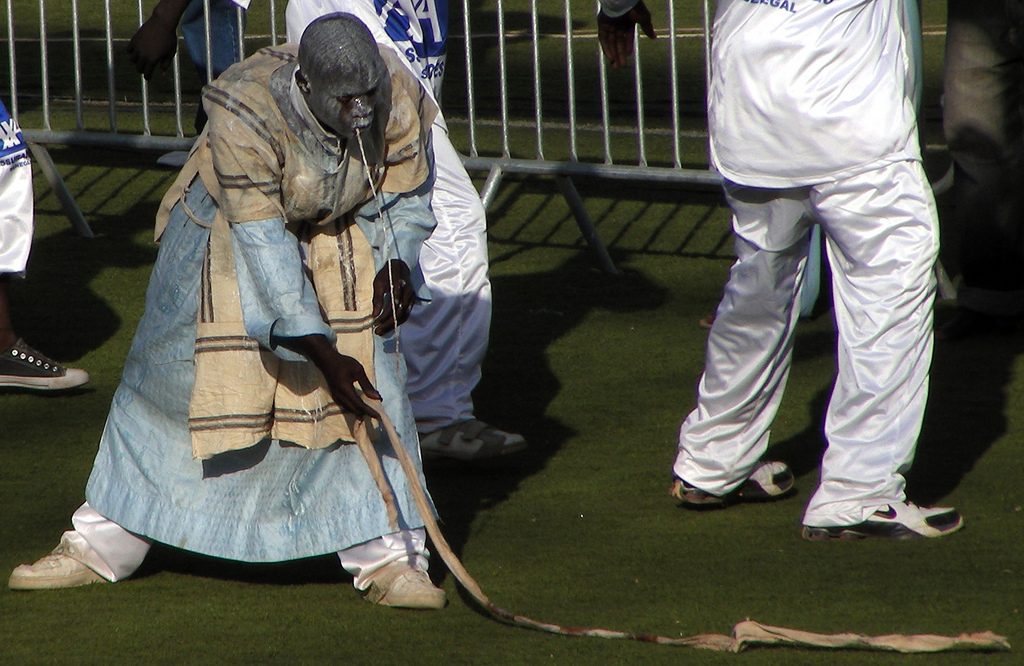 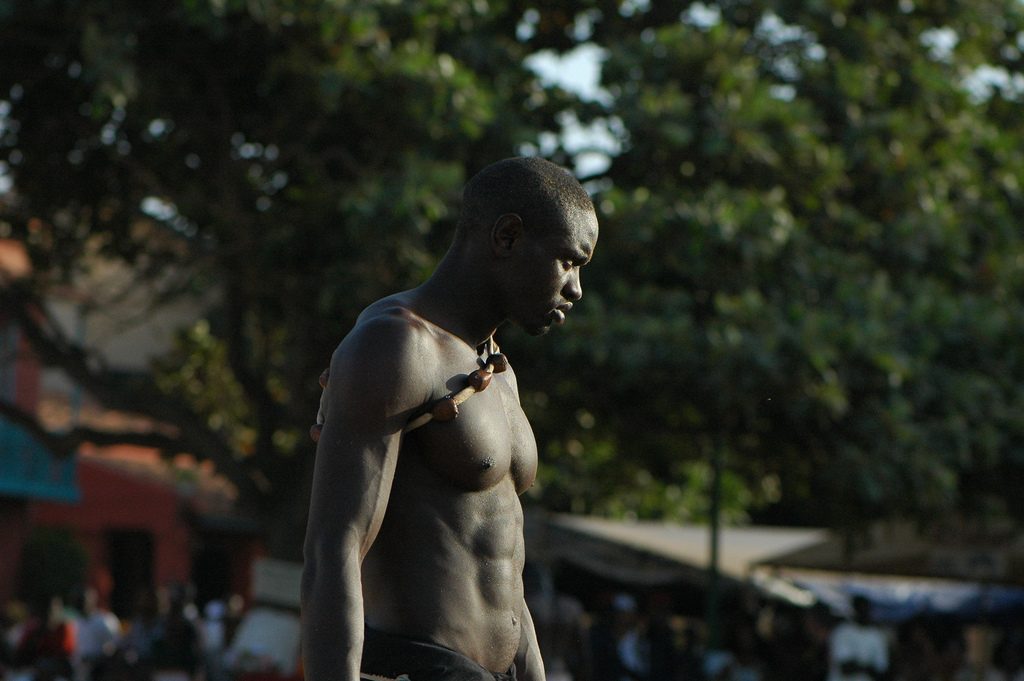 10 Reasons Saint Louis, Senegal Should Be On Your Bucket List
Culture Corner: 10 Festivals In Senegal That You Should Know About
10 Things You Didn’t Know About Senegal