Travelers looking to getaway to more destinations in Africa are in luck. Several airlines are offering new flight options to and within the continent, including South Africa Airways, Qatar Airways and Turkish Airlines. 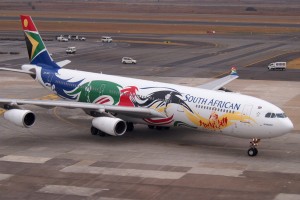 South African Airways (SAA) just commenced its first flight to Abuja (its second destination in Nigeria) from Johannesburg on January 26.

The flight is part of three non-stop weekly flights between the cities, which will eventually be extended into a daily flight.

The decision to add the flight in addition to its existing daily service to Lagos is part of plans to boost relationships between Nigeria and South Africa.

A few hours east of Johannesburg, Maputo is also getting a new service with direct flights from Doha on Qatar Airways that will start in March 2016.

Although Qatar Airways has had flights between Doha and Maputo since 2012, the new direct flight will reduce travel time by two hours and improve the connections between Qatar and Mozambique.

It will now be easier for travelers coming to Mozambique from other destinations in Asia, Europe and the Middle East without stopping in Johannesburg.

Travelers will fly in comfort during the flight on a Boeing 787 Dreamliner, the same aircraft the company uses for its Johannesburg to Doha route and others.

Those seeking to experience the best of Africa’s island nations also have new destinations by way of Turkish Airlines.

The company launched a new flight that travels from Port Louis, Mauritius then onward to Antananarivo, Madagascar on December 15, 2015.

The new flight has been operating three times a week on Tuesdays, Thursdays and Saturdays.

Beginning February 8, a Monday flight will be added, increasing the flights to four times a week.

The airline now flies to 48 destinations in 31 different countries with the addition of Port Louis and Antananarivo.

The 10 Most Ridiculous Airline Fees

Airline Assessment: Qatar Airways From Joburg to Doha, On The ‘Dreamliner’