Often overlooked by first-time travelers to South Africa, the Cederberg should be at the top of more itineraries as one of the Western Cape province’s most spectacular natural treasures. About two hours’ drive north of Cape Town, the semi-desert Cederberg Wilderness Area spans 320 square miles of rugged mountains with dramatic wind-carved sandstone formations, fertile valleys that fill with wild flowers come springtime, indigenous mountain fynbos and ancient rock art. There are activities by the bucketload in the Cederberg to suit the whole family (whether adventurous or not), ranging from rock climbing and rock art viewing to rooibos and wine tasting – all alluring reasons to visit this pristine wilderness. 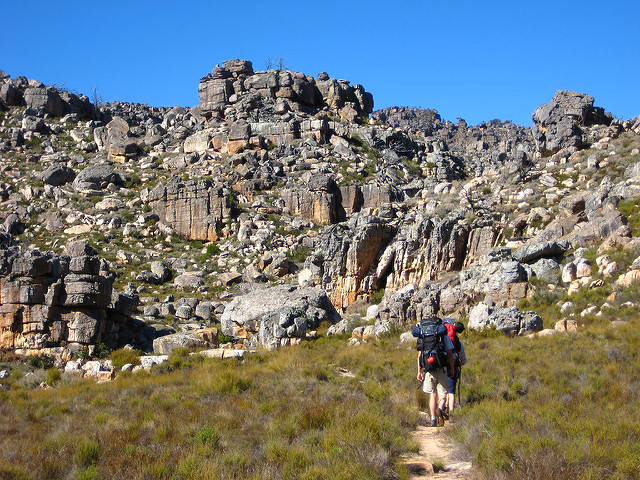 The Cederberg is renowned as a hiking destination, with routes that suit people of all fitness levels and breathtaking scenery with rivers and many rock pools to cool off in. Hikes range from a few easy miles, which can be covered in a couple of hours, to multi-day 62-mile treks. Dwarsrivier Farm is a starting point for many day hikes, including to the beautiful sandstone formation called the Maltese Cross, which takes an easy four hours and the Wolfberg Cracks and arch, which is for experienced hikers – a tough eight-hour hike that involves some climbing. Algeria campsite is also a good starting point for several day hikes. 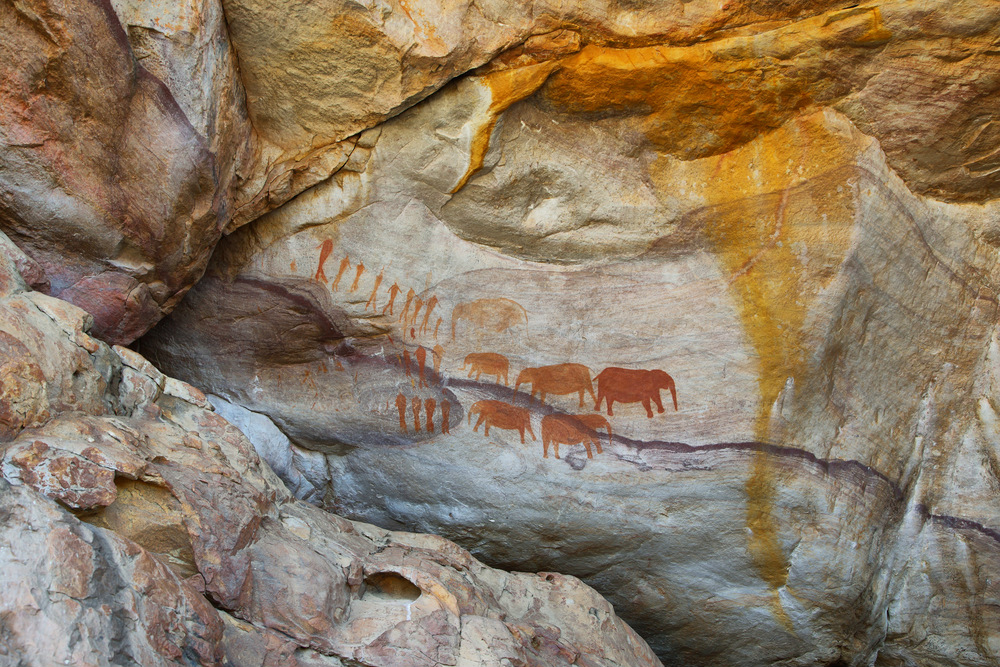 The caves and sandstone formations of the Cederberg are covered in around 2500 rock art paintings – the work of the area’s first inhabitants, the nomadic San people – which are thought to be between a millennia and eight thousand years old. Some of the paintings are small, and some cover huge boulders, telling the stories of epic scenes of nature. The best way to see the Cederberg’s rock art is on the Sevilla Trail, a two-mile self-guided walk that follows the Brandewyn River from Traveller’s Rest farm, which covers nine sites. Remember to pick up a map from the farm stall on the farm, which will explain the art before you head out on the trail. The Stadstaal caves are also amazing – get a permit from Dwarsrivier Farm and then explore the sandstone caves at sunset for the best golden-light views. 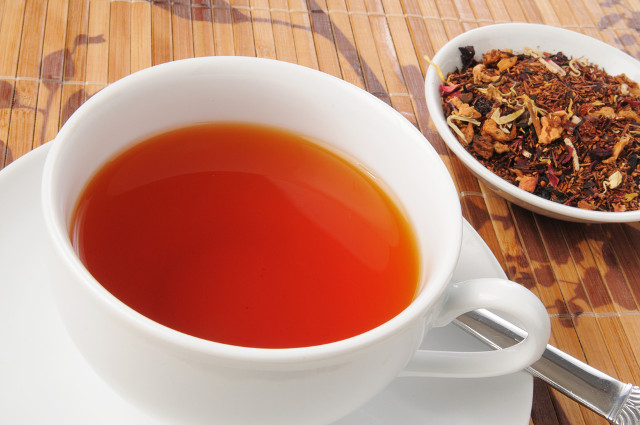 The Cederberg is the only area in the world where rooibos tea (a red-colored, caffeine-free herbal tea known for its antioxidant properties and now in demand internationally) is grown. Rooibos tourism has taken off recently, and now there are loads of tea-related activities on offer in the Cederberg. Make your first stop at the Rooibos Teahouse in the town of Clanwilliam, where you can do a guided tasting of some of the 100 types of rooibos from local farms the shop stocks, followed by a delicious treat in the form of rooibos-flavored carrot cake or cheese cake. Learn more about how rooibos is farmed on a rooibos safari in a 4×4 on Groenkol farm, hike in the Biedouw Valley, a beautiful mountain valley full of rooibos farms, and don’t miss a visit to the charming tiny hamlet of Wupperthal, which has an organic rooibos farm collective.

The Cederberg is home to some fantastic campsites, and by going camping you’ll get to experience some of the best that the area has to offer, from hiking routes just outside your tent flap, beautiful rock pools to cool off in with a beer after a long hot day and giant night skies studded with stars to sleep under on warm summer evenings. 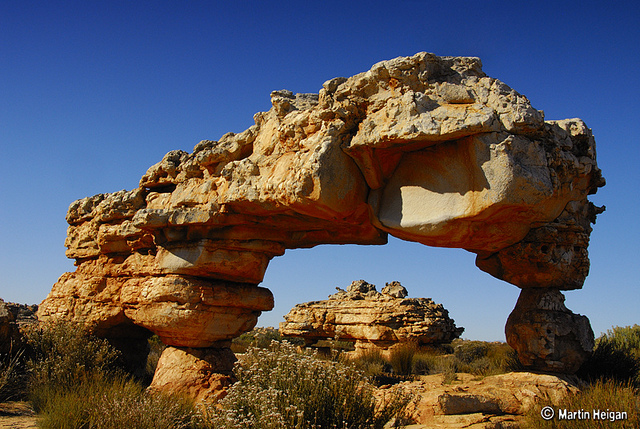 The Cederberg is a rock climber’s mecca, with hundreds of overhangs and caves to explore, traditional rock climbing routes of all grades as well as boulders that are suitable for beginners and children up to experienced climbers. One of the best places to base yourself is at Sanddrif Holiday Resort, which is close to the Wolfberg and Tafelberg crags – excellent traditional climbing spots. Another popular spot is Rocklands (said to be one of the top bouldering areas in the world) where there are big sandstone boulders – surrounded by spectacular scenery – to tackle. 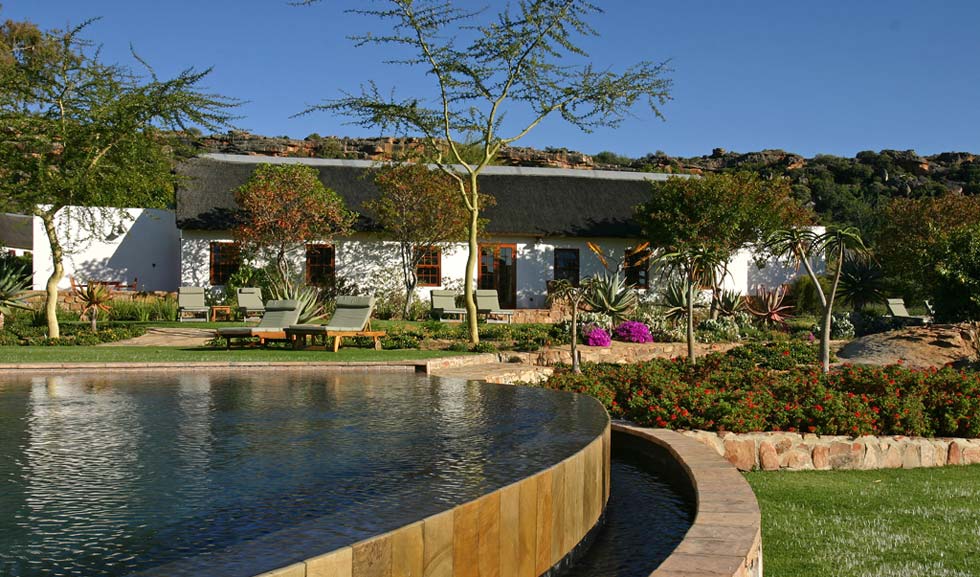 The 7500-hectare private reserve and its five-star lodge (voted one of the best hotels in the world) is the most luxurious place to stay in the Cederberg, and would be worth the trip to the area alone. Accommodation is in the 19th century manor house or in thatched whitewashed buildings spread out on the tree-shaded, manicured lawns, which look out onto rocks and fynbos. There are activities galore offered on the property, which range from game drives to see bontebok, grey rhebok, red hartebeest, black wildebeest and Cape mountain zebra and aardwolf, canoeing in the dam, mountain biking, fly fishing, archery, hiking and guided rock art excursions to see some of the 130 sites on the reserve. The food is superb, and many of the dishes and drinks feature the indigenous rooibos tea. 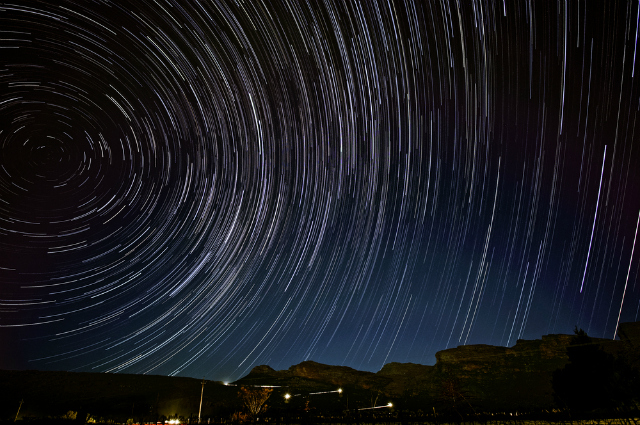 The night sky over the Cederberg has little light pollution, making it a great place for star gazing. Download the Star Walk app on your smartphone and work out the constellations yourself lying around the campfire, or visit the Cederberg Observatory, where you can do two-hour guided tours every night. 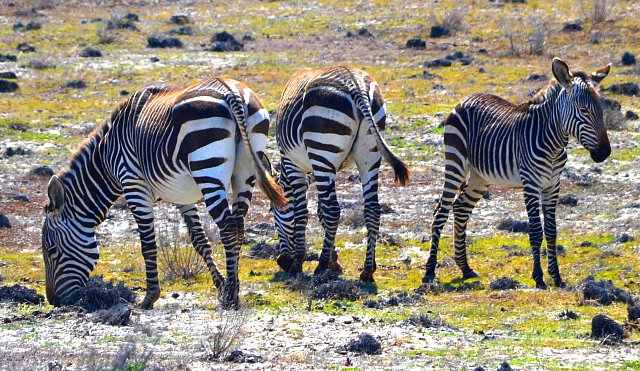 The Cederberg is not Big Five territory but the animals life here is surprisingly diverse and fascinating – especially if you’re interested in the smaller fauna. There are lots of comical dassies, which can often be found sunning themselves on rocks, klipspringers and reedbuck – small antelope – as well as Cape mountain zebras. It’s very rare to see them but there are also aardvark, African wild cats, caracal and leopards who live in the Cederberg – count yourself extremely lucky if you get a sighting of one of these elusive animals! 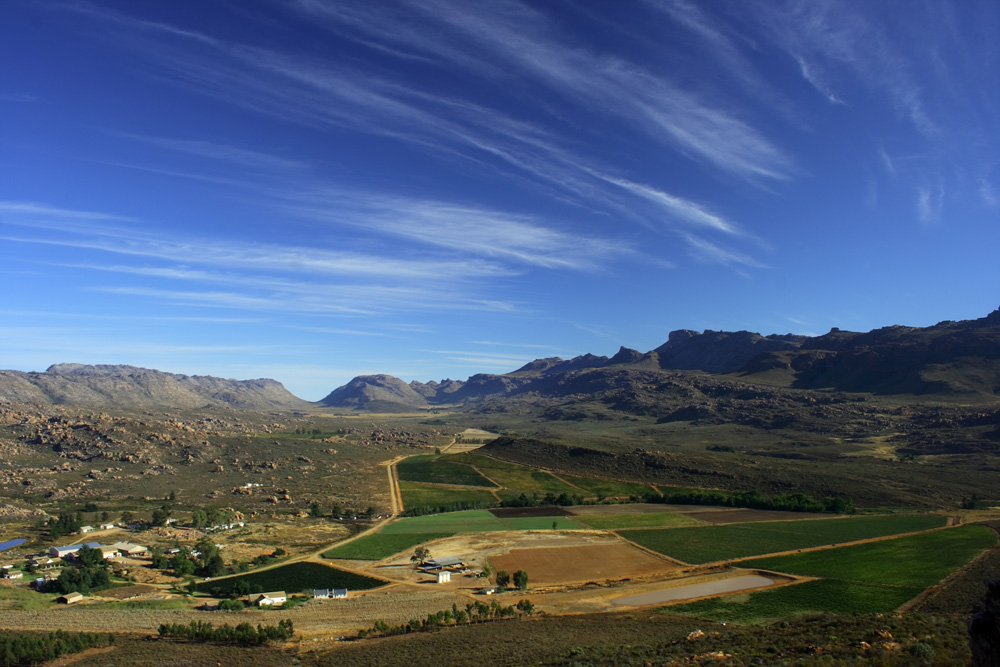 There aren’t many wine farms in the Cederberg, so don’t expect Stellenbosch or Franschhoek, but there is one excellent wine estate that you shouldn’t miss. The Cederberg Cellars – the highest wine estate in South Africa – produces award-winning wines ranging from Sauvignon Blanc and Chenin to Cabernet Sauvignon and Shiraz. Visit the farm for a tasting (don’t forget to pick up some bottles to take home) and if you want to swallow rather than spit, there are some lovely cottages to stay at overnight on the farm.