Meknes is often overlooked on the Morocco tourist circuit, but that’s too bad, as it contains some of the best history and architecture of any Moroccan city. It’s also conveniently located between Rabat and Fez, making it an easy stop for tourists traveling to these cities. One of the other cool things about Meknes is that you won’t be bothered by hawkers near as much as Fez or Marrakech. You’ll also be able to experience more of everyday life. Here are 10 fun things to do when you go. 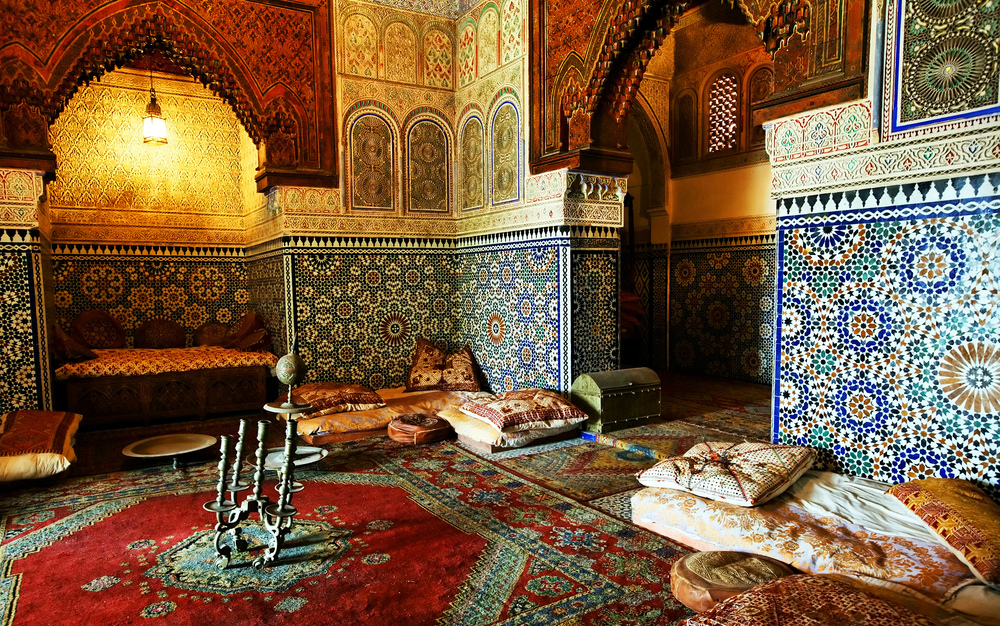 Soak up some vivid colors at the Museum of Moroccan Art

The Museum of Moroccan Art (or Dar Jamai) is a feast for the eyes and has many luxurious works that show off just how wealthy Meknes was in the late 1800s when the house was constructed. It used to be the residence of the well-off Jamai family, but was converted into a museum in 1920. Many of the rooms feature incredible woodwork and intricate tiles, along with housing historic pieces of Moroccan art. 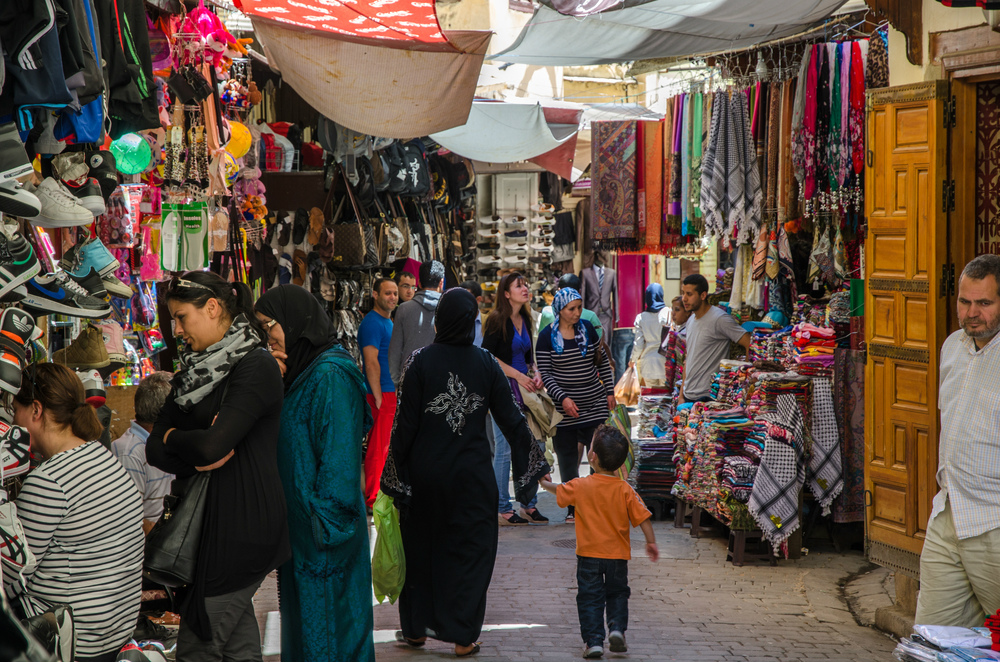 Wander the streets of the Medina

The Medina is a UNESCO World Heritage site and is the most vibrant place in the city — with curving roads and local souks filled with both elaborate and everyday goods. If you’re planning to head on to Fes or Marrakech later, it would behoove you to purchase souvenirs and goods in Meknes, as they will be significantly cheaper, and are often the same thing. The Souk Sebbat has the most shops with traditional goods. If you’re adventurous, be sure to try any of the numerous vendors selling local bread, olives, juice and meats. 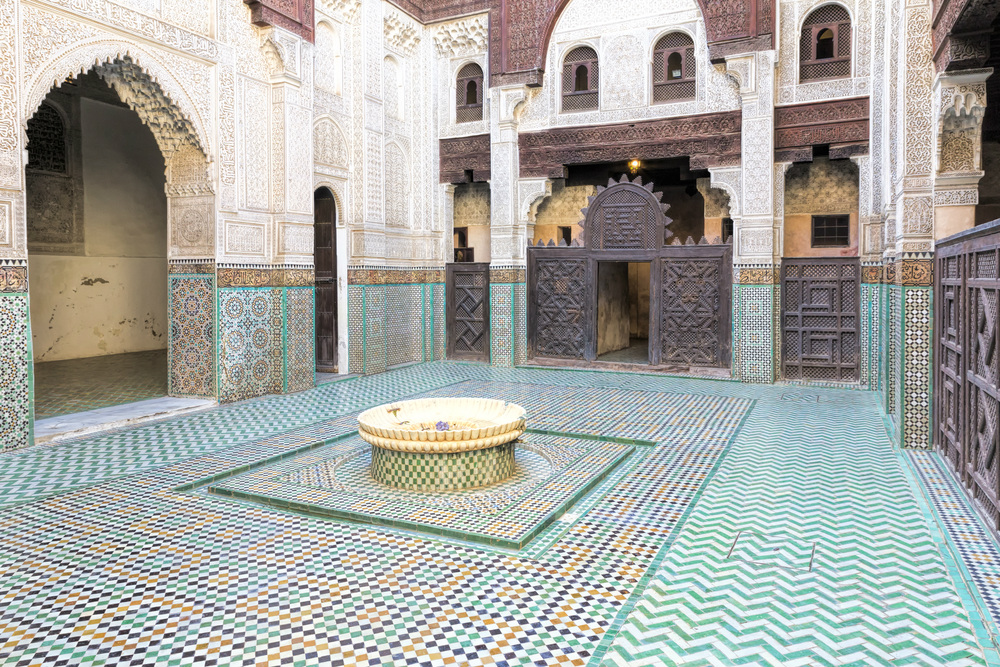 Marvel at the Bou Inania Medersa

This medieval building (not to be confused with the one of the same name in Fez) was built in the 14th century and most of its fabulous zellige tile has been perfectly preserved. The interior is also graced with a rooftop opening which lets ample light inside. Visitors can walk up to the top of the rooftop for fantastic views of the Meknes medina. 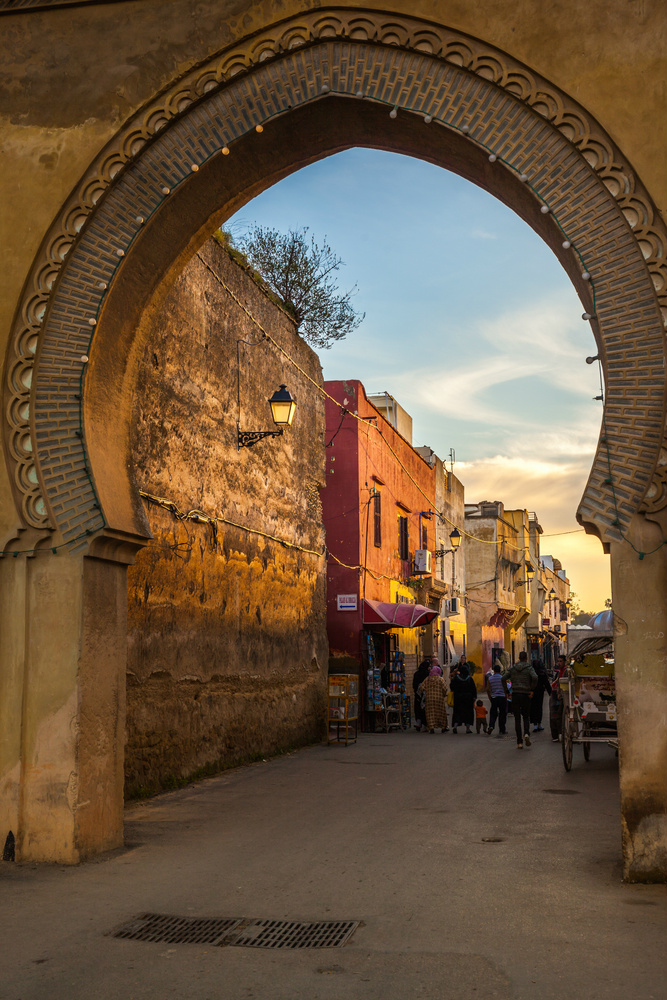 No, it isn’t quite like Star Wars, but the Imperial City has a large area of ruins to explore. Today, the Koubat al Khayatine stands in the area and is open to the public. Most of the ruins were built during the time of Sultan Moulay Ismail. 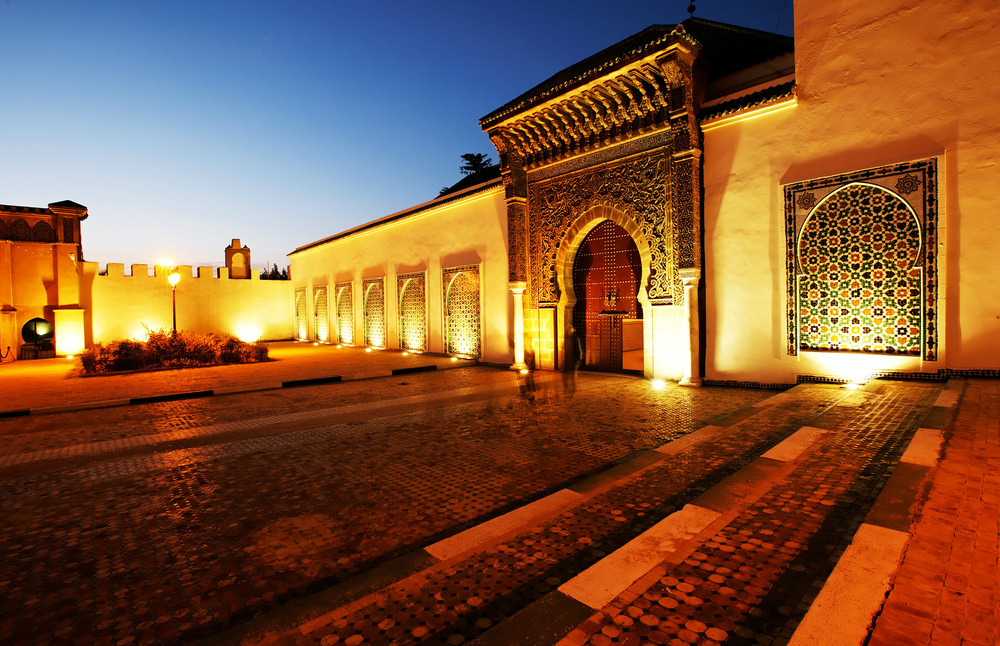 Look back into history at the Mausoleum of Moulay Ismail

Speaking of Sultan Moulay Ismail, you can find his tomb nearby in an exquisitely decorated mausoleum. The interior features some of the best architecture in Morocco and you can tell lots of money was spent on showcasing the Sultan for centuries to come. Unfortunately, the mosque isn’t open to non-Muslims, but visitors can still explore the outer complex and see the interior from the entrance. 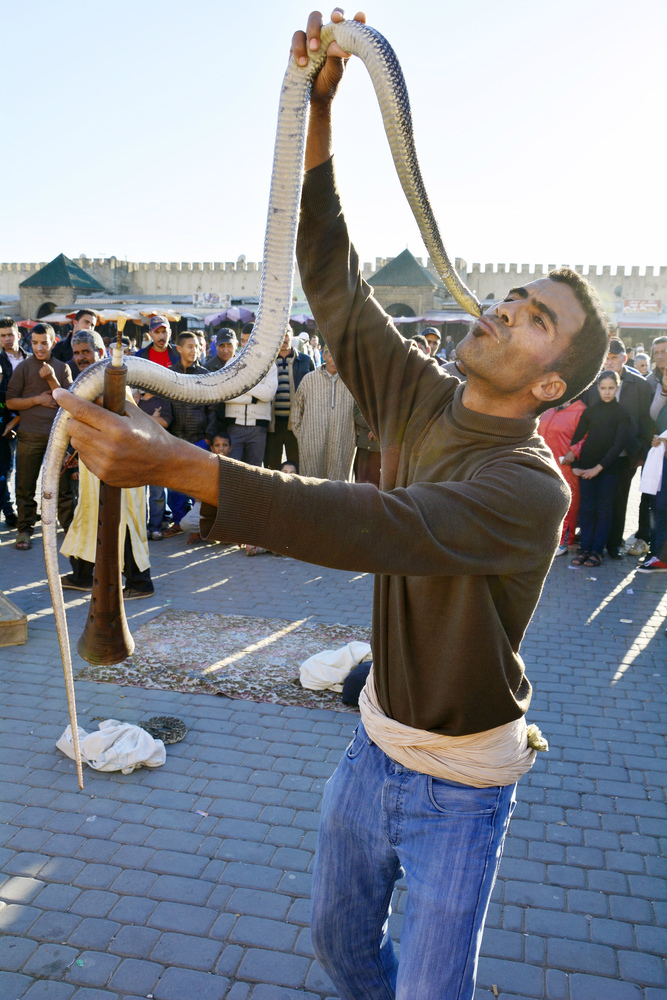 This busy square is the perfect place to grab a seat at one of the cafes and people watch. It’s similar to the Jemaa el-Fnaa square in Marrakech, but you won’t be hassled as much by people approaching you. There are also plenty of places to eat in the square. Try coming in the daytime then at night when it really gets busy to see the contrast. Stop by the Bab Mansour gate

While there are 27 gates around the Meknes Medina, the Bab Mansour gate is by far the most impressive. After hanging out in El Hedim Square, stop by and gawk at the intricate work of this towering gate, which was built in 1732. 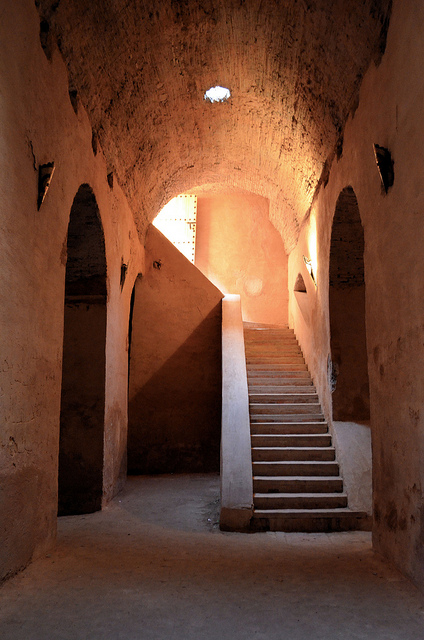 If you’re up for exploring some of the city’s dark history, Kara Prison (Habs Qara) will be up your alley. This massive underground prison was once home to 60,000 slaves that were shackled to the wall and forced to sleep standing up during the building of the city. The ambassador’s pavilion, known as the Koubbat as-Sufara is directly on top and is also worth seeing. 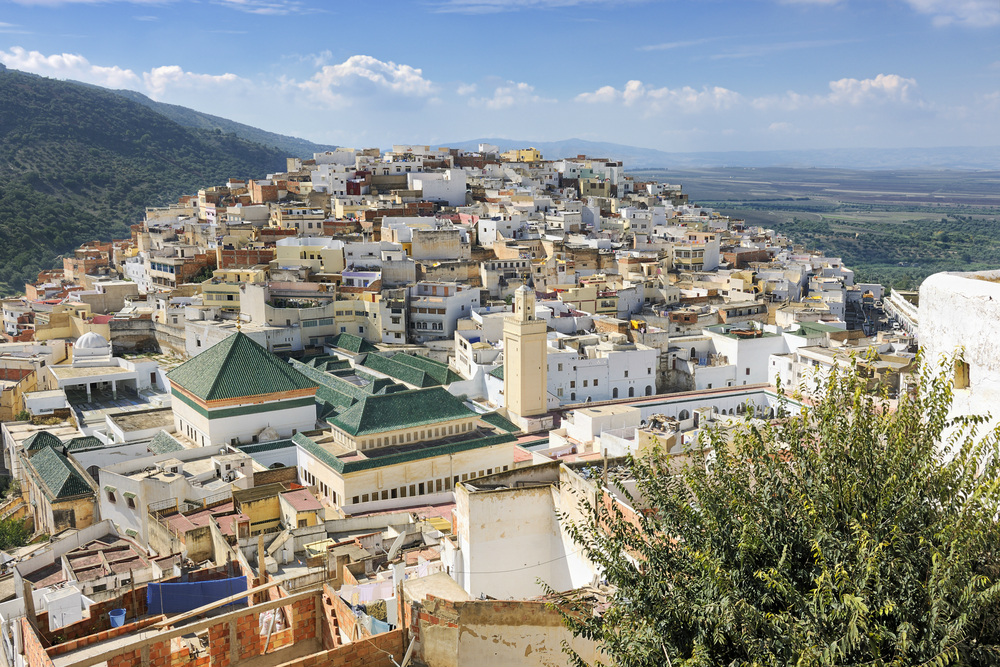 Located less than 30km from Meknes, Moulay Idriss was founded in 788 and built over a rocky outcrop in the surrounding hills. The buildings slope straight up and you’ll definitely get a leg workout by hiking up to the top. You can spend a few hours wandering around the streets and get incredible views from inside the Medina. If you’re heading to Moulay Idriss, you might as well stop in Volubilis as well. The crumbling city was established in the 3rd century BC as a Phoenician settlement. It later changed hands to Carthage and Rome before it was mostly abandoned. An earthquake in the 18th century added to its demise, and many of the stones in Meknes were taken from the site. It’s now a UNESCO World Heritage Site, so it should be pretty solid for years to come.

This article was originally published on September 29, 2015.