Johannesburg has a large and diverse population, a vibrant arts scene, and a persistent culture of lawlessness, especially in the city’s most neglected areas. This unique combination of characteristics has transformed the city into Africa’s biggest graffiti hot spot.

Over the past decade, beautiful urban art has sprouted up all over Joburg – from the city center, to the wealthy outer suburbs, to the sprawling townships. And the world has taken notice: tourists travel to Joburg specifically to see graffiti. The city even has its own graffiti festival, the City of Gold Urban Art Festival, which attracts top artists from around the world.

The following photos showcase some the most most engaging graffiti art in Johannesburg, painted by accomplished local and international artists. 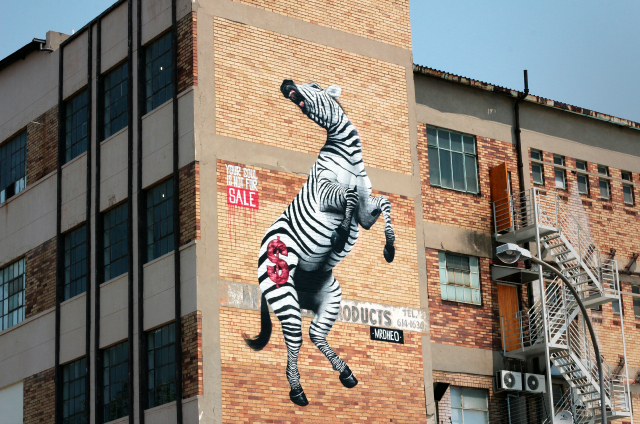 Portuguese artist Mr. Dheo painted this three-story Zebra, titled “Your Soul Is Not for Sale”, on a building in Jeppestown during the 2014 City of Gold festival. 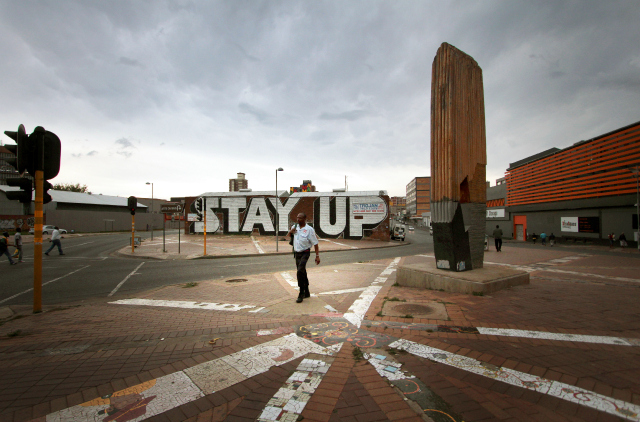 “Stay Up”, a graffiti piece by New York City artist Steve “ESPO” Powers, adorns an intersection on the edge of the rejuvenated Maboneng Precinct in Joburg’s inner city. The piece was painted for the “I Art Joburg” project in 2012. 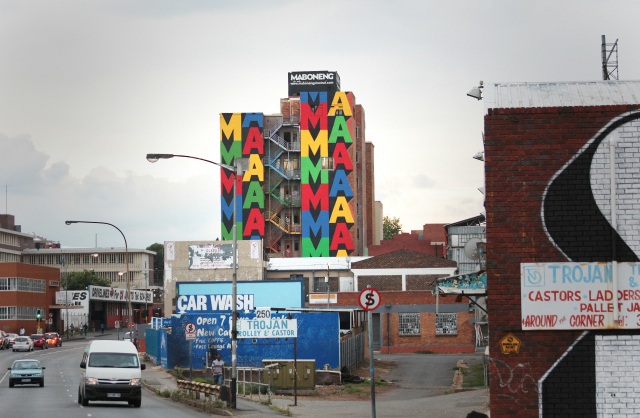 “MaMa”, also painted by ESPO in 2012, is one of Joburg’s most eye-catching urban art pieces. The piece is a tribute to Mama Africa and decorates a Maboneng building that was recently refurbished into a collection of luxury penthouses. 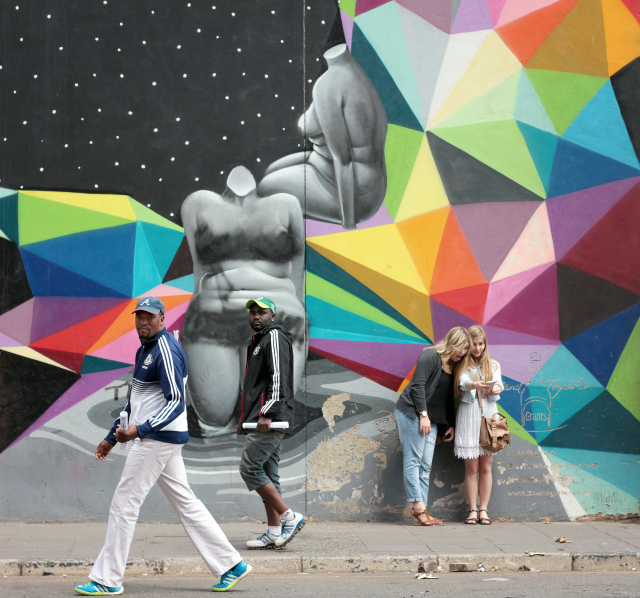 As passersby look on, two women participating in a graffiti walking tour with Past Experiences shoot a selfie in front of a graffiti wall in Braamfontein. Graffiti tourism is growing rapidly in Joburg. 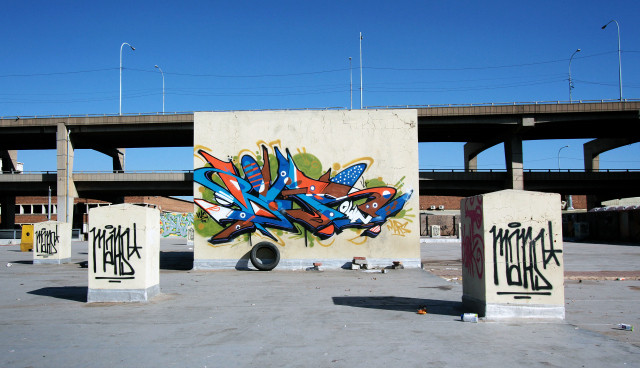 A piece by Bias, a Joburg-based graffiti artist, brightens a neglected space in Newtown. Newtown, one of the most historic sections of downtown Joburg, boasts some of the best and most prolific graffiti in the city. 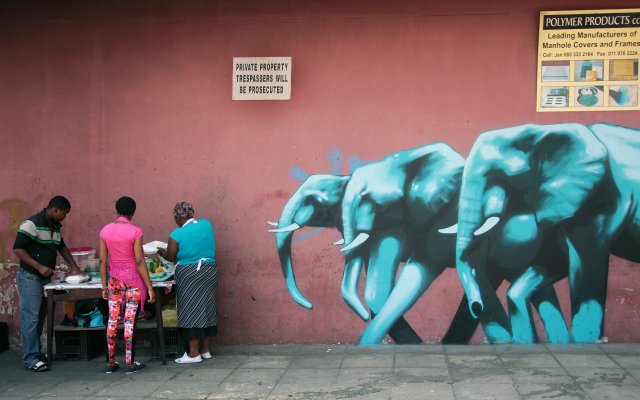 A family of elephants, painted by Cape-Town-based artist Falko One during the 2014 City of Gold festival, appears to approach a local food vendor. Cape Town has much tighter regulations regarding painting of private property than Joburg does, making Cape Town a less desirable destination for graffiti artists. 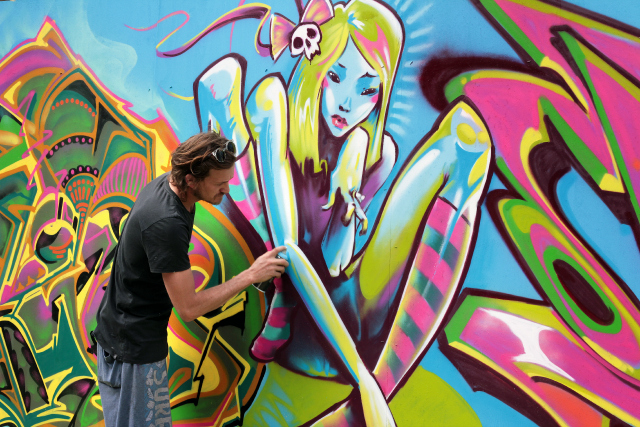 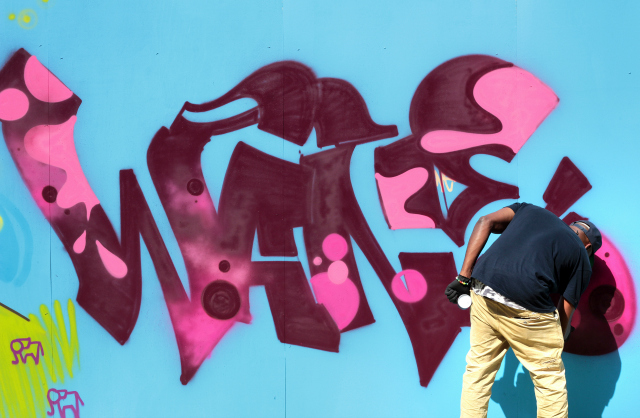 Wane One, an acclaimed graffiti artist from New York City, paints at the Absa Bank building during the 2014 City of Gold festival. The festival featured 17 graffiti artists, four of which were international. 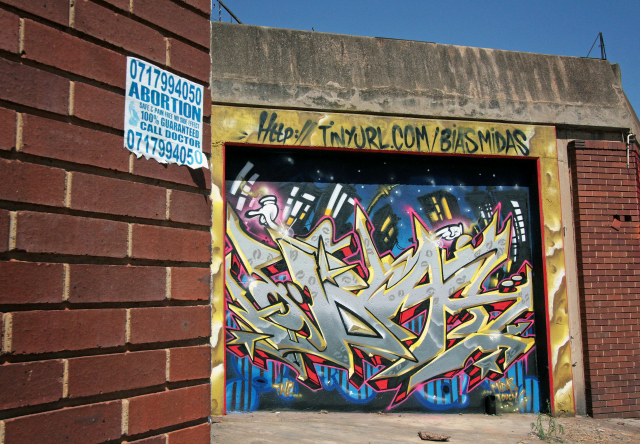 “The Midas Touch”, by Joburg artist Bias, celebrates the myth of King Midas (who had the power to turn everything he touched into gold) and was painted in Jeppestown for the 2014 City of Gold festival. 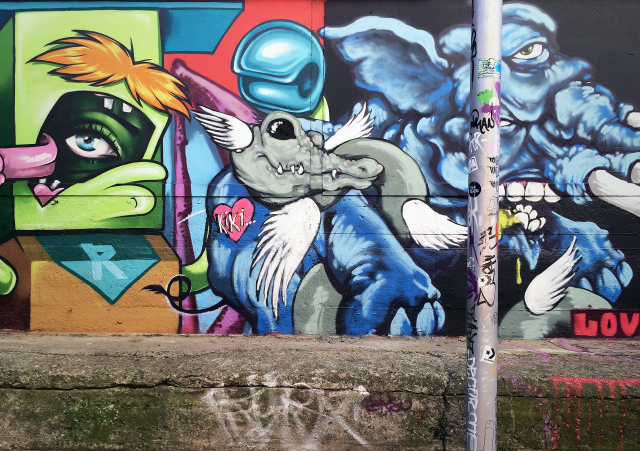 Gwigwi Mrwebi Street, a formerly neglected, decaying street in Newtown, has been covered in graffiti over the past couple of years. This wall was painted by local artists Rekso and Kevin Love. 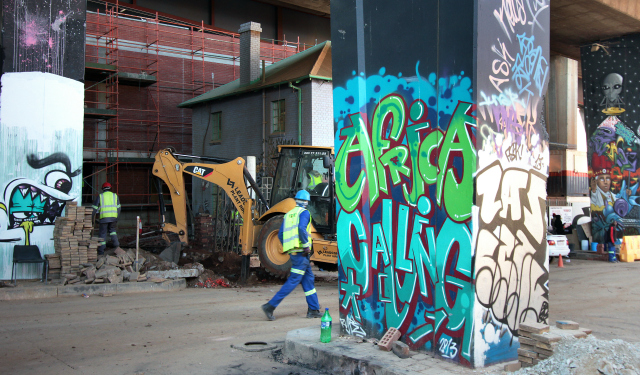 The pillars below the M1 highway in Newtown, once the exclusive domain of graffiti artists, have been engulfed by construction since the building of the Newtown Junction shopping center in 2014. Pieces like this one, by local artist Rype, tell the story of Joburg’s ever-shifting paint canvas. 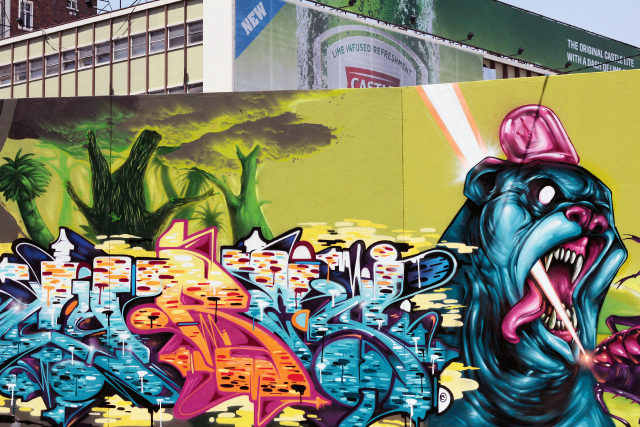 This wall on Wolmarans Street in Braamfontein, one of Joburg’s fast-developing downtown neighborhoods, was painted as part of the 2014 City of Gold festival. The pieces were painted by local artists Curio, Rekso and Fiya. 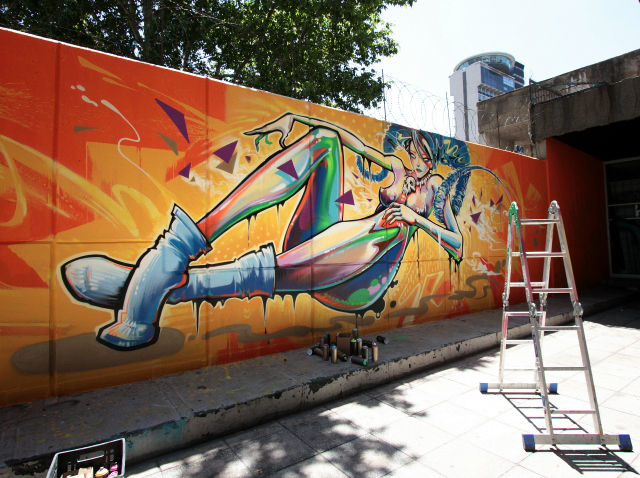 Veronika has one of the most recognizable graffiti styles in Joburg. This piece was painted outside the Grayscale Gallery, a graffiti art gallery and tattoo shop in Braamfontein, for the 2014 City of Gold festival. 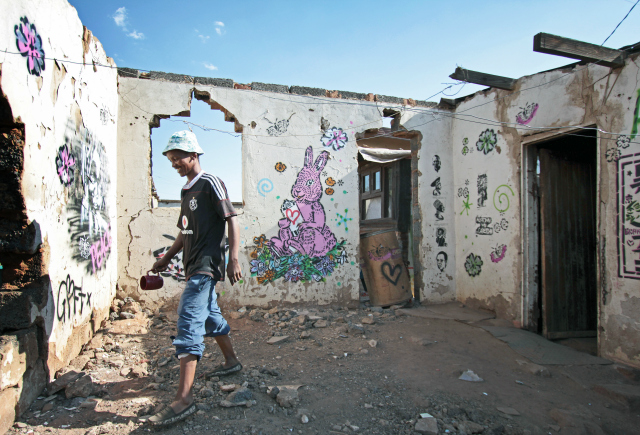 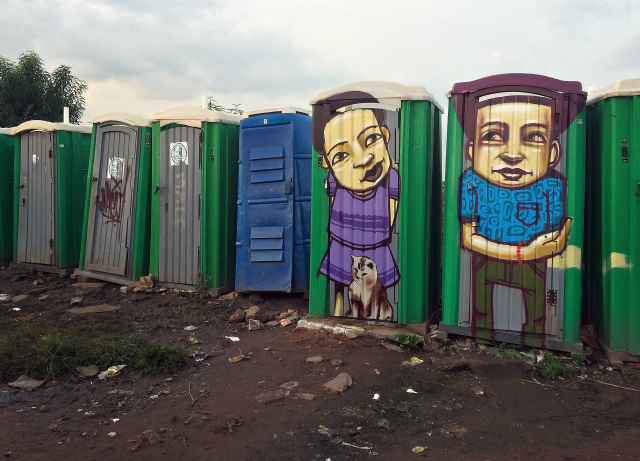 Graffiti appears in unlikely places. Cape Town artist Falko One painted these Kliptown toilets in 2013, highlighting the sanitation issues faced by residents of this historic, yet highly neglected section of Soweto.

Art In Unexpected Places: Durban’s Creative Explosion, In The Streets, Stadiums And Beyond

15 Cities With The Best Street Art In The World