The train is not the most popular — nor the most efficient — way to travel in Africa, but its aura of faded bygone glamour makes it a must for those who are fans of slow travel. Yes, there are quicker ways to get from point A to point B in Africa, but these noteworthy train journeys in Africa remind you that when you travel, it’s the journey, not the destination, that matters.

Thanks to Seat61 for supplying some of the details of the following train journeys.

Perhaps the most famous train in Africa, the legendary Blue Train is so named because of the rich indigo hue it’s always been painted. Dubbed the five-star “hotel on wheels,” the train offers nothing but the best in terms of food, wine, accommodation and scenery. The 994-mile (1600km) journey from Pretoria to Cape Town takes 27 hours, and includes a stopover at either a diamond mine or a pioneer town. (There is also service between Pretoria and Durban a couple of times a year).  Other trains may ply the same route, but not all have the silkiest bed linens, gold fittings in the bathrooms, award-winning cuisine served up by the country’s top chefs, and animals galloping across the savanna from the window.

The well-worn route between Nairobi and Mombasa is most often made via a cramped, hot motor vehicle or a noisy plane, by those seeking to get to their destination as quickly as possible. But the third option, the train, takes passengers on a leisurely overnight journey from capital to coast. While onboard the elegant Jambo Kenya Deluxe you can while away the time spotting giraffes, ostriches and zebras on the savanna, while savoring fine wines and gourmet cuisine in the full-service dining car. Sleeping berths are basic but comfortable, though things such as lights and faucets don’t always work as they should. 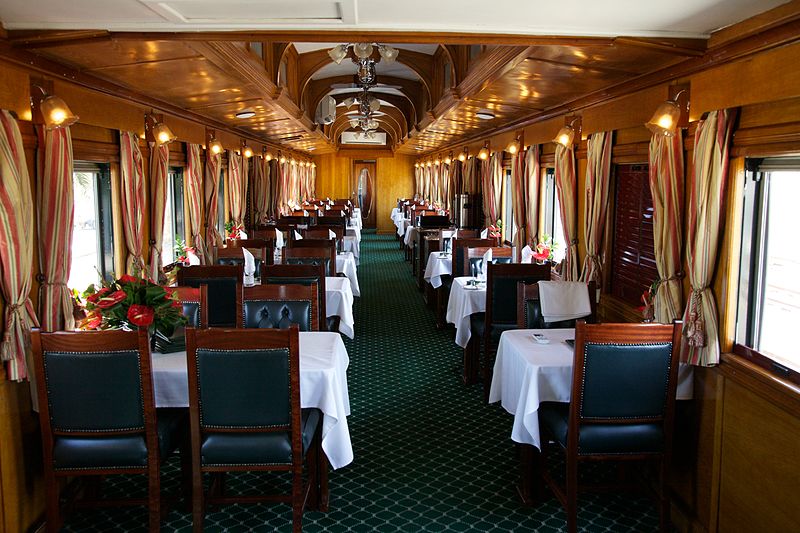 Rovos, a luxury train company, offers this epic 14-day journey on the Pride of Africa, one of its swankest trains. Passengers traverse South Africa, Botswana, Zimbabwe, Zambia and Tanzania, and get to make plenty of stops along the way to visit historic villages, diamond towns, game reserves and Victoria Falls. A high point of the trip is the Great Rift Valley, where the train negotiates a series of dramatic tunnels, switchbacks and viaducts. If 14 days isn’t enough, you can also ride the Pride of Africa all the way from Cape Town to Cairo in 28 days — though the journey only departs once every two years (the next one is January 2016).

The Desert Express is a tourist train that runs between Windhoek, Swakopmund and Walvis Bay, with occasional excursions up north to Etosha National Park. An elegant dining room, well-equipped sleeping cars (for multi-day journeys) and even conference facilities are offered onboard. Though not as swank as some of the other trains in Africa, the Desert Express is modern, convenient, and beats sweltering in the desert heat.

This private passenger train (which translates to “Ebony Train”) was the brainchild of innkeeper Guy Catherine, a French expat who owns a string of properties around Benin. In the mid-2000s he bought some colonial-era carriages, fixed them up, and started to offer journeys of varying lengths to his hotel guests. The train travels on a single narrow-gauge track between the coastal town of Cotonou and the inland capital of Parakou. At overnight stops in places such as Abomey, Dassa, W National Park, and Somba country, guests get the chance to stretch their legs, explore, and learn about Beninese culture and history.

A low-cost alternative to the Blue Train, Shosholoza Meyl offers long-distance intercity journeys across South Africa, primarily between Johannesburg and other major cities. The train, whose name promises “a pleasant journey,” takes you past the same scenery as the luxury trains, but for less than US$100. Trains are comfortable but not elegant, and save you the hassle of a flight or the prospect of staring at the motorway on a trip between Johannesburg and Cape Town.

A Zimbabwean train circa 1990 (irisphoto1 / Shutterstock)

Traveling overnight between Bulawayo and Victoria Falls, Zimbabwe Rail features classic but crumbling 1950s-era British-built coaches with wood-panelled interiors. Some are still painted in the original Rhodesia Railways colors, with windows and mirrors etched with the “RR” logo. The bus is faster and probably better maintained, but nothing beats waking up to the sight of baboons and elephants wandering around. (If you want to make the trek all the way from Vic Falls to Harare, you have to switch trains in Bulawayo.)

The Mukuba Express and the Kilimanjaro are the two passenger trains that operate on TAZARA, the bi-national railway that runs 1,860km between Dar es Salaam in Tanzania and New Kapiri-Mposhi in Zambia. Trains depart a couple of times per week, and the journey takes two days and two nights (if you ride straight through). This is a route for the intrepid traveler, not those concerned about luxury or punctuality. The trains have seen better days and are rarely on time, but the scenery and overall experience is spectacular.

This antique tourist train, whose name translates to “red lizard,” makes a daily trip up into the foothills of the Atlas mountains in southern Tunisia, near Tozeur. As it winds its way from Metlaoui to Redeyef it passes through mining country and the Selja Gorges, and makes periodic view stops. The journey takes about an hour each way.

In an earnest attempt to create a tourism product in a country otherwise bereft of attractions, Mauritania created the “Desert Train” to showcase its vast, mysterious interior. Here’s how it works: a two-story passenger rail car hitches a ride on the back of a 2km-long mining train, which plies a 650km route between Zouerate and Nouhadibou. Guests spend one night on and two nights off the train at various excursion spots, including the holy city of Chinguetti, the oasis of Azougui, and the rock monolith of Ben Amira. 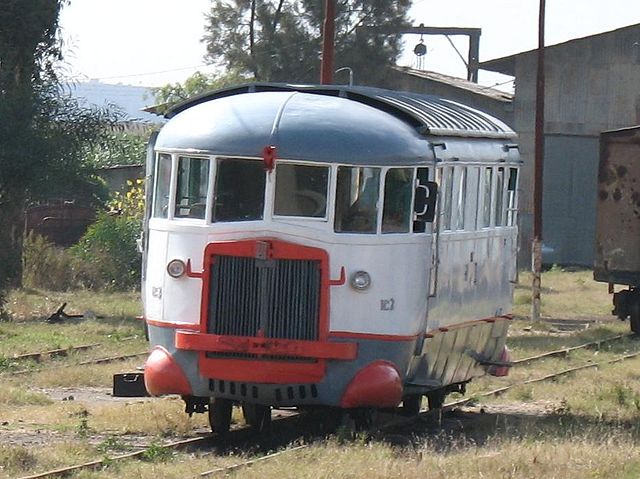 A rail line between Massawa and Bishia was built in the early 20th century by the Italians, but was destroyed by warfare in subsequent decades. It was rebuilt between Massawa and Asmara in the 1990s after Eritrean independence, and 1930’s vintage Fiat “Littorina” railcars now operate on it. The trains are mostly charter services for tourists, but some scheduled passenger services exist in areas where there is demand.

All Aboard! Journey To Magaliesburg On A Vintage Steam Train
How To Get Around Morocco By Train
Luxe On The Rails: Three Days On Rovos, From Durban To Pretoria