Before you dive into the dining, shopping and culture of cosmopolitan Nairobi or laid-back Mombasa, take a minute or two to acquaint yourself with the basic practicalities of how to dress, how to get around, and how to avoid becoming a crime statistic. If you’re planning on spending a significant amount of time in either of Kenya’s two big cities, your trip will go considerably smoother if you know how things work. These travel tips for Nairobi and Mombasa will save you much time and hassle, if you heed them. 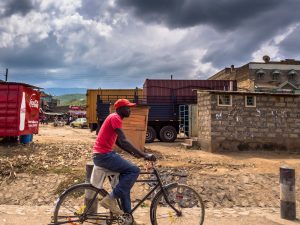 Although an estimated 60 different languages are spoken in Kenya, virtually everyone in the tourist industry in Nairobi and Mombasa speaks English (after all, it was a British colony from 1888 until independence in 1963). Swahili is also an official language, and learning a few words will ingratiate you with the locals.

Cell phone service is universal, but you’ll want to buy a local SIM card so you don’t rack up ridiculous roaming charges.

It’s not advisable to drink tap water in the city (unless your hotel explicitly OKs it), but you can buy bottled water everywhere. (You do know to buy only sealed bottles, right?)

Bargaining with street vendors, safari tours operators and taxi drivers is expected, but it is not customary in restaurants or hotels.

Nairobi, because of its altitude, is cooler than the rest of Kenya, which can be quite hot. Especially in the evening Nairobi can get a bit chilly, so you’ll want to bring a light jacket or sweater. Mombasa, which is right on the Indian Ocean, is distinctly warmer than Nairobi and can be quite humid. 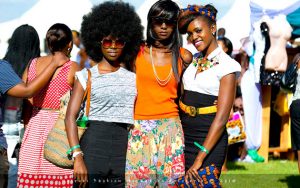 Because Kenya is on the equator, there aren’t big temperature shifts during the course of a year, although there are different rainfall expectations seasonally (the concierge at your hotel can tell you what weather is expected). It’s always a good idea to have one of those disposable plastic rain jackets tucked into a backpack pocket next to your bottle of water.

Nairobi is a business destination. Men on the street wear suits and ties, and women tend more toward dresses than trousers. Even if you’re on vacation, you will feel better wearing middle-of-the-road style, not something that screams “expensive label inside.” There’s no way you’ll pass for a local, but you don’t have to stand out in an Hawaiian shirt, Bermuda shorts and a fanny pack.

Mombasa is more relaxed than the capital, with shirts and slacks as the city norm for male apparel, although many of the men wear South Asian style shalwar kameez (loose-fitting cotton tunic and pants). Visitors, especially female, should dress modestly when venturing into the Old Town and keep their sleeveless shirts and short shorts to wear back at the resort. Muslim women are usually covered head to toe, and some wear face veils in addition to the hair-covering hijab.

Sidewalks and roads in the city aren’t always in the best repair, so sturdy shoes are a good choice (leave the Italian leather brogues and stiletto high heels at home). Flip flops are great for the beach resorts of the east coast, but impractical in the dusty streets of Mombasa or Nairobi. You’ll see few Kenyans wearing hats (other than baseball caps) in the city, but you will feel more comfortable in the bright sunshine with a head covering and sunglasses, another rarity in East Africa. Of course, put sunscreen on all exposed skin before venturing out for city sightseeing as well as for lounging poolside.

Taxis in the big cities are plentiful, but they don’t operate on a metered system. Your hotel can arrange for airport pickup. Once you’ve checked in, the doorman will find one when you need it (they usually have a group of vetted drivers available nearby if not on site). Ask the doorman what the fare should be to your destination within earshot of the driver, then all of you agree on the amount. That information will be a useful bargaining tool if you need to take a different taxi back to your hotel. A useful bonus: a taxi driver will usually wait for you at your destination if you’d like to be sure of a way back. If the wait is less than an hour, there’s usually no charge. Longer than that? Negotiable, but usually less than 300 KES an hour.

If you’re in Nairobi and feeling intrepid, try a tuk-tuk. These small three-wheeled vehicles are similar to the ones in southeast Asia, and are a popular option in Nairobi. They can also save you money, since they are cheaper than taxis. And if you’re feeling REALLY intrepid, why not venture onto public transportation? Matatus are mini-buses that operate on set routes and allow passengers to get on and off wherever they want. Nairobians take them everywhere. However, if you’re claustrophobic or don’t like speed you may want to avoid them, because they are often crowded and drivers don’t necessarily respect speed limits.

Unless you’ve been to Kenya before and are familiar with the roads and know where you’re going, you probably don’t want to rent a car and self-drive. There’s too much risk of driving into a sketchy neighborhood, the roads can be bad, and drivers are more aggressive than what you’re probably used to back home. Not to mention traffic in Nairobi is brutal.

Traveling between Nairobi and Mombasa usually involves a short-hop flight, which takes about an hour can can cost as little as $200. Other options are to go by bus (which can take up to 6 hours), or by train (which can take a day, but can be fun and scenic, if you opt for a first-class seat).

You’ll need Kenyan Shillings (KES) for purchases in both Nairobi and Mombasa. Although businesses catering to tourists (including hotels, resorts, restaurants and the larger souvenir shops) will usually take credit cards, cash is especially useful when bargaining with vendors or paying taxi drivers (don’t expect them to have change).

You can get KES easily with an ATM debit card at any of a wide number of banks. You can also get a cash advance off your credit card. Visa, Mastercard and American Express are widely accepted.

Bear in mind that many excursion companies and hotels will quote you prices in Euros, not dollars or pounds. This is especially true on the coast, where European tourists outnumber British and Americans by a large margin.

The rules for avoiding petty theft are the same in Kenya as they are anywhere else you might go in the third world. Be aware of your surroundings and don’t flaunt money or pricey possessions. During the day the touristed areas of Nairobi and Mombasa are OK to walk around in, but avoid them at night, unless you’re an Army Ranger. (Street crime in Nairobi is the stuff of legend.) Don’t walk on deserted beaches at any time. 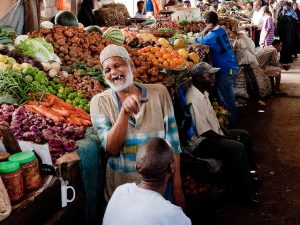 It’s best to use an ATM at a bank during business hours when there are plenty of people around. Never whip out a wad of cash to pay a bill. Keep close watch on your credit cards (they should be swiped in your presence rather than taken out of sight).

Stash your essentials (passport, extra credit cards) in a zippered inside pocket or under your clothing. Even better, leave your passport in the hotel safe and carry only a copy with you. Take just “walk around money” and maybe one credit card in a more easily accessible pocket or handbag.

Things to leave at home? Anything ostentatious or expensive. Organized bands of thieves have been known to prey on rich tourists, so resist showing off your wealth. Leave the Louis Vuitton handbags, diamond earrings and fancy watches at home. Many a tourist has reported gold necklaces ripped right off their necks on the street, and many a man’s wallet has been lifted from his back pocket (especially in crowded areas). Don’t make it easy for thieves.

Always take a taxi when you’re going out at night. If you’re out to dinner at a restaurant, ask the maitre d’ to call you a cab when you’re done. There’s a reason that hotel bars are popular: a drink before heading upstairs is a much safer bet than wandering around the city after dark trying to find a nightclub for a night cap.

What If Something Goes Awry?

If, God forbid, you are approached by robbers or carjackers, stay calm and give them what they want. No need to be a vigilante.

If you are detained by Kenyan police or immigration officials for any reason, you should request to speak to someone from the Consular Section of your country’s embassy in Nairobi.

Of course there is occasional civil unrest and terrorism in Kenya, and it’s true that people have been killed in attacks in both Nairobi and Mombasa in recent years. Still, such incidents are rare. If you sense trouble is brewing, move away from it.

The U.S. State Department advises Americans traveling to Kenya to enroll in the Smart Traveler Program, which sets them up automatically to receive security information and makes it easier for the U.S. Embassy to contact them in case of emergency.