One of the best parts of traveling is discovering the local food. Whether it’s the fast-food joints with funny names, the roadside food stalls with hot-off-the-grill snacks, or the over-processed snack foods you can’t find anywhere else, the voyage of gastronomic discovery can lead you to some interesting places. In South Africa, the vibrant cuisine reflects the country’s blend of Dutch, Cape Malay, African and Indian heritages. Here are a few unique foods of South Africa, and where to find them.

Hollow out a loaf of bread and pile it high with a mountain of lamb curry, and you have the deliciousness known as bunnychow. How it got its name is a bit of a mystery, but the dish originated with Durban’s large Indian community, who enjoy it as a snack or fast-food dish. Fillings are not limited to curry either: the many “bunny” purveyors around the country often get creative with the contents. Bunny chow is served in newspaper and eaten with your hands, and can be ordered in quarter, half, and full loaf sizes. It’s most common around Durban, but can be found in most corners in South Africa.

If you like beef jerky, you’ll love biltong. It’s dried, cured meat that’s usually sold in long, thick strips or stokkies (sticks) and flavored with various spices. It can be made from beef, fish, chicken, or game animals like springbok and ostrich. Biltong is considered classically South African because it sustained the original Dutch settlers who came to southern Africa in the 17th century as they made the long migration inland in search of land. 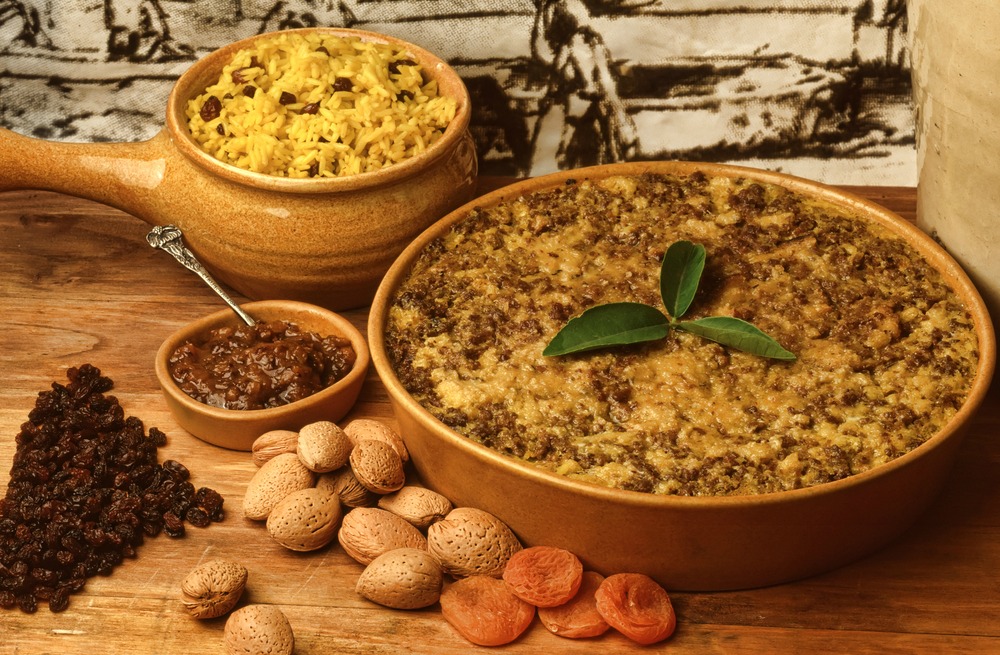 Bobotie (boo-BOO-tee) is kind of like shepherd’s-pie-meets-moussaka, with curried mince meat, onions and an egg-custard topping. It’s baked like a casserole and served with bay leaves and chutney. This dish originates with the Cape Malay people, who are of mixed Indian-Indonesian heritage. A classic comfort food along the lines of meat loaf or mac and cheese, bobotie was unfashionable for a long time, but now is basically considered the national dish of South Africa. 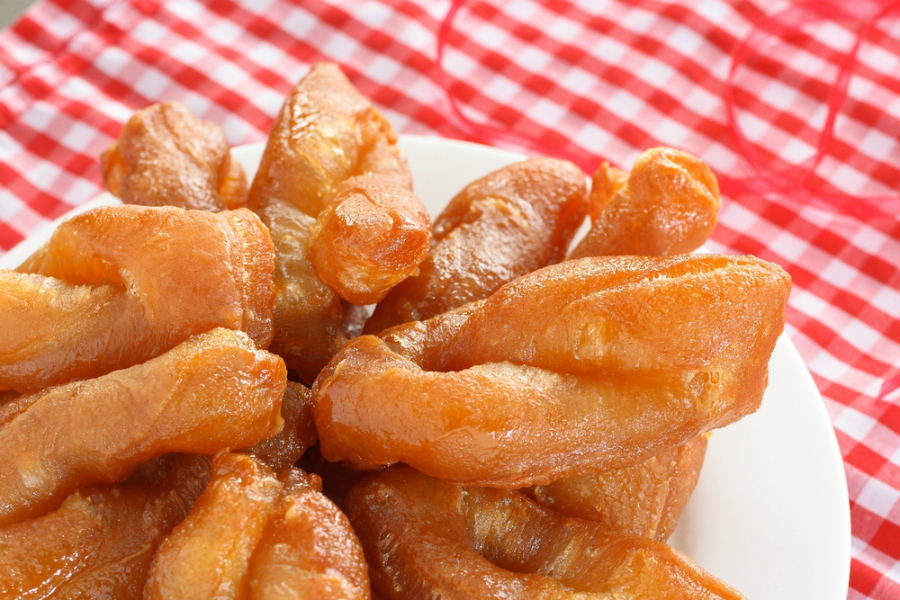 Koeksisters (COOK-sisters) are a sweet doughnut-like treat. They’re made of braided (or twisted) pastry dough which is deep-fried in oil, then dipped in a sugary syrup and served cold. They are so sinfully rich that you’ll want to run to the gym after eating one. The Cape Malay and Afrikaner versions differ slightly in shape, and in how the dough is flavored and coated. Koeksisters were traditionally sold at church fundraisers and as a snack food at flea markets, but are now widely available in pastry shops and other venues. 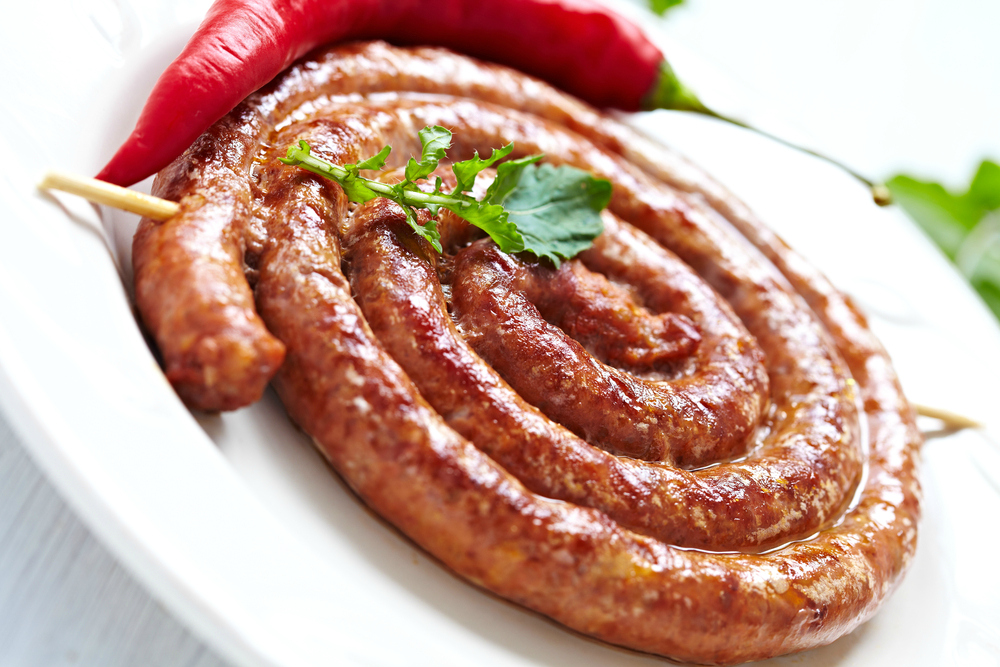 Though it may look like a curled-up dead snake, boerewors (BOOR-eh-vors) is actually a tasty sausage made from ground beef or pork mixed with South African spices. It originated on rural South African farms, hence the name (boerewors literally means “farmer sausage”). Typically formed into a big spiral, “boeries” are great food for a braai (barbecue). 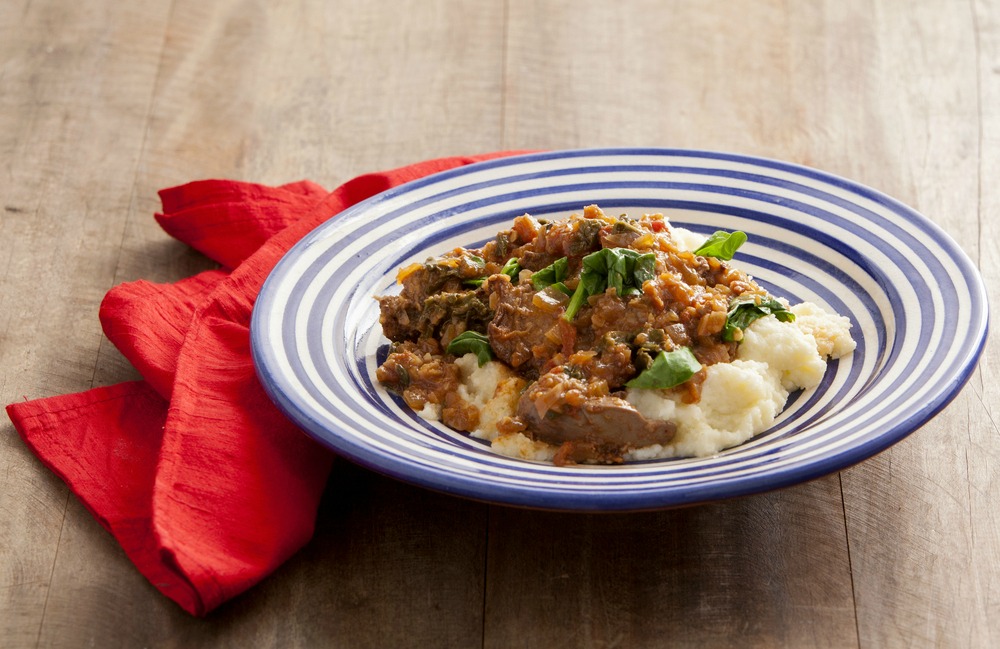 This super-spicy spicy vegetable relish originated in the townships of South Africa and has been a staple for generations. Made of tomatoes, onions, peppers and beans, it’s usually served over pap (maize meal), with slices of bread, or as a condiment for grilled meat.

Another awesome dessert, melktert literally means “milk tart.” It’s similar to a British custard tart, but lighter and fluffier, with a higher ratio of milk in the velvety filling. The tart, once baked, is lightly sprinkled with cinnamon. Melkterts date back to the arrival of the Dutch in the 17th century, and the recipe hasn’t changed much since then. They are a great accompaniment to afternoon tea.

This fermented beer-like drink is made from corn (maize) meal, sorghum, yeast, and water. But don’t expect it to resemble Heineken or Guinness: the alcohol content is low, the consistency is thick, and the color is sort of beige/tan. Umqombothi originated in the Xhosa community and is made using traditional methods in a large cast-iron pot (a gogogo), though a commercially-produced variety is available in stores under the brand name iJuba. It’s mainly served in shebeens, the gritty semi-legal bars commonly found in townships and tribal areas. 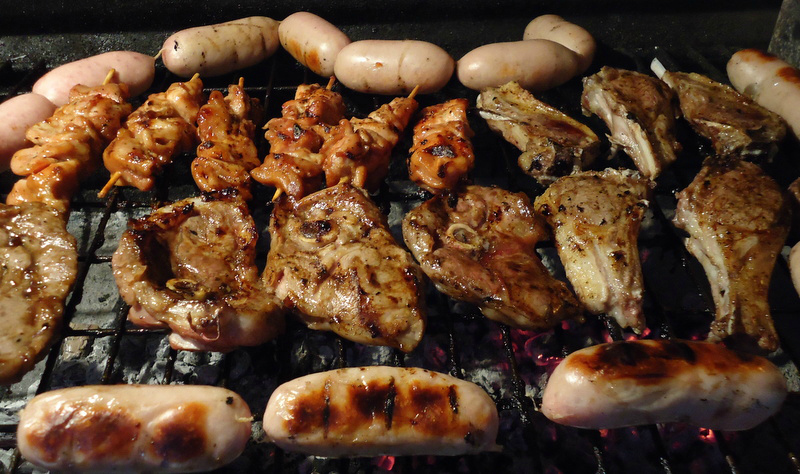 While it’s technically not a food, this is a good word to know if you’re headed to South Africa for the first time. It means “barbecue,” and can be used as a verb or a noun. So if you buy a piece of steak in the supermarket and the clerk asks if you want them to braai it for you, that means they will cook it up for you on the grill outside. Or if you get invited to a braai on a Sunday afternoon, be sure to bring some boerewors.