No there won’t be any talk of Ricky Ricardo banging on his drum shouting, “babalu!” before doing the conga. Living deep in the forests of Western and Central Africa, bongos are lesser known gigantic antelopes that are often overshadowed by other giants, the kudu and giant elands. It’s easy to recognize these animals for their unique markings and graceful horns that quizzically spirals upwards. Before seeing them in the wild, you’ll want to arm yourself with some knowledge about these majestic giants. Here are six cool things you didn’t know about bongos. 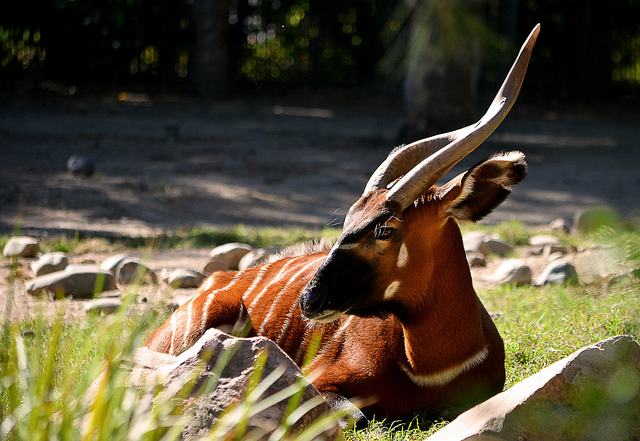 Despite what you think, their horns aren’t their weapons

You’ll find bongos having horns of various shapes and sizes (and even directions). A quick look at these horns and you’ll think that they surely use them to their defense when threatened. Nope. They just use their horns for clearing out a dense forest. Bongos are actually easily scared and timid, despite their size. When threatened or facing danger, their reaction is always to flee to get themselves out of harm’s way. In other words, when it comes to fight or flight, the bongo will choose the latter. Bongos are one of the few antelopes where both sexes don horns. 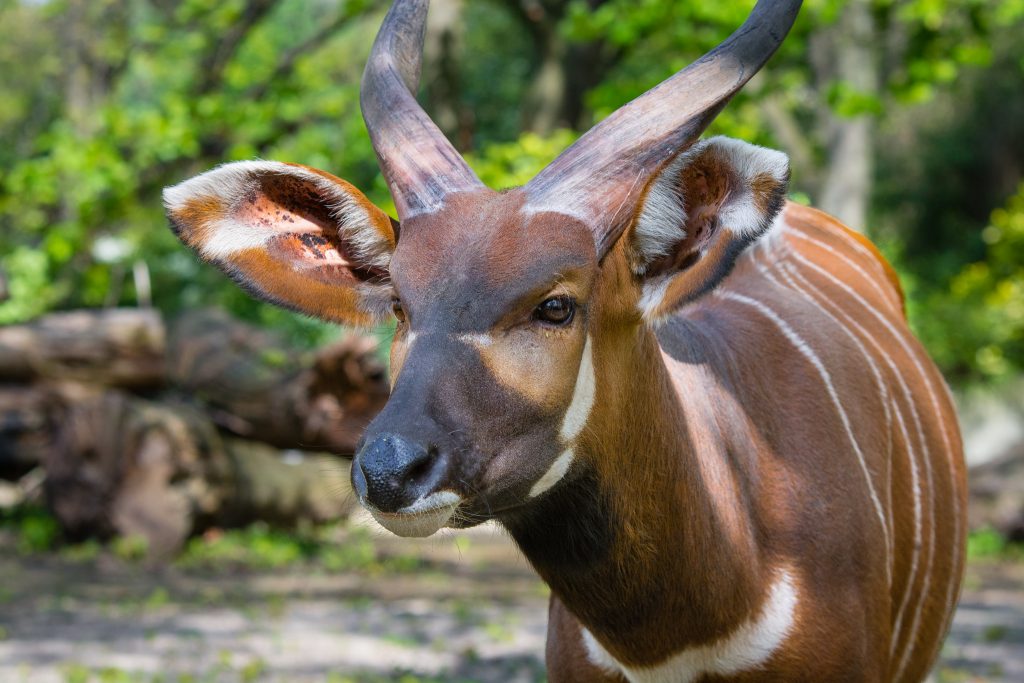 They’ll do anything for salt

You’ll have a better chance of spotting a bongo in the salt pans than in a dense forest where they’ll camouflage and fade into the scenery. The bongo needs salt as part of its diet (we guess it brings out the flavors of the leaves) and will regularly leave the safety of the forest to the salt pans and consume the minerals. Whenever there’s a forest fire or trees burnt by lightning strike, that’s good news for the bongo, because he’ll consume the charred bark off the trees to ingest the salt off of it. So next time someone insults your cooking by reaching for the salt shaker, just say, “what are you? some kind of a bongo?” 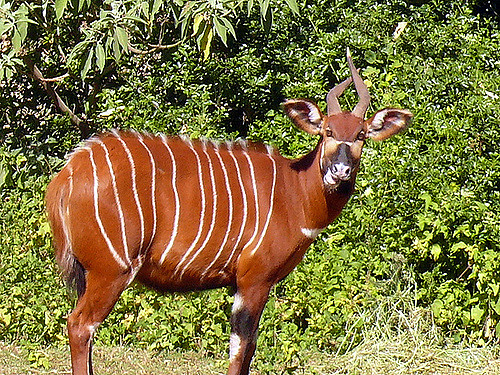 Photos don’t do justice to show the enormity of these animals. They’re quite big and can weigh up to 900 pounds with a gut that looks like your overfed dachshund (perhaps it’s all the water weight from over-salting). They’re considered one of the largest antelopes in all of Africa and their horns add some height to make them appear even more intimidating. 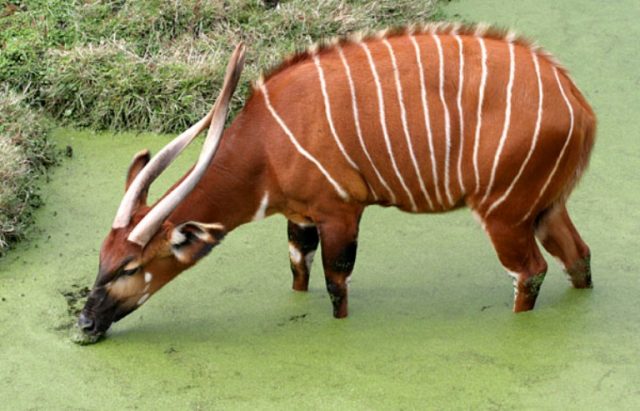 They are active in the night time so your chances of seeing them are greater at dusk and dawn, and not midday. The nocturnal bongo will spend its day foraging in the dark forest, feasting on leaves and plants. If you’re looking for a bongo on a safari trip, listen for an occasional bleating and snorting. They make the most noise during dusk and dawn, making it easier for you to spot them. 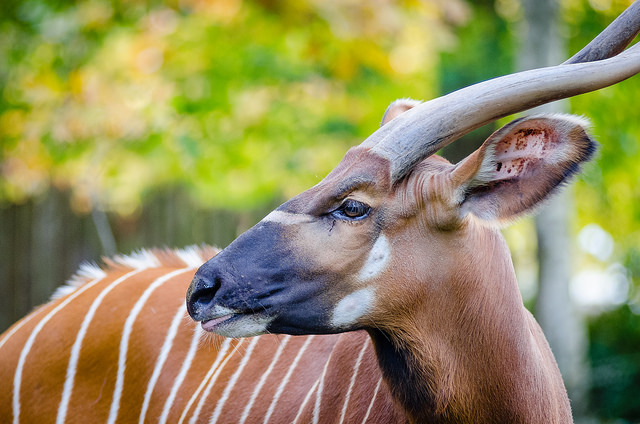 Sadly, due to their gorgeous stripes, chestnut brown and reddish coloring, charming horns and meat, they’re over hunted by poachers (and killed by other predators like lions and leopards). There’s more bongos in zoos across the globe than there are in the wild. It’s believed there’s only around 150 bongos left roaming freely on the continent. Deforestation is also a huge contribution factor to their declining population. There has been conservation efforts to protect the antelopes by the Bongo Surveillance Project in Kenya. You can learn more about their works to conserve the animals and make a donation on their site. 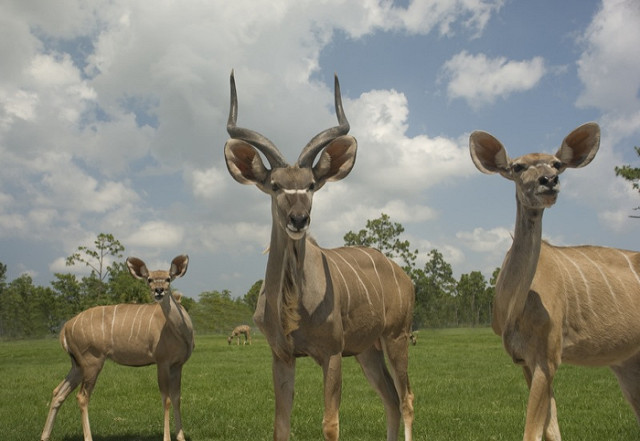 Despite having only an estimated 150 bongos left in the wild, they like to remain a tight-knit group where it’s possible to see them running up to 20 members in their herds. On rare occasions, tourists have reported seeing the number of bongos in a herd fluctuate to 50 strong (which is amazing considering their endangerment). Females tend to stay together while males are more solitary, occasionally wandering off and venturing back into the herd. When the female bongo gives birth, she’s only capable of producing one young each pregnancy (another contributing factor of their decline). The calf will stay with the mother and is weaned after six months. The female stays pregnant for about nine months (just like humans!) before giving birth to her young.

Wildlife Sanctuaries You Must Visit In Botswana

The Thriving Wildlife Of The Makgadikgadi Pan