These animals with a funny-sounding names are as small as your average household cat and have adorable faces that can melt your heart. The dik dik is rapidly rising in popularity throughout social media, thanks to their extremely small stature and bunny-like eyes to make everyone feel warm and fuzzy inside. However, there’s way more to them than their sweet looks. Here are some cool things you didn’t know about the dik dik, Africa’s most adorable antelope.

Just by looking at their precious faces, you’d think they’d make the sweetest sound like a purring kitten or a soft hum, but no. The dik dik makes a surprisingly shrill sound. Due to their incredibly small size, the tiny animals use their unique noise-making-talent to warn their clan of upcoming predators and danger. Their shrill sound comes from their long snouts that produces the whistling sound. And you thought Lenny, your neighbor’s watch dog was good at his job?

Your toy poodle could enter the ring with the dik dik and it’d be considered a fair fight. They’re so small and lightweight (weighing up to 7 to 15 pounds) that it makes them susceptible to a lot of predators. However, despite this, they’re still not the tiniest antelope on the continent. The shockingly tiny royal antelope makes the dik dik look like giraffes.

You can see dik diks in several zoos around the world or you can see them right in their natural habitat when you go on a safari trip in Kenya, Namibia, Tanzania and South Africa. Dik Diks like low-lying grasslands where they can see across the land. However, they can turn nomadic if the grass grows too tall and blocks their view of any imposing threat and danger that may be lurking nearby. 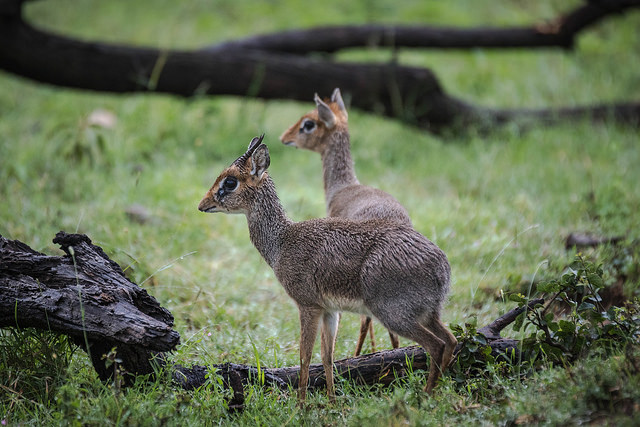 Courtesy of Make It Kenya/Flickr.com

Surely the dik dik has been overshadowed by the March of the Penguins when it comes to animals that are loyal to one spouse. Dik diks will choose one mate for life and will go even as far as to abandon their offspring when they reach a certain age to remain solely as a couple. It’s appalling that dik diks never had their own love story written into a movie. They would’ve put Romeo and Juliet (and those penguins) to shame. 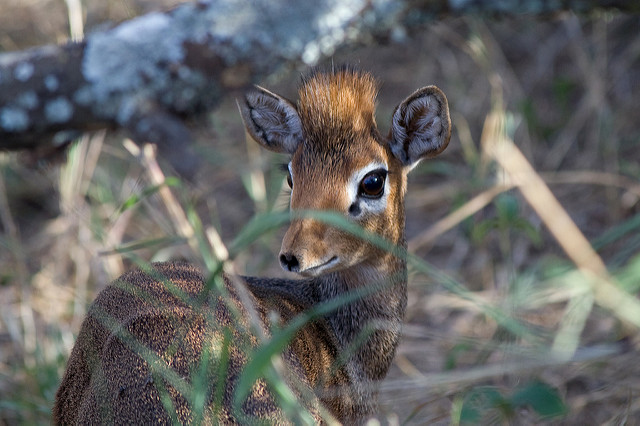 Their tears have territorial scents

Most animals would mark their territory by urinating on trees or shrubs but the dik diks? They use their biggest territorial weapon — their tears. They have a unique ability to produce tears that leave an overpowering scent that wards off unwanted animals. During your safari, if you spot a dik dik burying his head into the grass like an ostrich, that’s just him doing his duty of marking his territory. 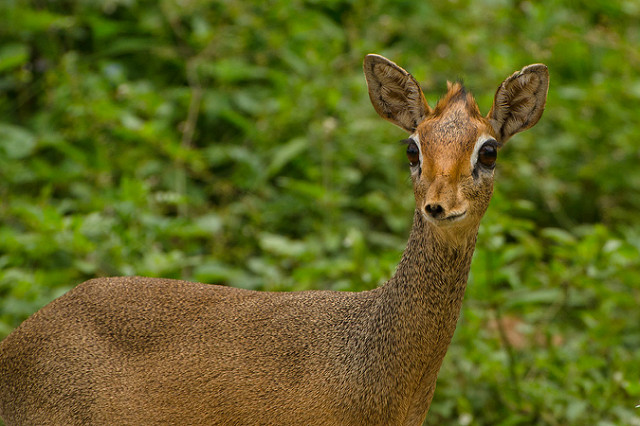 They see better than us

Their hindsight makes the human race look like Mr. Magoo. It’s reported that a dik dik’s vision is so well defined that they can see up to 42 km away without any struggle, giving them an advantage to spot unwelcomed predators and making their dash to safety before they see them. If it were not for their heightened visions, the dik dik might be on the endangered species list or already extinct.

They’re the camels of the savanna

No they don’t have humps, but dik diks rarely drink water and have the incredible ability to adapt for a long period of time without drinking water. It turns out that dik dik get enough nutrition and hydration from their herbivore diet of fruit, berries and plants. A useful ability if one should get stranded in a desert. 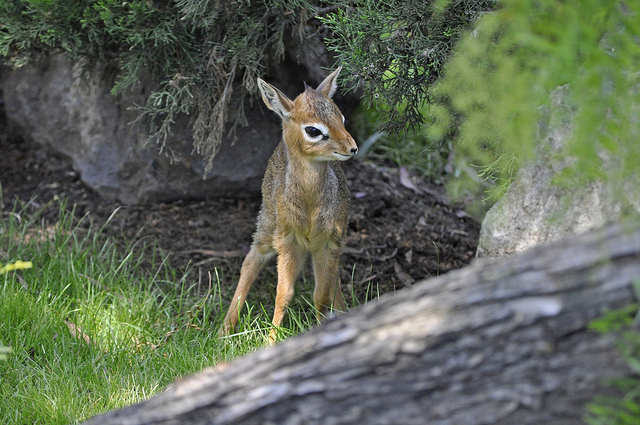 They cannot have a litter

We like to imagine mother and father dik diks walking in the grassland with a trail of their babies following them closely by. It would be a cute sight to see, right? Actually, there might be only one baby for a short time. A female dik dik is only able to produce one offspring each pregnancy and eventually runs off the offspring once the young is old enough. Even then, they only have 50% chance of making it into adulthood.

14 African Animals That Can Outrun You