If you think they look like a crossbreed of a cheetah, hyena and a raccoon rolled in one, you’re not alone. These odd looking animals can be found throughout central Africa and their features are undeniably identified by the unique patterns of spots and stripes (with a mohawk to boot). Now before you make your trip to Chad or Niger to see one in person, you need to arm yourself with knowledge of what these furry creatures are all about. Here are some cool things and fun facts you didn’t know about the African civet.

Don’t be disappointed if you can’t find them in the daytime, these nocturnal animals are more likely to be seen scuttling about in the dark. A night time safari trip in the mountains and the swamps will give you a better chance to spot these animals lurking around. 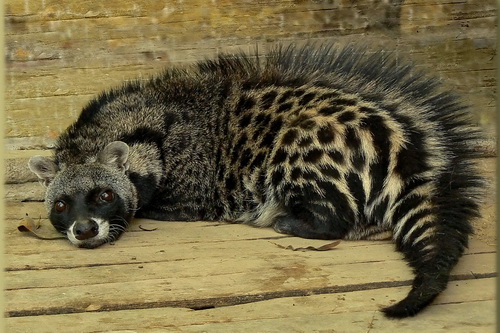 They have unique scent glands

Unfortunately, African civets are hunted by poachers who like to keep them as pets for their unusual musk smell that comes from their glands. Their scent is used to make perfumes and can be sold for as high as $500.00 per kilogram. After the musk is diluted, most people find their scent to be pleasant and sweet. Some reports have shown that you can find traces of civet’s musk in Chanel no. 5 perfumes.

While the rest of the animal kingdom live in fear of venomous snakes, civets have an advantage over them. They have incredible tolerance to the toxins that are found in the venom and can shake it off with no problem like a random cold. In a battle between a poisonous snake and a civet, always place your money on the latter.

Put anything in front of the civet and chances are, they are going to eat it like they are sitting down for a buffet dinner. From frogs to eggs and all kinds of other small creatures, it’s all on the menu for a civet. Civets will also snack on birds and smaller mammals, making it easy for them to survive in most of sub-Saharan Africa since their diets are so flexible.

They can live up to 20 years

Civets have naturally long lives in the wild, living up to 15 years, about the lifespan of most dogs or cats. But those that are in captivity (kept in cages for their musks for perfume) can live as long as 20 years. That’s 126 years old in cat years! 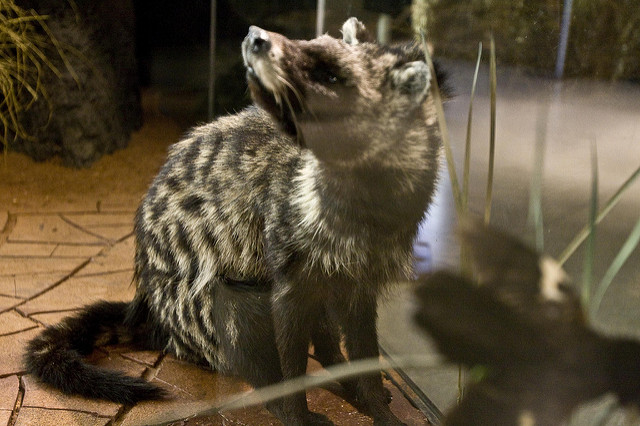 Polyestrous is when an animal is capable of going in heat several times in a year, making females much more fertile than other mammals. This allows them to get pregnant each year where they can produce a liter of up to four young civets. If they didn’t repopulate so often, they would likely be on the endangered species list due to poaching.

The Best Places To See Cheetahs In Africa

On Safari In Zakouma: Chad’s Tourism And Conservation Success Story