The vast country of Tanzania has 7 UNESCO World Heritage sites, tying it with countries like Egypt in historical, cultural and natural importance. The sites can be found in several different areas of the country and include the highest peak in Africa and some of the oldest ruins on the continent. While some of the sites like the Serengeti are household names, there are a few that you’ve probably never heard of. From ancient towns to gigantic wildlife parks, here are Tanzania’s 7 incredible UNESCO World Heritage sites, and why you should visit them.

This massive crater is the largest unfilled and inactive caldera in the world and covers around 100 square miles in size. Outside of being an impressive geological wonder, it’s also home to 25,000 animals, including a large flock of seasonal flamingos that help to liven it up.

Ngorongoro makes an incredible safari destination where you can either drive through or observe from a look out point to see the animals. You can also stay right in the middle of the crater for a few days to fully take it in. 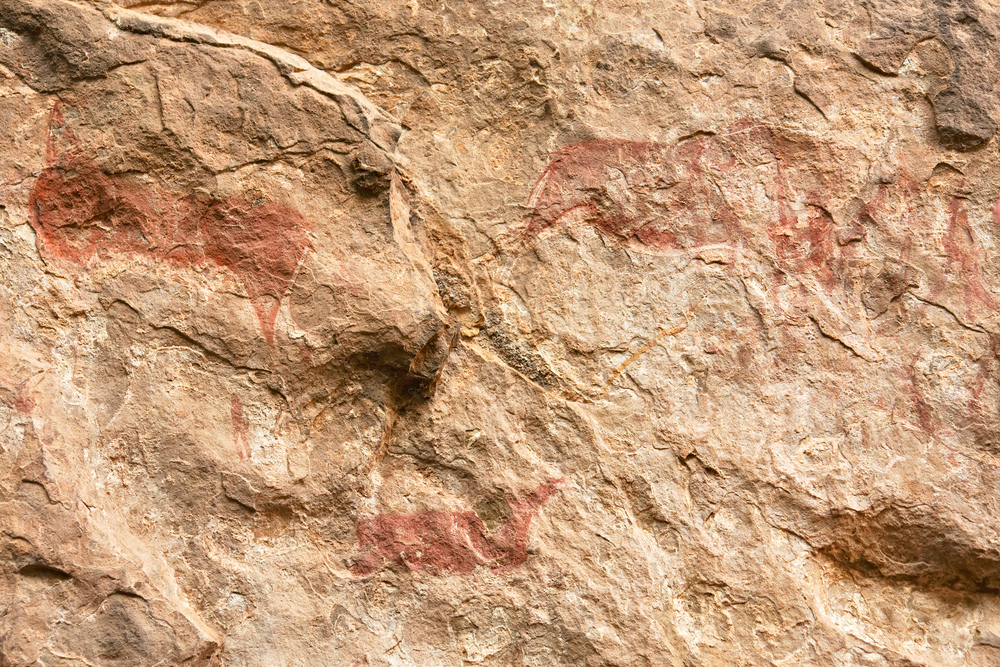 Located south of Arusha, these series of caves contain ancient paintings that date back over 1,500 years. The number of caves in the area is unknown, but it’s estimated there are up to 450 caves that are covered in artwork.

You should visit to learn about the ancient culture that lived in the area. Through admiring the paintings, you can see how people adapted from hunter gatherers to farmers, along with learning about their old belief systems.

While its not quite as famous as the Serengeti, the Selous Game Reserve is undoubtedly one of the best places to see wildlife in Africa. The park was first made a protected area all the way back in 1896. Selous covers over 21,000 square miles and is home to tens of thousands of animals, particularly large elephant and hippo populations.

Want to go where no humans live? This is your place. There are no permanent human structures in the park whatsoever, meaning this is truly where the animals roam. To get up close with the animals, try a walking safari or a boat trip down the Rufiji. 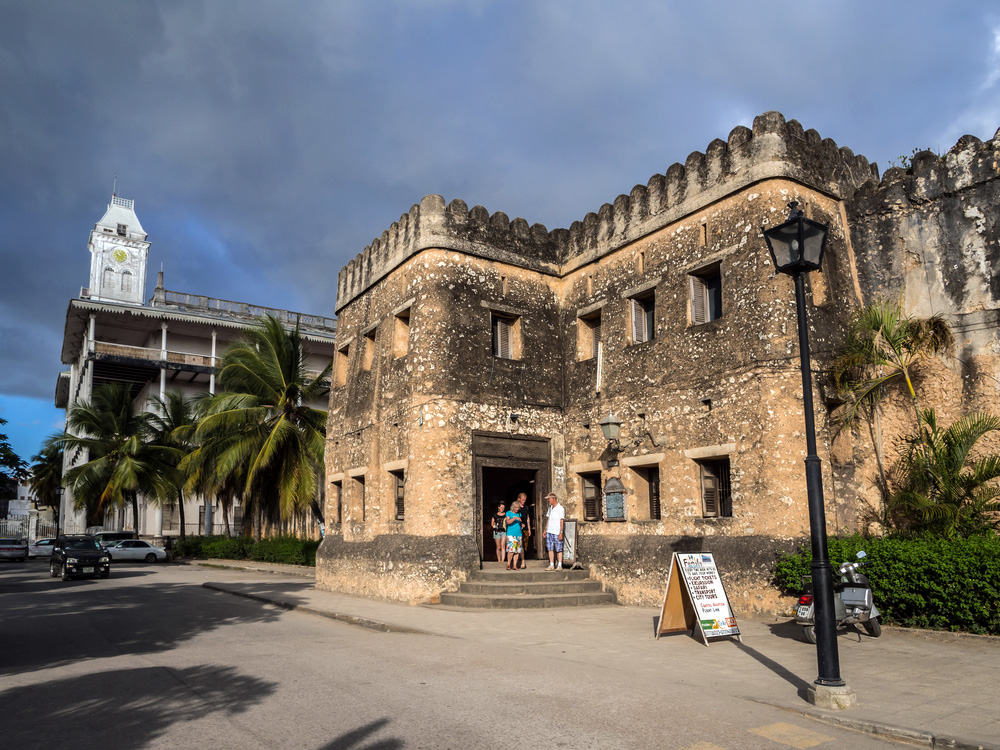 Located on an island off the coast, Stone Town is the former capital of the Zanzibar sultanate and is one of the most important historical places in east Africa. The city is also home to newer important sites such as the slavery memorial, which is dedicated to the slaves that had to pass through the area during its dark days.

If you like architecture and history, there might not be a better place to explore in the country than Stone Town. The street food in the city is also fantastic and worthy of a trip by itself. 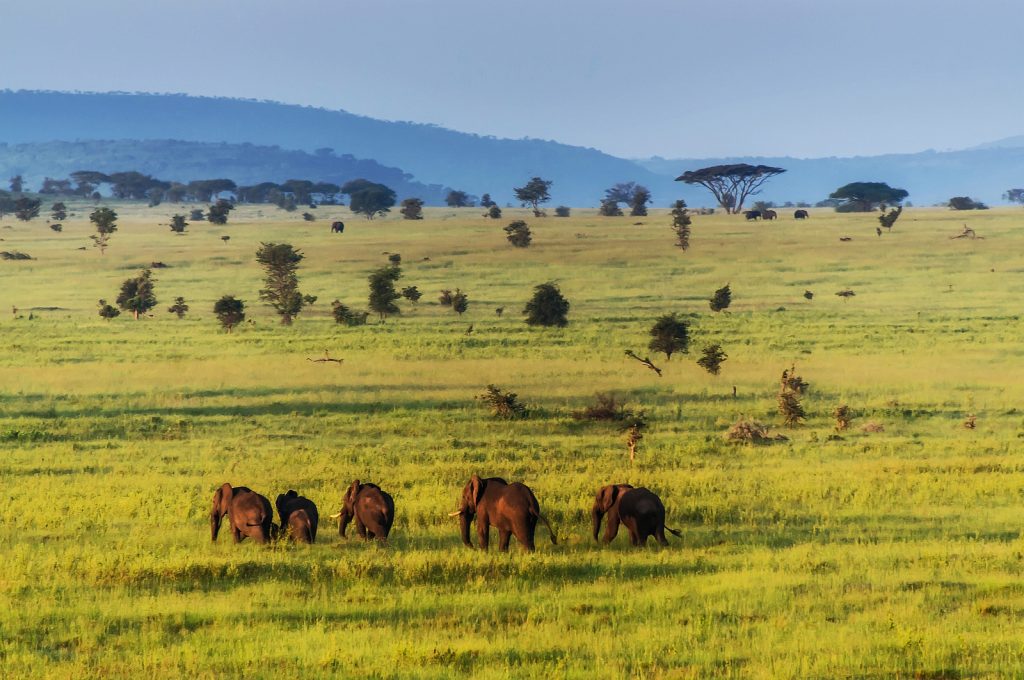 Home to the largest terrestrial mammal migration on the planet, the impressive Serengeti is like no place on earth. Over 1.5 million animals pass through the 5,700 square mile area every year and put on one of the greatest shows on earth. The Maasai people have also lived off the resources in the area long before Western tourists started coming.

Serengeti National Park is a famous safari destination for a reason. It’s one of the best spots in Africa to see all the big five in one place, and you will likely see plenty of everything. If you want the best vantage point, try touring the area in a hot air balloon. 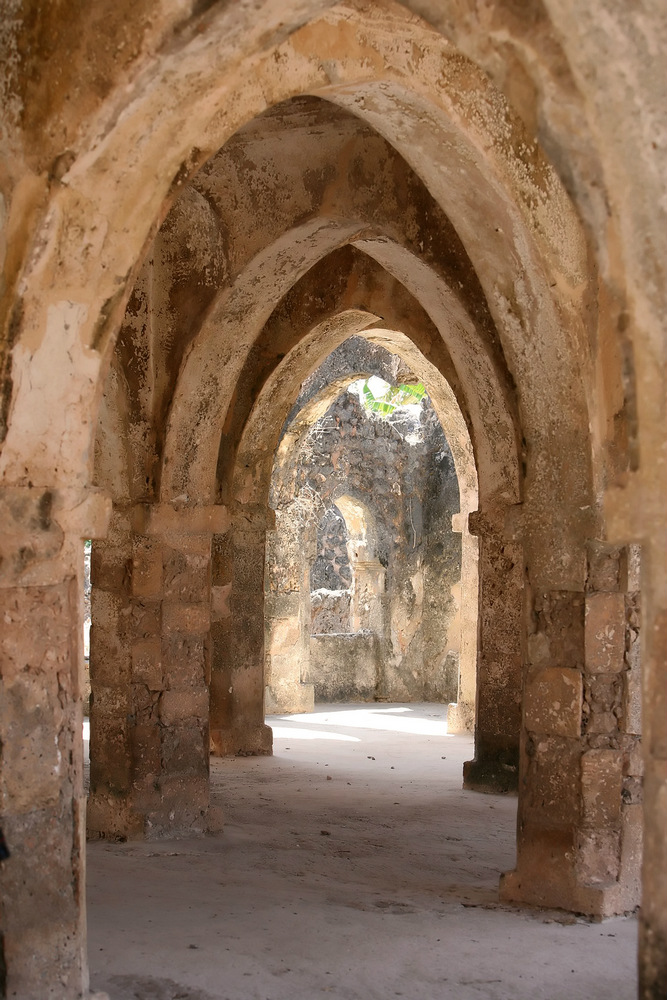 Ruins of Kilwa Kisiwani and Ruins of Songo Mnara

Once bustling island ports, Kilwa Kisiwani and Songo Mnara are now deserted, but most of what remains is completely intact. The cities were populated as early as the 9th century and traded with India and China for hundreds of years. Although much of the ruins are exposed, there are many parts that remain to be excavated.

You should go to see the remains of a great civilization that not many people are aware of. The extraordinary architecture and forest overgrowth also make for fantastic photo opportunities. 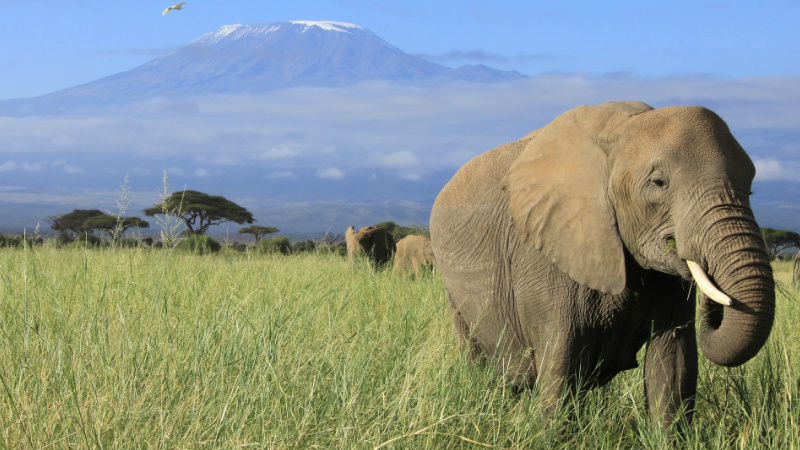 We saved the largest for last, literally. Kilimanjaro National Park is one of the key attractions in Tanzania and is of course home to Mount Kilimanjaro, which towers 19,341 feet into the sky. The base of the mountain is a whopping 15 square miles wide, so it’s often hard for pictures to do it justice.

Hiking to the top of Mount Kilimanjaro is on the bucket list of almost every serious hiker in the world. Even if you don’t hike to the top of the mountain, it’s worth going to the area to take in the majestic scenery you’ll find.