Tanzania’s Ngorongoro Crater is an ecological island whose wildlife populations differ from those that surround it, in subtle but significant ways. Surrounded by Maasai settlements and bomas all across the crater highlands and with steep walls that rise nearly half a kilometre from crater floor to rim, Ngorongoro is like a modern-day Noah’s Ark, cut off from the rest of Africa and preserving populations with characters all their own.

Although Ngorongoro’s walls are by no means impenetrable, some creatures have rarely been seen, and some have never been recorded at all in Ngorongoro – the giraffe has never moved down into the Crater, while African wild dog, leopard and cheetah, too, are strangely absent. 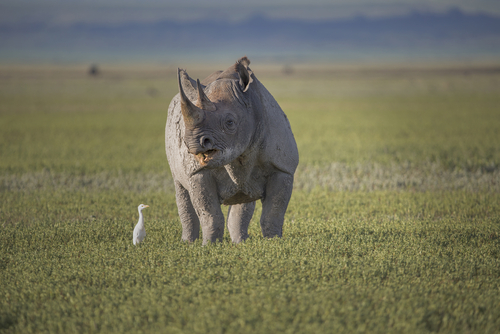 Tanzania may be one of the world’s premier wildlife-watching destinations but rhinos are not commonly seen. Indeed, on northern Tanzania’s famed safari circuit, rhinos are present only in very small numbers in the Serengeti and here in Ngorongoro, where around 30 live. Your best chance of seeing them is around the fringes of the Lereal Forest, and between the forest and the Lemala ascent road that runs up to the Ngorongoro Sopa Lodge. Black rhinos are notoriously shy and those of Ngorongoro are no exception – sightings from a distance are common, getting up close is rare enough to feel like you’ve hit the jackpot.

The lions of Ngorongoro may have a troubled history – inbreeding is a problem, and there is little genetic interchange between Ngorongoro lions and those of the neighbouring Serengeti – but these lions live at a higher density than almost any others on the planet. And such are their overlapping territories that the rules of lion living frequently don’t apply down here. In the Serengeti, for example, male lions preside exclusively over a pride of females but down here they are known to move between prides when and if the mood takes them. Were a male lion to wander down here and attempt a takeover, the prize would be one of the greatest harems in the lion world.

Spotted hyenas outnumber lions down on the Crater floor by six to one and these are the most commonly sighted predators, sometimes alone, just as often in clans ready to go to war. Curiously, however, a number of studies have found that the relationship between hyenas and lions has been, to some degree reversed in Ngorongoro where lions are far more likely to scavenge meals from hyenas than the other way around; as much as 20% of lion meals down here were actually caught by hyenas. 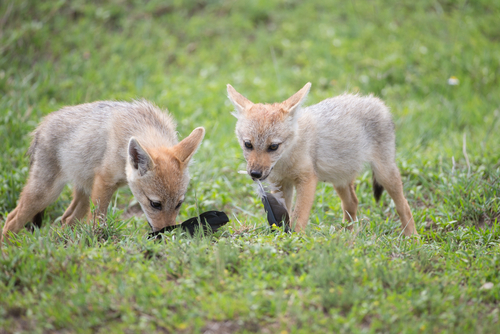 The black-backed or silver-backed jackal is often seen on the East African safari, shadowing larger predators, watchful and lean, and it is commonly sighted in Ngorongoro. But it’s wolf-like counterpart, the golden jackal, is far more elusive and a much-greater Ngorongoro prize. Although common across Africa’s northern half, the golden jackal is, in Ngorongoro, at the very southernmost limit of its range.

The first elephant to look down over the Crater rim and decide to descend was one brave pachyderm. Whenever it happened, elephants are now very much a part of the landscape, most often restricting their movements to the Crater floor’s south side, especially around the Lereal Forest. There are between 200 and 300 down in the Crater, although why they were able to make the journey down and not giraffes remains a mystery. 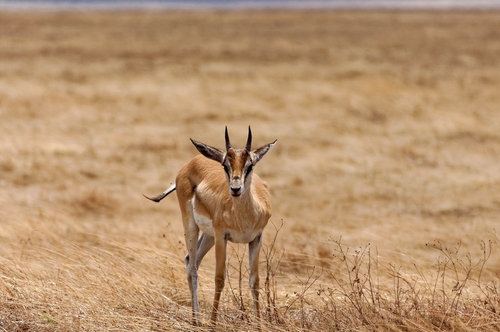 No one quite seems to know why it is the Grant’s gazelle, rather than the more commonly seen Thomson’s gazelle that has made Ngorongoro its own. Perhaps it is a question of survival – were it not for the Serengeti National Park and Ngorongoro Conservation Area, Grant’s gazelle may be facing a worrying downward spiral. The Grant’s is distinguishable from the ‘Tommie’ by the white colouration that extends beyond the rump and up onto its back. 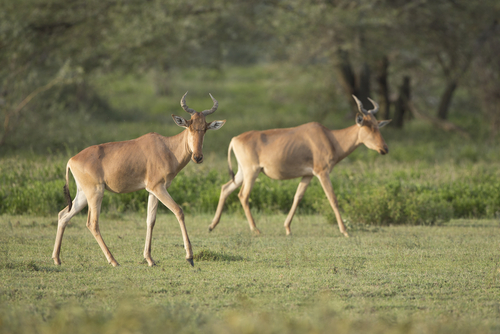 The Coke’s Hartebeest, also known as the kongoni, is the resident hartebeest from the Masai Mara to Tarangire and these long-headed creatures look like they were put together from the leftovers of other antelope species. Where cheetahs climb to the summit of termite mounds to watch for enemies and prey, the male hartebeest is somewhat less clever, climbing any elevation he can to announce his territorial dominance in a show that predators no doubt gratefully enjoy. 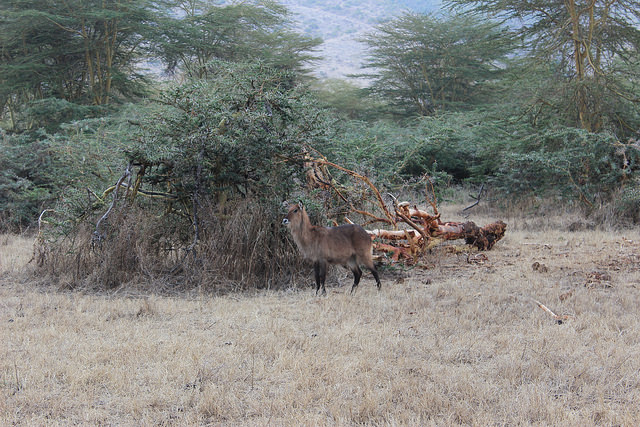 Of all the antelope species, it is the Bohor reedbuck that most pleases many safari goers. Although common at various points throughout Africa, this elegant, medium-sized antelope conceals itself in tall grass whenever it feels threatened and the only sign of its presence may be the ears or short horns (males only) flicking at flies right by the roadside. 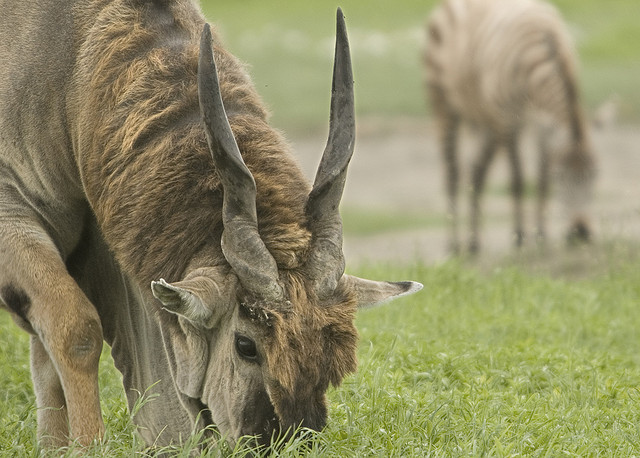 The second-largest of Africa’s antelope species, the common eland has spiral horns and an ungainly gait; it looks like the cross between a large deer and an ox. It may be the slowest of all antelope species, but elands can keep up a brisk trot over long distances, enabling them to outrun lions and even the notorious staying power of hyenas.

If you’ve come from the Serengeti, you’re unlikely to get excited about the presence of wildebeest and zebra down in the Ngorongoro Crater. But their presence here raises an interesting question: if around twenty per cent of Ngorongoro’s wildebeest and zebra herds can and do migrate with the seasons between here and the Serengeti, why have the Crater’s walls proven such a challenge to many other species, among them lions, cheetahs and giraffes?

The lumbering herds of buffalo are Ngorongoro’s most brooding presence – their numbers, coupled with the high density of hungry lions that need to be fed, make them the preferred prey species for the lions of Ngorongoro. As a consequence, this is one of the best places in Africa to see that epic encounter between lion and buffalo. And if you happen to have spotted one of the elusive leopards known to inhabit the forests atop the Crater rim, the presence of buffalo ensures that it is possible to see every member of the famed ‘Big Five’ in a single day.