West Africa’s Ebola outbreak didn’t just steal lives; it also decimated economies and forced tourism to a halt. But now, as the region celebrates an end to active transmission of Ebola, visitors are coming back. Curfews have been lifted, sports events are scheduled and beaches await. From beautiful white sands to music and mountains, here are ten reasons to visit Liberia and Sierra Leone.

Freetown, Sierra Leone’s hilly, seaside capital, is a lively place to hang out. Drive out to the peninsula, though, just a few miles outside town, and the landscape is quite different: warm turquoise waves, the curve of distant mountains, and beaches buttered with soft, white sand. You’ll be spoilt for choice: Aberdeen, Lumley, Tombo, Bureh, Kent and Tokey beaches are easily reachable without a 4×4, while the road to Lakka, Hamilton, Goderich and Beach Number Two (famous for the “Taste of Paradise” Bounty bar ad in the ‘80s) is a little more rugged.

A gentle warning: Take local advice before plunging into the waves anywhere in Sierra Leone and Liberia and learn how to negotiate rip currents first. This part of the Atlantic can be powerful, and even the most experienced swimmers can get into trouble. 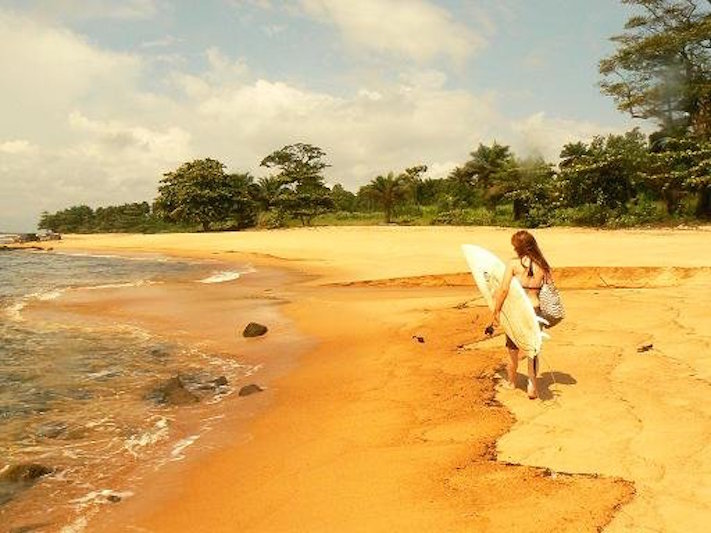 Sierra Leone’s beaches might win the beauty contest, but Liberia wins hands-down when it comes to surfing. Robertsport, three hours west of Monrovia, is the best spot to hone your hang ten, with a beautiful exposed reef break. Pitch a tent beneath the ancient cotton tree, bag one of the wooden huts at Nana’s Lodge, or lay your head at Kwepunha surf lodge on Fisherman’s beach. Robertsport also has some fine examples of early 1900s Liberian architecture. 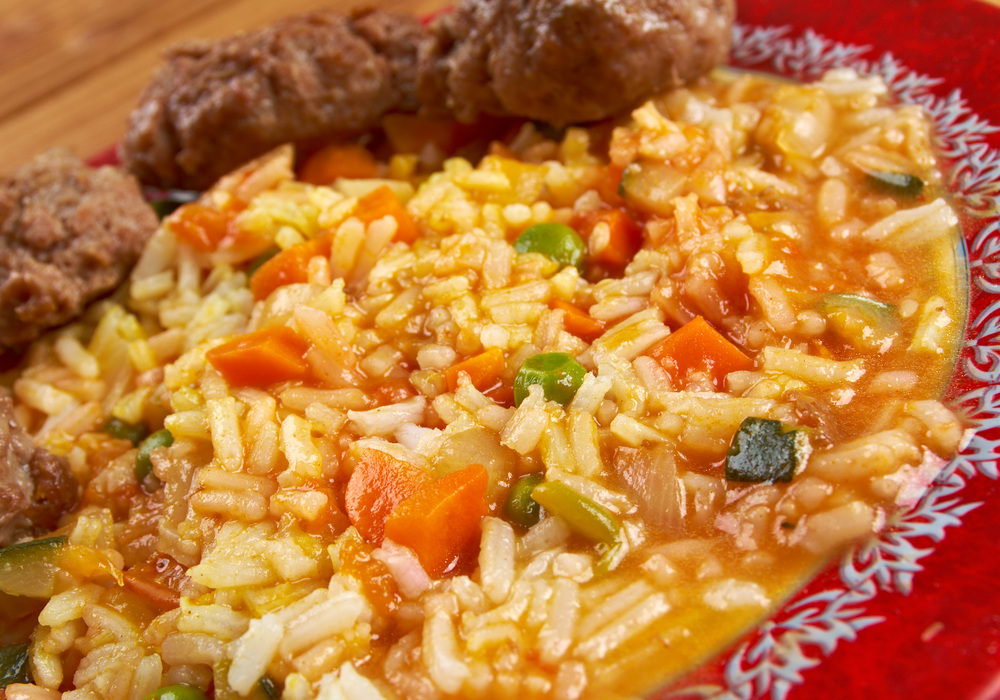 Probably best served separately. Chefs in Liberia and Sierra Leone like to compete with other West African countries in jollof rice fry-offs. The dish – a one-pot feast of fried chicken and rice – is made with tomatoes, onions, and hot pepper. Look for great versions of it at Pandora’s Basket in Monrovia, or Dee’s Bazaar in Freetown. At the other end of the taste scale, both cities have sushi restaurants worthy of London or Paris. In Monrovia, Mamba Point Hotel’s Barracuda Bar has first class spicy ura maki and a sister restaurant offering the same fine dining in Freetown. Monrovia is also home to the luxurious Royal Grand Hotel, where the sushi bar spans a beautiful rooftop terrace above the city.

There’s no better way to see the sights of Freetown and Monrovia than on an early morning run. Both Freetown and Monrovia have their own marathons (with 21k, 10k and wheelchair options). The next Freetown marathon is scheduled for May 29, 2016. It will take in the city’s famous, 200-year-old cotton tree and its colorful wooden architecture, ending on the soft sands of Aberdeen Beach. Monrovia held its most recent marathon in November 2015, finishing next to the city’s largest Ebola treatment center – a symbolic gesture to celebrate a new beginning after Ebola.

The Pier on Banana Island

The Pier – an eco-resort and glamping site – opened in January 2016 on Banana Island, a gorgeous tropical hideaway reachable by speedboat from Freetown’s peninsula. It has elevated safari tents with gorgeous rugs; grilled fish dinners take place on the beach, lit by candles and stars. Guests can snorkel, practice yoga on the deck, or sneak off for romantic picnics. Rates start at US$150 per night.

Owned and run by Liberian hipco legend Takun J, this sweaty nightspot is without a doubt the best place to hear live music in Liberia. On Friday nights, there’s a small cover charge to see artists like Peaches, Butterfly and Romeo Lee take to the stage. They are the voices of Liberia’s rising generation and their hipco music (the name comes from a blend of hiphop and colloqua, a local term for Liberian English) is bold and socially-charged. They’re occasionally joined on stage by comedians. To find 146, head to downtown Carey Street on a Friday night and look for the courtyard entrance. 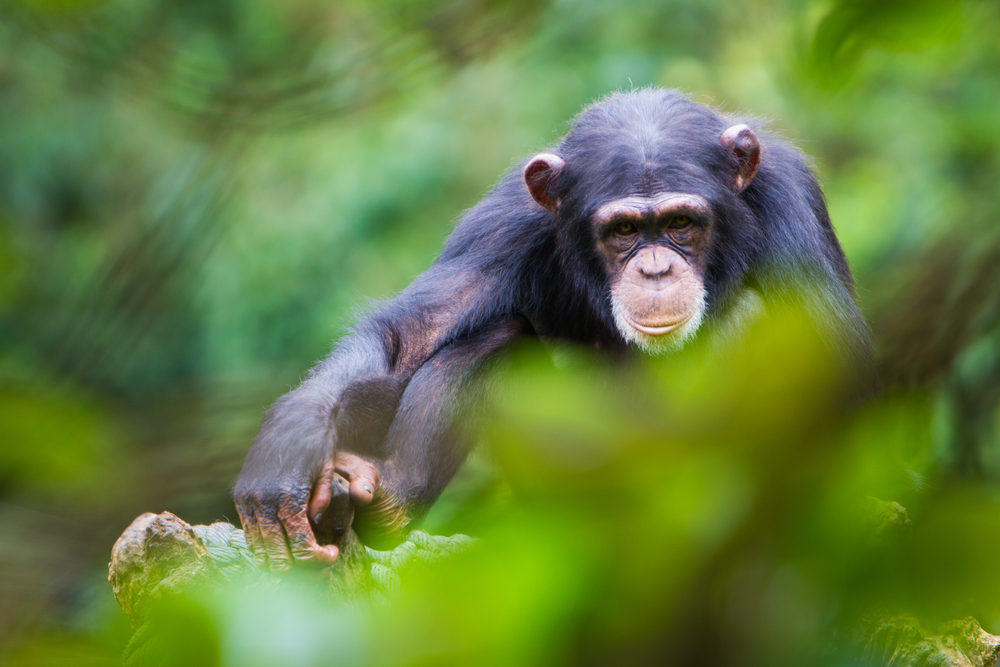 A chimp at Tacaguma Sanctuary (Shutterstock)

This lovely chimpanzee sanctuary, set in the hills above Freetown, was hit hard by the Ebola outbreak. As tourism ground to a halt, the crisis impacted funding for the chimpanzees’ food and care. Staff were forced to launch an emergency appeal. The site has now reopened, and offers accommodation in forest lodges, as well as occasional yoga retreats and educational visits. If you get attached to the mischievous monkeys, there’s a chimp adoption program.

Tucked away in Liberia’s far south-eastern corner, Harper is closer to Abidjan than Monrovia. But this beautiful frontier town is well worth the two-day drive from Monrovia. It was home to Liberia’s longest-serving leader, President William V.S. Tubman, and therefore has some of the finest examples of 19th century architecture in all of West Africa. There are “way back when houses” with southern American-style porches, and an imposing masonic temple that many people are afraid to enter. (Dare to climb the stairs, though, and you’ll be rewarded with stunning views of the town and its historical monuments, palm-studded beaches and emerald green ocean.) 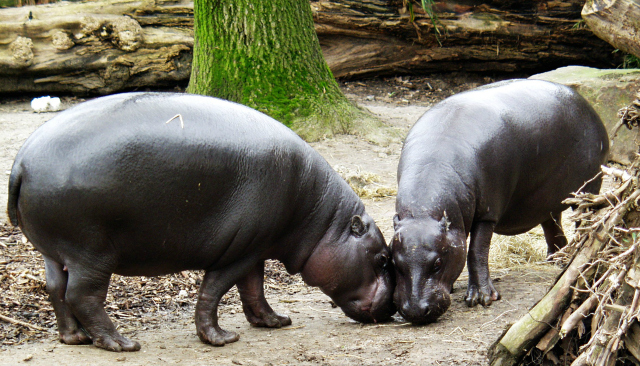 The home of the famous but shy pygmy hippo, this national park is Liberia’s largest protected area of rainforest. It’s also home to forest elephants, colorful bird life, chimpanzees and colobus monkeys. Come here for adventure at its rawest: there’s no official accommodation inside the park, but rangers can guide you to the best camping spots. Expect rocky forest trails, tough scrambles and vegetation cut by streams and rivers. It takes 7-10 hours to reach the entrance of the park from Monrovia, depending on weather and road conditions. Tour operator Barefoot Liberia can arrange excursions.