Angolan cuisine takes the best food from southern Africa, Portugal, and even a little bit from Brazil to create a cuisine like no other. If you like spicy, savory, succulent food, you’re going to love the flavor profiles coming out of the country. Many of the dishes are made with colorful spices, along with fresh, local fruits and vegetables like cassava and banana. From traditional staples to adopted foods from other countries, here are 10 Angolan dishes you need to sink your teeth into. 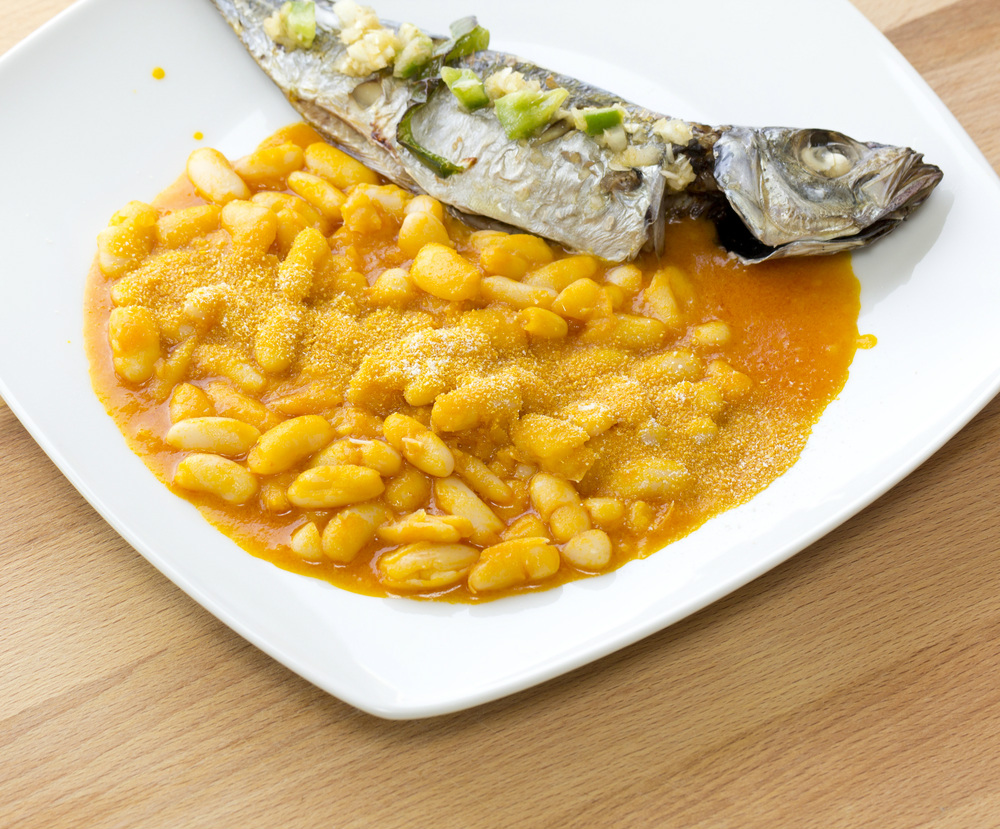 This is one of the dishes you’ll find most often at restaurants in Angola. The dish is made of beans, onion, garlic and cooked in palm oil. It’s often served with fresh mackerel and ripe banana, too. This is definitely NOT your mom’s baked beans recipe.

This spicy dish is popular throughout Angola and is quite similar to the piri piri chicken coming out of Mozambique. Angola has its own take on the dish with different cooking styles and a different sauce. You’ll definitely need an Angolan beer or two to wash this down with. 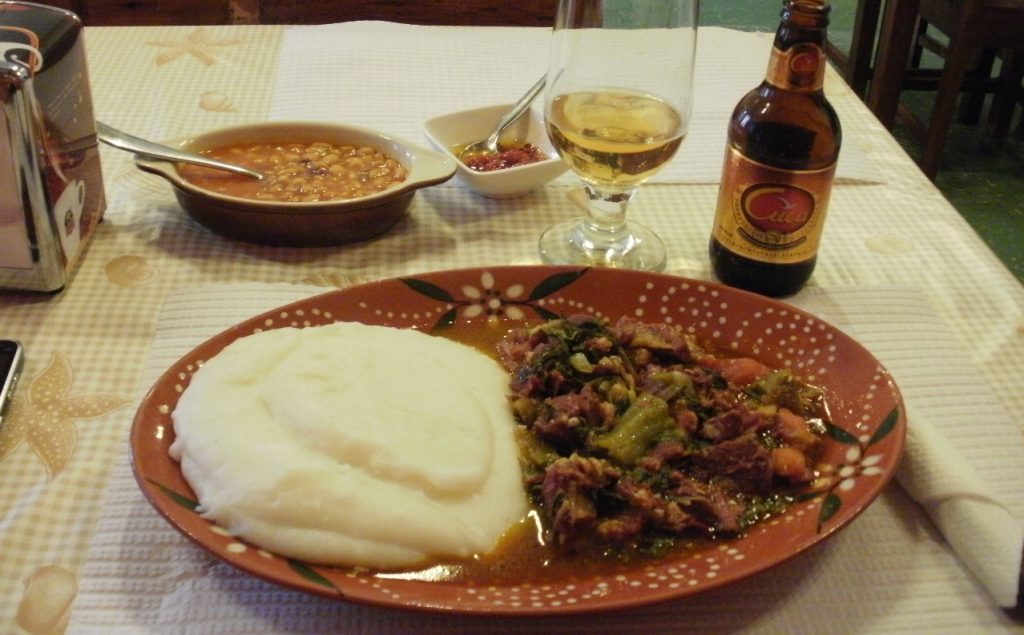 See that thing that looks like mashed potatoes on the left? That’s funje. It’s made from cassava flour and comes out to a slightly gray color when cooked. You’ll find it served with just about every main course in Angolan cuisine to soak up all the delicious sauces. 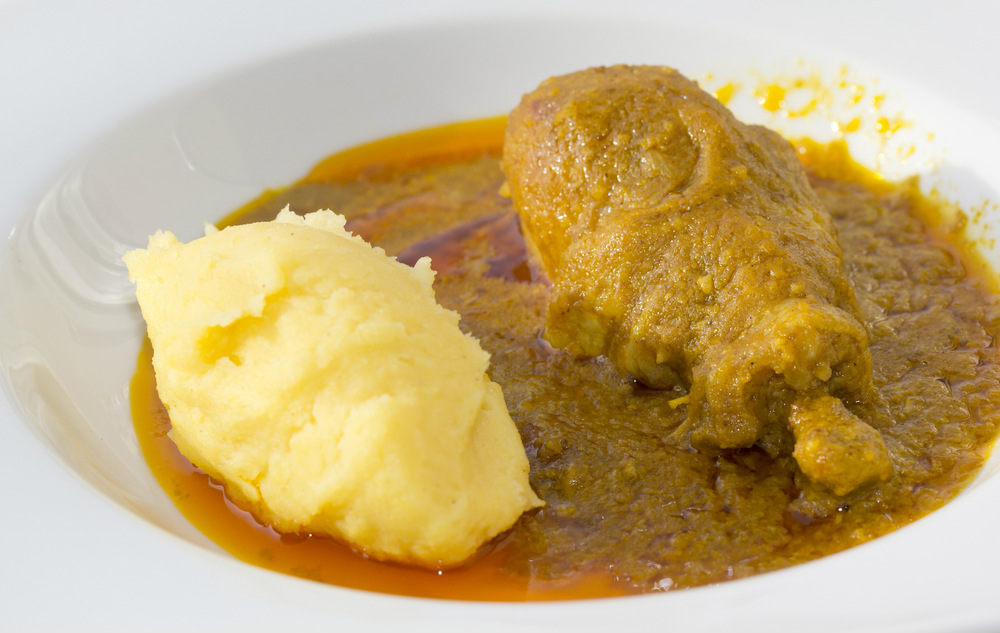 Also known as chicken moamba, this yummy dish is made with a huge amount of palm oil and sometimes a bit of peanut sauce. It’s so popular in the country that it’s considered the national dish by many. If you go to Angola, you definitely need to try this a few times to see which restaurant cooks it up the best. 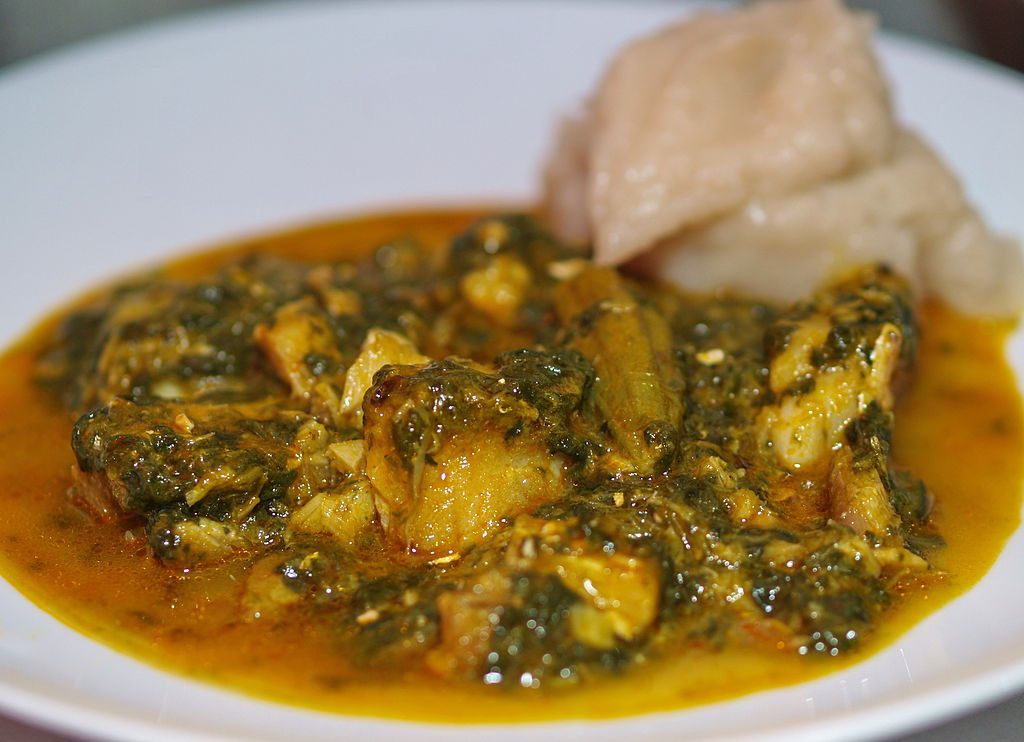 Battling it out with moamba de galinha as the most popular dish in the country, calulu is also flavor packed and usually served with dried fish and a ton of vegetables. The dish also brings a lot of heat, owing to the scotch bonnet peppers that are chopped up in it. 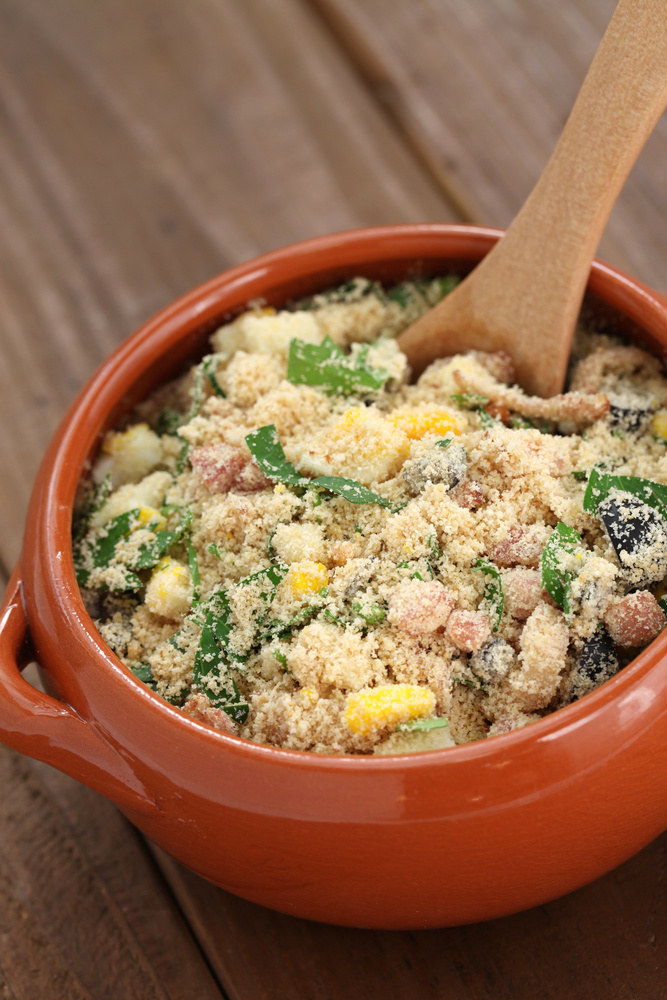 While you might recognize this dish if you’ve ever eaten Brazilian cuisine, it’s also quite popular throughout Angola. The dish is made from a toasted cassava flour, then mixed with smoked meat, veggies and a ton of spice. While not the star of the show, you’ll often find it alongside classics like moamba de galinha in place of funje. 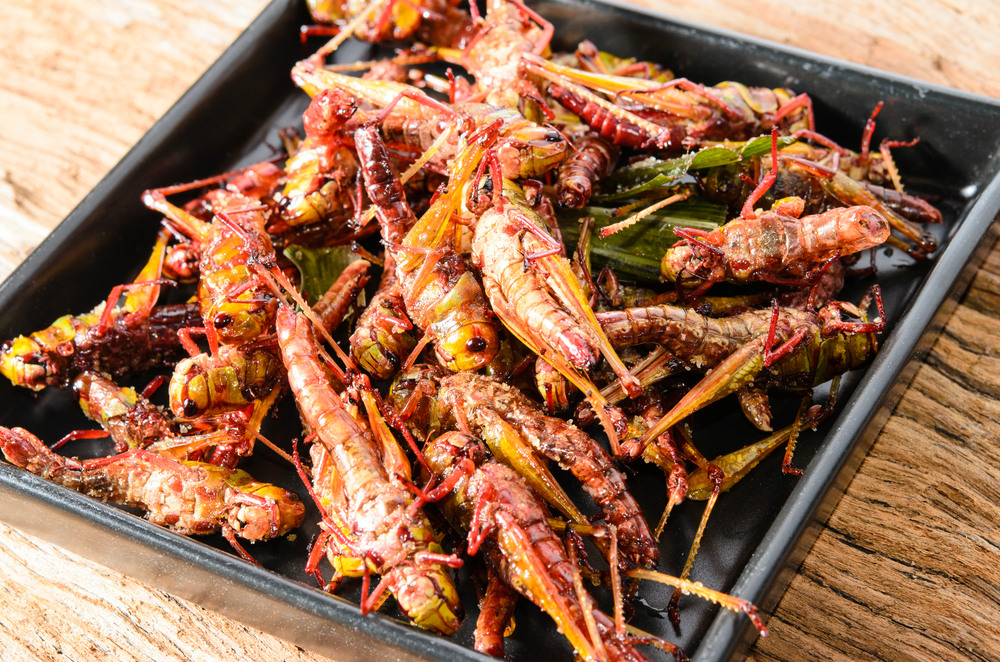 Those aren’t fried chicken fingers you’re looking at…they’re fried grasshoppers! In Angola, they like to fry them up in some red palm oil to give them the unique color and flavor. If you like these, you can also find fried caterpillar in parts of the country.

This traditional dish is usually served on Angola’s independence day, but can be eaten anytime of the year. It’s basically a stew with lots of spices, goat meat, and plenty of vegetables. The addition of palm oil helps give the dish its unique color.

This dish is not for the faint of heart. It’s cooked in blood to give it the brown color and potent flavor, and is often served with a side of funje to soak it all up. It’s usually cooked with chicken and can be found in most traditional restaurants around the country.

A meal in Angola isn’t complete without something sweet to finish off the meal. Coconut amarela is a popular dessert throughout the country and is made with coconut, eggs, a copious amount of sugar and lots of clove to give it a distinctive aroma. The yellow color comes from all the eggs that are used, which is similar to what you’ll find served up at pastry shops in Portugal.

A Country Less Explored: 10 Reasons To Visit Angola
VIDEO: A Tour Of Luanda, Angola
Savor The Flavor: 10 Tanzanian Street Foods You Have To Try