Western Tanzania, that vast stretch of apparently endless miombo woodland, burnt savannah grasses and a lake the size of a small ocean, is one of East Africa’s great unknowns. Safari tourists might flock to legendary parks such as the Serengeti and Ngorongoro in the north of Tanzania, but only a mere trickle of hardened backpackers and well-heeled travellers make it out west. In some ways this is understandable because unless you can afford the luxury of flight transfers in small bush planes and chic lodges in the regions parks then travel in western Tanzania can be hard, rough and tiring. But for those who do venture out here the rewards are worth every dollar spent and every aching mile on a rickety bus and worn road (although a huge road building programme is currently reducing the pain for budget travellers in the west). In the space of ten days in the west you can watch some of Africa’s largest remaining buffalo herds kick up the dust on the way to waterholes clogged with hippos, commune with our closest cousins on an adrenaline pumping forest walk, swim through a rainbow of tropical fish and see where Stanley spoke words that have become known the world over.

Here’s our guide to the best of the west.

Of all the big national parks in Tanzania, Katavi is probably the least known and most exciting. Covering some 4471kmsq (and if you add in the surrounding game reserves and forest reserves the extended protected area covers a whopping 25,000sqkm), it’s the third largest park in Tanzania. Katavi centres on two vast and shallow seasonal lakes. In the dry season between May and October (the only really feasible time to visit) these turn to horizon scraping open grasslands dotted with muddy pools. The park is best known for its buffalos and hippo and in the dry season herds of buffalo thousands strong march like an army through the park while hippos gather in the rapidly shrinking pools of water like swarming mosquitoes. By October, when the water levels are at their lowest, so many hippos gather in the remaining ponds that they are packed together cheek to blubbery jowl without so much as a few centimetres between them. As a wildlife spectacle it’s one of the most impressive in Africa. But Katavi should rightly be just as renowned for all its other animals. Lions are found in substantial numbers as are elephants, giraffe, zebra and many more. What isn’t found in abundance though are other safari vehicles. It’s perfectly possible to spend a full day out in the bush and not meet a single other tourist. A word of warning: visiting Katavi between late November and late March when much of the park is flooded can be difficult, the large mammals scatter across the greater region and most of the handful of top end camps close. The birding is good at this time though. 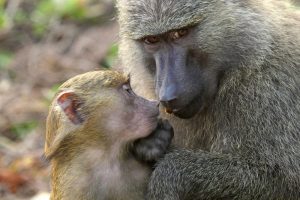 Gombe Stream couldn’t be any different to Katavi. Where Katavi is massive, Gombe is tiny (the smallest national park in Tanzania), where Katavi has dry grasslands, Gombe has wet rainforest and whereas plains game predominates in Katavi in Gombe it’s all about jungle life and nothing more so than chimpanzees. Gombe Stream is the home of Dr Jane Goodall’s long running chimp study – a study that has literally changed humanities opinion on chimps and our own distant past. At Gombe Stream visitors get to spend the morning hacking and whacking through the forest looking for one of the parks groups of habituated chimps. Once found you can spend just one hour (per day) in their company. One hour might not sound like much but we guarantee that it will be one of the most memorable hours you will ever have. Africa is full of potentially life changing moments and seeing Gombes chimps up close is definitely one of them. 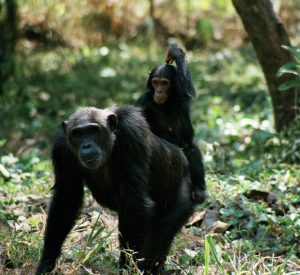 Tanzania’s other chimpanzee sanctuary is, in our opinion, even more impressive than Gombe Stream. The park, located halfway down the shores of Lake Tanganyika, is much more remote than Gombe and far harder to get too (most people fly in but you can also get there by an irregular old paddle wheel steamer) but the rewards are great. Sheer needle-like mountains covered in dense forest stand to attention above the Maldivian blue lake waters and breath-taking beaches. These forests, and even the beaches, are home to habituated groups of chimps playing rough and tumble games. As with Gombe there’s often lots of sweaty bush walking involved in finding them and again you only get one hour with the chimps, but the experience of locking eyes with our distant cousins will leave you tingling with excitement for days. 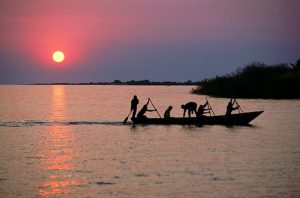 The dominant geographical feature of western Tanzania is Lake Tanganyika. It’s the worlds longest (660km) lake, the second deepest (1436m) and, by water volume, second largest lake. It also might be one of the planets most eye-catchingly beautiful. The water is a luminous turquoise that’s rare to see outside of a Seychelles tropical dream scene, and the beaches, backed by palms, could sit just as comfortably in that same fantasy. What’s more there are potentially hundreds of these beaches and all but a handful might well have never had a tourist spread a towel on them before. The positives don’t stop with good looks though. Lake Tanganyika has some of the clearest and most unpolluted waters of any large lake and it’s home to great clouds of multi-coloured fish that makes snorkelling and diving here akin to diving on a Red Sea coral reef (although instead of sharks there are crocodiles and hippos, which, yeah, is a bit of negative!). The best base for sunbathers, boaters, divers and snorkelers is the wonderful Lake Shore Lodge and Campsite (www.lakeshoretz.com) in the laid back southern village of Kipili. It’s a perfect après safari R&R spot. 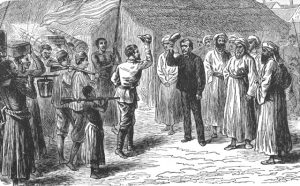 Ujiji is but a tiny lake side fishing village that nowadays is almost a suburb of dusty Kigoma town, but insignificant as it initially appears the fame of Ujiji has spread around the world. It was here, under a mango tree, that in 1871 American journalist and explorer, Henry Morten Stanley said those infamous words, “Dr Livingstone, I presume?” after he finally found the ‘lost’ Scottish explorer he’d been sent to track down by the newspaper he worked for. Today a small memorial and rather overpriced museum mark the spot where this encounter is alleged to have taken place, but for us the busy beach with its wooden boats returning weighted down in the daily catch is more interesting.