Born from a mother with dust in her veins, I guess I was destined to love a country that is mostly sand. But it is not a starry-eyed adoration of the beauty of this harsh country on the southwestern side of Africa. Nor is my love for Namibia born from chocolate-box photos and merry campfire-lit anecdotes. Rather it is a respect and familiar bond I feel towards my maternal homeland.

The stormy Atlantic Ocean along the Skeleton Coast, the scorching Namib Desert, crocodile-infested northern rivers and arid Kalahari Desert in the east have all created the geology of this great country, one of hauntingly beautiful moon-landish landscapes, tropical trees, palm-fringed lagoons, boulder-strewn plains and corduroy ripples of terracotta dunes. 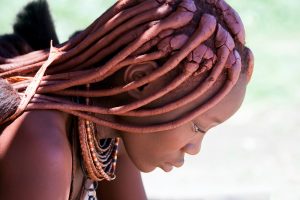 Namibia is hewn from the peoples and the weather that came to shape its history and landscapes. The movement of indigenous tribes such as the Damara, Ovambo, Herero and San, German colonization, a cross-border war in Namibia between soldiers of South Africa and Angola – all these anthropological upheavals have formed the culture of Namibia into one that is remarkably peaceful and stable. This stability came at a price. It cost thousands of lives – the Nama people died at Shark Island in Lüderitz, Hereros perished in the Namib Desert, Ovambo fighters and civilians were killed during the war, and seafarers were stranded on the formidable coastline. Memories of these losses remain in the Namibian psyche, yet its people live with empathy and tolerance rather than bitterness.

From the assortment of tribes comes indeed a jumble box of cultural flavors, all merged into a common language. Southern and central Namibia speak a rolling German and colorful Afrikaans, while the northern parts prefer English as their vernacular. But the common language is only second to the tribal tongues and you will hear: Oshiwambo, the clicks of Nama, Otjiherero and some 25 others as you crisscross the country. 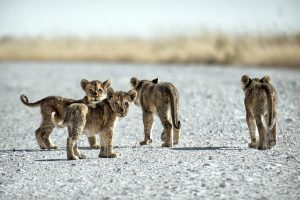 The tribes have all contributed their own flavor to Namibia’s culinary language. Much of the food is influenced by the cultures – German pork dishes in the South, Afrikaner farmer lamb near the Kalahari, thick slabs of steaks and game meat all over. Rustic, honest and hearty fare illustrates the country’s personality. Spiced royally and served with heaps of starch, Namibians love their meat. Meat is roasted on an open fire on a pavement, baked in a pie, stewed in a cast-iron pot, smoked in a make-shift smoker and if you are vegetarian you might be served a chicken…

My relationship with Namibia is certainly nourished by its food; personal taste memories include a meat terrine served with home-smoked carpaccio at Koiimasis and a $1 oryx pie from a corner shop in Aus. As a child we went fishing from my grandparents’ house in Swakopmund, spending hours to untangle crow’s nests of fishing line from our rods. The smell of freshly baked brötchens from the bakery across the road, my father smoking sea barbel in a metal drum in the back yard and coffee brewing in an enamel pot on the stove punctuates my childhood years.

As I grew older, I grew to love Namibia’s favorite liquid refreshment; beer. In the scorching heat while kayaking on the Orange River, quietly sipping at a floodlit waterhole in Etosha or washing away the Sossusvlei dust after a scramble to the top of Dune 45, Namibia’s Rheinheitsgebot offerings are golden! Hansa, Windhoek, Tafel – it doesn’t matter, just as long as it is ice cold.

Namibia is big sky land. It has enormous horizons with space for emotion, philosophies and dreams. In this arid, sparsely populated country, my busy mind spins up to the blue heavens and floats down again, empty and clean. This land has flat open plains where the sheep of my youth graze on scruffy shrubs, it is where my childhood sneakers filled with Swakopmund’s dune sand, and is also where I stood, fishing rod in hand, next to my dad on the beach at Wlotskasbaken.

Namibia is about memories. It is the biting cold on a morning game drive when sounds are still asleep and animals blow steam clouds into the frozen grass. It is remembering the sunburn and sand after a scramble up a dune and the chasing of your breath as you come screaming down. It is the salty spice of a piece of biltong followed by an icy beer. It is the powdery silence of an elephant passing your car, the whooshing of its wrinkly thighs and gurgling of a busy stomach.

Namibia is about the grey mist enveloping Swakopmund with the salty thick smell of ocean. It is the dusty pink sunsets in Etosha, the lovesick moan of a lone male lion and the wake-up call of a fish-eagle at the Okavango River. Namibia is the crack of a wood fire and the smear of stars across an ink-black night sky. Namibia is a sensual country, a place where all your senses will fit into place again and where you will leave, empty and full.

More reasons why we love Namibia:

Costume, Conflict and Tradition: The Story Behind The Clothing Styles Of The Herero People Of Namibia
10 Things You Didn’t Know About Namibia
VIDEO: A Drone’s-Eye View Of Namibia