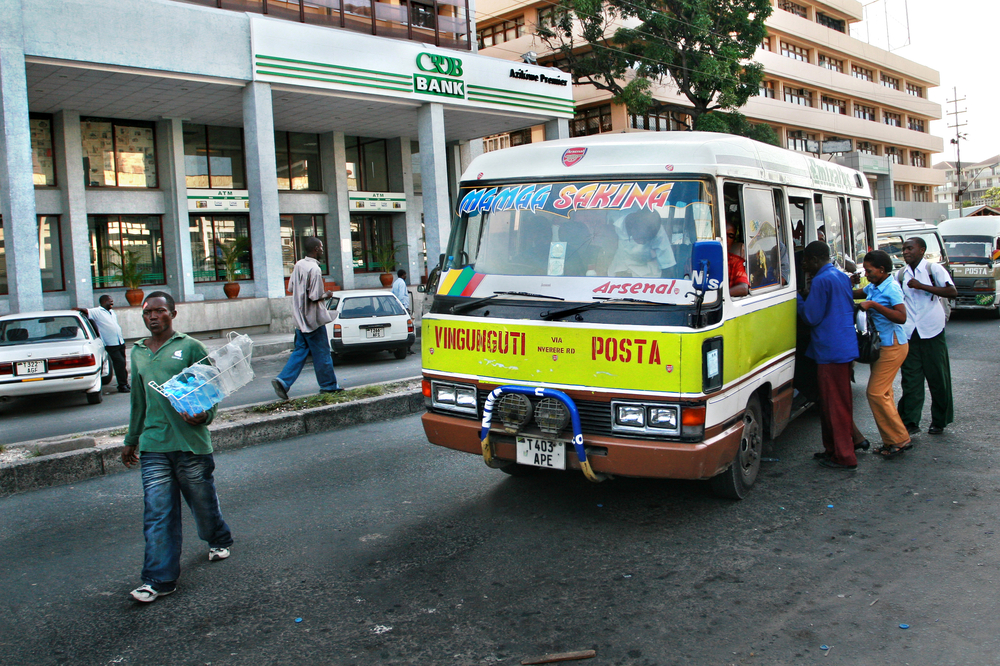 Prudence glances back at my sweaty face in the review mirror. I’ve been staring intently through the gap in my window while what feels like the entire world moves past at a snail’s pace, the musky, thick air moving in patches through a small space between window and door. In that very Tanzanian way of wanting to open up communications channels without being too forward with this loopy foreigner, the driver mutters “pole sana” under his breath every few seconds, while shaking his head over the sea of traffic ahead of us. I automatically like him, as we are travellers heading in a mutual direction through some of the most trying rush hour gridlock in downtown Dar es Salaam. The only thing that eases the monotony of watching dala dalas jammed with bodies and decorated from top to toe with hand painted banners of “ I’m the man,” “ Get rich or die trying,” and “Only God can judge me” etched in golden bunting, is the 90’s romance ballads blasting from the dashboard radio. This traffic could wash me away in a tide of humanity, but I would never enjoy a city more than I do Dar es Salaam. 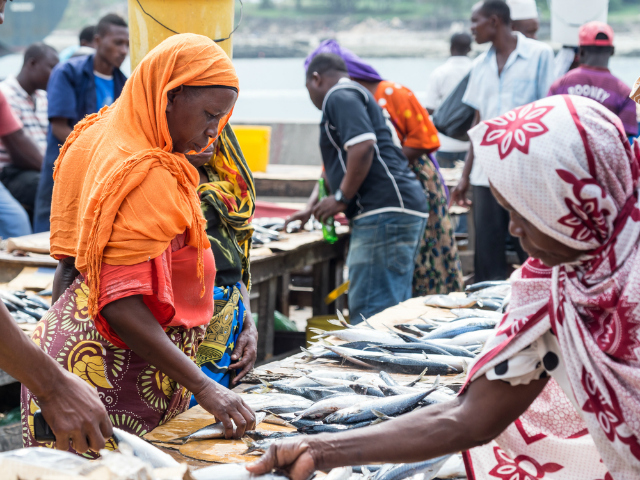 It’s something I have repeated many times, but every time the plane touches down on the tarmac in this sub-tropical city, I can’t imagine why people don’t see Dar as more than a pit stop on the way to the rest of their travels. It is so easy to romanticize the incredible Tanzanian beaches and savannas — and they really are worth the adulation — but they are not all that this country is made of. Beneath the safari jema and azure waters is the heartbeat of a city and a country that is all its own.

The largest of all of Tanzania’s cities, with 1.4 million people crowded into its streets and neighborhoods, Dar Es Salaam has been called an “unlikely African megacity” by the African Development Bank, due largely to its fast-growing urban center. According to a 2013 report by Oxford Economics, no African city will lift more residents into the middle class by 2030 than Dar es Salaam, and that speaks to a city poised at the edge of exciting times.

Dar es Salaam is where all of Tanzanian life, both modern and traditional, gathers together. The loud markets are filled with colorful cotton kangas and kitenga, the beach and lounge parties are filled with young, bright and sexy things, and the dining scene ranges from delicious street-side Mishkaki, to delicate high-class restaurants that face the setting sun over the ocean. There’s Thai food, Italian, traditional, Indian, and Nyama Choma to make your mouth water, good old fashioned burgers and pizza, or even snacks and sheesha on the 11th floor, taking in the cityscape as day fades to dusk. Amongst the noisy, congested streets you can find rare Tanzanite jewelry, beautiful handcrafted souvenirs from the women’s cooperative of Mama Maasai, or the astounding beaded masterpieces by Jacqueline Kibacha of Heart365 Emporium. Just some of the reasons to take in all that this city has to offer.

Overwhelming for some, the city might not fit everyone’s idealized image of Tanzania as seen on television. But I find that attending Petra Kucha nights at Trinity Guest House, learning from local poets, musicians and academics brings me closer to knowing the real Tanzania than spending my time out in the bush. I’m not ignoring the fact that Dar is not the prettiest to look at, for she is indeed crumbling on the fringes with buildings in varying degrees of modernity and ancient decrepitude. But this is where I get a glimpse of the modern Tanzania, a place full of people with imagination and skilled in the art of open, boisterous happiness, where I never leave wanting for anything.

On the other hand, if the city ever gets too busy it is just a hop and a bumpy jump to nearby Coco Beach or South Beach, or the ever-beautiful Bagamoyo, where I can while away my days in sandy, tropical waters that are just as appealing as any of the nearby island destinations — a perfect city break if ever there was one.

Spend a few nights exploring Dar Es Salaam, fall in love with it, embrace its roughness and its smoothness without judgment or reservation — because it is a city that can give you more than what you might expect.