Every time I cross the South African border and enter Mozambique I feel like I’ve been transported much further away than my hometown of Johannesburg, which is only a few hours’ drive away. I think it’s something to do with the Portuguese signs, but there’s also a distinctly Latin-African feeling, which intensifies as you enter Mozambique’s beating heart – the capital city of Maputo. Tourists often avoid Maputo, bypassing it on the EN1 for the beautiful beaches of Xai-Xai and Tofo to the north, or flying directly to Vilanculos or Pemba for island archipelagos. They’re missing out on a city that is unlike any other on the continent. 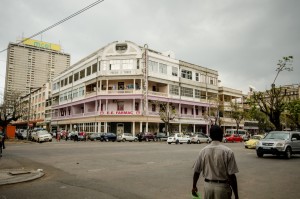 To me, Maputo feels like an African version of Miami. There are the palm trees, the beaches, the Art Deco buildings painted in a rainbow of milkshake colors, the Havana-esque colonial façades and street cafés under big shady trees playing salsa music. But then there are the avenues named after the world’s most famous Communist leaders (the Chairman would surely be turning in his grave if he knew about the luxury 4x4s being driven down Avenida Mao Tse Tung), and the potholed roads and tropically dilapidated buildings – the signs of a economically poor country which is still recovering from a prolonged civil war – that mean that Maputo is very much its own place.

I understand why many visitors don’t warm to Maputo. They see the crumbling buildings, the badly maintained roads and the litter on the beach and find it difficult to look beyond the dilapidation. It’s true – Maputo doesn’t exactly wear its charms on its sleeve – but there’s something about this city, its rhythms, layers of history and scent of sea, garlic and frying prawns that really captures my heart. There’s an energy to Maputo that’s deeply alluring – a magical combination of African and Latin culture that’s sexy and sultry and so unlike the steadfastly more conservative South Africa, which is only 60 miles to the west. 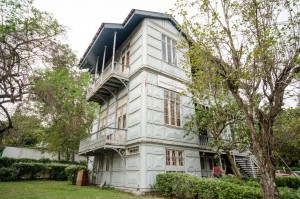 Maputo is a city best explored on foot, which is what I do first whenever I arrive. I’ve been accompanied on walks by guides who know every interesting nook and cranny of the place, and have given me a narrative framework through which I understand the city and its stories told through architecture and hidden art. While Maputo’s walkable center isn’t large, there’s lots to see when you know where to look: I always return to the Catedral de Nossa Senhora da Imaculada Conceição – a beautiful and unusual Art Deco church – the graceful old Portuguese buildings in the downtown red light district, and the Case de Ferro – a metal house wildly unsuitable for tropical climes designed by Gustave Eiffel (of the Parisian tower fame) in the 19th century. 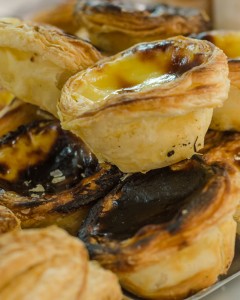 I visit as many art galleries as I can – such as the Nucleo d’Arte – and make time to chat to the artists and sculptors if they’re around about their work – there’s a wonderful sense of creative community in Maputo that’s easy to tap into if you start talking to a few locals. The Natural History Museum is dusty and uncared for (and sadly undervisited), but it still yields some treasures, such as preserved elephant foetuses at different stages of gestation. Whenever I go I’m the only one in there. I once went on a walk with an architecture student who loves Pancho Guedes, a well-respected Portuguese architect who was influenced by Gaudi and Frank Lloyd Wright who lived in the city for some years. Once I learned Guedes’ style and most famous buildings, I can now spot them a mile away, and love the feeling of discovering a building I hadn’t known about. My top architectural treasure though, is the grand mint green-and-cream century-old CFM Train Station, with its old-fashioned clock face and graceful arches and bygone era glamor. Inside is the delightfully retro bar Kampfumo, the city’s most unusual drinking spot – which, according to the owner, has turned into some wild weekend parties on the tracks. One day I’ll be at one of those. 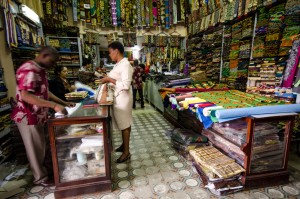 One of my favorite things about Maputo is its food – a rich culinary mix of Arab, Indian, Portuguese and African flavors. Maputo draws its eating culture from southern Europe – lunches are indulgently long and wine-filled, and dinners with friends are loud and festive – of which I wholeheartedly approve. Between walks through the city I stop for snacks: cashews from the Municipal Market (dodging the sideways crawling crabs on the floor), crab samosas, sour baobab fruit and delicious sweet mangoes – and then eat meals like Mozambicans do, taking my time to savor fish curries and piles of prawns smothered in spicy piri piri sauce – a hallmark of Mozambican cooking.

There are a lot of fancy restaurants where you can drink excellent South African wines and eat gourmet Mozambican-French food, but my favorite places to eat are the cheap and cheerful ones – Piri Piri (where I eat my favorite dish: crab matapa – cassava leaves cooked with peanuts and coconut milk), and the lively Fish Market, where I select my catch and then have it cooked for me in a tasty sauce at one of the hole-in-the-wall restaurants set around an outdoor courtyard.

At night Maputo hums to a musical rhythm of jazz, salsa, reggae and karaoke from bars thick with the scent of rum cocktails. The live music scene only gets going late though, so before catching a band, I head at sunset hour to a bar near the sea, like the Clube Naval, where I love that I can sit inches away from lapping waves and sip on lethally strong passion fruit caipirinhas, watching dusk fall over the Indian Ocean. The night may take me to Gil Vicente, a small downtown bar in a gorgeous Art Deco building for live music, or to the Franco-Mozambican Cultural Centre to listen to local bands play in the tropical garden. Sitting out in the balmy air sipping on a sweating 2M beer is the perfect end to a day’s explorations of this wonderful city that feels so exotically far from home.

Magnetic Maputo: 10 Reasons The City Will Pull You In
Pasteis And Piri-Piri: A Guide To Dining In Maputo
15 Best Luxury Hotels In Maputo