While many people head to Cairo for the pyramids, or Sharm el-Sheikh for its beaches, most visitors head to Alexandria for the city itself. Little of the the city’s original Islamic architecture remains due to centuries of historic battles, but this bustling Mediterranean port city has rebuilt itself into a commercial and cultural powerhouse full of activities and attractions to suit all tastes. Here are 10 delightful things to do in Alexandria, Egypt. 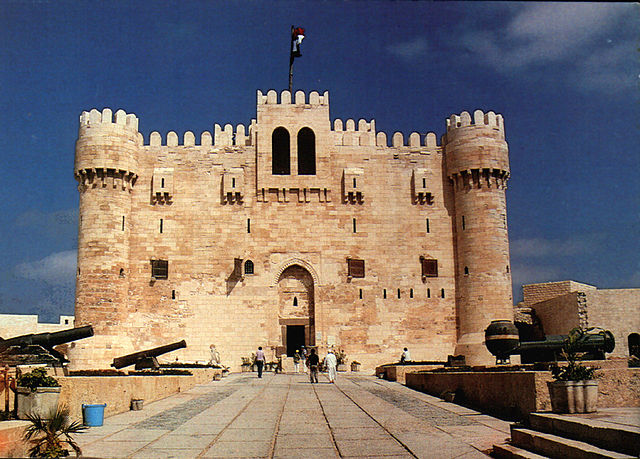 Visit The Citadel of Qaitbay

Located in the Eastern Harbour, this 15th century fortress is a marvel of architecture and has been an icon of the city for centuries. It was built over the ruins of the famous Lighthouse of Alexandria, which was one of the seven wonders of the world. While you obviously can’t visit the most famous structure the city ever had anymore, you can see another impressive site and say you stood where the lighthouse used to stand. 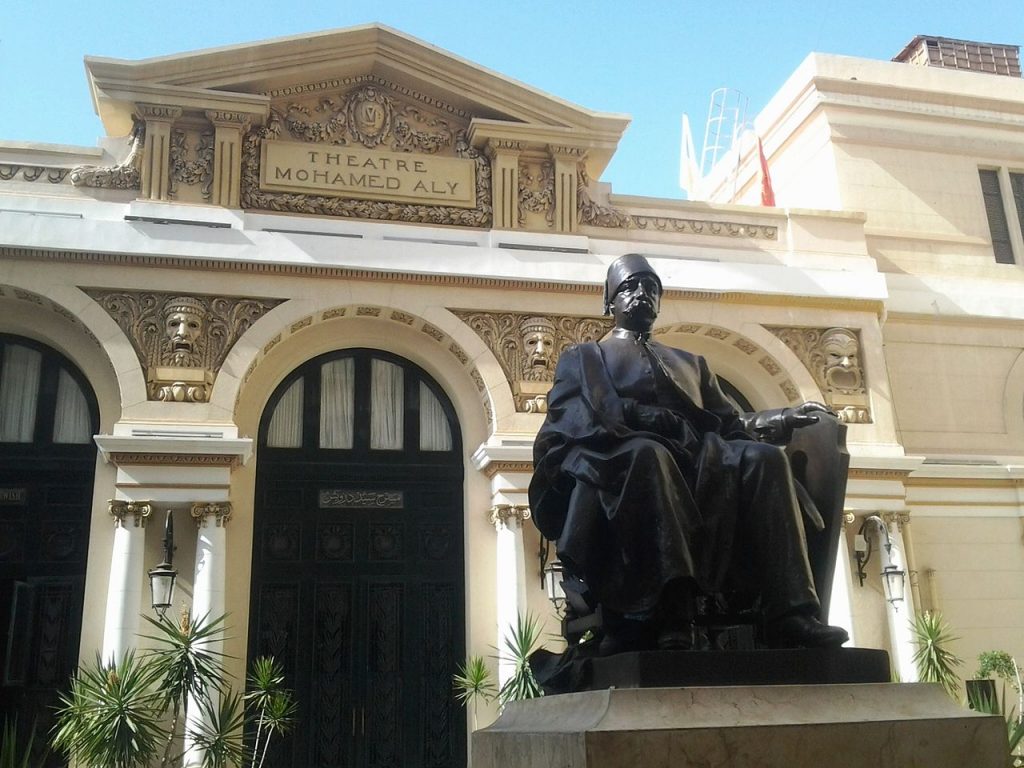 Opera has long been popular in Alexandria in Egypt and the opera house has regularly featured them for almost 100 years. While somewhat small, the opera house more than makes up for it with its gorgeous auditorium. If you can’t make it to an opera, there are also regular ballets and theater troupes that perform at the venue. You can visit the Cairo Opera website to see all of the upcoming shows. 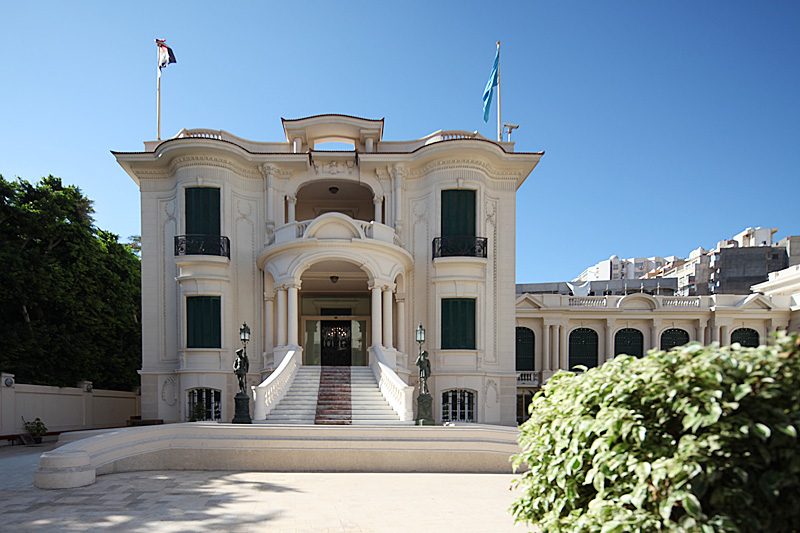 Look for bling at the Royal Jewelry Museum

This is one of the newest museums in the city and was only established in the 1980s — quite modern when you’re thinking about Egypt. It’s located in the luxurious former palace of Princess Fatma Al-Zahra and includes a priceless collection of jewelry from the Muhammad Ali Dynasty. There are also plenty of statues and paintings throughout the palace that are worth browsing. 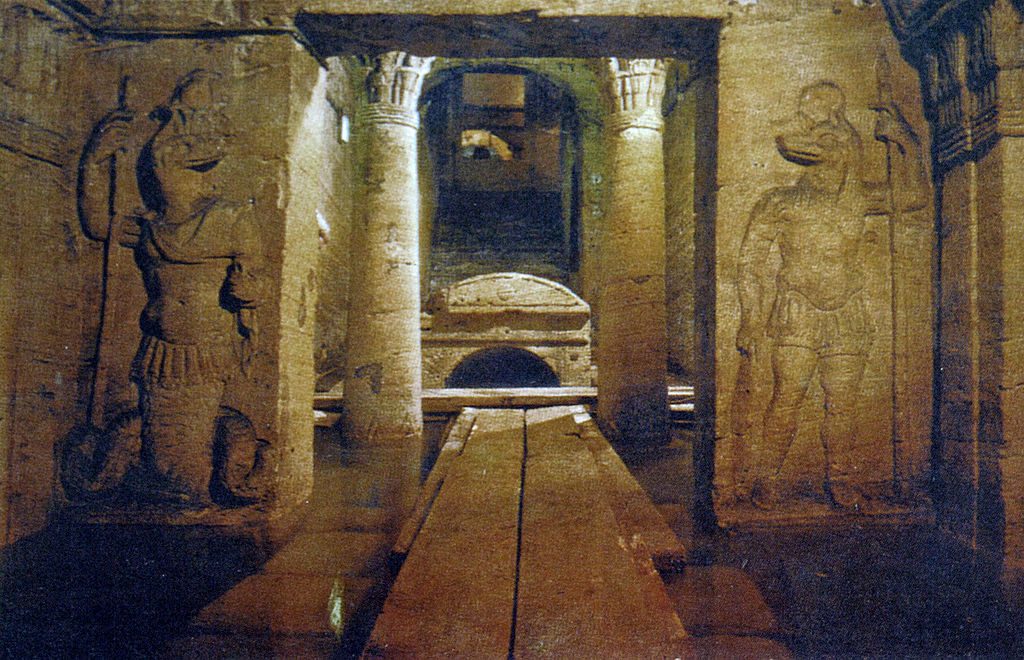 Go back in time in the Catacombs of Kom el Shoqafa

If you ever wanted to walk through a living (well, unliving museum), this is the place. These creepy catacombs were considered one of the Seven Wonders of the Middle Ages and were built during the 2nd century AD. There are fascinating sculptures, reliefs, and monuments throughout the large interior. 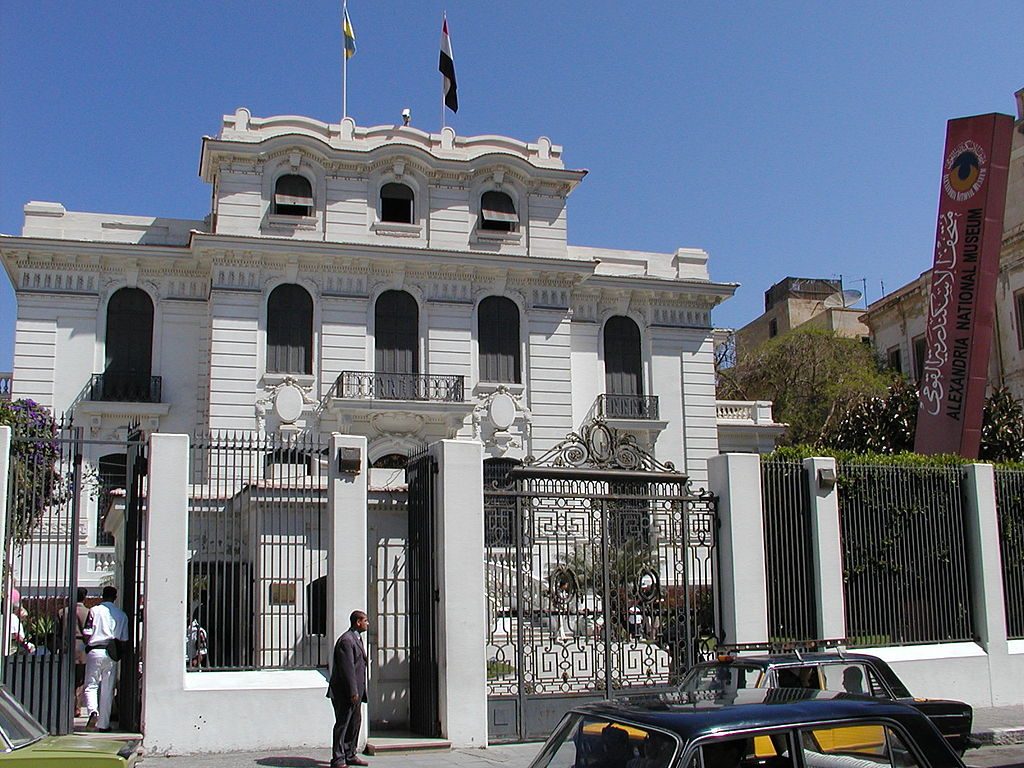 This is yet another recent addition to the wonders of Alexandria and was inaugurated in 2003 after the building served as the United States consulate and a private mansion. There are close to 2,000 artifacts inside that show off gorgeous collections from the Coptic, Muslim, and Ancient Egyptian worlds. Some of the things you’ll find inside include a bust of Medusa, ancient weapons, Islamic clothing and numerous works of intricate pottery. 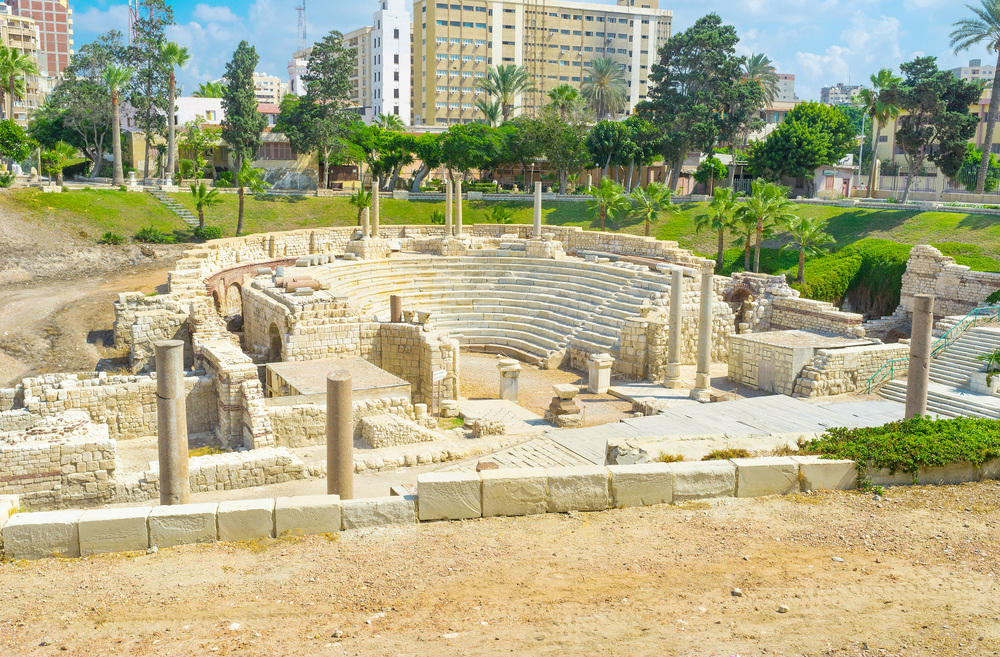 Marvel at the architecture of the Roman Amphitheatre

This is one of the most popular monuments in the city and was only discovered in 1960 after over a millenium of being buried. After it was excavated, it became one of the most important discoveries in the country of the 20th century. It’s a great place to take some photos or relax while imagining you are in Ancient Rome.

Relax in the gardens of Montaza Palace

Built in 1892 under the Muhammad Ali Dynasty, this larger than life palace was used as hunting grounds as well as a summer palace to many rulers. The palace is now a public museum with plenty of interesting works, but the best part about it is the fanciful garden that overlooks the ocean. 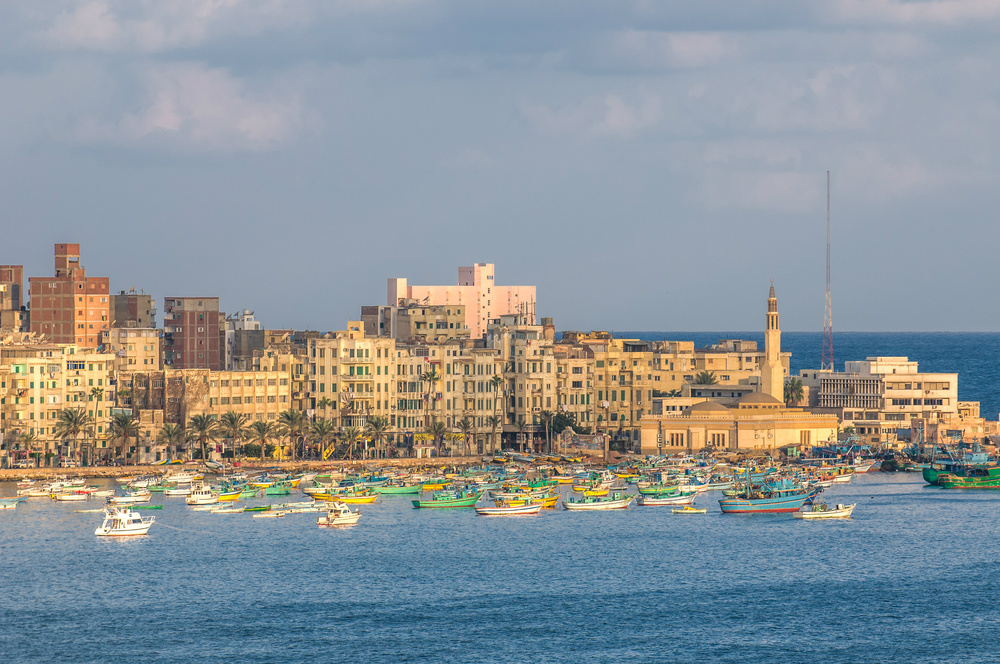 Yet another relaxing place to go in Alexandria is the beautiful Korniche. Visitors enjoy strolling past some of the best architecture in the city and watching the colorful boats come in and out of the harbor. While the area can sometimes smell a bit fishy, that’s the price you pay to witness a real working harbor. 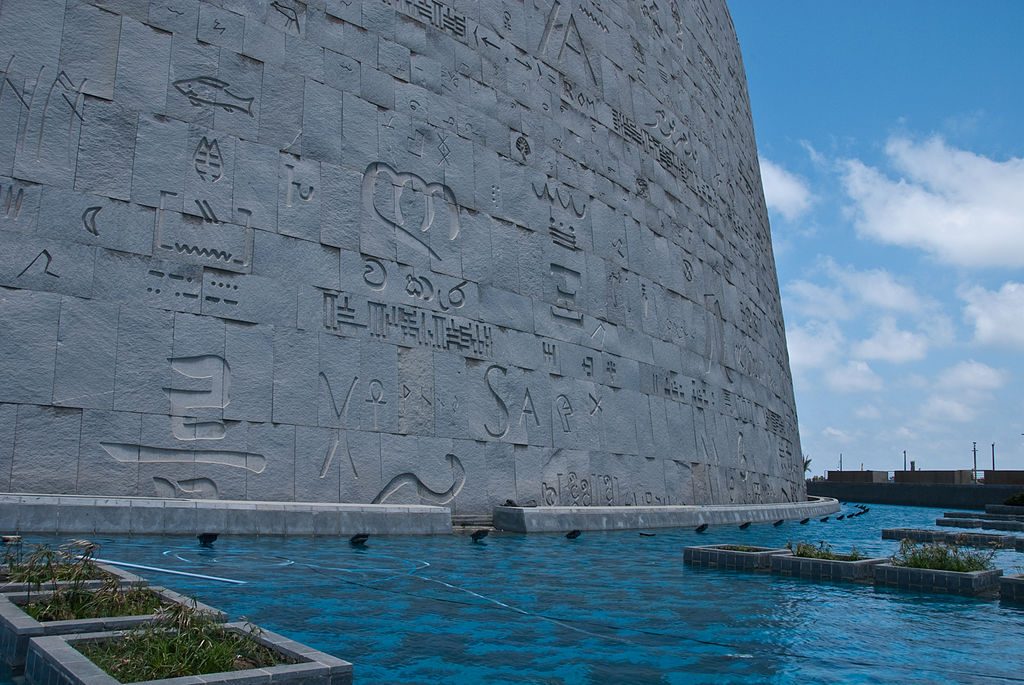 Become a bibliophile at the library

The ancient Great Library of Alexandria has long since been destroyed, but a new library has risen in its place, known as the Biblioteca Alexandrina. The new library was completed in 2002 and quickly assumed its rightful status as one of the top libraries in the world. Inside, there is a reading room that can accommodate 2,500 readers. There’s also three museums inside, a planetarium, and many exhibitions throughout the year. Even if you don’t stop and read, it’s worth a visit just for the architecture alone. 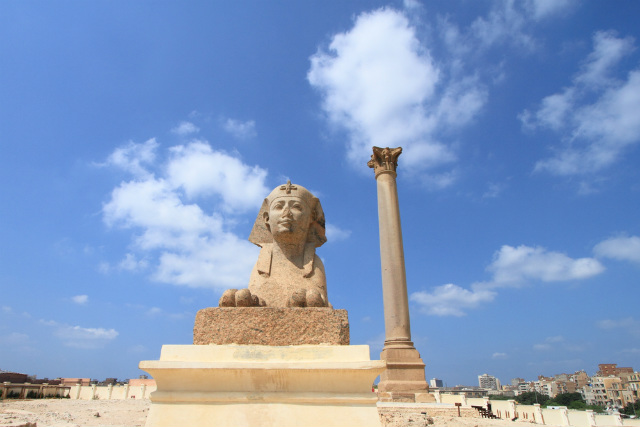 There are plenty more interesting monuments to see in Alexandria outside of those that were already mentioned. Some of these include the Sarapeum (pictured above) which has an immaculate sphinx, the ruins of Caesareum that reminds one of Rome, and the stunning white statues inside the Antoniades Garden.

This article was originally published on November 10, 2015.