Tunisia might be the smallest country in North Africa, but it packs a big punch in terms of cuisine. The country has been perfecting its food ever since the time of ancient Carthage, and incorporates cuisines from numerous other cultures including Spanish, Turkish and Arabic. While Tunisian cuisine is somewhat similar to that of its neighbors in North Africa, it definitely cooks to the beat of its own fork. Here are 10 foods that you have to try in Tunisia. 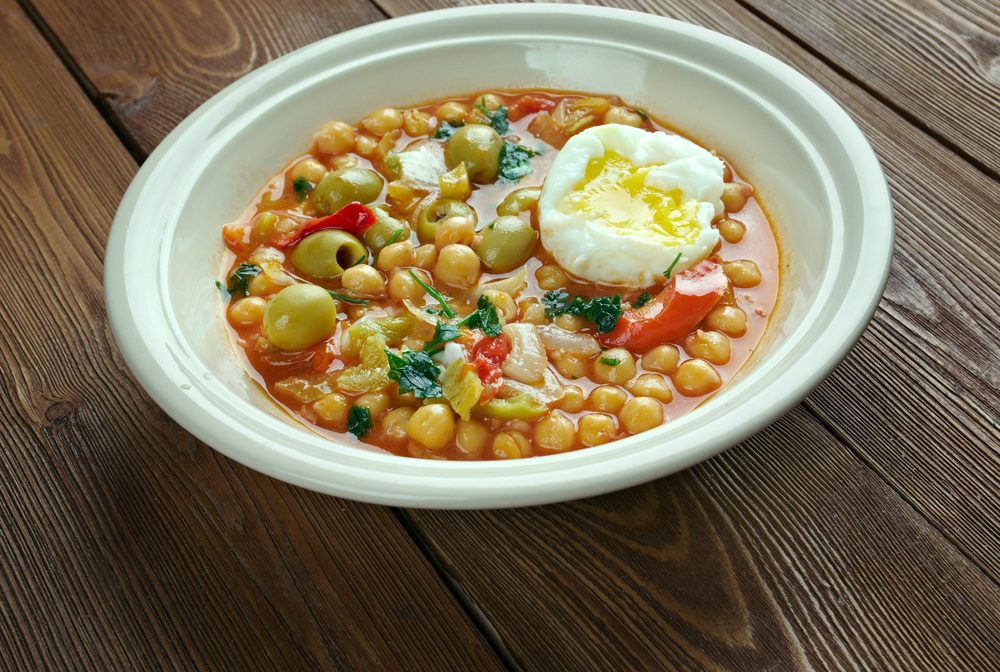 You knew you were going to see chickpeas in this list, didn’t you? This classic dish is based around the versatile legume and cooked with old crusty bread, garlic and an aromatic soup flavored with cumin. Before serving, a raw egg is usually thrown on top along with capers and cilantro for garnish. 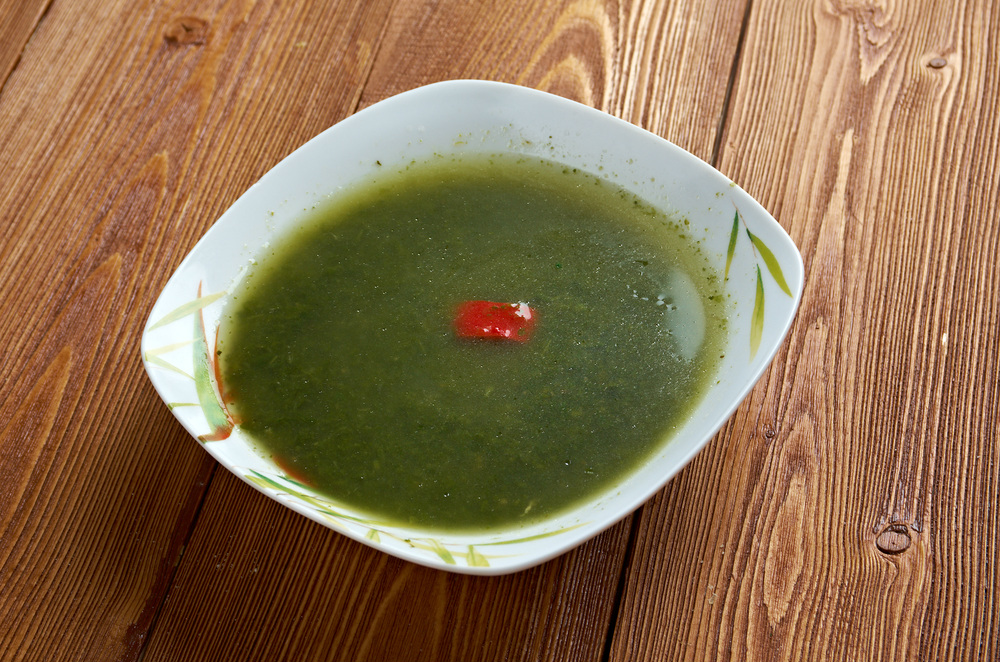 This lovely lamb dish is made with copious amounts of turmeric and mallow, which is similar to spinach or okra (expect a slimy texture). It’s often served with rice to soak up all of the broth. Some restaurants will also substitute chicken for the lamb. 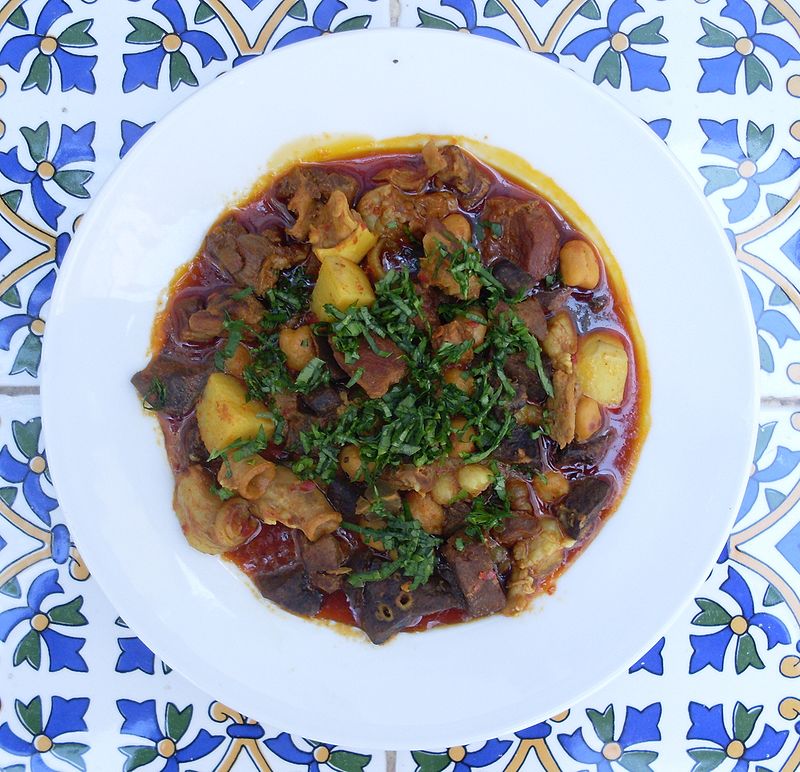 This traditional stew is one of the most aromatic dishes in Tunisia’s food arsenal. It’s heavily flavored with cumin, turmeric, a heavy amount of garlic, and sheep giblets. Other recipes (like the one pictured above) also call for octopus. Don’t worry, it’s actually far tastier than it sounds, and either way you have it, you’re sure to smell it coming from a mile away. 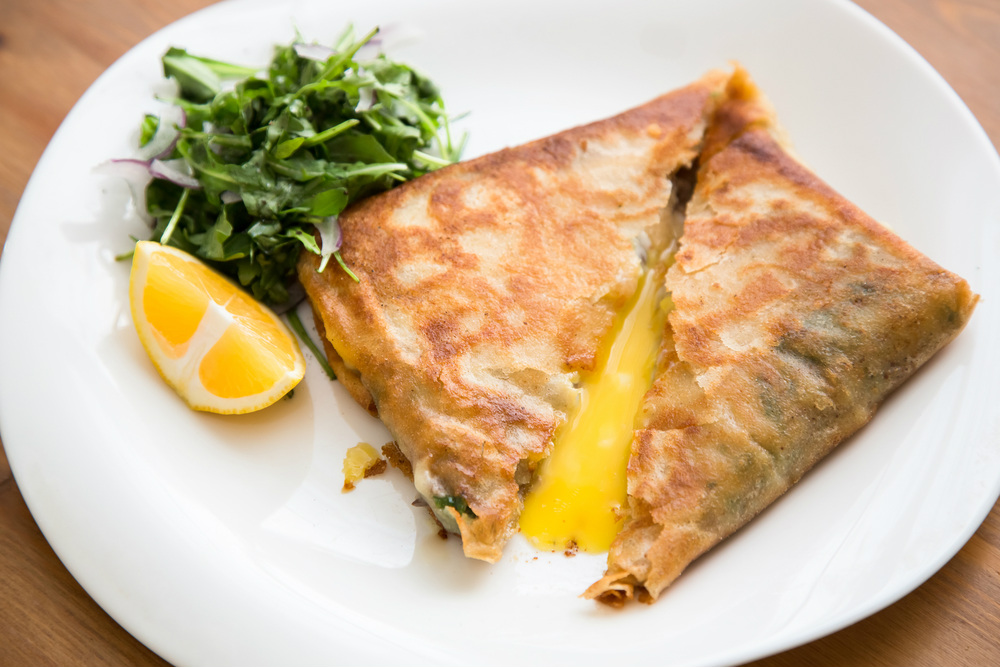 This warm and gooey pastry is a favorite in Tunisia. The outside is made of a yummy thin pastry that is similar to phyllo dough. The inside is stuffed with a combination of tuna, onions, harissa, parsley, capers, cheese, an egg, and whatever other ingredients happen to be around. You can find these greasy dishes at street stalls in Medinas throughout the country. 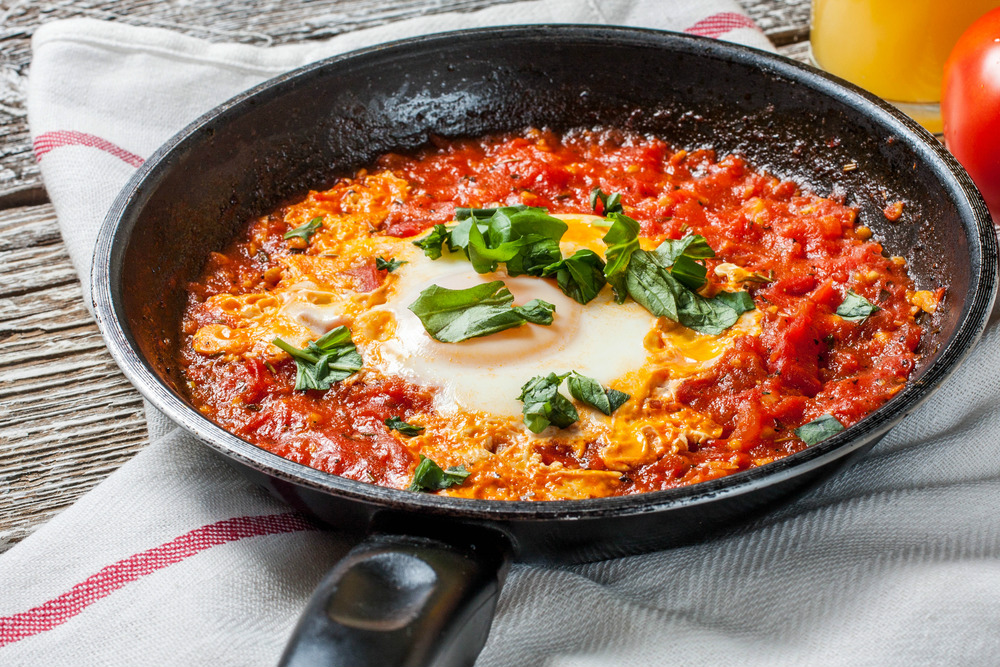 While this dish is popular throughout North Africa and Israel, it is believed to have been invented in Tunisia. It consists of poached eggs, hot chilies, onions, cumin, tomatoes and more which is thrown into a cast iron skillet and cooked to perfection. It’s normally served for breakfast but you can eat it anytime. 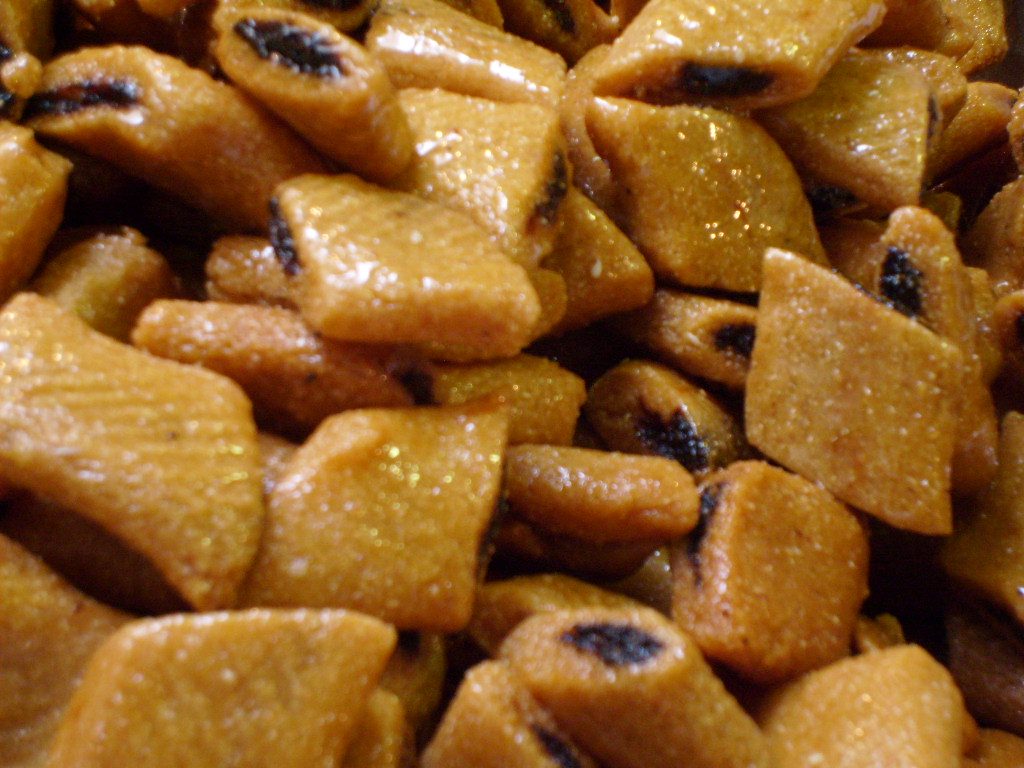 Walk through any Medina in Tunisia and you’re likely to find stalls with pastries stacked up as high as they can go. One of these delicious pastries that you’ll find is called Makroudh, a yummy snack made with semolina, dates, and almonds — all wrapped together then fried or baked. If you’re a fan of baklava or anything similar, be sure to go home with a box of these. 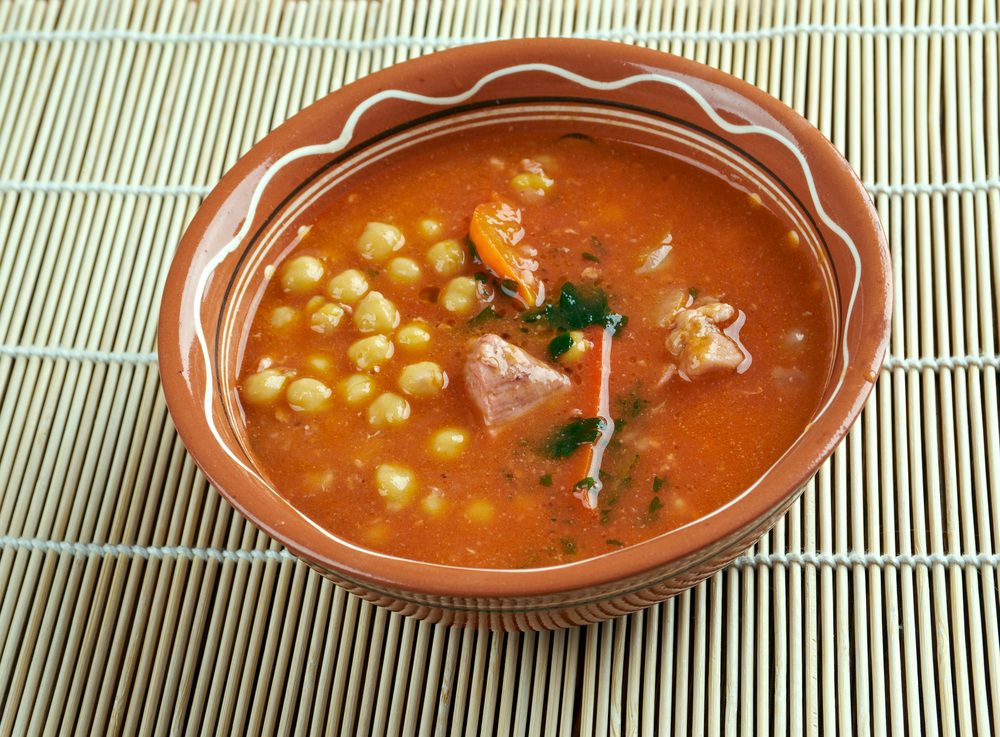 When it gets cold in Tunisia (yes it gets cold there in the winter), Tunisians love to fill their bellies with giant bowl of chorba. This hearty soup is usually made with a copious amount of barley, saffron, numerous vegetables, and whichever fish the chef chooses (usually sea bass or grouper). 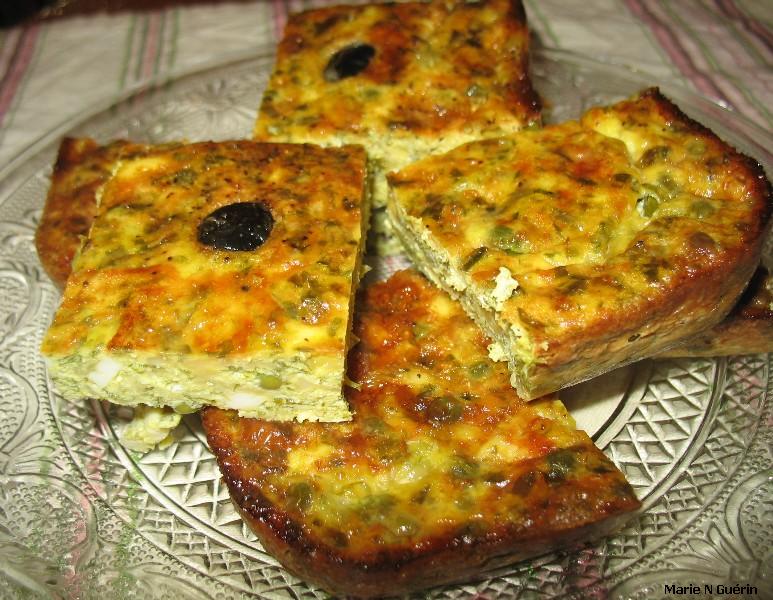 If you’ve had Moroccan tagine, the Tunisian version is nothing like it. The version in Tunisia is more like a quiche than a stew of meat and is made by using egg, starch and ingredients like cheese, spinach, lamb and tomatoes. If you like traditional quiche, you’re sure to love the Tunisian take on it. 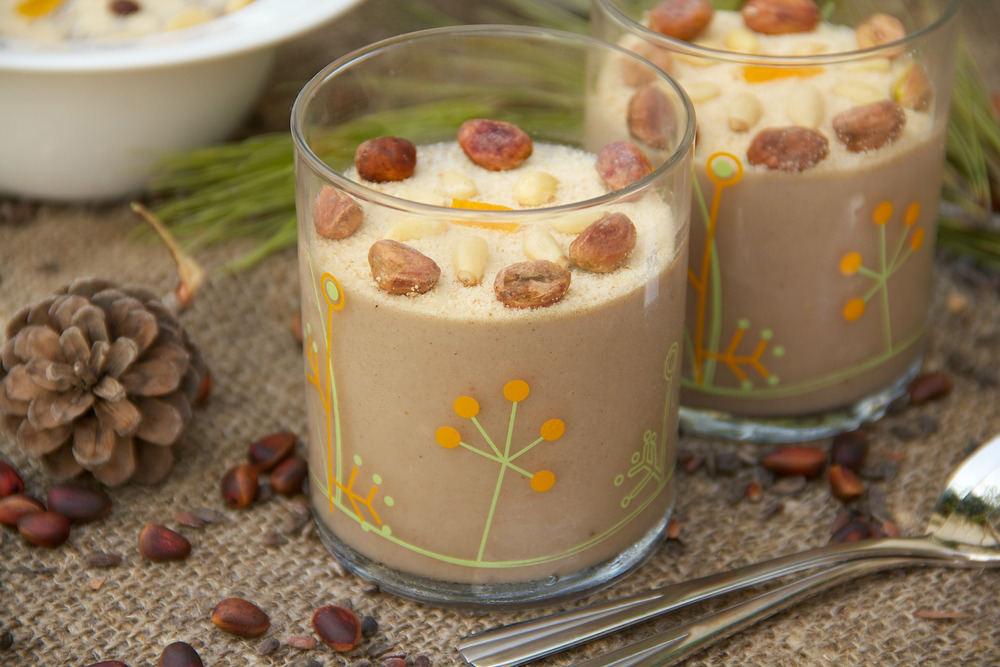 Ready for dessert? Tunisians are all about the sweets and this particular dish is one of the best. It’s made from sweet cream, pine nuts and dried fruit, and is served as a dessert during parties and the holidays. You’ll find it everywhere around Eid, so be sure to eat it while you can. 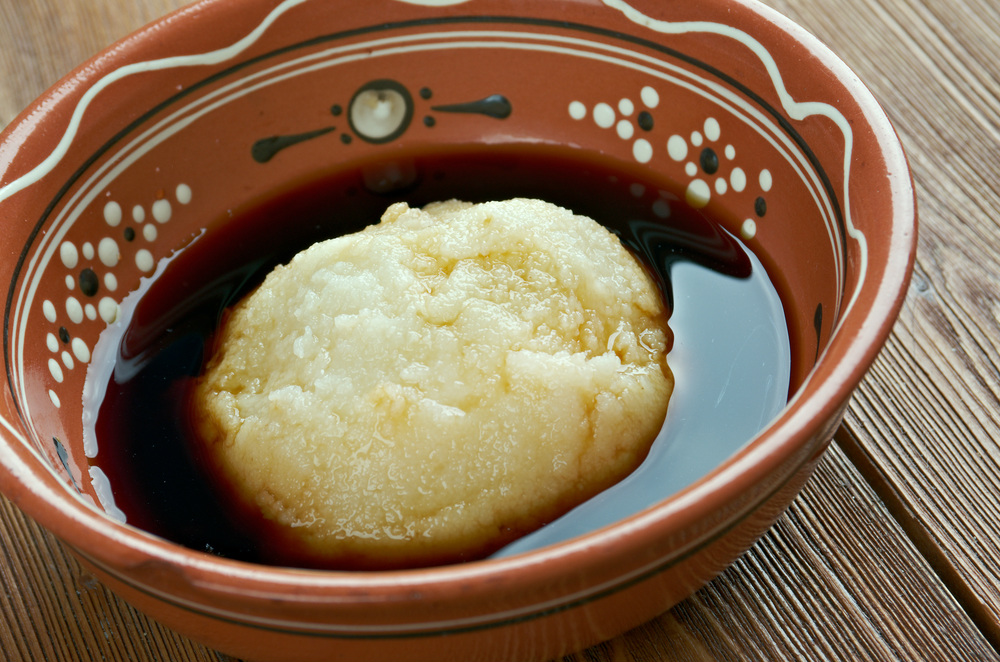 This is another yummy Tunisian sweet that’s similar to porridge. It’s made with a big ball of dough that’s often served with butter, honey or date syrup. People also do a twist on it and serve it with hot sauce, potatoes and onions for something more savory. It’s definitely one of the simplest dishes you’ll find, but also one of the most tasty.

Traditional Tunisia: 10 Festivals You Should Know About

A Photographic Tour Of Djerba, Tunisia

This article was originally published on November 6, 2015.