Egypt conjures up images of sand dunes, ancient architecture, and chaotic cities; it’s a culture that is foreign to most westerners. Which is why most people are vaguely aware that they will experience culture shock when they go, but they are not really clear on the specific customs and quirks that will trip them up. To help acclimatize you in advance of a future trip, here’s a list of 10 things that surprise foreigners about Egypt.

A pyramid from a street in Giza (Shutterstock)

The pyramids are super close to the city

Tourists might think they have to trek far into the Sahara desert to see the pyramids, but the great pyramids are right next to the city of Giza, which is part of the greater Cairo area. In fact, many think the city buildup has encroached too close to the historic areas and takes away from the vibe. Just frame your pictures correctly and you’ll be fine.

It’s less conservative than they thought

Many tourists have the idea that whenever you go to a Muslim country, that everybody dressed conservatively, especially the women. While this may true in some Muslim countries, it’s not the case in Egypt, which is quite modern, particularly in the cities of Cairo and Alexandria. You’ll probably find many women out wearing normal clothes and even skimpy attire at the night clubs. Of course, if you are traveling to small traditional towns or don’t know where you’re going, it’s best to err on the side of caution in your own dress.

Travelers going to Egypt’s historic sites are often surprised when they enter a bathroom and find no toilet paper inside — panic mode usually ensues. Instead, there is often a guy waiting outside that will try to charge you arm and a leg for just a few small pieces. Be smart and stash your own before heading out on an adventure.

They are surprised when people speak English…(or French, or German, or Italian)

In preparation for a trip to Egypt, many tourists spend some time with an Arabic book of popular terms to get around. However, when they get to Egypt, they find that most of the people speak English, and plenty speak other languages like German, French and Italian as well. It only takes a few words of broken Arabic for somebody to stop you and start speaking in English to you.

Where are all the people living in the desert?

Tourists might be surprised that there aren’t many desert oasis towns to explore in the country. There aren’t many large camel caravans wandering around either, or people living in tents for that matter. In fact, Egyptians only live in about 10% of the entire country, while the rest is effectively desert and underpopulated.

They can actually enter mosques if they aren’t Muslim

It’s often assumed that non Muslims can’t enter mosques while in Egypt. This isn’t exactly true, and both men and women can enter most of the mosques with a few caveats, like completely covering up, respecting the culture, and taking off their shoes.

You went on holiday to Egypt and think you are bringing home some cool new souvenirs. Think again. You could have just got those at home. Unfortunately, many tourist vendors in Egypt sell fake knock-offs that are made in Asia. However, in a recent change in April 2015, Egypt voted to ban fake Egyptian souvenirs coming into the country. This is a move in the right direction, but it’s not guaranteed to stop them.

You’re going to be tipping a lot

No, we aren’t talking about leaving a nice tip for your waiter at the restaurant. Tourists literally tip for almost everything. This includes hotels, guides, taxis, spas, bag holders, and even some guy just standing around. Needless to say, if you are obviously a tourist (which most people are), be prepared to tip.

They never get the local price

Work on your bargaining skills all you want, but tourists rarely, if ever get the same deal as locals for goods. While you can certainly lower a starting price somewhat, at the end of the day, they still know you are a tourist and will set the price floor higher for you. 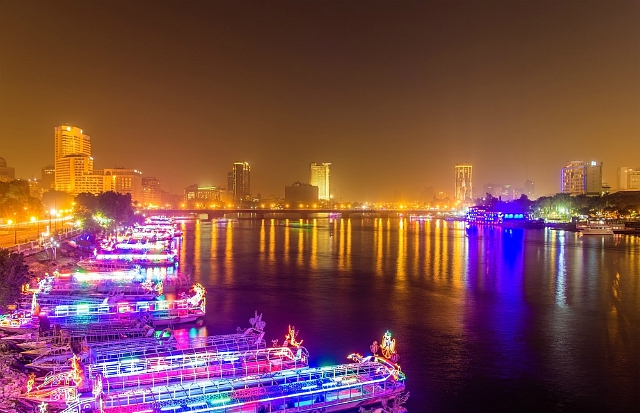 It gets cold at night

Many tourists might come to Egypt and only bring a few pair of shorts and t-shirts to walk around in, as they are expecting intense heat. While that is generally true during the day, once the sun sets, temperatures can drop in a hurry, especially if you are away from the cities. Be sure to pack a fleece and at least one pair of pants when you go.