South Africa has the largest rhino population in the world, so it’s fitting that there are loads of great places to see them throughout the country. And considering their large numbers, South Africa is also a prime target for rhino poaching, despite strong protection efforts. (There are numerous things you can do to help out here.) But if you want to see rhino in the flesh, you’ll have to get out there and explore. From the Kruger to the Karoo, here are 10 of the best places to see rhinos in South Africa. 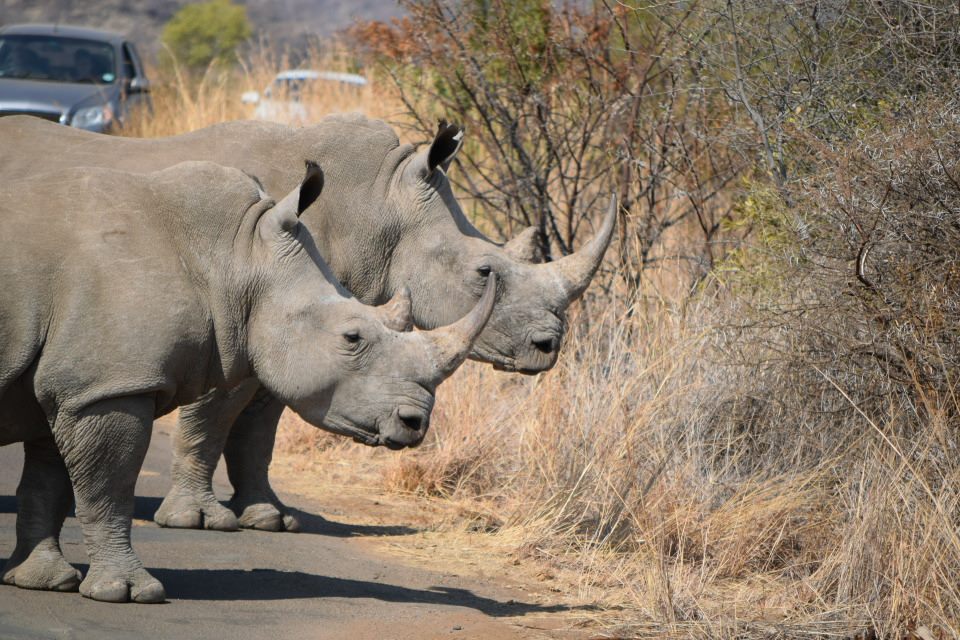 Rhinos crossing the road in Pilanesberg (Photo by Joe Kennedy)

For travelers heading to Joburg, Pilanesberg National Park might be the easiest get away to see rhino in their natural habitat. The park has plenty of black rhino, and most trips on a good day will end up seeing one. While much smaller than Kruger, it’s closer to Joburg and has a similar landscape to parts of the park. If you get up early enough, a self-drive day trip is doable from the city, and if one day isn’t enough, a stay at Kwa Maritane Bush Lodge is an excellent choice and provides its on safaris. The park is also malaria free. 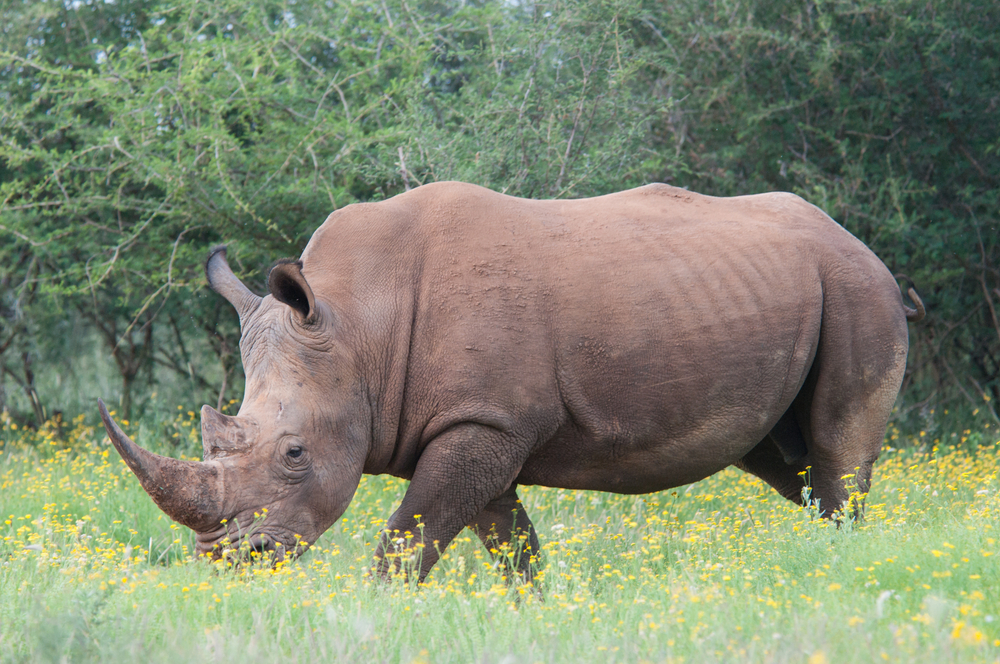 Like Pilanesberg, Madikwe is also malaria free and accessible to travelers going to Joburg. The park used to be farmland and was established in 1991 by bringing in herds of animals. You can find both white and black rhino in the 750 square kilometer (the fourth largest in South Africa) park, and spotting rhino there is extremely frequently. Eventually, Madikwe and Pilanesberg will connect via a protected area so animals can go freely between them.  If you’re in the area, you can easily cross over into Botswana and explore Gaborone, too. 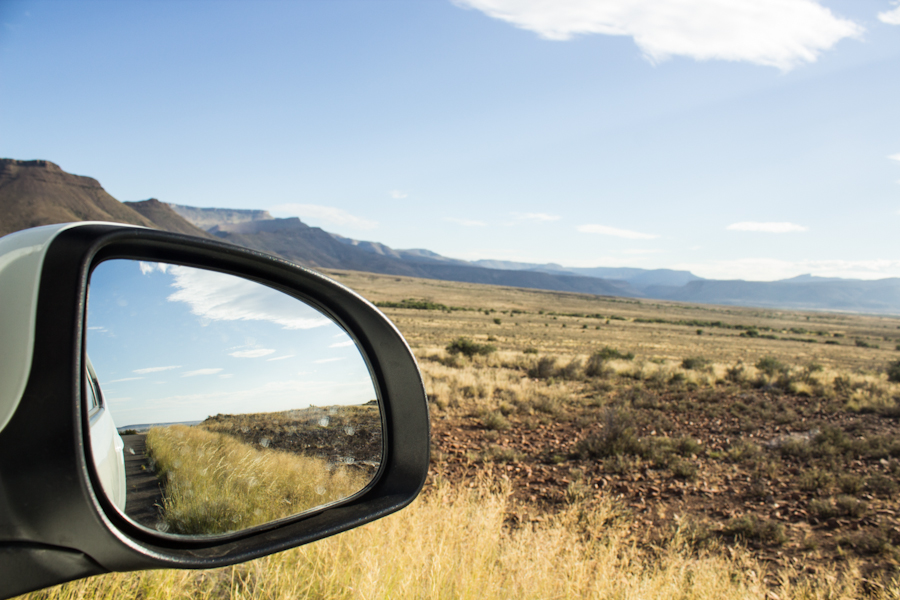 Located in the Western Cape, Karoo national Park is one of the few spots Capetonians can go to see rhino in their neck of the woods, so it’s worth mentioning. The park serves as a sanctuary for plenty of animals, including black rhinos, though you won’t find as many here as other places in Africa. But if you need somewhere to go for the weekend, at a five hour drive, Karoo makes a nice destination.

If you’re traveling to Durban, there are a few options to see rhinos on a weekend road trip, and Phinda Game Reserve is one of the top options. Located just outside of Isimangaliso Wetland Park by the coast, this park is known for its concentration of wildlife, including both white and black rhino. There are only a few exclusive lodges in the area, making it an ideal place to see rhino without lots of traffic from other vehicles. 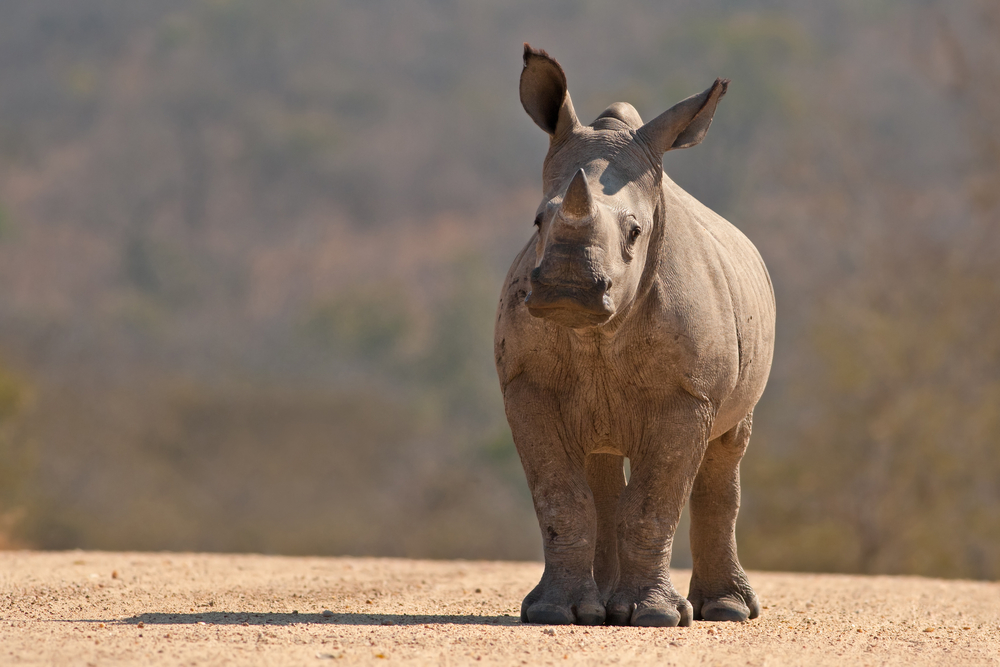 Kruger is the big one, the main draw, the heavyweight fighter, and a laundry list of other superlatives. It’s a primary reason that many travelers come to South Africa in the first place, and for good reason. It’s also the largest game reserve in the country, with plenty of rhino. White rhinos are seen on most game drives as there are so many in the park. There are also black rhino throughout the park, but they are a bit harder to spot. If you’re up for it, try to schedule a bush walk where you can track rhino on foot.

Located just outside of Kruger, Sabi Sand is just as good to spot rhino as the giant park itself. In fact, there are no fences between the reserve and Kruger, so rhino are able to roam freely between them. The reserve is also home to some of the best luxury lodging in the country. You’ll often find rhino coming down for a drink in the Sand and Sabie rivers, but they can of course be spotted anywhere in the park you might venture. In the future, the park will be enlarged with protected areas in Mozambique and Zimbabwe. 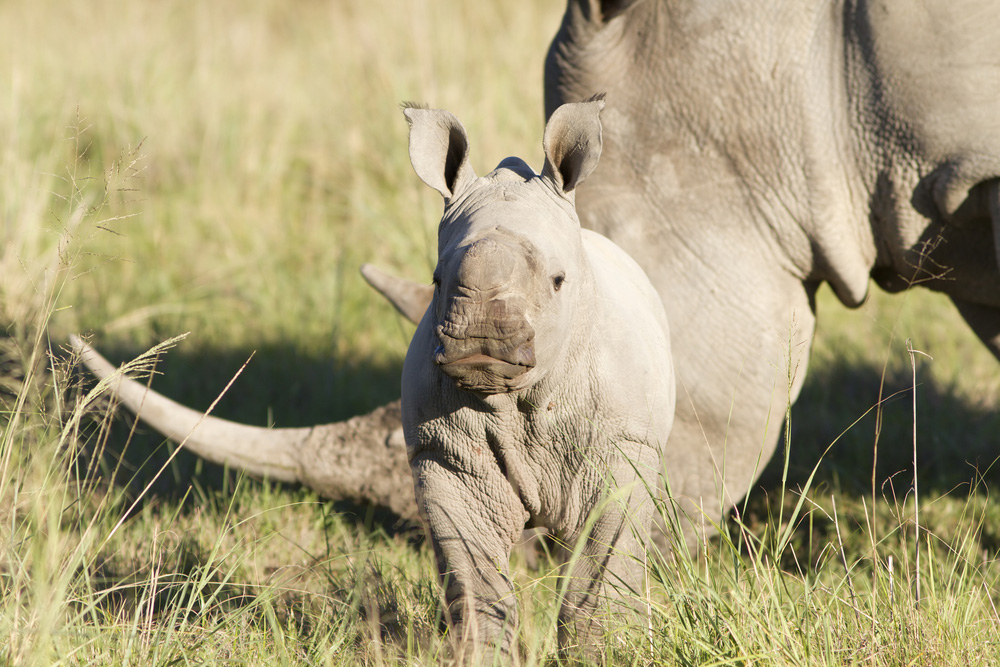 Located just outside of Port Elizabeth, Shamwari Game Reserve seeks to create an environment that’s similar to what the Eastern Cape used to be like before the last rhino were killed. There are numerous rhino in the park, and while there, you can also visit the Ian Player Rhino Awareness Centre, which gives information and education about rhino poaching in South Africa. If you can’t make it to Shamwari, the nearby Amakhala Game Reserve has rhino as well.

Located in the gorgeous Waterberg mountains, Marakele National Park has a fantastic variety of wildlife, including a good population of rhino. Herds of white rhino roam through the park, and the incredible scenery of the area makes for fantastic photos. If you have the proper vehicle, you can take on the 4×4 Eco Trail, where groups of five vehicles can go on an excursion and stay overnight at undeveloped camp site. 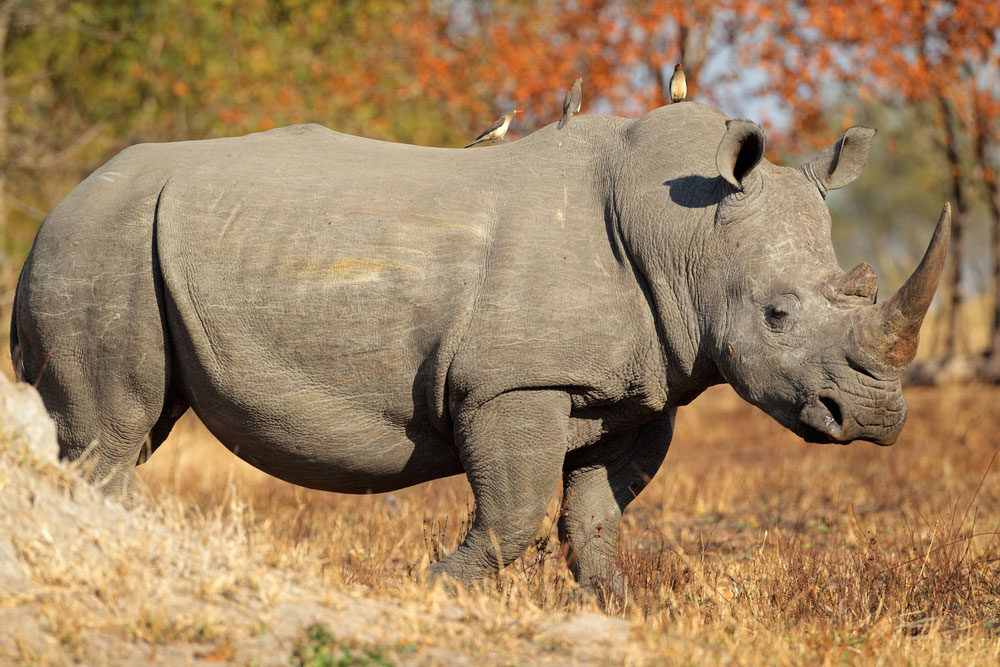 This park is the only South African run park in KwaZulu-Natal where all of the big five are found — that means rhino (both black and white). In fact, the park has the largest population of white rhino in the world. The park is also one of the oldest in Africa, and the first visitor camp was built back in 1934. It’s only a few hour drive from Durban, making it an easy getaway for visitors who want a little beach time with their safari. 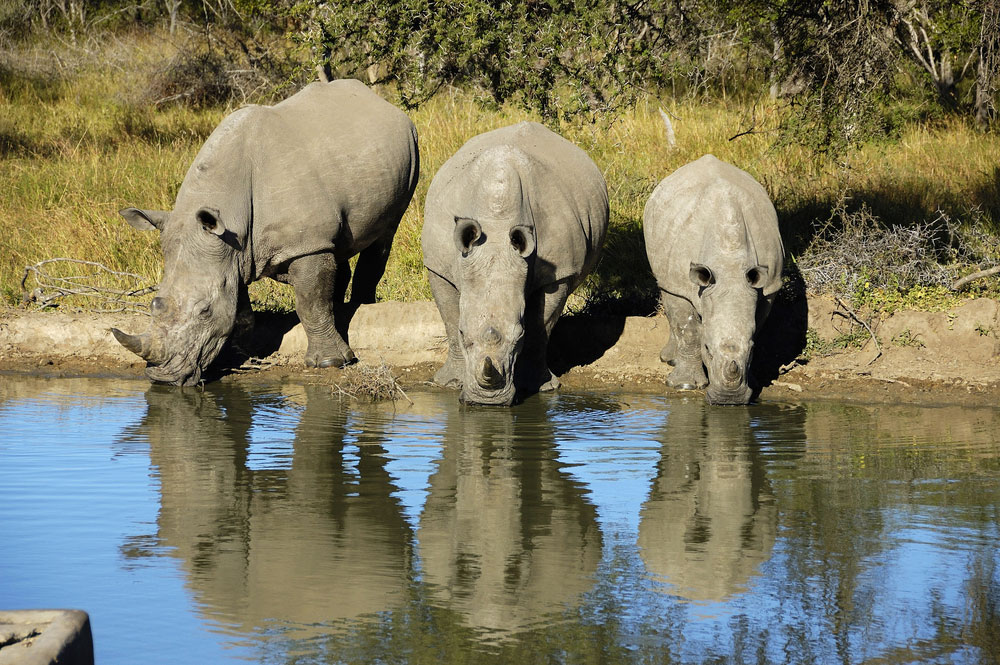 Given the name, most people come here to see elephant (600 inside), but the park has plenty of rhino as well. Close to 50 endangered black rhino reside in the park, along with the other members of the big five.  You’ll also have lots to explore inside, as its the third largest in the country. There are eight safari camps within the park, and over 100,000 visitors come each year to see the fantastic wildlife.