Hurghada is known by most travelers as a world class beach resort with some of the best sun and sand in the world. But the city has plenty more to discover than just laying on the beach all day — of course, there’s nothing wrong with that either. From day excursions, to scuba diving, to shopping for spices, here are 10 fun things to do in Hurghada, Egypt. 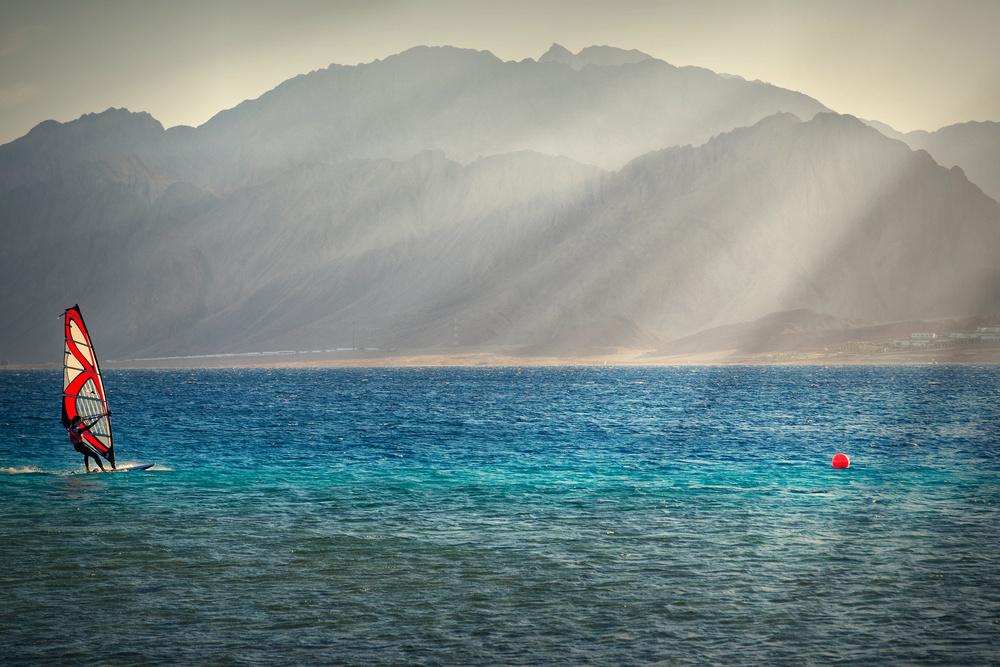 Windsurfing on the Red Sea (Shutterstock)

Take to the sea and go windsurfing

Sure, you could go windsurfing almost anywhere there is water, but few places in the world have the combination of sunny weather and cool breezes like Hurghada. Fortunately for most vacationers, the best time of year to go are the summer months between July and September, though any time of year will have some decent winds. 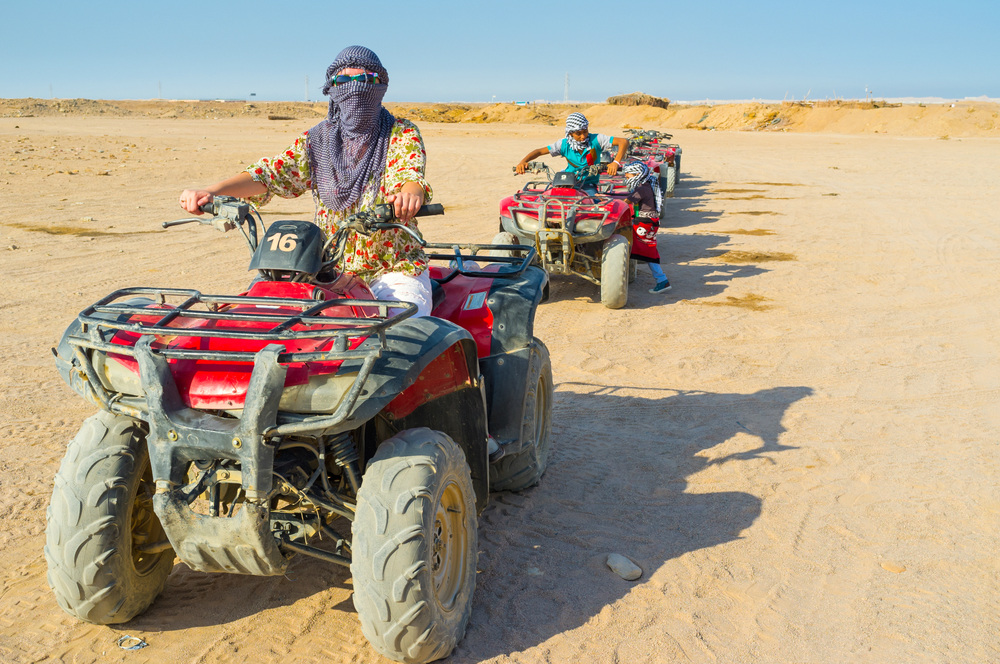 Go quad biking in the desert

Head beyond the city to the gorgeous eastern desert to explore some of the most scenic landscapes in Egypt. There are several tour companies in the city which offer affordable getaways. While out there, most companies let you smoke a little shisha under the desert sun or enjoy some spiced chai. 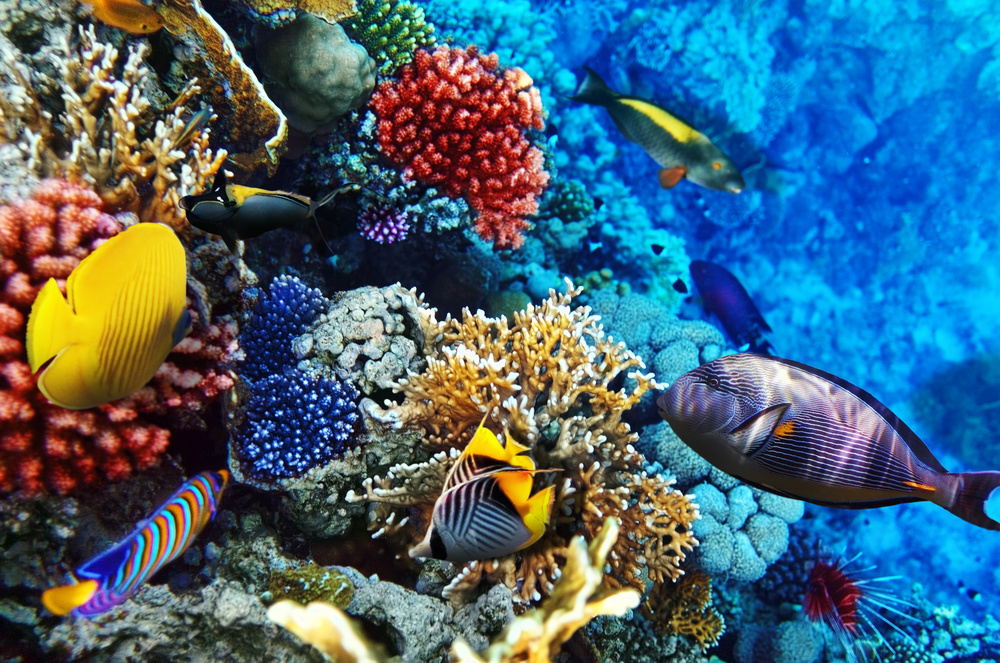 Coral and fish in the Red Sea (Shutterstock)

Venture under the sea and go scuba diving

Next to the beach, scuba diving is one of the top priorities for many travelers visiting the Red Sea resort city. There are almost too many places to choose from in the area, and no matter where you go you’ll be able to see loads of tropical fish. Some of the more popular places to go include the wrecks of El Mina and the Salem Express, along with the reefs of the Giftun Islands. If you don’t want to throw on all that gear, there are plenty of snorkeling options, too. 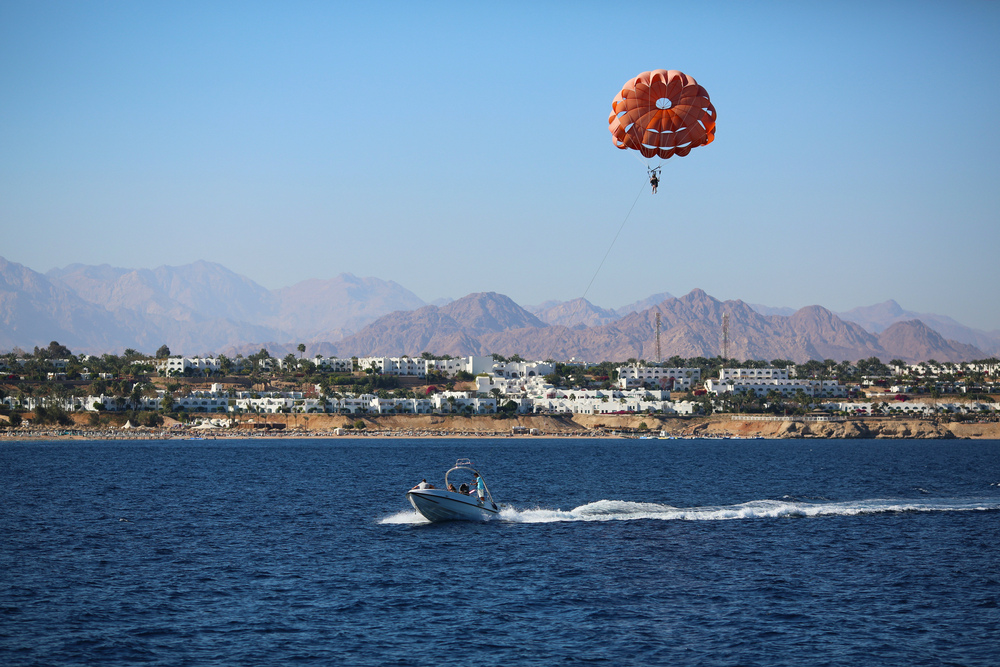 Get up in the air and go parasailing

Parasailing is without a doubt one of the most popular activities in Hurghada and despite what it looks like, you don’t need to be athletic or experienced to do it. You’ll be able to see through the crystal clear water from above, as well as get tremendous views of the mountains and vast eastern desert that surrounds the city. Most of the resort hotels will be able to set you up with a trip, and there are plenty of activity charters in the city if your hotel can’t offer it.

See some fish at the aquarium

You don’t have to go scuba diving or snorkeling to see fish in Hurghada. Instead, take a trip over to the Hurghada Grand Aquarium, which opened in January 2015. While there, visitors can go through an underwater tunnel and see over 1,200 different species in the elaborate tanks. It’s the perfect option for children or those that aren’t quite ready to get down in the water. 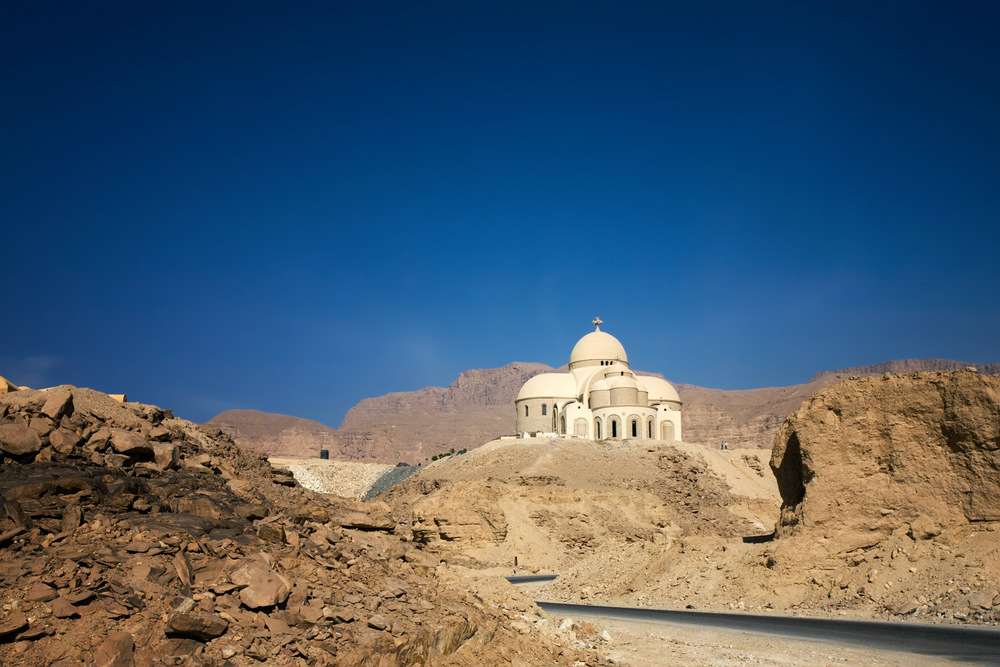 Take a day trip to the monasteries

There are several interesting monasteries to visit as a popular day trip from Hurgahda. The first one you should check out is St. Paul’s, which contains a great collection of old texts and paintings. Make sure to stop next door at St. Anthony’s as well, which houses over a thousand manuscripts and an equally interesting collection of paintings.

To see some of the most incredible sand sculptures in the world, it’s a must to head over to Sand City. Visitors will have the opportunity to see 42 large sculptures and 17 reliefs made by local artists. The shopping area around it is a bit kitsch, but viewing the sculptures is well worth it. Here is a taste of what you’ll see there.

Cool off in a waterpark

With temperatures that can reach up to 110F (43C), what better way to beat the heat than to cool off in one of the cities numerous water parks? Chill out in the water, go down some twisty slides, or dive through waves in the wave pool. Just don’t forget the sunscreen. Some of the better options to go to include Makadi Water World, Jungle Aqua Park, and Sindbad Aqua Park. 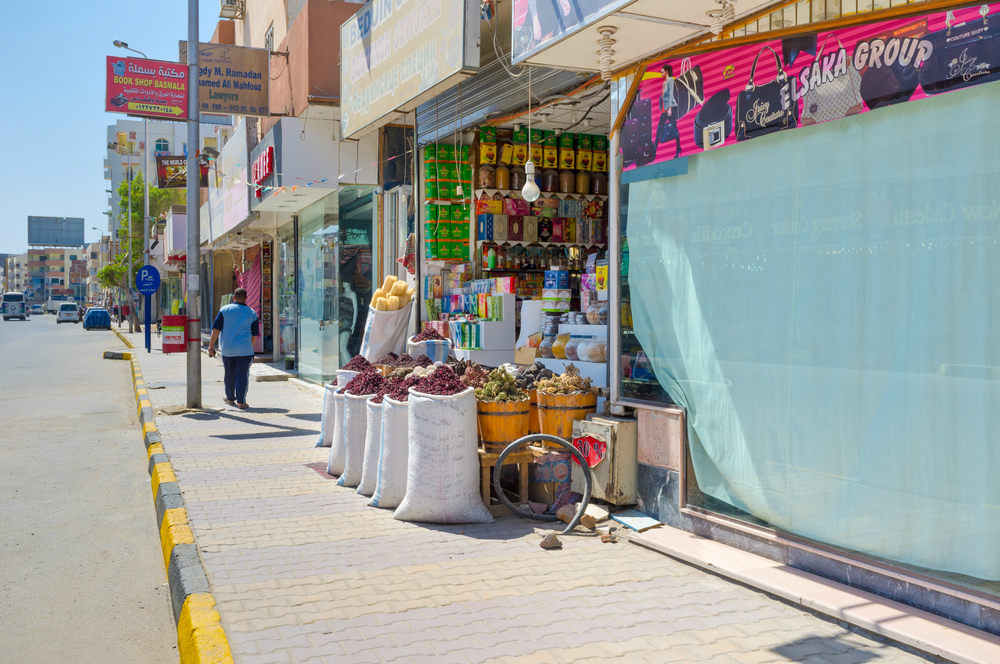 The city is full of shops selling exotic spices and other delicious food. Take a walk past the bazaars down Sheraton Street to experience more of the city while shopping. It’s a tad touristy, but it’s safe, and you can get pretty much everything you would want there. 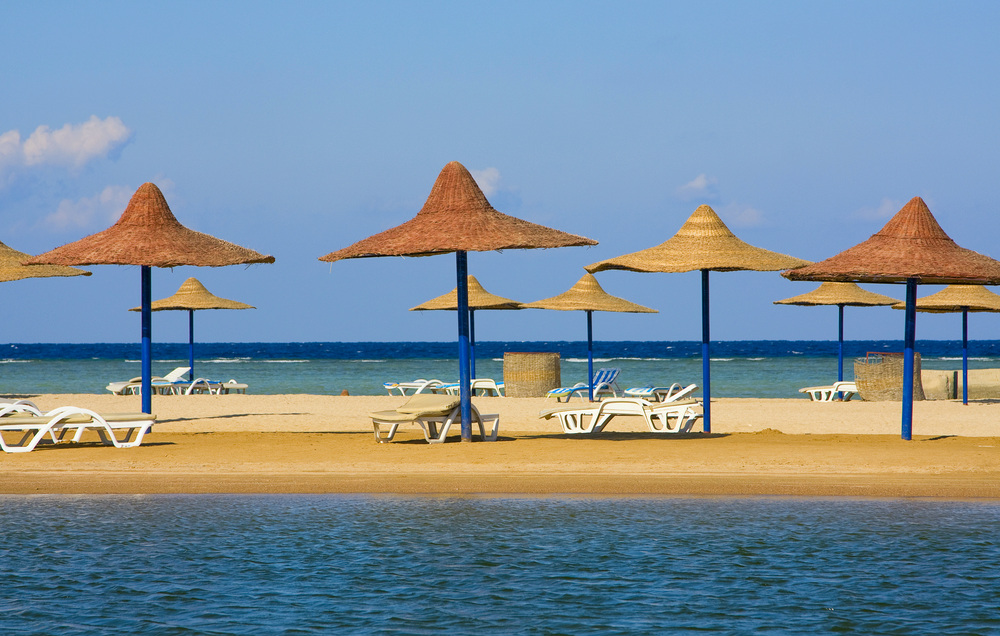 Straw umbrellas on a beach in Hurghada ( Shutterstock)

Spend all day on the beach

Yes, this is the thing most people came to Hurghada for — the blissful beaches everywhere you look! While many of the resorts in the city will have their own private beach, there are also some others worth discovering just outside the city, including the Giftun Islands and Sharm El Naga.