Burundi isn’t on many travelers lists, in fact, it’s one of the smallest and least visited countries in Africa. But that doesn’t make it not worth visiting, as the country of over 10 million people has incredible landscapes and parks to explore, just like its neighbors Tanzania and Rwanda. Here are 6 attractions that nature lovers should seek out in Burundi. 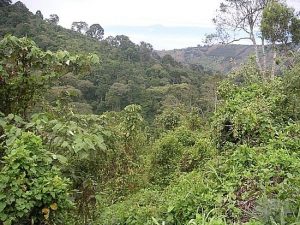 Kibira is one of the largest of the National Parks in Burundi and possesses the greatest amount of untouched land in the country, mostly made up of forests and jungles. No tourists visited the park for years due to the war in the area, but they have been going for the last several years now. While in the park, visitors can spot plenty of birdlife, chimpanzees, baboons, black colubus, and more. For hikers, there are over 100 miles of trails to hike and explore, though you should hire a local guide. There are also wooden bridges that traverse the park at points, giving you fantastic views of the forest below. 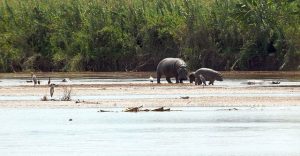 Also known as Parc National de la Rusizi, this park is one of the easiest to get to in Burundi and is located just a 30-minute drive outside the town of Buj. The entrance to the park is the mouth of the Rusizi River, which opens up into the next spot on our list, Lake Tanganyika. It’s a good place to spot wildlife, especially hippos and crocs, so be careful if you plan to walk around. Birdlife is rather abundant in the park as well, and you can sometimes see monkeys swinging through the trees if you’re lucky. 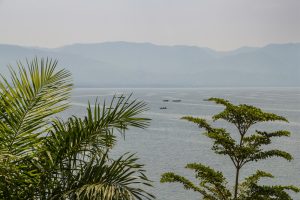 Lake Tanganyika borders several countries and is part of the chain of African Great Lakes. It’s the second largest freshwater lake in the world, and also the longest. The shores are littered with beautiful beaches and easy places to set out on kayak for a day. As you can imagine, there are plenty of water activities to do here. You could easily spend a week or more exploring the area or laying on the beaches to soak up the sun. Ferries regularly run from Tanzania, so you can catch one from Kigoma that will take you right into Bujumbura and head out from there. If you’re up for a beach day, head to Saga Beach, an area with gorgeous white sands and plenty of resorts and bungalows to crash in.

Located in the Bujumbura province, Mount Heha is the highest mountain in the country and easily visible from the east side of Lake Tanganyika. It rises over 9,000 feet (2,750 meters) into the air, making it quite a challenging hike. The best way to go is by hiring a driver and guide from Bujumbura and having them take you. Once you get there, you can also hike other areas of the Burundi Highlands mountain range. For those that want to amp up the adventure, you can cycle through the area as well. 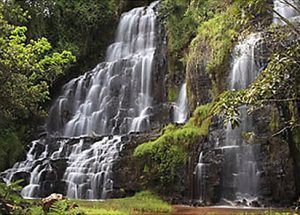 The Chutes of Karera are definitely one of the most magical things to see in the entire country. Cascades and waterfalls tumble down the rocks in the middle of a dense forest. The pools at the bottom of the waterfalls are even safe to swim in, so bring your bathing suit. There are several trails that go around the falls, and you can easily hike up to the top for a view from above. Like other places in the country, you’ll need to hire a guide or transport from Bujumbura to get there. To see Chutes de Karera at its peak, make sure to go during the rainy season between October and February. 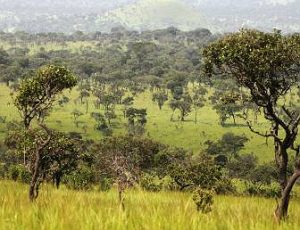 If you want to get away from it all, Ruvubu is the place to go in Burundi, as there are no humans that live in the area whatsoever. It’s also close to the border of Tanzania, so you can easily check out both countries if you’re exploring the region. The park is located along a large stretch of the Ruvubu River and is home to quite a bit of wildlife, including hippos, crocs, and leopards. Camping facilities were recently added to the park, allowing for adventurous visitors to spend more time there.