One of the famed Big Five, leopards are one of the most popular animals to spot on safari. Unfortunately, they’re also one of the hardest to see. Here are 10 things you didn’t know about African leopards, from the strange sounds they make, to their extreme agility. 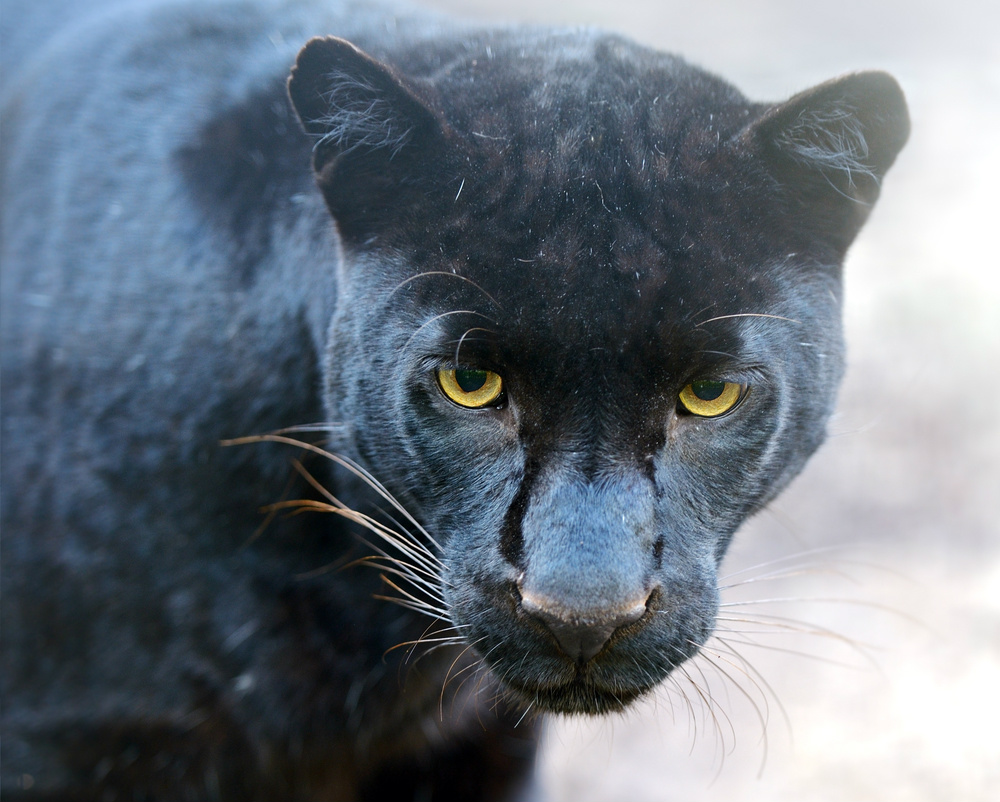 There are black leopards

Not to be confused with panthers, there are also black leopards. However, black leopards have rosettes (a rose like formation on the fur) while black panthers are completely black.

They are born blind

When leopards are born, they are completely blind, thus dependent on their mothers for care. It’s not until almost two weeks later when their eyes finally open up. The eyes are a radiant blue for the first few months before changing color.

They are the strongest big cat

When it comes down to it, leopards are stronger than lions and all the other big cats. However, this is just on a pound for pound basis, a big lion could still probably take them — think of it like boxing. Male leopards can carry animals three times their weight through the grass, and even up into a tree (their preferred hang out spot). This includes much bigger animals like giraffe. 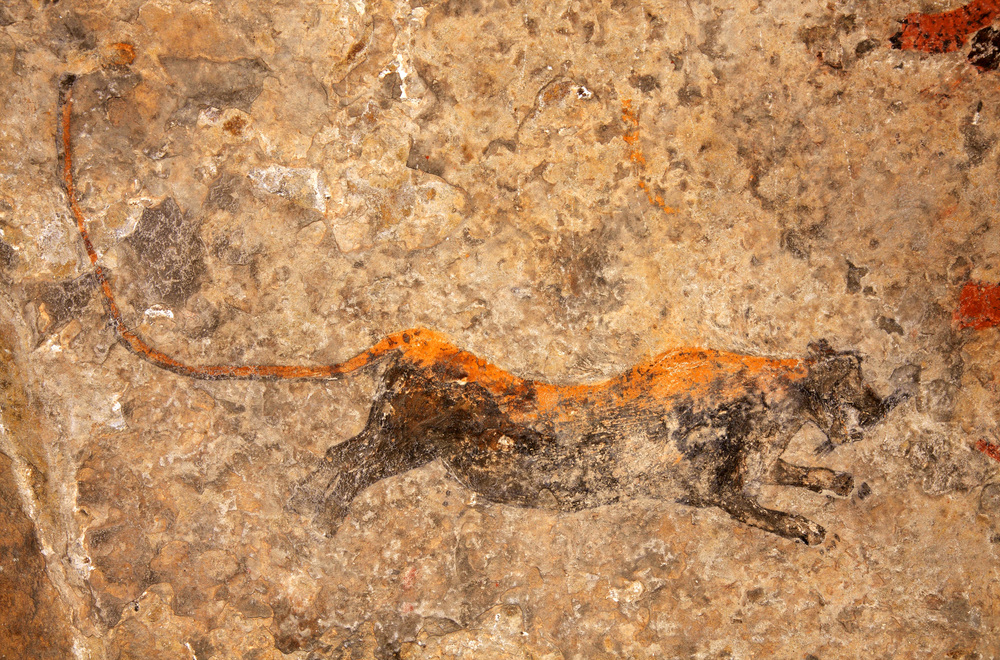 They are thought to heal the sick

This is of course false, but some African tribes think that the bones of leopards can heal the sick. Unfortunately, many leopards are killed each year for this — a contributing factor to why leopards are endangered.

When leopards call out to each other, it’s called rasping. The sound is rather deep and lets other leopards know that they are around. Be aware if you happen to hear the sound in the bush. However, when the leopard is happy, it makes a purring sound much like a house cat.

They mate a long time

When leopards mate, they can do it continuously for around a week at a time. Some have been known to mate for up to a month. Sounds tiring. 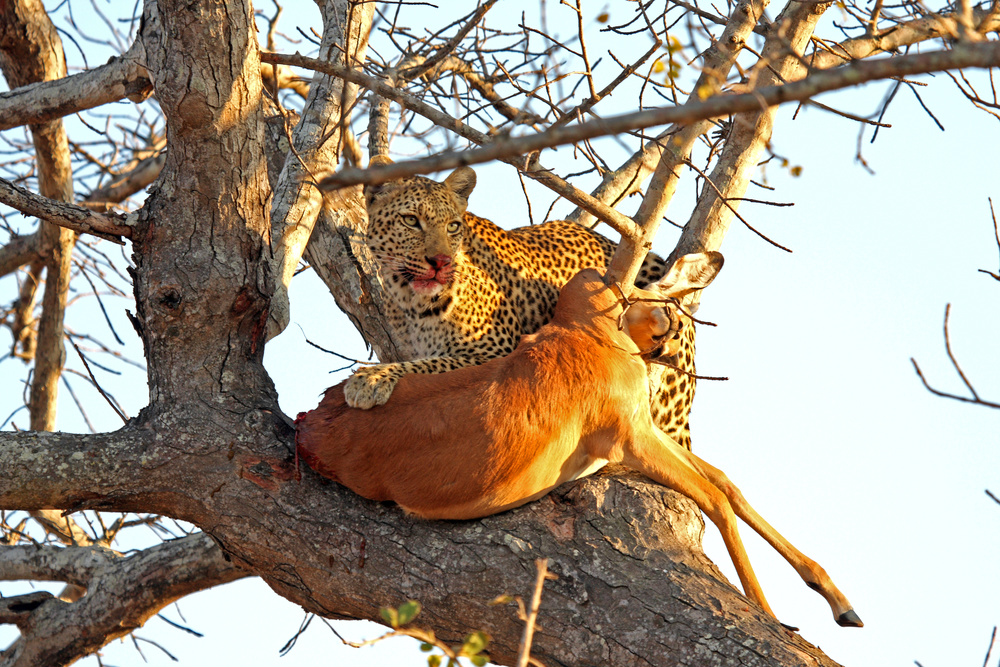 They eat almost anything

Leopards aren’t exactly picky eaters and indulge on a wide variety of food to get their nutrients. They have been known to eat fish, zebra, impala, porcupine, warthog, wildebeest and most reptiles under the sun.

They are incredibly agile

Leopards are known to be adaptable to a diverse amount of terrain. They can easily swim through water carrying prey like crocodiles, easily carry antelope into trees, run at close to 60 km/hour, and jump up to three meters into the air. 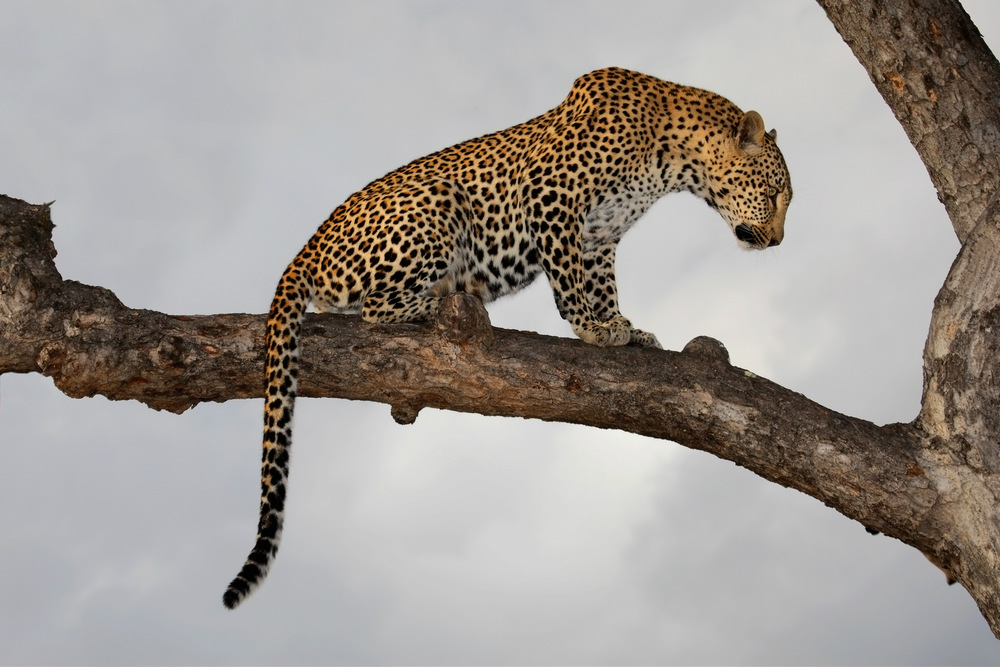 The tail is almost as long as its body

A leopard’s tail extends almost the entire length of its body. The tail helps with its extreme sense of balance and also lets the leopard turn corners on a dime when chasing animals.

They are mostly loners

For the most part, leopards are solitary animals and roam over large territories. Male territories also tend to be larger than females and overlap. While males don’t like other males entering their territory, sometimes they seem to let it happen anyway. They are also known to mark their territory with claw marks on trees to warn others to stay out.