Considering Cape Town’s diverse cultures, heritage and history, it should come as no surprise that Cape Town is home to a number of excellent and educational museums. But if you’ve got limited time and want to hear the lesser-known stories of The Mother City, skip the long queues, crowded spaces, and selfie sticks at the mainstream museums, and head to these undiscovered museums in Cape Town, all located within the inner city. 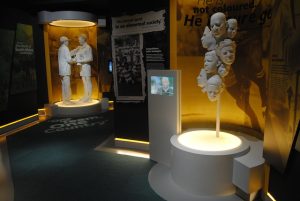 A historic moment captured in a life-size model between Nelson Mandela and Francois Pienaar at 1995 Rugby World Cup which South Africa won. (Photo courtesy of The Springbok Experience)

After uniting South Africa in its post-apartheid Rugby World Cup win, the Springboks — the South African national rugby team — became the country’s pride and joy. The Springbok Experience Museum highlights the history of the sport in South Africa in an informative and entertaining way. With 64 audio visual monitors and computer screens, the museum, located at the popular V&A Waterfront, is worthwhile for rugby aficionados and families alike. The best part about this museum is the interactive Springbok trials skills tests where you can find out how good your rugby chops are.

Entry fee: Adults R65, and scholars and pensioners R40 (adult tickets include a complimentary beer from a nearby restaurant)
Operating hours: 10am to 6pm
Address: Portswood House, V&A Waterfront 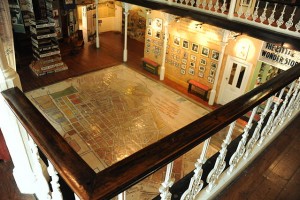 At the foot of Table Mountain are the remnants of what was once the District Six neighborhood — a mixed race community home to freed slaves, merchants, artisans, labourers and immigrants. The vibrant area quickly became a target for the apartheid government’s Group Area Act of 1950, and on 11 February 1966 it was declared a white-only area. Over 60,000 people were removed from their homes and moved to the barren Cape Flats, while their houses where demolished. To this day the area where District Six was stands mostly empty with only a few apartments having been built in the last 49 years.

The District Six Museum was established in 1994 to keep the history of this dynamic area alive through stories, visuals and artifacts. The museum offers excellent guided tours by ex-residents of District Six who not only offer interesting facts about the area, but also share their personal experiences. If you are also interested in learning more about apartheid and forced removals, then this museum is the ideal place to do so.

Entry fee: R30 for a self-guided tour, R45 for a guided tour, R5 for South African and African students, and R15 for international students.
Operating hours: Monday to Saturday from 9am to 4pm, and Sundays by appointment only
Address: 25A Albertus St & Buitenkant Street 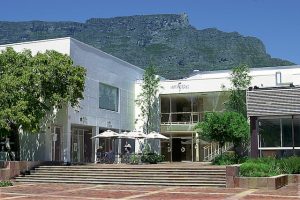 The Cape Town Holocaust Centre, the first museum dedicated to the WWII-era tragedy, opened in 1999. It houses permanent exhibitions that aim to educate visitors on the history of the Holocaust through text, photography, film, multimedia and 3-D recreations. The exhibition also includes sections on the pseudo-science of race, the roots of antisemitism, and the institutionalised racism of apartheid. Visitors can see photographs and a 20-minute documentary that tell the story of the survivors of the Holocaust who made Cape Town their home.

Entry fee: Free
Operating hours: Sunday to Thursday from 10am to 5pm, and Fridays 10am to 2pm
Address: 88 Hatfield Street 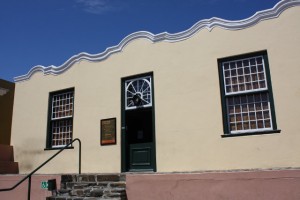 With its cobblestone roads, brightly coloured houses, and calls to prayer echoing through its streets, Bo Kaap — a mostly Muslim area of Cape Town — is one of the most beautiful and historic. Once home to freed slaves after the abolition of slavery, is is now a place where evidence of local Islamic culture and heritage can be seen on every corner. The Bo Kaap Museum, situated on the slopes of Signal Hill, was established in 1978 as a place where visitors can learn more about history of the Muslim community from the 19th century to the present. 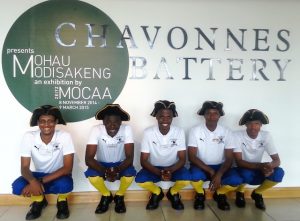 With international art exhibitions and a historical walking tour, the Chavonnes Battery Museum has plenty to offer its visitors. Discover the original Cape Town shoreline that has been buried for over 300 years under the Cape Town docks. Visitors can opt to see this amazing archaeological find by guides dressed in 17 century VOC soldier costumes. The museum also runs the two hour official V&A Waterfront Historical Walking Tour which showcases some of the oldest parts of Cape Town.

Operating hours: Monday to Sunday from 9am to 4pm 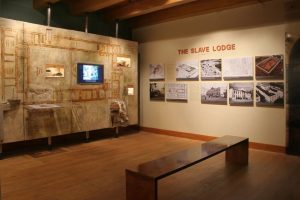 The Slave Lodge is housed in one of the oldest buildings in Cape Town, which at different times was home to government offices, the Supreme Court, and the South African Cultural History Museum. The lower levels of the museum feature a permanent exhibit which explores the long history of slavery in South Africa, while the ever-changing temporary exhibitions address awareness of human rights. Rent a headset and take a guided audio tour of the museum, which will give you an in-depth insight into slavery.