While most people are aware that penguins live in Antarctica (due to numerous documentaries and movies), many don’t know that the lovable birds also exist in Africa. These penguins are some of the cutest creatures on the continent, but also happen to be endangered; they used to thrive, but their population has dwindled due to human encroachment and other factors. Here are 10 things you didn’t know about African penguins. 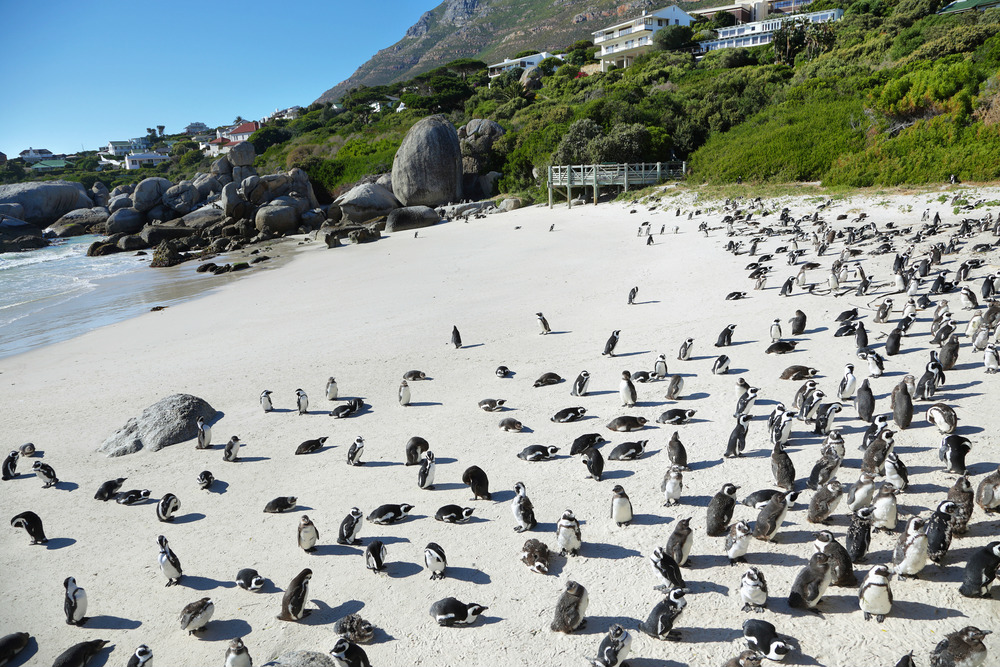 They are only in Southern Africa

African penguins primarily live and breed on the coasts of South Africa and Namibia, but have been known to migrate all the way to the southern tip of Angola and up to Central Mozambique. There used to be over 4 million of them, but they are now endangered, with only around 25,000 breeding pairs left in the wild. 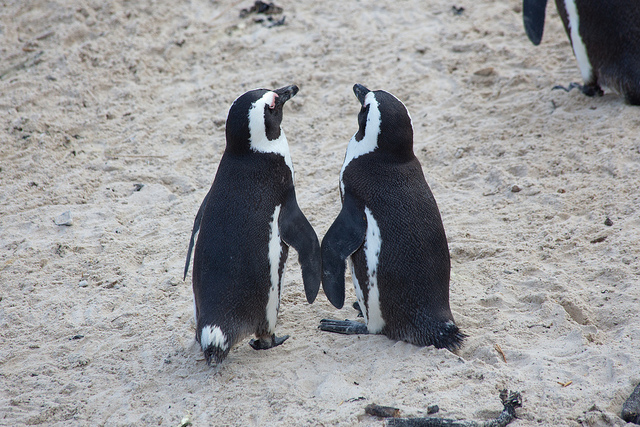 Like other penguins around the world, African penguins are monogamous and stay in the same relationship for years after nesting. When its time to have more chicks, they often return to their original nesting site, too. 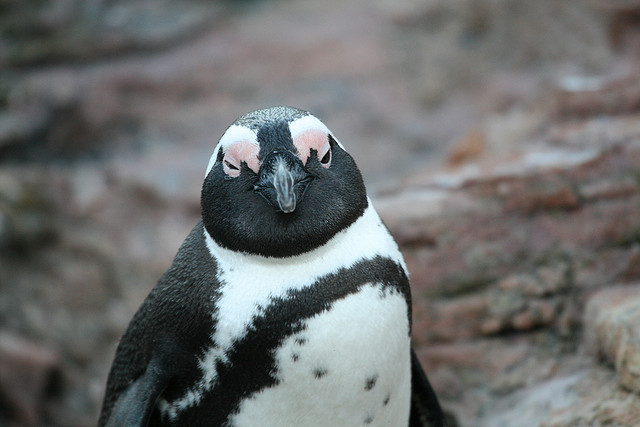 No, they aren’t called jackass penguins because they ditched their friends at the mall. These creatures get their name because of the noise they make that sounds similar to a donkey. 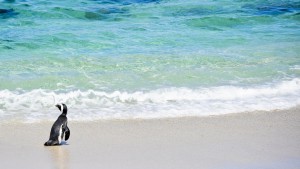 Their spots are unique

Every African penguin has a slightly different pattern of spots that is used for identification in large groups. The patterns work very similar to every human having different fingerprints. 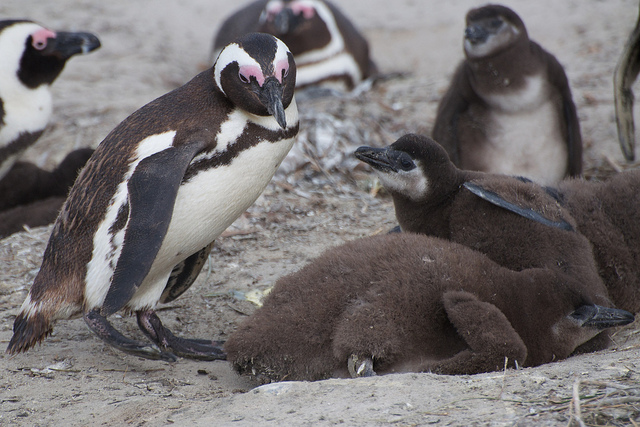 Both parents help raise their young

Raising little penguins is a family affair. The parents of African penguins do their part by sitting on the nest to incubate the eggs and protect them from the sun. They also both help out in feeding the newborn chicks. 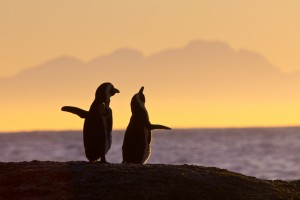 Females and males can’t be distinguished

Despite having different stripes, there are no external features that distinguish which penguins are male and which are female. At aquariums and zoos, a blood test is used to determine their sex. 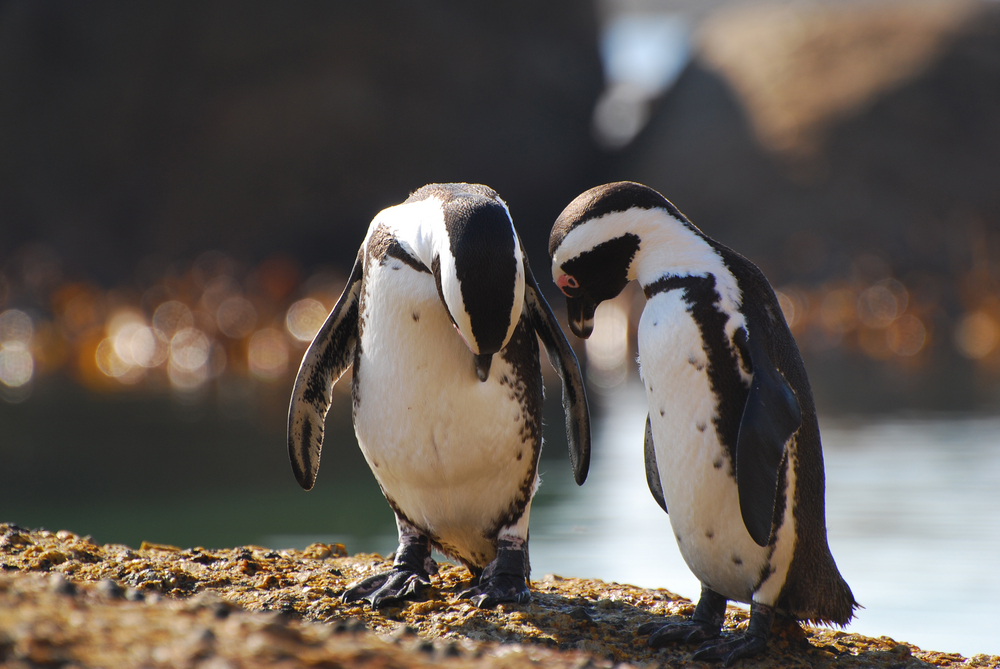 They can live up to 40 years old

The oldest African penguin ever recorded lived to be 42 years old, and there is another one currently in captivity that is 40. However, in the wild, these birds tend to only live around 10-20 years. 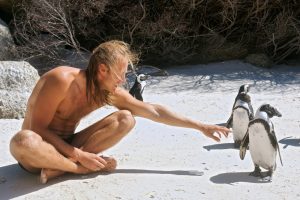 Humans are their biggest threat

No, not that guy above, but you get the idea. While many animals including leopards have been known to prey on these little guys, humans remain their largest threat due to hunting. Oil spills, commercial fishing and habitat encroachment are the main culprits in modern times. 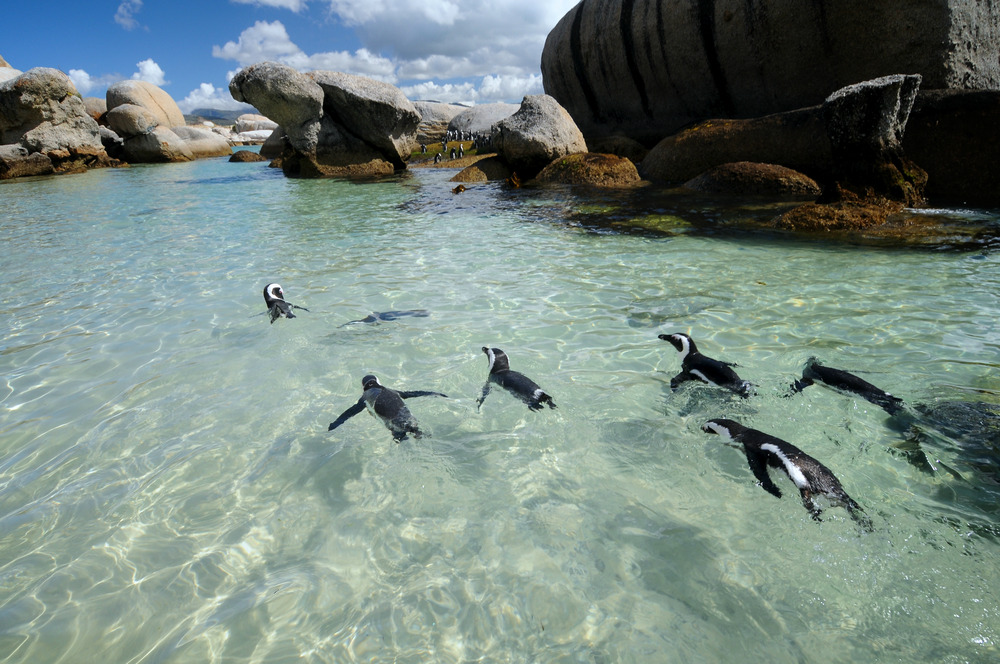 They are deep divers

African penguins can dive as deep as 130m under the water. That’s a lot of range for such a little guy. And to get to those depths, they can hold their breath for over two and a half minutes and swim at up to 20km/hour.

You can do your part to help them

Because of organizations like SANCCOB, you can do your part to help these endangered species thrive. You can donate money, buy t-shirts, volunteer, and even adopt your own penguin (no you don’t actually get to keep the penguin, but you can always visit).