When it comes to Indian Ocean islands and wildlife, Mauritius is to birds what Madagascar is to mammals. And it was very nearly a story of paradise lost.

Mauritius came late to human history – there were no indigenous Mauritian peoples and until European sailors happened upon the island in the late sixteenth century, the island’s wildlife flourished in this paradise, free from human intervention. When human beings first came ashore, they encountered a tame world of unimaginable abundance. 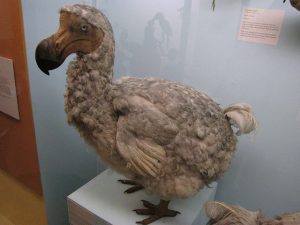 In 1691, the French settler François Leguat described seeing on Rodrigues, 600km north-west of the main island, “so many tortoises on this island. Sometimes there are groups of two or three thousand, so that one can take more than a hundred steps on their shell without touching the ground.”

Another such creature wholly unprepared for what would follow was a plump bird, unable to fly, that waddled down to investigate the early arrivals. Within just thirty years of first contact, this bird — the dodo — was extinct, and Mauritius was forever marked as a byword for extinction.

Fast forward into the modern era and the story of extinction would continue. By the 1970s and 1980s, Mauritius was still a sorry tale of disappearing wildlife and a land almost emptied of birdsong. In 1974, just four Mauritius kestrels survived in the wild. By the mid-1980s, there were only 12 pink pigeons and between eight and 12 echo parakeets.

And then, just in time, it all turned around. There may have been no way back for the dodo, but a recent academic study concluded that Mauritius has brought more bird species (five) back from the brink of extinction than any other country.

Off the south-east coast of Mauritius, the low-lying isle of Île aux Aigrettes is where the story of Mauritian conservation turned the corner towards success. In 1985, the Mauritian Wildlife Foundation took out over the 26-hectare island, transformed it into a nature reserve by ridding the island of rats and feral cats and repopulating it with native plants and wildlife. Barely three decades later, the results are remarkable – a relict 400-year-old ebony forest has grown from just a few trees, and some of the world’s most endangered bird species are thriving.

Among these are the pink pigeon (there are more than fifty on the island, out of a world total of 470), the Mauritian fodi (165, almost half the world’s wild population) and the critically endangered olive white-eye (25 out of a world population of fewer than 300). More than twenty giant Aldabra or Seychelles tortoises, the Indian Ocean’s last giant tortoise species, also occupy the island.

As a consequence, Île aux Aigrettes remains one of few places on earth where you can step ashore and catch an echo of how the world once was before humankind sent species spiralling towards extinction, if not earth’s first morning then a rewind to where it all began to go wrong.

Back on the mainland, the Black River Gorges National Park, a former hunting preserve in the island’s south-west, stakes a strong claim to being the prettiest corner of the country, not to mention the last tract of wilderness left in Mauritius. Deep gorges, dense forests and vertiginous waterfalls provide a stirring backdrop to outstanding hiking and splendid birdwatching. 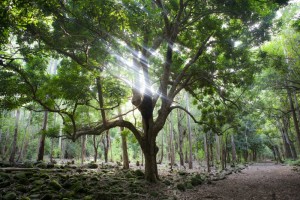 Perversely, it was hunting that saved Black River Gorges – this former hunting reserve of the island’s elite left behind a non-native legacy of deer, wild boar and macaque monkeys, but also a region free from human settlements. Now, from September to February, an estimated 150 Mauritius kestrels soar above the park, hunting with the speed and precision that are a hallmark of kestrels the world over.

The rather handsome pink pigeon has recolonised the park. So, too, has the echo parakeet. The Parakeet Trail, a strenuous 8km trail from Plaine Champagne down to Black River Gorges Visitor Centre, is the best place on earth to see this vividly coloured bird which has recovered to numbers (over 500) unthinkable three decades ago.

The park’s 10km-long Macchabée Trail is another park traverse that is the antithesis of the island’s coastal resorts and clamour. Here, white-tailed tropicbirds circle high above a forest where one-third of the plant species are endemic to the island, and where breaks in the canopy reveal valleys in every conceivable shade of green.

Far away from mainland Mauritius, far away from anywhere else on earth, Rodrigues has an otherworldly quality that comes from being one of the most remote places on earth. Rising from a coral-reefed lagoon in the middle of the ocean, Rodrigues is Mauritius as it must have been before the tourists arrived.

Close to the airport, the plan to plant 100,000 indigenous trees in the François Leguat Reserve is well underway, and hundreds of giant tortoises already roam the grounds, once again at peace and in situ three centuries after they were driven from the island.

High on the island’s summit, the Grand Montagne Nature Reserve is a pristine world of native forests which shelter the Rodrigues fody and Rodrigues warbler, two unassuming species that serve as the poster birds for the success of Mauritian conservation. In the 1970s, just 30 warblers survived. Now there are 4,000. But that’s nothing compared to the Rodrigues fodi: the six fodi pairs that remained in 1968 were the forerunners to a current population of 8,000.

And Île aux Cocos, one of 17 small islands dotted around the lagoon, is proof that scarcity is not the only measure by which to appreciate the pleasures of wild Mauritius. The white sand beaches, palm trees and turquoise waters here provide habitat for a rare combination of nesting birds – this is the only island in the whole Indian Ocean where the lesser noddy, brown noddy, fairy tern and sooty tern breed on the same island. They also provide the backdrop to an all-too-rare experience that suggests that all may not be lost.

As you step ashore through the shallows, these birds draw near for a better look, safe in the knowledge that we have come a long way since the days of the dodo.