Lusaka, which is located in the dead center of Zambia, is the country’s largest city. Though it’s lacking in real attractions or a public transit system, Lusaka has a cosmopolitan energy that comes from it’s status as one of the fastest-developing cities in the region. The dusty city is home to a decent range of business class and luxury hotels, as well as quality restaurants, bustling markets and the odd museum and gallery.

Whether you’re coming from the north, south, east or west, all main roads in Zambia lead to Lusaka, which is in the center of the country. But once here, there isn’t actually much of a city center — or a lot of attractions, for that matter. Downtown, you’ll find bustling Cairo Road, which is the city’s commercial hub and runs north-south. Wandering Cairo Road is a mandatory Lusaka experience and gives you a slice of local life. Here you’ll find banks, shops, travel agencies, cafes and fast food restaurants. Most of the dining and drinking, however, takes place in the malls in the surrounding suburbs. (More on that in a bit.) 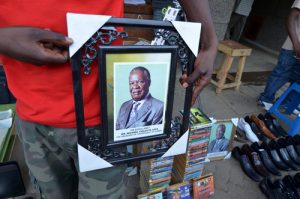 There are a number of markets around town that are worth checking out for the cultural aspect (although they have little of interest to purchase for tourists). The Lusaka City Market is behind the bus station and sells everything from produce to hardware and clothing in row upon row of chaotic stalls. The nearby Soweto Market is the largest market in all of Zambia and always buzzing, but the sheer number of people packed in here can also make it feel intimidating and also a bit dangerous (don’t carry anything you don’t mind losing). Finally there is the Town Centre Market, off Chachada Road, where you’ll find more of the same.

The National Museum (entrance on Independence Ave) has a decent display of contemporary Zambian sculpture and paintings as well as traditional exhibits, like the one on witchcraft located on the second floor. But the museum is badly in need of renovation and new exhibits, and you won’t need more than an hour to see all of it.

Just around the corner from the museum is the Freedom Statue, which depicts a main breaking his chains (a symbol of Zambia’s break from colonial rule) and is dedicated to the freedom fighters who died in the country’s independence struggle. 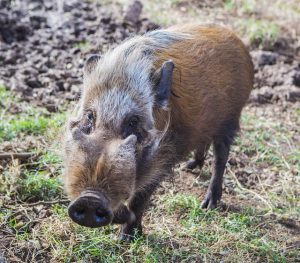 Lusaka’s most exciting attraction is located 15 kilometers south of town in Chilanga. Here you’ll find the Munda Wanga Environmental Park, which is a sanctuary for wounded and orphaned animals with the aim of rehabilitating them to re-enter the wild. You’ll see everything from lions to cheetahs to wild dogs, as well as some creatures rarely seen in the wild like pangolins and serval cats. It’s best to visit on Saturday or Sunday around 2pm when the animals are fed (Fridays are when hordes of schoolchildren show up). Bring a picnic to have in the beautiful botanic garden surrounding the sanctuary, which houses some 500 different species of plants.

The Namwandwe Gallery is also worth checking out, especially if you’re interested in purchasing unique pieces from up-and-coming and established local artists. It is home to the impressive private collection of John Kapotwe, a businessman and arts patron, and focuses on contemporary Zambian and African art in mediums from sculpture to mask, paintings and textiles. You’ll find the gallery in a private home about 15 kilometers southeast of the city center.

Lusaka has a decent range of sleeping options for all budgets, although the city definitely caters more to mid-range and luxury travelers than to backpackers. If you are on a budget, the Lusaka Backpackers is where to stay and also a good place to meet other travelers exploring southern Africa.

Solid business class hotel options include the 3-star Protea Hotel Lusaka, which is attached to the Arcades Shopping and Entertainment Complex, making it convenient for dining choices. Rooms tend to be a bit bland, but are up to Western standards from a comfort perspective. The almost new Cresta Golfview is another good 3-star choice.

The best bet in the city center is the 4-star Southern Sun Ridgeway Hotel, which is also the most popular choice for business travelers and visiting government officials. Beyond modern rooms, the property also feels comfortable for hanging out. The house restaurant, Musuku, is known for its excellent breakfast and dinner buffets, and there is also a pub on site that’s popular with expats, plus a pool, small gym and free-wifi. You’ll also find offices for South African Airways and Proflight plus a Barclays Bank on the grounds. Other luxury hotel options include the brand new Radisson Blu, located across from the Arcades Shopping Complex, which is home to the city’s best gym.

Finally for five star luxury check out the Taj Pamodzi Hotel, which has gorgeous rooms and fantastic views of the city from top floor balconies. There are two on-site restaurants, including one that features candlelit al fresco dinners with live music.

When it comes to dining in Lusaka, you’ll find most of the restaurants located in the city’s three major malls – Manda Hill, Arcades and Levy Junction, which have both fast food and sit-down selections. Names to look for include Rhapsody’s, Plates Restaurant & Wine Bar and O’Hagans. Also check out Chindo Road, which has a number of restaurants clustered in a few block radius. Finally, the city’s top hotels are also home to some of its best restaurants. Steaks & Grills at the Taj does fun candlelight al fresco dinners with live music most nights, while Musuku in the Southern Sun is famous for its breakfast and dinner buffets. 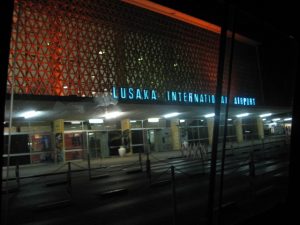 Getting here by road or rail is also possible. Lusaka is located at the crossroads of Zambia’s four main highways, which means you can catch busses from other parts of the country to Lusaka, and there is service on Intercape between Johannesburg and Lusaka (bear in mind it’s a very long ride). If trains are your thing, Lusaka is served by the line that runs from Livingstone and Kitwe (the two other main cities in Zambia).

There are no scheduled bus services so your only options are walking or taxis. Taxis range from cheap shared minibuses which run on fixed routes, to chauffeur-driven cars, and everything in between. Ask your hotel concierge or host what your best option is depending on your budget, the distance you need to go, and how fast you need to get there.

Languages: English is the official language in Zambia but Nyanja and Bemba are also spoken.

Weather: Lusaka has a wet and dry season, with the wet season lasting longer (it runs from October through April). Lusaka’s temperatures stay mild throughout the year, with the coldest month of July having an average high temperature of 15 °C (60°F). The hottest month is October when the average highs are around 32 °C (90 °F).

Money and banking: Banks and ATMs are abundant on Cairo Road and also in the suburban shopping malls. Business class hotels and the nicer restaurants and shops accept credit cards such as Visa and Mastercard, but not usually American Express.

Tipping and local customs: It is normal to tip around 10% for services in Lusaka.

Safety: Petty theft is a reality in Lusaka and you should travel with as little cash as possible, and pay special attention in crowded places like markets and on Cairo Road. At night it is best to take a taxi rather than walk.