Probably one of the best kept secrets in Tanzania, Pemba, known as “The Green Island” or “Al Jazeera Al Khadra” in Arabic, stands out as a pristine diving area framed by rolling ancient forests, sandy beaches and (as of yet )relatively few tourists. 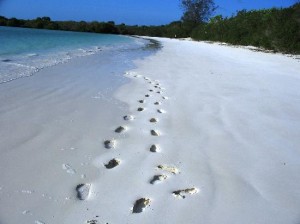 Warm trade winds bolster salty, weather-beaten dhow sails that stretch across lagoons and ocean like white egrets gliding over azure waters. For the better part of the Portuguese occupation, Omani Arab rule and British administration the tiny little island of Pemba, a mere 60km north of Zanzibar and home to some 30,000 inhabitants, has existed along the spice route which extends from Wete to Shimoni in Kenya and down through Mozambique. Amongst the lush green hills and valleys filled with crops of coconut, mango and crops nearly 70% of the world’s cloves are produced and traded. Ancient forests like the Jozan Forest reserve, home to the endemic Pemba flying fox, have remained relatively untouched by mass tourism.

Amongst these sandy white beaches the ebb and flow of the tides and arrival of the monsoons sets the pace of life. Forming part of the Zanzibar Archipelago, together Zanzibar and Mafia Island form the chain known as the Spice Islands. It’s got the small city center of Chake Chake at its heart, 14th century ruins sitting hidden in the jagged coastline and people who are a mix of Arab and the original Swahili inhabitants.

But that is where its similarities between Zanzibar and Mafia end.

Because of its location and history as an island where travellers would come to seek out famous spiritual mystics and physical healers, Pemba was left to its own devices. This can be deeply felt in the way that locals and the limited amount of visiting tourists that visit each year interact.  Here it is prudent and highly advisable to be culturally sensitive by respecting local customs and beliefs by dressing and acting appropriately. Unlike Zanzibar, this is not the place for all-day-and-all-night beach parties, but why would you want to? Rather measure time by the height of the sun on your feet as they sit in the soft, sandy private beaches where men and women go about their daily business with only a passing interest in any of the lounging sun seekers. 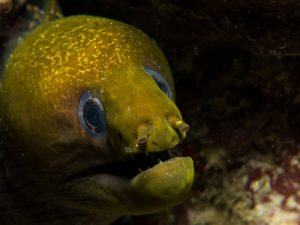 Pemba incidentally has some of the more pristine diving in the area, being that it has the least amount of tourist hotels on the island compared to its neighbors. Having spent time over the years diving Zanzibar’s Mnemba atoll, through personal observation I can say that slowly the condition of that reef has worsened. You will join a conveyor belt of divers targeting a small space of reef. On any given day there can be up to 40 boats crammed into a very small space on the atoll, and you can feel the density of people around you underwater, with boats rushing out to chase wild dolphins in an attempt to get the mass-market tourists the experience they paid for.

In Pemba it is the opposite. Fewer dive operators mean that dive sites are calm and spacious, and you move between dives via sailboats without having to race your neighbor to be the first on the reef. The diving options are varied for every level of experience offering up drop-offs, untouched coral reefs and very abundant marine life — the kind of experience you want when it comes to island diving. The Pemba channel that rises up from the depths of the Indian Ocean is home to the kind of larger reef fish you expect to see in pristine areas. Various iconic wrasse species, sea fans, and white and silver tip sharks sit comfortably in 26 and 32 degree centigrade water around large coral bommies and spectacular drift dives. Many dive sites are still undiscovered, making this a memorable diving adventure for the next budding Sylvia Earle or Jacques Cousteau. 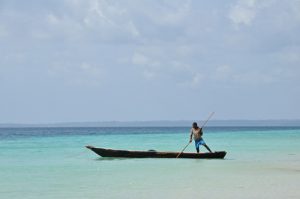 There is magic in Pemba, not only because the island is a local center of spirituality, but because of the people. Here you will see some of the friendliest and most welcoming smiles in Tanzania, where nothing is ever too much trouble and curious bystanders will often want to engage in conversation about your life, your travels and your home without any motive other than genuine interest.

“Kawanini” translates to “why” in Swahili. It’s a wonderful phrase that was explained to me by Sele, a young man working at one of the island’s hotels and the inspiration behind an English school class in a small village with primary students who are often unable to access the better-equipped schools in the capital of Chake Chake. This phrase — “why Pemba” — is at the heart of what makes this island such an interesting area to visit. Many developing tourism operations are asking themselves why, as a community and as partnered resorts, should they not work together for the betterment of the natural environment and its inhabitants? The annual Kwanini Conference held at The Manta Resort works toward just this goal, to bring together local community, government and business in an active dialogue to define the future of tourism and the role it plays for not just the industry but also the local communities.

Its limited amount of tourism development means that Pemba has the ability to grow into a rather spectacular showpiece of Tanzania, both on the land and in the ocean, and potentially avoid all the pitfalls that have plagued its neighbors. That magic of Pemba will hopefully continue as tourism develops across the island. So the next time you ask yourself why you should plan a travel adventure to Pemba, you would be hard pressed not to say “well, why not?”

Best times for diving: Diving is good all year round, but in the dry seasons the water will have better visibility. The only things that could make a day at sea more challenging would be the Kas-Kazi winds that blow from December till April. Whale sharks tend to be seen around the island from September-December. The heavy rainfall, which makes for slightly reduced visibility, tends to be around late April and early June. 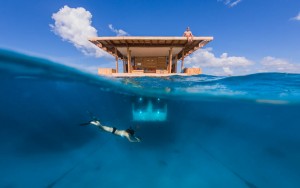 How to get there: Pemba is off the northern coast of Zanzibar island. There are direct daily flights from both mainland Tanzania and Zanzibar airport via Coastal Air and Zanair.  You can also get to Pemba via Tanga (Tanzania) with Coastal Air.

Getting Around: Most of the lodges will arrange for their resort taxi to fetch you and drop you off at Chake Chake airport, and it will cost you between US$40-$50 one-way per person (which is not included in the overall lodge price). Moving between lodges can be very expensive and is not suggested unless you have the time and money to do so. Pemba is not very built up and public transport will often not be able to transport you between the different lodges, which are scattered between the north and south parts of the island.