South Africa is almost synonymous with wildlife and you simply can’t go home contented without visiting a park or reserve where they roam. But why not also visit a sanctuary, and contribute to the care and rehabilitation of some of these magnificent creatures?

Here are four intriguing animal sanctuaries in South Africa that you simply must consider visiting.

On the edge of the Klein Karoo, 2km outside the small South African town of McGregor, you’ll find a safe haven for donkeys. Though robust and strong, donkeys are often mistaken as unremarkable working animals, resulting in neglect and strain. 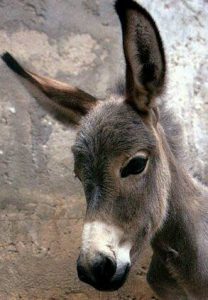 Eseltjiesrus offers these broken spirits a sanctuary where they can find peace and live among their own kind. They love company and often form strong bonds between each other.

The donkeys that are lucky enough to end up here tend to become permanent residents, whether they have been abused or whether their previous fate was lion feed. But not all of them had a bad life. Some simply come here to retire after a lifetime of hard work.

Life is peaceful in the countryside and the residents are equipped to finally enjoy it fully. They are checked twice daily and feast on the appropriate type of feed for their condition. Those with wounds are treated and all eyes and hooves are cleaned regularly.

Apart from taking in donkeys, the sanctuary also raises awareness in the community about the welfare and the proper care for donkeys. They promote an image of donkeys as having special abilities. They’re animals, not simply inexhaustible working machines. A culture of caring will result in better overall treatment of the donkeys in the area.

Visitors are welcomed at Eseltjiesrus and the donkeys love the company. Enter the paddock with a guide and interact with those that walk up to you, pet them, talk to them quietly and brush them. They tend to enjoy the gentle love and attention that visiting humans give. Some donkeys are still scared and skittish and will move away from you. Don’t pursue them. Leave them be.

The best time to visit is during the off or shoulder seasons, as they are allowed more resting time in the heat of summer, so you might not be able to enter the paddock.

It’s certainly strange to imagine wolves living in hot, sunny South Africa, and it certainly is. Wolves aren’t endemic to our country and they definitely aren’t supposed to live here, as it’s too hot for them. Yet, people have always taken the fate of wild animals into their own hands and wolves were brought here by humans who crossbreed them with dogs to ‘create’ some sort of improved guard dog. 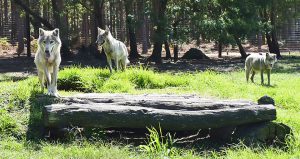 Off course this is ridiculous. Wolves are naturally shy and avoid humans as much as possible. Lucky for them, they are highly adaptive animals and have managed to overcome the environmental challenges of living in South Africa.

The Tsitsikamma Wolf Sanctuary is specifically located in this rainy, forested part of the country, as it’s cooler than most areas. They work to debunk some of the myths and misbeliefs about wolves while providing a stress free home for rescued wolves in South Africa.

Yet their cause stretches wider than this. Educating people about the importance of letting an animal stay in its natural habitat is vital. Forcing an animal to live in an environment that so contrasts his home is abusive.

The obvious question is whether these wolves can return to their homeland. Unfortunately, the answer is no. Since they have lived under domesticated circumstances, tied up in backyards and with limited space to roam, they can never return to the wild. They simply won’t survive.

This is why the sanctuary focuses on education. Visitors are welcomed and the entrance fee goes toward creating a happy and safe place filled with natural vegetation where the wolves can live out their lives. You can choose to either walk around outside the enclosures looking in, or to pay an extra fee to join a guide inside an enclosure. The night tours are also popular where you can listen to their call.

A lion park might not sound like an out-of-the-ordinary animal sanctuary, but the Drakenstein Lion Park deserves being singled out. These guys truly have the lions’ best interests at heart.

It’s the largest lion sanctuary in the Western Cape and the focus is not on petting opportunities or cuddling cubs, but on securing a safe, lifetime home for the lions that have been rescued from abusive and dire circumstances. 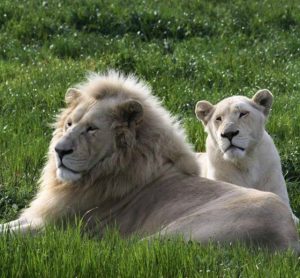 Drakenstein Lion Park is not involved in any sort of breeding or trade with lions and they believe that no genuine lion sanctuary should be. They are outspoken about some of the claims that other such parks make about rehabilitating lions or conducting research as a front for their connections with canned hunting.

The lions at the park all have different stories. Asad, for example, was kept as a pet in Lebanon where there are no laws preventing this. This is unhealthy for any wild animal, as they rarely get the correct food and shelter needed. Ena, on the other hand, was confiscated from a French circus where she lived under terrible circumstances.

Visitors to the park can walk in between the enclosures and stand on raised viewing platforms to see the lions. It’s best to visit late in the day or in the cooler months, as the lions are inactive and seek out shade during the heat of the day.

Travellers seeking a more private experience can book an overnight stay in one of the safari tents. Enjoy sundowners overlooking the Drakenstein Mountains before tucking into an included dinner and listening to the park’s nighttime sounds.

After the closing of the nearby Tygerberg Zoo, Drakenstein also became a home for chimps and other small animals that used to live here. The chimp sanctuary offers some extra excitement for your day.

Known throughout South Africa as an outstanding animal rehabilitation centre, the South African Foundation for the Conservation of Coastal Birds has two premises – one in Cape Town and one in St Francis Bay. 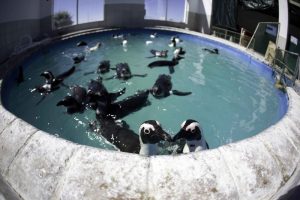 They take in injured or oiled sea penguins, rehabilitate them and release them back into the ocean. SANCCOB also deploys its specialist emergency response skills in Africa, the Indian Ocean region, Antarctica and Sub-Antarctic. On the research front, they conduct leading research on sea bird disease.

A visit to SANCCOB is a fond primary school memory for many South Africans and it remains incredible to see these animals go about their daily lives in their temporary home. Off course, some of them have certain conditions and injuries that prevent them from returning to the wild. They live a happy life in the home pen, a lovely rocky area that is cleaned regularly and where they can live out their lives peacefully.

If you’re in South Africa for an extended period of time, consider signing up as a volunteer. You are guaranteed that the work you’ll be doing will really benefit the survival of African penguins.