Seeing animals in a zoo doesn’t have the same magical effect as seeing them in the wild. Instead of watching the caged-in animals being fed by zookeepers, most of us would rather see wild tigers catching a meal, or gorillas climbing trees in their true habitat. While that can be nice, many of us think being out in the wild with them can pose a big risk. Fortunately, there are plenty of places to see animals in the wild from a safe distance. So cancel your trip to Disney’s Animal Kingdom and book a flight, because here are 15 of the best places to safely see animals in the wild. 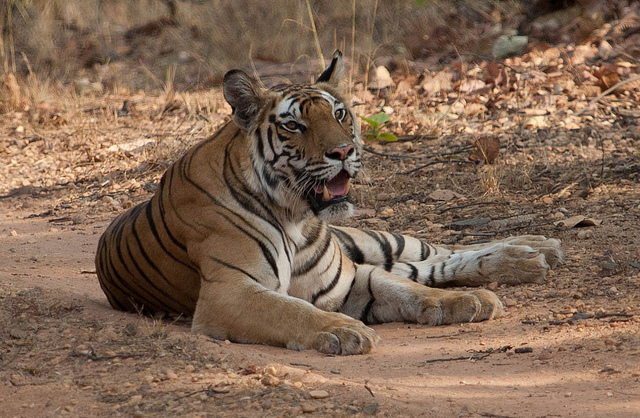 This park is only accessible by small planes or trains, and is one of the few places left where wild Bengal tigers can roam in peace. A tour guide will take you in a safe jeep to observe the tigers (mostly used to humans by now) and take photos. Of course, you shouldn’t get out of the jeep without the guide’s permission or you could end up being a snack. 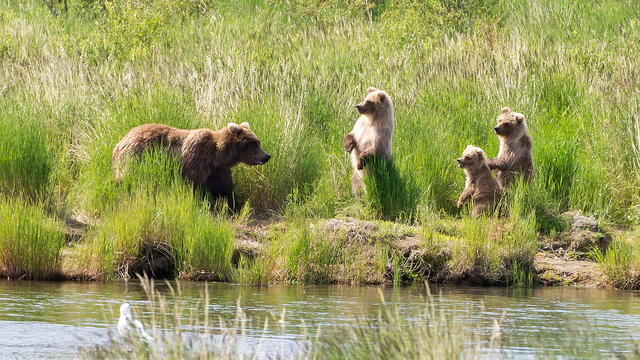 At Katmai National Park, tourists can hike or drive near wild brown bears in their natural routines, such as catching salmon from the brooks. Unfortunately, due to declining food resources, bears are becoming more hostile to humans. But with a tour guide in a car, it’s safe to watch them from the distance and it won’t be un-bear-able. 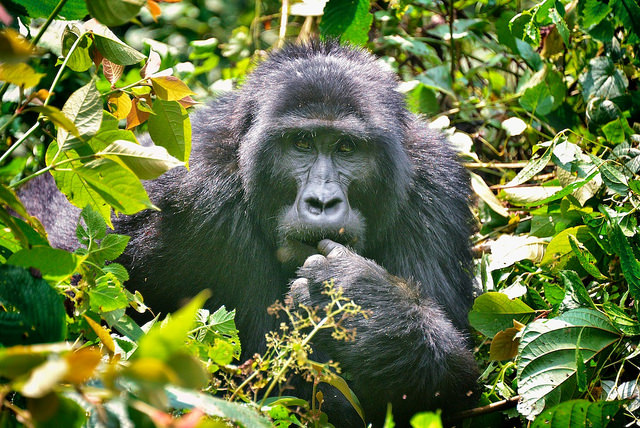 The protected park is open all year and is home to some of the world’s last mountain gorillas. They are not aggressive creatures unless threatened, and will allow visitors to peacefully watch them. While you’re there, it can’t hurt to donate some pocket change (or more) to help the fight against poaching. 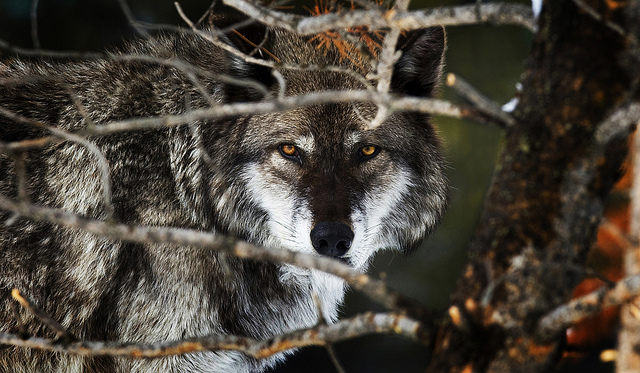 This park expands all the way up to the Canadian border and is known for its free-roaming wolves. The park is also open for visitors to camp and sight-see wolves in the distance. Humans are not the natural prey of wolves, so they often want nothing to do with you unless provoked. Inexperienced visitors may want to take a tour guide for extra safety. 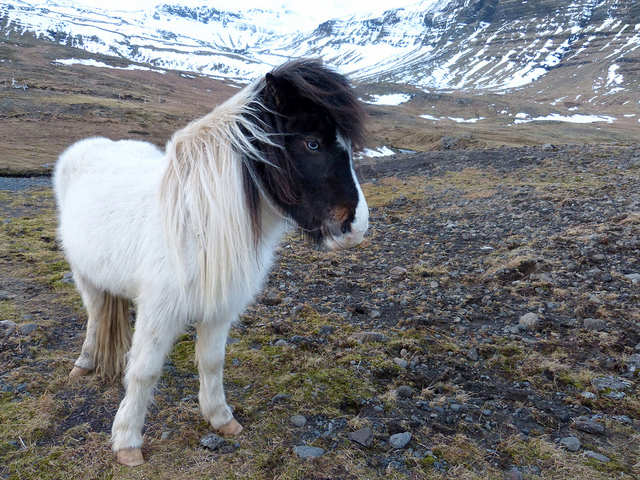 You might think these Icelandic animals are ponies, but they are true horses in every sense. With incredible strength and dense bone structures, captured horses are sometimes used in racing due to their swiftness. The horses roam through most of the country’s uninhabited areas, but in some smaller towns, such as Borgarnes, locals report seeing the horses graze on the outskirts. 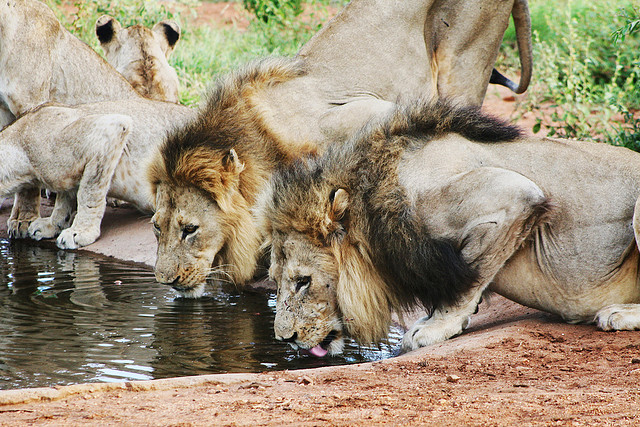 With just a small fee (depending on season), visitors can bring in their cars to see the protected wildlife of South Africa. Zebras, elephants and crocodiles are all available for you to see but none is as spectacular as sightseeing the true royalties of this jungle — the lions. It goes without saying that you shouldn’t get out of your car. 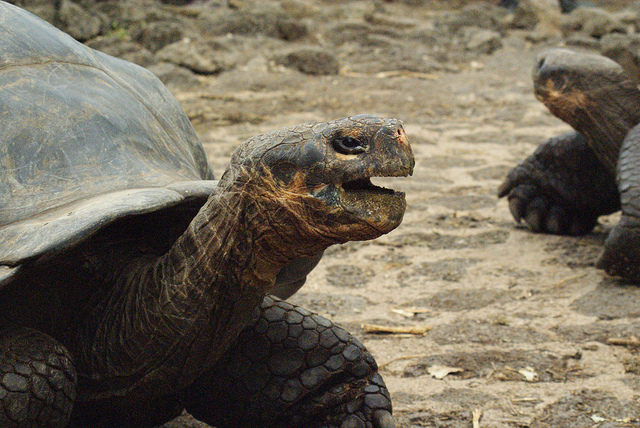 Known for outliving humans with an average lifespan of 100 years (how unfair!), the Galapagos tortoises can weigh up to 250 kg and can be up to five feet tall. When visiting this island, there is no need to feel intimidated by their size since they are generally docile creatures. But for argument’s sake, if one was trying to attack you, at least you can know with full confidence that you can outrun him.

On the outskirts of Cape Town, the Cape of Good Hope has a plethora of fascinating creatures from secretary birds to zebras. However, ostriches are the most popular subjects in this area since tourists can drive their cars around and let the giant birds inspect you. Who’s really the caged creature here? Think about it. 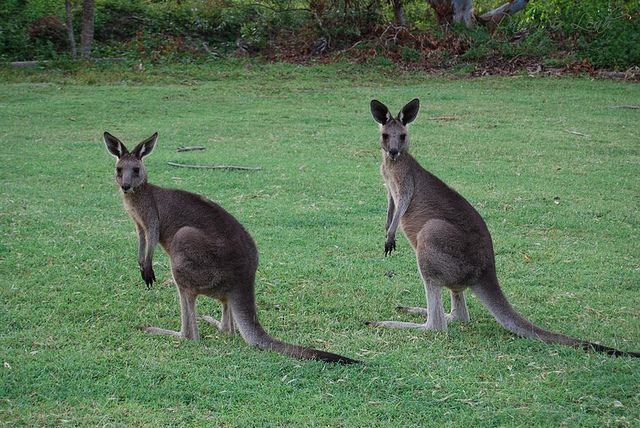 It’s called Kangaroo Island for a reason. From Adelaide, tourists can take a ferry boat to the neighboring island to see the scores of free-roaming hopping marsupials. Don’t be sad if they get a bit camera-shy and dart off into the woods. Don’t worry, there are plenty of them to see. 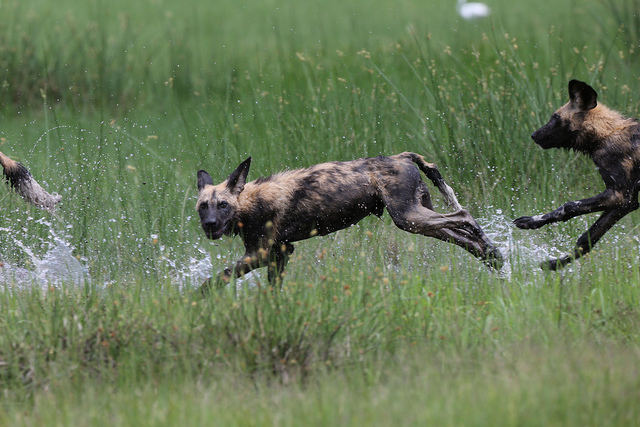 The wild dogs of Africa are highly social creatures and can be found roaming in large packs in Botswana. Visitors can embark on a safari to watch the animals act like…well…dogs. Expect to see a similar sight as your local dog park, except not as polite or polished. 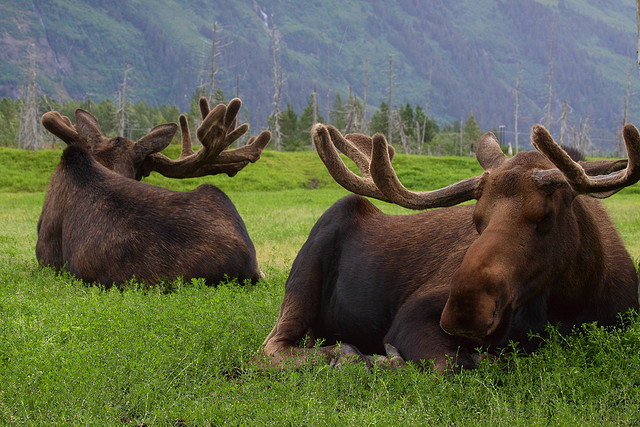 This popular national park receives up to 400,000 visitors annually to see some of nature’s finest mountain ranges, glaciers, and of course..the moose. They are usually solitary animals but you might occasionally see a pack of up to three moose (especially mothers and calves). Generally docile around humans unless provoked, you should have no problem admiring them peacefully from a respectful distance. 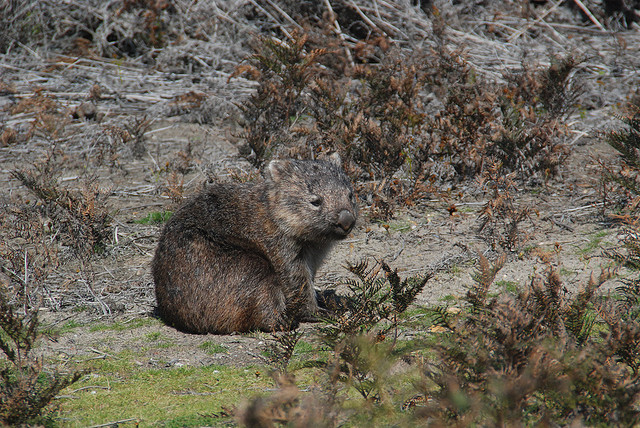 If Tasmanian devils had an alter ego, it would be this cuddly and cute wombat. These marsupials were widely hunted by Aborigines for food, so their relationships with humans can be hot or cold. Keep your distance and listen to your tour guide, don’t be surprised if these miniature bears come closer to you, they are very curious creatures. 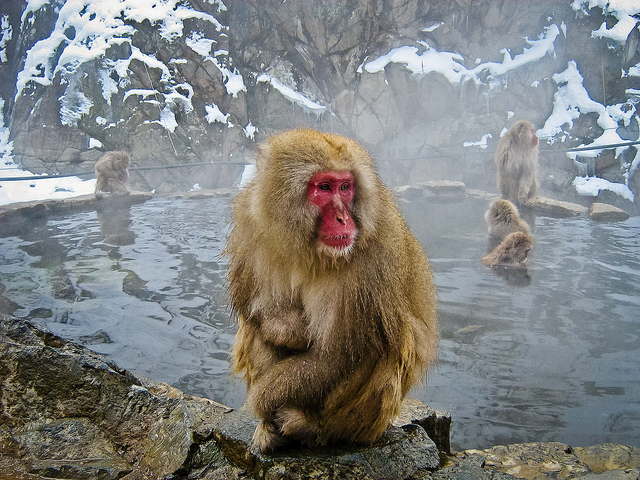 Alternatively known as the Japanese macaque, the snow monkeys are a fascinating sight to see in the freezing alps of Japan. The primates migrated to the alps to avoid their natural predators by living in a seemingly inhospitable environment. Luckily for the monkeys, it was a smart move (literally) since they face no threats from other animals and stay warm by bathing in the hot springs. It’s perfectly safe for you to be near them since the monkeys have lost their fear of humans. 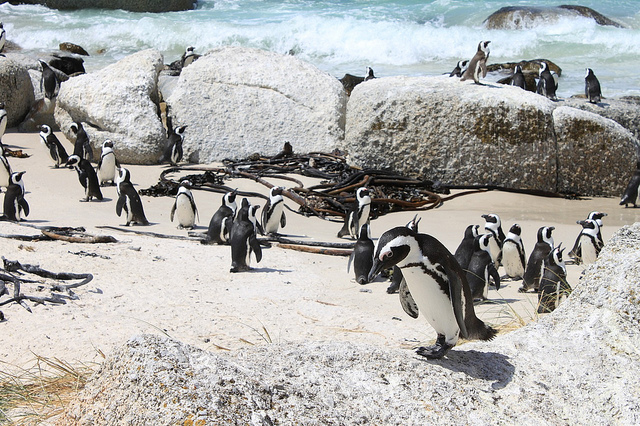 Not far from Cape Town, you’ll find the last animal/bird you’d expect at a beach, penguins! Defying the blistering arctic cold stereotype, these African penguins thrive happily in the warm and sandy atmosphere. To enter the protected beach, tourists will have to pay a small fee. It’s best to keep your distance and not attempt to pet the goofy-looking birds since they can nip your fingers or nose — picture Danny DeVito in “Batman Returns.” 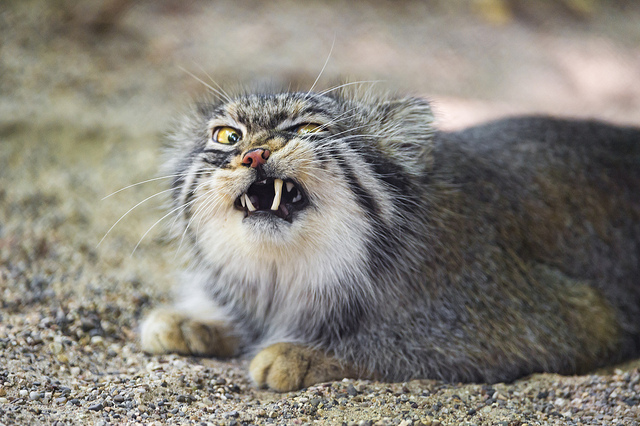 Courtesy of Tambako The Jaguar/Flickr.com

This rare and unique feline creature is known for making comical faces. Thankfully, Pakistan outlawed hunting the pallas cats, and visitors can embark on a private tour to watch them in their natural habitats — caves. However, you may have to climb for a bit since they do live at an elevation of 11,200 feet high. But hey, it’ll pay off once you see what a hoot they are.