If you’ve already chalked off Paris, Budapest, Hong Kong and London off your list of places you’ve been to, you might feel like you’re running out of travel destinations. It’s time to start looking at smaller cities that are often overlooked but offer fantastic getaways. From a peaceful stone village in Provence to fictional movie sets open to the public, here are 15 of the most beautiful villages in the world that you must check out. 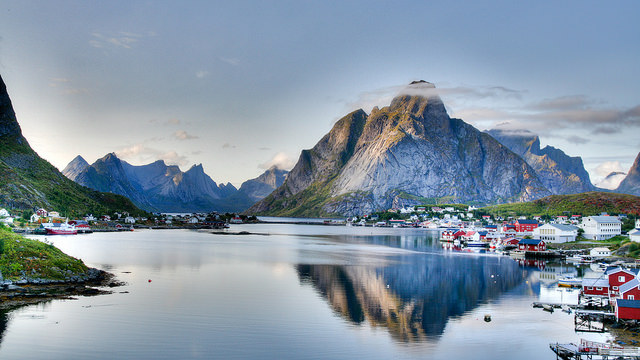 This Norwegian fishing village has been labeled as one of the best in Norway. With a population of only 329 people, its scenic views of mountains, bays and colorful fishing cabins make it a popular tourist spot. Visitors can kayak, bike or ski around the area, as well as gorge on delicious fresh seafood brought in by skilled fishermen.

Famous 19th century craftsman and artist, William Morris declared Bibury to be the most beautiful village in England. The village is known for its stone cottages from the 17th century and gorgeous flowers and lakes. The area is so beautiful that it’s almost guaranteed that when visiting, you’ll feel like you have fallen into a Shakespearean time warp. 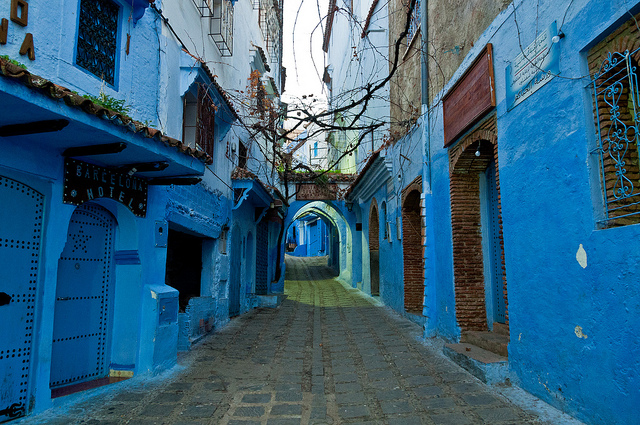 This easily recognizable village is known for having continuous blue buildings throughout the area. Locals can not only admire the strange blue theme, but also dine on local cuisine and shop for mosaic art. Mosques and synagogues have brilliant architecture staying true to the Moroccan style — only tainted blue. 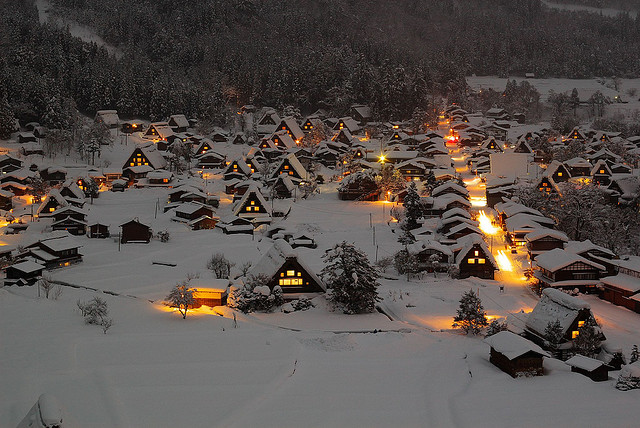 Largely preserved by Japan as a historical village, this quaint place stays true to the real Minka style. In the village, you’ll find houses with thatched and slanted roofs nestled on the valley of the Gokayama Mountains. Tourists can explore the area and learn about the ancient Japanese culture and how they lived. When overlooking the village from afar, you might find yourself doing a double take and wondering if you’re looking at a village or a Japanese version of  a Thomas Kinkade painting.

Deep in the wilderness of Alberta, this Canadian village is nestled inside one of the world’s most fantastic and rugged mountain ranges. At an elevation of 4,600 feet, locals can ski, hike, or dip into one of the village’s hot springs. 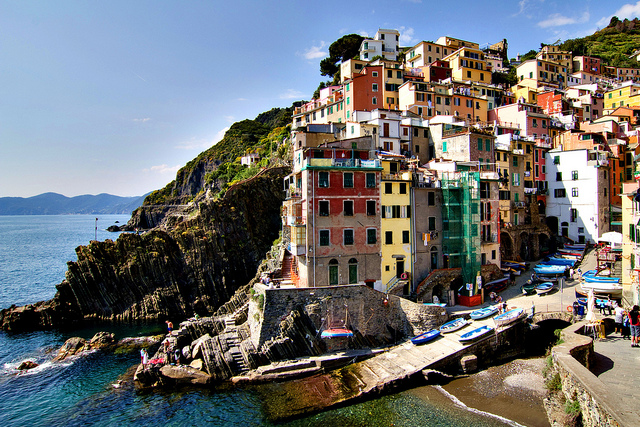 Established in the 13th century, this village is arguably one of the world’s most absurdly beautiful spots. Known for its vineyards and ancient towering houses, tourists flock to this village for a taste of old Italy. While exploring, you might think you’re walking through a Renaissance painting, since its beauty inspired many famous Italian painters. 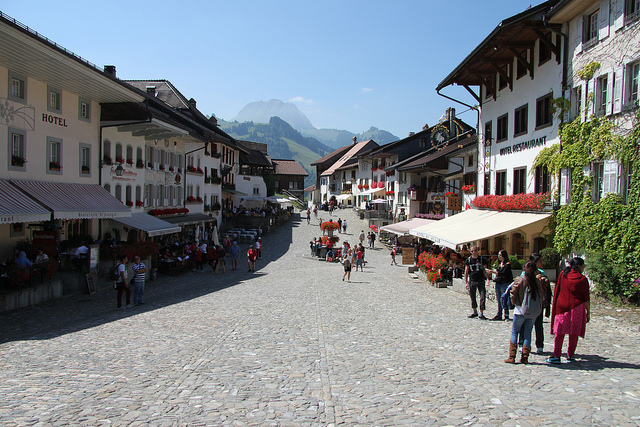 Who knew that delicious cheese came from such a beautiful village? With architecture dating back to the Middle Ages and cobblestone streets made for the foot, it’s easy to say this village has an antique charm not often found. Tourists can visit several castles in the area or visit the famous (yet disturbing) H.R. Geiger Museum, whose works were made famous in “Alien” films. 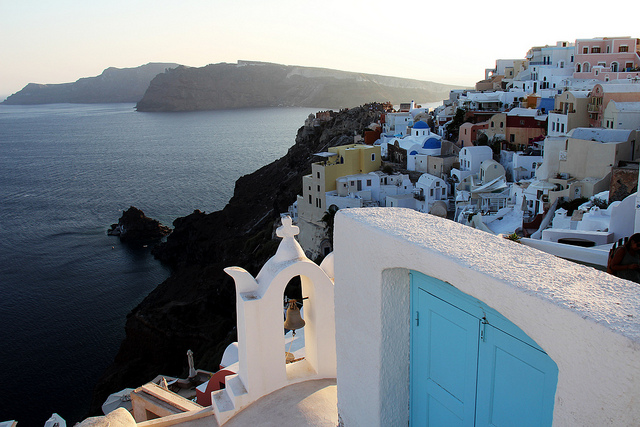 On the island of Santorini, a sleepy village hosts a cluster of white-washed houses overlooking the Aegean Sea. It’s almost virtually impossible to get around by cars, so it’s best to explore the area by foot like the olden days. At an elevation of 490 feet high, you can see volcanoes and neighboring islands in the distance. 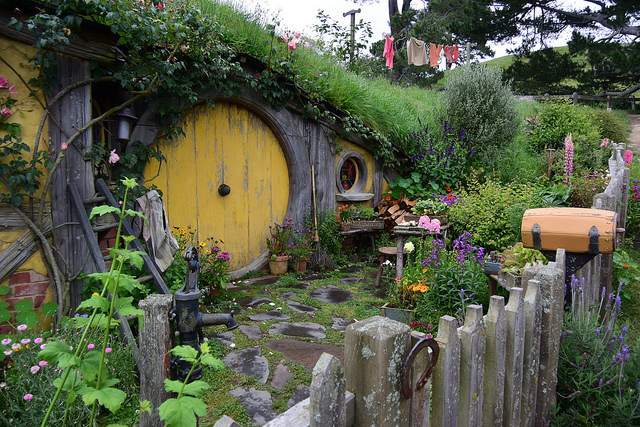 If you’re a “Lord of the Rings” buff, then this will be an ideal place to visit. While Matamata may be full of lush green hilly meadows with roaming livestock and homes that date back to the 1830s, it’s the Hobbit Town movie set that attracts the tourists. So check it out and immerse yourself in a Tolkien world. 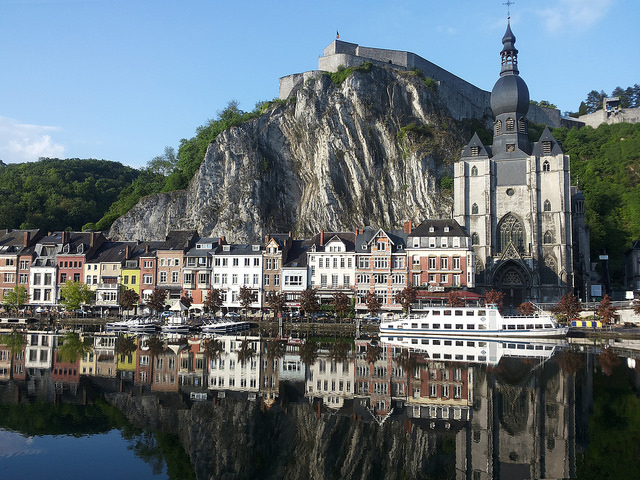 Situated in the Upper Meuse valley, the village of Dinant is surrounded by breathtaking limestone cliffs. With ancient buildings (some dating back to 7th century), Dinant is a place where time stands still. Be sure to stop by the famous Notre Dame de Dinant cathedral with Gothic touches and fabulous stained glass window art.

With a landscape draped with towering rocks, it’s a no brainer why Ha Long would make it to this list. This seaport village boasts several houseboats and restaurants on the water. Visitors can kayak around the village or explore the more remote areas surrounding Ha Long ( including several bays and a cave that was once used as a hospital during the Vietnam war). 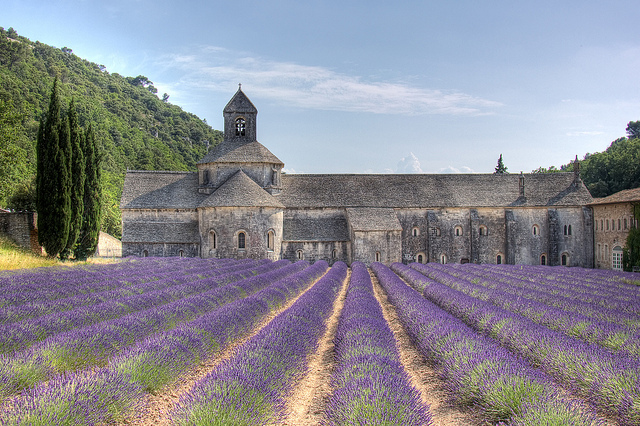 If you find yourself in Southeastern France, take the time to visit this serene commune loaded with Renaissance buildings, vibrant flowers and rocky landscapes. It’s no wonder Michelin star-rated chefs and famous artists find peace in this quaint village. Visitors can hike the surrounding area outside the village to see brilliant colors of red and yellow terra cotta rocks. After an arduous trek to the top of the rocks that overlook the beautiful village, your breath will be taken away (literally and figuratively). 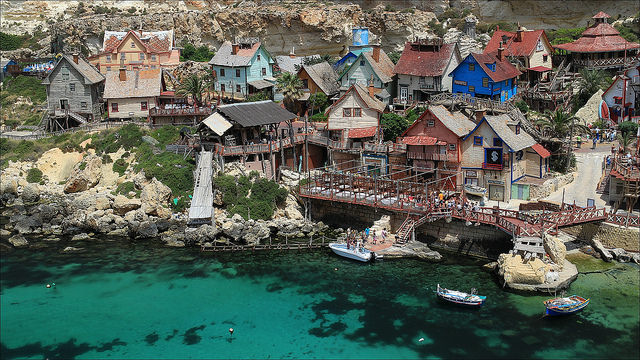 If you’re familiar with the 1980 “Popeye” film starring Robin Williams, then you might recognize this village. This movie set remains as a popular tourist attraction for people to engage in fun Popeyesque activities and watch live shows with people dressed up as one of the cartoon’s characters. And no worries, you’re not forced to eat a bowl of spinach in this fictional village — barbecue is popular throughout the week in Anchor Bay. 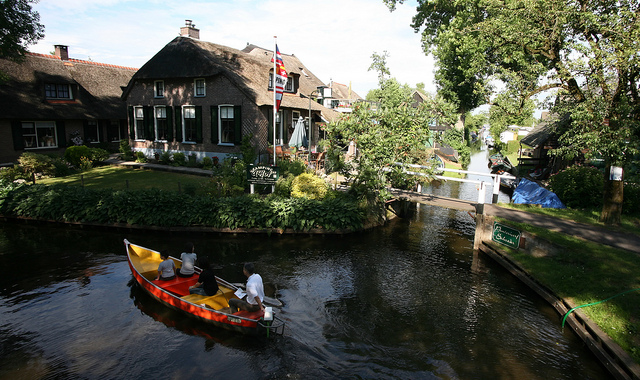 To get away from the hustle and bustle of Amsterdam and still explore by boat, head to Giethoorn, a picturesque village that only recently allowed cars in certain areas. Locals still largely depend on the canals as a means to get around and shop. 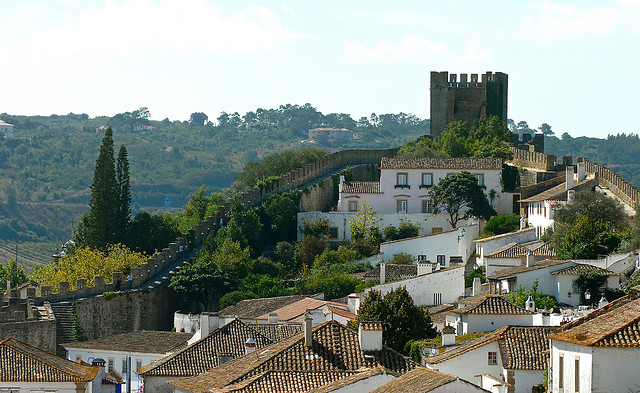 This fortified village shelters its locals inside beautiful homes and markets. Inspired by the Visigoths and destroyed a few times by the Romans, Obidos stands still to this date as a proud and beautiful village. Today, the village houses traditional Medieval markets where visitors can find jugglers, jesters, and jousting knights.