Susan B. Anthony once said, “She who succeeds in gaining the mastery of the bicycle will gain the mastery of life.” So why not embark on a cycling vacation by trekking around one of the world’s most bicycle friendly cities? On bicycles, you can see the world through the eyes of a local instead of a tourist. Here are 15 bicycle friendly cities around the world you have to visit. 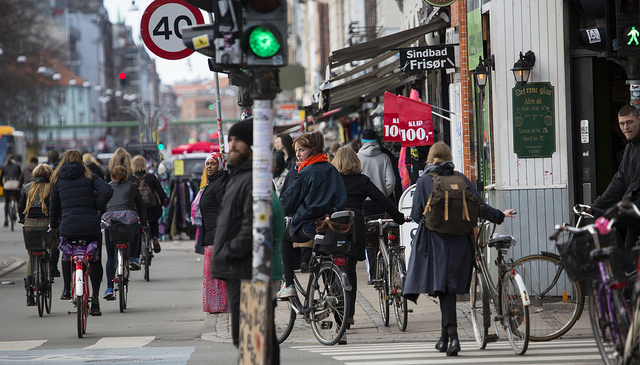 We have Copenhagen to thank for paving the way (literally and figuratively) for other cities to be just as bike-friendly. Four out of five residents of Copenhagen rely on bicycles for transportation than they do for cars, and nearly every street has its own safe bike lanes. Because of easy and cheap access to bike rentals, Copenhagen is incredibly easy to get around, sight see, and blend in like a local. 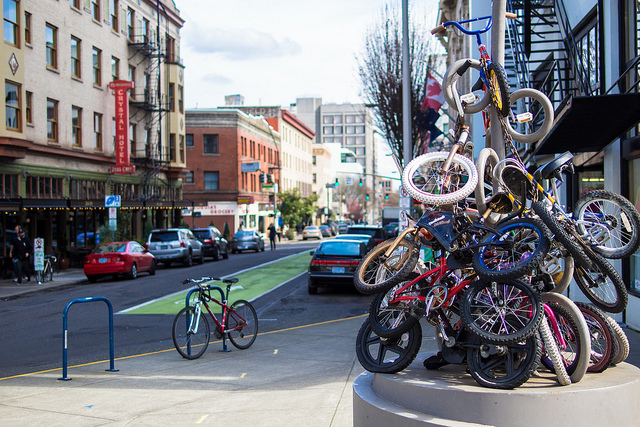 Portland wins for the most safe city to cycle your way around. Over six percent of the city’s population commute to work by bike. Anyone that has visited or lived in the city will tell you that the city’s slogan “Keep Portland Weird” is accurate. Visitors can easily partake in naked bike rides, midnight mystery rides (scavenger hunt) and a handmade bike and beer festival where contestants show off their strangest bike inventions. 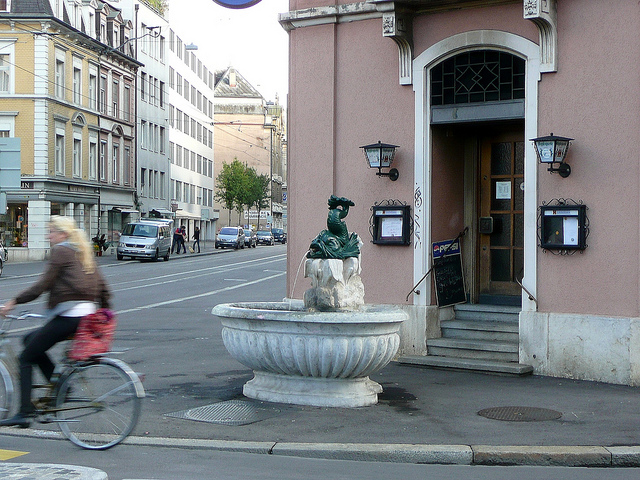 Because of Basel’s densely packed design with narrow streets, completely flat surfaces, and a city size of only 9.23 square miles, it’s a haven for cyclists. So put on you finest gown, hop on that bike and trek to the symphony playing Beethoven or stop by the museum to marvel at the Baroque artworks. 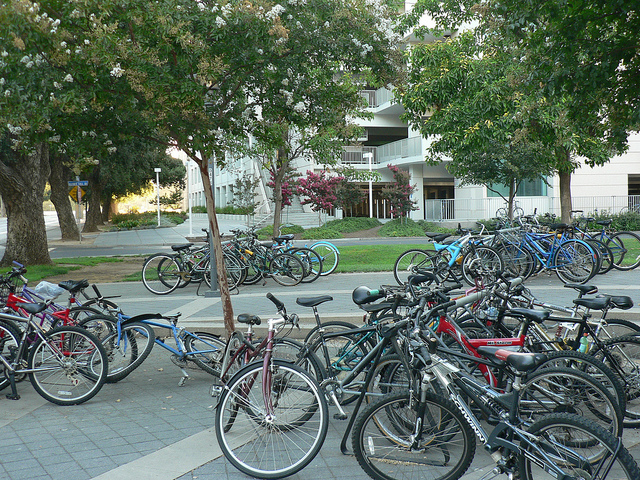 This place may be one of the only college towns with students that doesn’t prioritize in having cars. With the University of California in town, thousands of cash-poor students find it more convenient to bike around the small city between campuses, coffee shops and grocery stores. Even professors and townies have taken a liking to this style of commuting. So hop along for the ride and see what the ruckus is about. 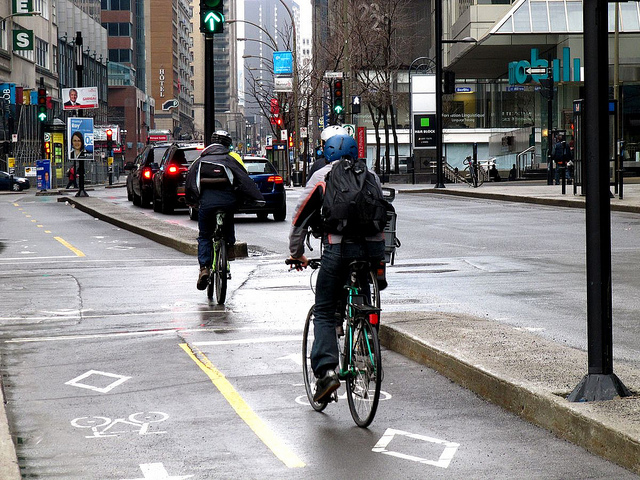 Only 20 years ago, Montreal wouldn’t have even made it close to this list. Staggering far behind Toronto and Ottawa for being bike friendly, Montreal drastically underwent intense renovation to create accessible bike lanes throughout the city. Today, it’s hailed as one of the world’s best bike cities by many publishers and has many scenic bike stops and routes such as Mount Royal Park that allows you to get an overlook of the city’s core. 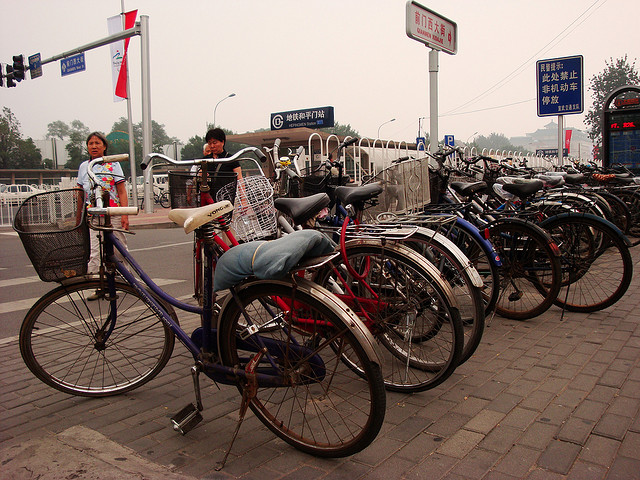 Unfortunately, due to Beijing’s increasing pollution and smog problems, officials are encouraging residents to rely on their two wheeled vehicles instead of the car. But no worries, Beijing is still a popular tourist destination to rent cheap bikes and admire the city’s landscape before taking a lunch break at a street vendor for delicious noodles. 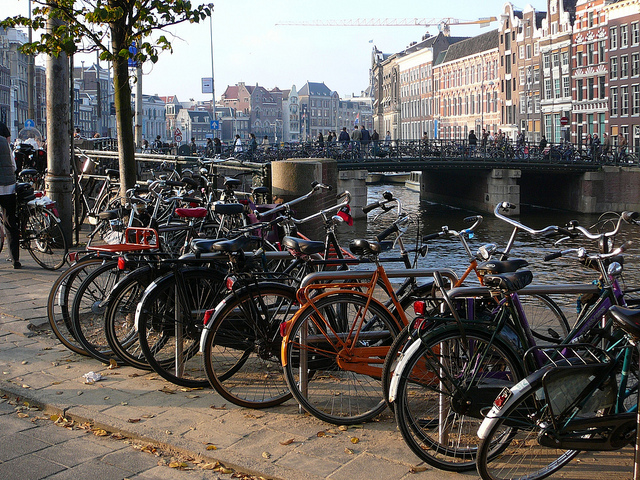 Amsterdam was built for the foot (as most European cities are). The city’s narrow streets and many canals makes it hard for cars to get around but is the perfect recipe for bicycles.  Over 54,000 bicycles are stolen annually in Amsterdam, so when visiting the city, the best way to blend in is to ride it like you stole it. 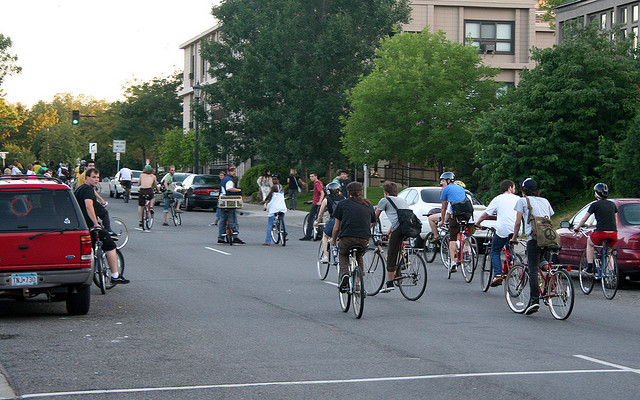 With 118 miles of on-street bicycle lanes and 92 miles of off-street bikeways, this city has been awarded several times for it’s most recent drastic changes for the safety of pedalers. However, it’s advised to come during the warmer days of the year to pedal across this city, Midwestern snow will make cycling a bit harder to enjoy. 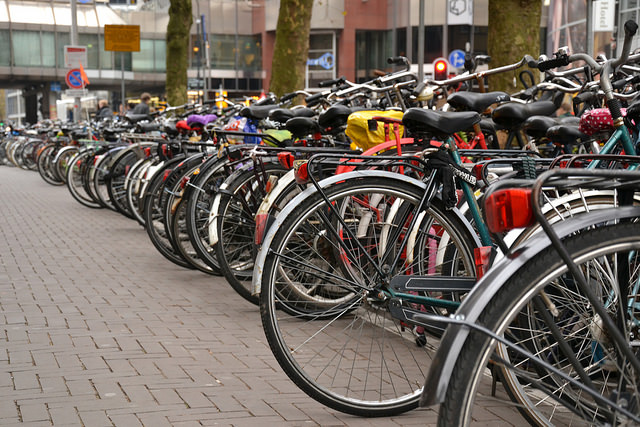 Eternally placed in second after Amsterdam for being most bike-friendly, Utrecht strives hard to surpass the city. Because of this, the city is constantly undergoing new innovations such as the world’s largest indoor bicycle parking (accommodating up to 4,200 bikes) as well as creating easier and scenic bike routes. Once you’re finished touring Amsterdam, give this city a chance. 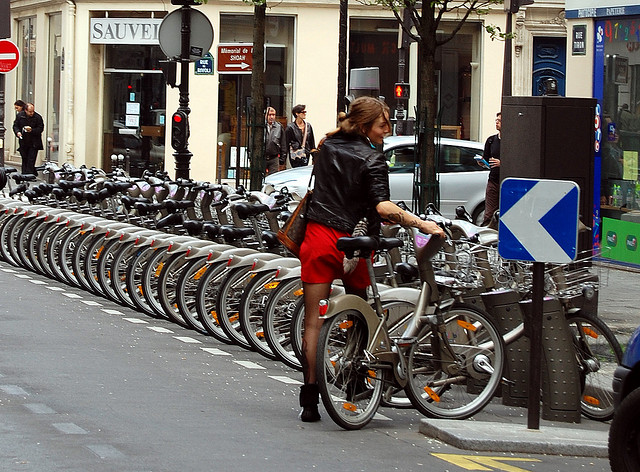 Paris, land of the brioche, French men with billows of smoke haloing over them and 270 miles worth of bike lanes. The city partakes in “Paris Respire” (translating to Paris Breathes) by closing several streets to automobiles and allowing only cyclists and pedestrians to pass through. Paris is also responsible for EuroVelo, a super-long bike trail that will cover most of Europe. So hop aboard a bike and explore the River Seine while muttering nonsense at the obvious tourists in cars. 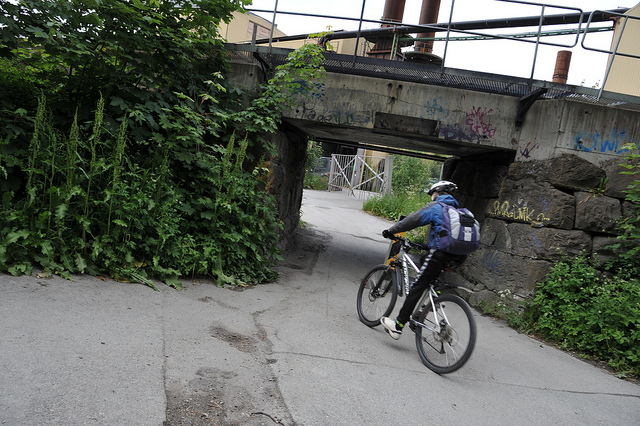 Trondheim is on this list? Norway! Yes, when not plastered with snow, the city shows its love of bicycles by having many secure and safe bike routes away from traffic. Despite Trondheim’s hilly landscape, the city invested in multiple bike lifts on steeper hills to spare cyclists from painfully trekking up the unforgiving hills. Take a cycling tour around this city and experience the escalator version for bikes! 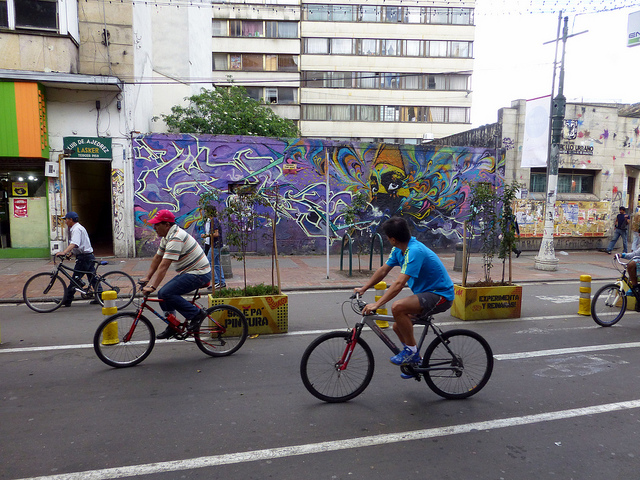 Hailed for having some of the most extensive bike lanes  in the world, Bogota has a convenience grid plan layout for cyclists. Visitors can partake in Bogota Bike Tours for scenic rides in the historic La Candelaria neighborhood while viewing mountains in the distance. 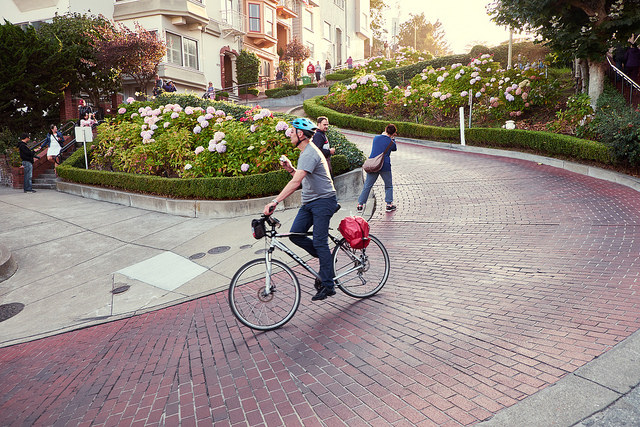 Despite its hilly landscape, San Francisco’s infrastructure caters to cyclists. The city is undergoing an intensive new Bicycle Plan to expand more bike lanes, raise awareness on safety and policies of cycling, as well as warning motor vehicle drivers to respect the cyclists. The city is also home to many bike-related festivals and events such as critical mass, bike kitchen, SF bike party and Tour de Fat (bicycle parade). 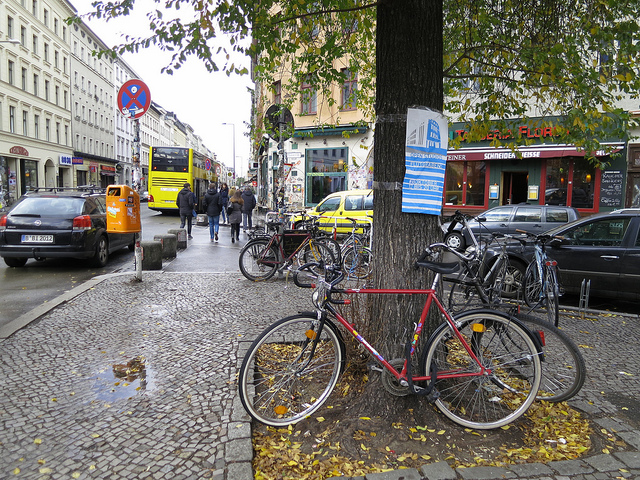 Willkommen! With over 13% of the city’s population relying on bikes for commuting, it’s hard not to place Berlin on this list. With bike lanes over the areas of where the Berlin Walls once dwelled, many Germans take pride in this new symbolic renovation. Berlin is also home to the Velodrom, an indoor cycling area built for 12,000 bikers where riders can legally bring their bikes on the S or U Bahn trains, trams and buses. 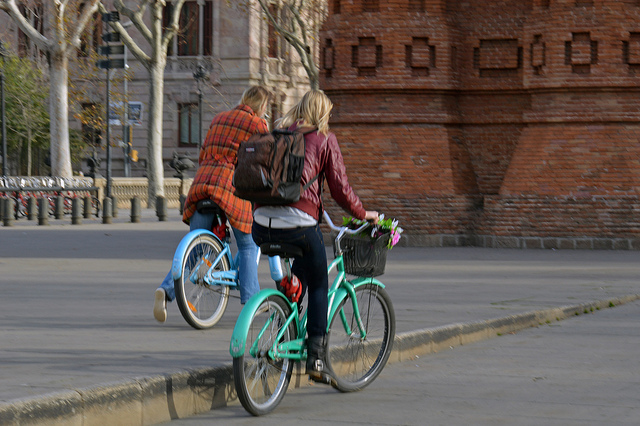 Barcelona, along with the rest of Europe is made for walking with its narrow streets and densely packed infrastructure. Cyclists find biking a much more easier way to get around to beat traffic. Bicing is a popular bike-sharing program in the city’s metro and welcomes many tourists to explore the mosaic and unique architecture of Gaudi on a cruiser.